Every new year, we are reminded of the failings of late Soviet architecture when the film comedy The Irony of Fate (1975) is seen by millions across the former Soviet Union. Zhenya is due to celebrate the new year in his recently built apartment block with his fiancée in Moscow, but after drinking with his friends he ends up on a plane to Leningrad. Having slept through the entire flight, he stumbles into a taxi, tells the driver his address and is taken to a street in Leningrad with the same name. He arrives at an identical pre-fabricated housing block complete with the same entrance hall, internal layout and decoration. He then opens the door to what he believes to be his own apartment – with his key that fits in an identical lock. In this instance, the uniformity of housing is redeemed by the love which blossoms between Zhenya and the unwitting owner of his apartment’s identical twin. You might not fall in love with the objects of post- war Soviet design currently on display at the Lithuanian National Gallery of Art, but maybe you will come to understand them in new and unexpected ways. 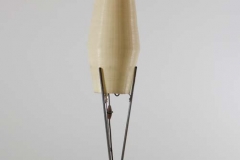 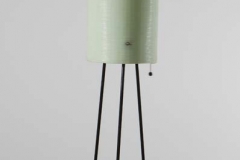 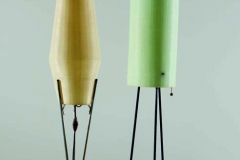 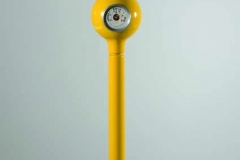 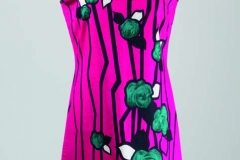 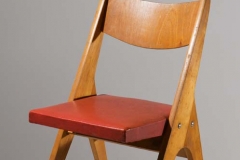 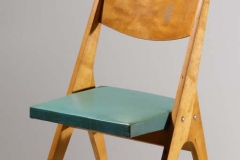 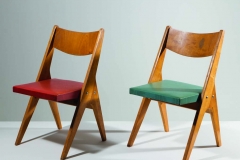 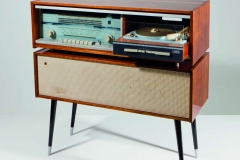 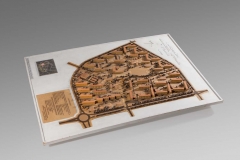 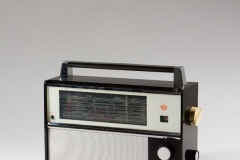 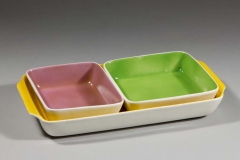 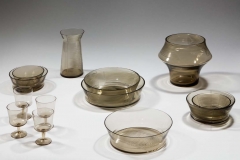 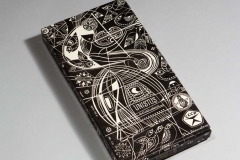 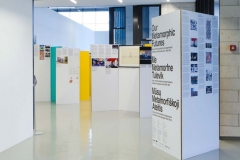 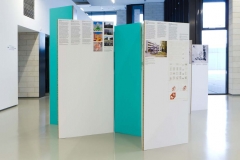 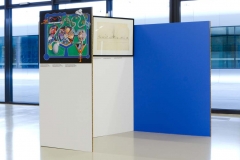 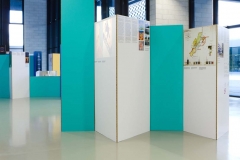 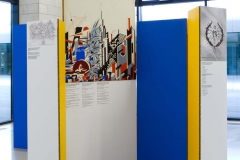 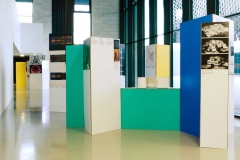 The two new shows which opened last December in Vilnius robustly challenge the view that designers and architects work- ing in the Soviet Union were little more than unimaginative slaves to state planning. Modernisation: Baltic Art, Design and Architecture in the 1960s–1970s presents a critical assessment of how individuals working in industry attempted to implement the Soviet authorities’ modernisation agenda: in architecture, urban planning, industrial design, fashion, graphics and applied art. The large collection of objects on display hints at the broad influences affecting the design of this period; in particular the revival of pre-war modernism and importation of Scandinavian taste to the region, which was then transported across the Soviet Union in the form of desirable furniture and consumer goods. Yet the exhibition is not celebratory in tone: it high- lights the fact that designers were often successful in their attempts to modernize the material environment because they were forced to think creatively around the ideologi- cal and bureaucratic hurdles they faced. The show contains many prototypes and nearly- realised dreams, alongside objects which show how the Soviet Union modernised: architecturally engaging cultural centres, cinemas and resort complexes were built, and we see the abstract mass-produced textiles of Aino Alamaa and Leesi Erm, light modern furniture and new foodstuffs neatly bundled into stylish packages.

Whilst Modernisation focuses on realized projects, we are presented with the breadth of the period’s conceptual design upstairs at its sister exhibition Our Metamorphic Futures: Design, technical aesthetics and experimental architecture in the Soviet Union 1960–1980. The self- erecting houses, metamorphic cities and designs for kinetic light shows imagine alter- native futures underpinned by rapid techno- logical advancement. Characterised by interventions into the greyness of architectural planning, avant-garde re-conceptualisations of space and the emergence of social design and environmentalism, the show presents anxious visions of a communist utopia which are both formed and threatened by the progress of technology.

By staging a show about avant-garde, futurological and experimental projects along- side contemporaneous attempts to modernize through design, the curators have produced the first major exhibition which reveals such a multifaceted, critical and tendentious era of Soviet design. On my visit, I made constant comparisons between exhibits. The growth of free time for leisure pursuits and spiritual and cultural nourishment is expressed architecturally in the designs for cinemas and concert halls in Modernisation, whilst upstairs we see how the radical urbanists NER anticipated the materialisation of these ideals in the future landscape of the ‘contemplative city’. NER’s separation of the city into living, indus- trial, entertainment and contemplative zones connected by space age transit systems and communication hubs presents a cybernetic vision of the future led by the communications revolution. Likewise, it is not difficult to see how this was inspired by the abundance of telephones, televisions and radios which were newly available to the mass consumer.

The idea that the process of imagining the future is partly a search for the redemption of the present is strongly felt. The Soviet Union was an avowedly future-oriented society geared towards completing the grand histori- cal project of achieving communism. In the 1960s and 70s this became more pronounced, as design turned away from Stalinist histori- cism towards the idea that communism could be achieved through the rational application of scientific and technological achievement to industry, which was to provide plenty for all. These exhibitions emphasise what an anxious sort of modernisation took place behind the rhetoric. The industrial design of this period is described in the exhibition text as being overly technocratic and too heavily based on ‘objective, science-based utility,’ serving the producer rather than the user. Concerns about the fetishisation of sci- entific rationalism are also expressed in Our Metamorphic Futures. The Senezh studio delib- erately favoured intuitive methods and artistic processes (even for the design of aircraft inte- riors) and Alexander Yermolaev pioneered the deliberate use of poor materials; filling the grand interiors of Moscow’s Hotel Rossia with cardboard furniture for an international design congress. These actions resonate with the ecologically and socially conscious design which is now part of the mainstream in art schools and technical colleges the world over.

One criticism I am sure Modernisation will face is that it doesn’t reflect the reality of life during the period (which would be an impos- sible and pointless task). Modernisation is never a giant leap; the new mingled with the old as televisions sat atop inherited cabinets and multi-storey car parks were erected next to opera houses. In essence, both of these exhibitions are about imagining alternate futures: one which appeared to be imminently accessible but just out of reach, the other a critical reflection of
the former, metamorphising around contemporary hopes and anxieties of what the future will bring.

Thomas Cubbin (1987), is a design historian, and studied at the Royal College of Art, London. He writes about post-war design in the USSR.

The openness of schools