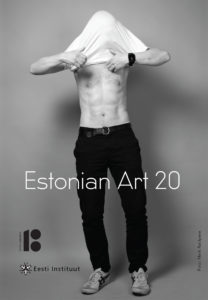 Krista Mõlder
(b.1972) is a visual artist from Tallinn, Estonia whose interest is in the relationship between a person and a space / place. Her work shows us the possibilities of photography as visual language and is full of allusions and allegories.
Marco Laimre
(b.1968) is an artist, curator and professor of contemporary art in very broad sense, from performance to relational aesthetic, from installations to painting.
Tõnis Saadoja
(b.1980) is a painter whose main interest lies in merging photographic realities with various painting techniques and concepts. His works are frequently based on architectural space, still life and the meditative nature of time.
Tanja Muravskaja
(b.1978) is a Tallinn based photographer. In her many powerful portrait series, Muravskaja deals with the themes of (new) nationalism and identity.
Tanel Veenre
(b.1977) is a jewellery artist and designer of TVJ / Tanel Veenre Jewellery. He has exhibited his works in more than 200 solo and group exhibitions around the world.
Tanel Saar
(b.1979) is an installation artist living and working in Tallinn, who was a member of Non Grata for 10 years (1998-2008).
Sirja-Liisa Eelma
(b.1973) is a conceptual painter and drawing artist, her work includes several site specific and social art projects. Her artwork is based on image study, conceptual thought and technical perfection in painting and focused on the expectations and possibilities associated with hidden or even non-existent objects.
Sandra Jõgeva
(b.1976) is an installation and performance artist, writer and documentary filmmaker living and working in Tallinn.
Raul Keller
(b.1973) is a sound, video, performance and installation artist.
Raoul Kurvitz
(b.1961) is an interdisciplinary artist who works with painting, performances, installations, video, text and sound, often merging them together into “total installations”.
Pille-Riin Jaik
(b.1991) is an interdisciplinary video artist, who lives and works in Vienna.
Peeter Laurits
(b.1962) is an Estonian photographer and Tartu university Visiting Professor of Liberal Arts. His work has been exhibited internationally since 1990, and is held in various public and private collections. He has had work commissioned for public space, such as his installation of President Lennart Meri in Tallinn Airport.
Marko Mäetamm
(b.1965) is an Estonian multimedia artist, working within the mediums of video, drawing and the internet.
Mark Raidpere
(b.1975) is an award winning photographer and video artist who lives and works in Tallinn.
Mall Nukke
(b.1964) is an Estonian artist primarily known for her paintings, collages and installations in uenced by pop art.
Ly Lestberg
(b.1965) is a graphic artist, photographer and filmmaker.
Liina Siib
(b.1963) is a visual artist working with video, photography, installation and performance. In 2011 she represented Estonia with her project A Woman Takes Little Space at the 54th Venice Art Biennale. Since 2015 she is the Professor of Graphic Art at the Estonian Academy of Arts. Liina Siib was the Editor of the Estonian Art magazine from 2002 to 2015 (2002–2012 in tandem with Eero Epner).
Laura Kuusk
(b.1982) is a photographer with a background in semiotics who works as an Assistant Professor of Photography at the Estonian Academy of Arts. Her work studies the narrative situation in art, focusing on the gaze, the (power) relationships between viewer and image, and various means of producing narratives.
Kiwa
(b.1975) is a multichannel meta-artist. He actively explores and blends di erent media, from conceptual objects to total audio-visual environments: all together functioning as a hypertextual research of meaning-making and cultural codes, collective and personal myths.
Kaido Ole
(b.1963) is a Tallinn based conceptual painter who combines techniques from different painting styles, from geometric abstractionism to pop art and nouveau réalisme.
Kai Kaljo
(b.1959) is a multi-talented artist. She is best known for her video work which has been widely exhibited internationally since 1997.
Kadri Mälk
(b.1958) is an internationally renowned Estonian jewelry artist by profession; metaphysicist by metier. As the Head of the Jewelry Department at the Estonian Academy of Arts, she has shaped a generation of Estonian jewelry artists. Mälk’s signature aesthetic is dark, esoteric, poetic and other worldly.
Jüri Ojaver
(b.1955) entered the art scene in the 1980s, he received several grand prizes from the Soros Contemporary Art Center in the 1990s. He participated in the Gwangju Biennial in South-Korea in 1995, represented Estonia at the Venice Biennial in 1999, is an active member of the art-organization Estonian Energies.
Jass Kaselaan
(b.1981) is a sculpture, sound and installations artist.
Jaanus Samma
(b.1982) is a visual artist whose work includes photos, installations and videos that explore urban space, gender studies and male sexuality.
Jaan Toomik
(b.1961) is a video artist, painter and Professor at the Painting Department of the Estonian Academy of Arts. He is often acknowledged as one of the first internationally recognized Estonian contemporary artists.
Flo Kasearu
(b.1985) works and lives in Tallinn at Flo Kasearu House Museum. She has played with themes of the private and public space, freedom, economic depression, patriotism and nationalism and domestic violence with more value placed on irony than aesthetics.
Erki Kasemets
(b.1969) is an artist whose bricolage-like works emphasizes aspects of the personal as well as using trash as material.
Ene-Liis Semper
(b.1969) is a founder of the internationally acclaimed Theatre NO99, director and artist. In addition to theatre she has excelled in video and performance art.
Andres Lõo
(b.1978) is an interdisciplinary artist and composer.

Estonian Art is a magazine dedicated to promoting art, design and architecture that has been published by the Estonian Institute since 1997. Estonian Art celebrates its 20th anniversary with a special publication that looks back on the last 20 years of Estonian contemporary art, as told from the perspective of the artists. Fifteen Estonian artists were invited to interview the artist who had influenced their work. The conversations between thirty artists are accompanied with portraits by Mark Raidpere.