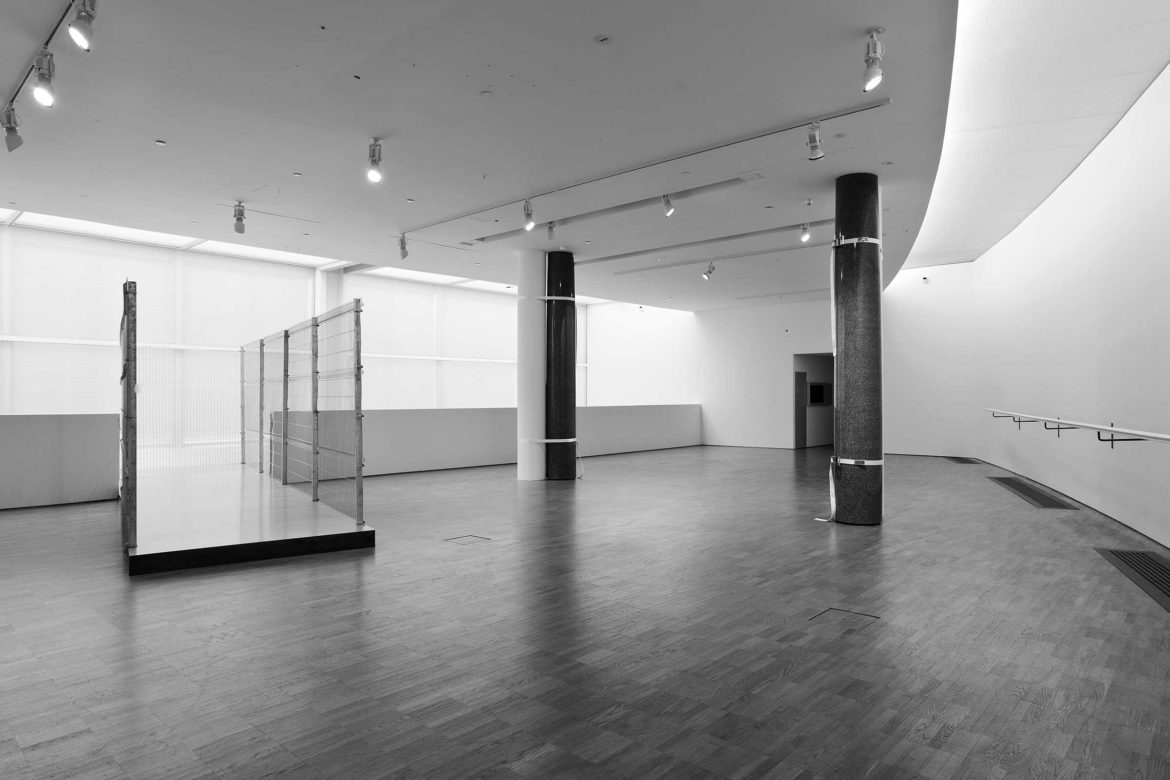 A Review of the Publication Between the Archive and Architecture.

The publication Between the Archive and Architecture accompanies and integrates the exhibition bearing the same name, on view at Kumu Art Museum in Tallinn (until 18.02.17).

The publication features a comprehensive introduction to the show, in-depth essays about the practices of the three artists whose work is displayed, as well as extensive photographic documentation of the installations in the Contemporary Art Gallery of Kumu, proposing a meticulous and lyrical documentation of the overall projects and display.

The exhibition Between the Archive and Architecture features works by Neeme Külm, Krista Mölder and Taavi Talve. The three well-known Estonian artists worked for three years developing the exhibition, eventually building a complex narration on space and architecture within the walls of the Kumu Art Museum. Even though the strategies and temperaments of the three artists differ formally – installation-based practice, photography and video, respectively – a shared interest in the notion of site-specificity and institutional critique is apparent in their research, rooted in the common look at the exhibition format as a territory to be mapped, experienced and conquered. In the words of the contributor Maria-Kristiina Soomre, “museums are always like ‘flat terrains’ for artists, similar to an early explorer’s frightening mental picture of falling off the edge if the ship moved too fast”. In the case of Between the Archive and Architecture, the building designed by the Finnish architect Pekka Vapaavuori is the terrain and co-protagonist of their explorations, willingly undertaking the transformations and risks imposed by the artists’ adventurous practices.

The publication accompanying the show performs as a script, testimony and map to navigate within the transformation the building has gone through, and offers a graceful reply to the long-standing issue of how to preserve the intensity of a four-dimensional display when translating it into a flat, two-dimensional narration. The wide white pages of the book can be easily compared to the walls of the Contemporary Art Gallery of Kumu, which the designers Mikk Heinsoo and Kaarel Nõmmik from Stuudio Stuudio have skilfully represented, translating the dialectics of measurements and gravity of formal architecture into a coherent publishing grammar made of textual volumes and sleek graphic design. The contents of the publication, among which the essays dedicated to the artists by Maria-Kristiina Soomre, Eik Hermann and Hanno Soans stand out, aim to fill the white paper walls reflecting the original pieces displayed in the exhibition space, and succeed in doing so, expanding the display of Between the Archive and Architecture into a rich historical, literary and imaginative framework.

The text starts with an introduction by the curator Kati Ilves, who walks us through the genesis of the exhibition and rightly reminds us how ambitious the museum was in hosting such an invasive display: “By allowing solutions for the temporary exhibition space to extend into the permanent structures, the institution took a big step away from its customary practices, and moved closer to the utopian ideal of subordinating practices to an idea.” The confrontation and dialogue between the artist and the institution, permeated by dialectics of affection and challenge, lack and desire, resurface in multiple passages throughout the publication. Positioning this discourse within contemporary art history enables the reader to grasp the broadly analysed shift from early institutional critique to “New Institutionalism”, loosely described as that moment in which the critique is not directed from an outside agent against the institution, but is rather absorbed and performed, in an act of self-reflection, by the institution itself. Between the lines of Between the Archive and Architecture the reader will find a brand-new examination of the issue.

In fact, Kumu isn’t described only as the setting in which the critique is performed, but rather as an actor, an accomplice and a partner-in-crime of the artists themselves. The essays in the publication narrate the stories of a respectful negotiation and a passionate provocation between the artists and the museum, its space, and even history itself, in an ideal romantic courtship well symbolised in Neeme Külm’s piece “Flowers to the Curator” (2016), an innocent black and white picture of two roses, which occasionally starts to revolve around its axis like a poltergeist in the exhibition space. A question arises spontaneously a few pages into the book: can institutional critique be performed as an act of love?

Neeme Külm’s work is approached by Maria-Kristiina Soomre’s essay through the metaphorical overlapping of his private life as a professional art exhibition installer and sailor with his artistic practice, which directly draws the visitor to the exhibition into a shared search for strategies to survive the forces of nature: “Neeme seems to be reminding his colleagues and visitors that the division of roles and the mutual trust between members is vitally important both in putting together an exhibition and at sea”. There follows, in the publication, a theoretically compelling, as well as wildly imaginative, piece by Eik Hermann about Krista Mölder’s photographic research, in which the tension between abstraction and visibility, latency and absence, is investigated through a text written in the boundaries between philosophic treatise and love letter.

Hanno Soans wraps up the trio of monographic essays, accompanying the reader on the intimate and imaginative search of Taavi Talve for Epp Kotkas, an Estonian performer active in the experimental dance scene of New York in the 1960s-70s and completely unknown in her homeland.

The strategies performed by the artists in the institution seem to overlap and connect in the warm understanding that the abundance of love can only be understood through mutual loss, and vice-versa. As Brian Kuan Wood puts it: “Love’s joy is not to be found in fulfilment, but in recognition: even though I can never return what was taken away from you, I may be the only person alive who knows what it is. I don’t have what it is you’re missing, but knowing its shape already makes a world where you can live without it.”

The publication is affected by the inevitable collapse of the categories of institutional critique and affection, where the contributors involved in Between the Archive and Architecture seem to conduct the reader through a new understanding of the relationship between the museum and its community. Notions of self-questioning and critique are appropriately replaced by modes of thinking and inhabiting together, in which the politics of hospitality initiated by the institution reflect a shared understanding of contemporary art as a zona franca in which to learn together how to think like the wall, and therefore to become, together, the space itself. In these terms, a confident undertone is given to the Estonian folklore phrase “Everywhere is better than anywhere else”, the premise of Kati Ilves’ curatorial text, in which the utopian search for a better situation finds a temporary reply in the acknowledgement of the attempt to shape it together. 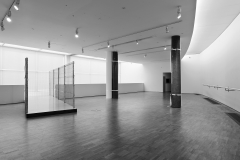 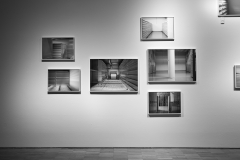 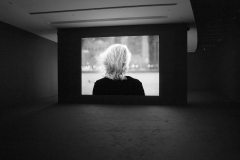 Lucrezia Calabrò Visconti (b.1990) is an independent curator based in Torino, Italy. She is currently a participant of the de Appel Curatorial Programme, Amsterdam.