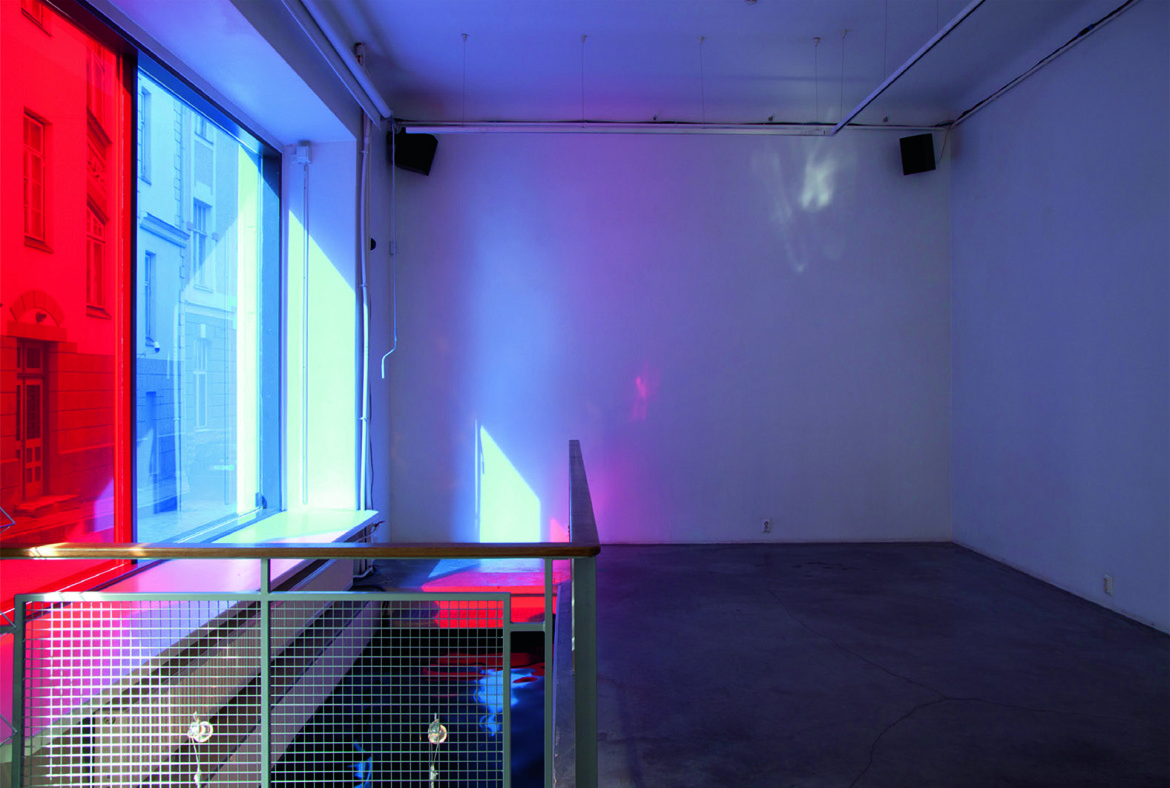 The installation artist Neem Külm was awarded the Cultural Endowment annual art prize this year for his artistic achievements in 2012. This is not the first official acknowledgement for this mid-career art hero, and hopefully not the last. Year by year, he has displayed a unique competence in building bleak and uncanny environments that urgently express Marc Auge’s term ‘non-place’, but also, in a somewhat contradictory manner, Gaston Bachelard’s poetics of space. Galleries, spots in public space and suburban wastelands with an industrial past have witnessed, with a little help from Neeme, a peculiar symbiosis of these two sensations of space, which by definition would seem to cancel each other out. 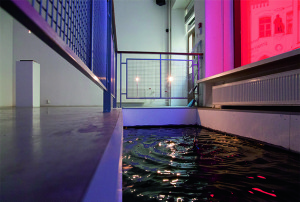 To provide a face and more palpable appearance to Neeme Külm’s enigmatic praxis of space building, let us recall James Turrell, Anish Kapoor, Mike Nelson and Martin Creed from the ABCs of contemporary art. Roughly speaking, all of them have addressed certain qualities missing, or should I say methodically excluded, from the public and private spheres of the capitalist modus vivendi. It is hard to put my finger on this particular missing quality without crowding the discussion with more names. Henri Lefebvre argues in The Production of Space (1974) that nowadays, i.e the 1970s, a space “is determined economically by capital, dominated socially by the bourgeoisie, and ruled politically by the state.” The concern with space of the above-mentioned artists is primarily about dismantling the attributes of space and the very space in question itself by reappropriating it through undermining site-specific tactics. Hakim Bey has introduced the term ‘temporary autonomous zone (TAZ)’ to frame a kind of attempt to cut even makeshift gaps into the fabric of capitalist social order. Neeme Külm also seems to blend into the situationist company of puritan space invaders trying to detour and jam the “integrated spectacle going by the label of liberal democracy” (Guy Debord).
In clear contrast to the abundance of references in the present text, Neeme Külm radically eliminates any conceivable cultural or social gravity in his recent installation environments to provide room for genuine qualities of physical space here and now. Therefore, beyond the social functions of space, the very phenomenon of space itself is manifested in its own rights and conditions, full of its own echos, perspectives, vantage points and doubled shadows. Autarchy is the word that describes the modus operandi of these perceptional mirages. On 11 April 2012 he opened his solo Pinnavirvendus (Surface Shimmering) exhibition at the Hobusepea Gallery in Tallinn and introduced a radical rupture with reified and commodified culture for the first time in his artistic career. The revelation was assisted by the launch of the ponderous and ominous Black Book, filled only with black pages. His iconoclastic sensitivity to oppressive space policies surfaced in his installation of a genuine gas pipe between the Russian and German pavilions at the 2008 Venice Architecture Biennial, testifying to state space policies ruling over environmental hazards. Yet now he has abandoned political criticism in favour of a radical Foucauldian discursive rupture, creating a threshold to perceptional integrity with our immediate surroundings. Transforming a gallery space into some kind of abstract sonic ambience is the recipe here for an escape from the integrated spectacle.
Abstract autarchic ambience (AAA) – how is it done? What is the chefʼs tip here? Pretty much in the manner of Hakim Beyʼs instructions for building TAZ, the golden rules of AAA may be the following:

3. Dim the interior lights to twilight

4. Deprive the space of its routine functions

6. Taint anything taken for granted

Perhaps these hints are not a DIY manual for Neeme Külm’s art, but they come close. The Hobusepea Gallery went all-out to host these maneouvres, which is not to say that the gallery had a million dollars to throw away. The gallery had lost its integration to the art world for a while, being converted to a pool of sonic and percussionist vibes, light reflections and diverted illuminations able to exist only in these designated premises. No commodity could be taken out of them for further trade in the spirit of creative industries, so dominant were these days in the culture policies of Estonia. 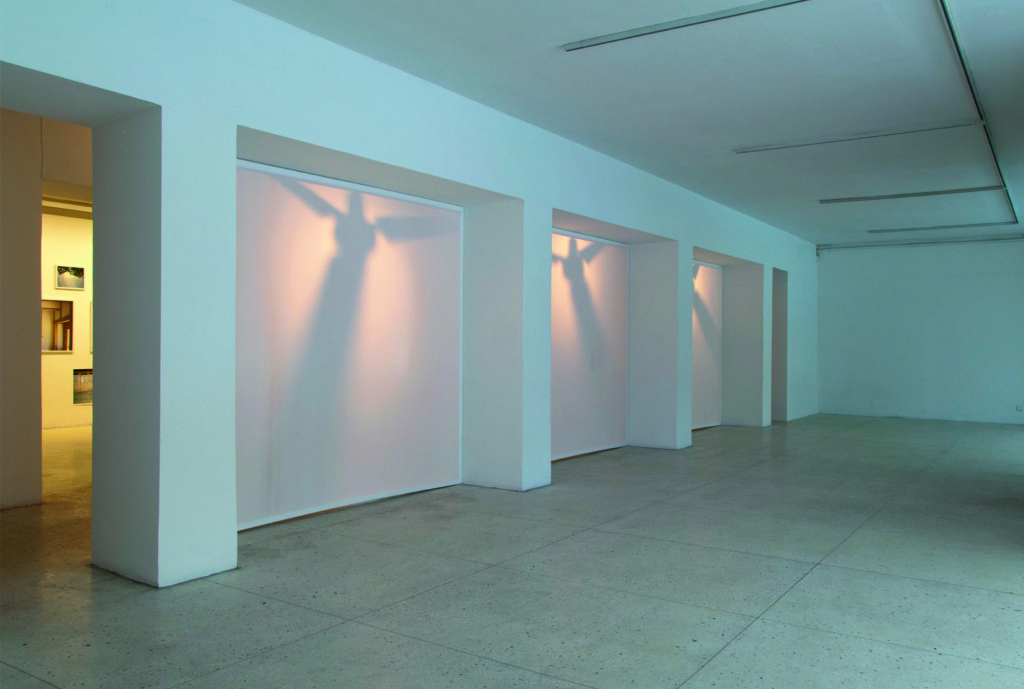 The end of the year saw another outburst of this dissident space policy at the Gallery of Tallinn Art Hall. Under the title Kohalolu (Presence), and together with the photographer Krista Mölder, a brand new AAA was established to provide a conceptual introduction to Krista’s photos on contemporary office landscapes indulging in Zen tranquility. Once again, another space was built within the premises of a gallery encouraging speculation on the conditional nature of our space sensations. It could be that space is as much narrated as staged in the common sense by liberal ideology. One need only think of such notions as market capitalization or the free flow of a labor force to realise the flexible, conventional and diffuse character of  today’s spacial perimeters. Why not fight it with its own medicine? Why not build, here and now, emphemeral shelters where the cannonade of liberal imperatives becomes irrelevant and disappears? Yep, letʼs add some smoke and mirrors on our side too. Could it be that one of these days the effect will reach much larger audiences than the award juries of the Estonian Culture Endowment.