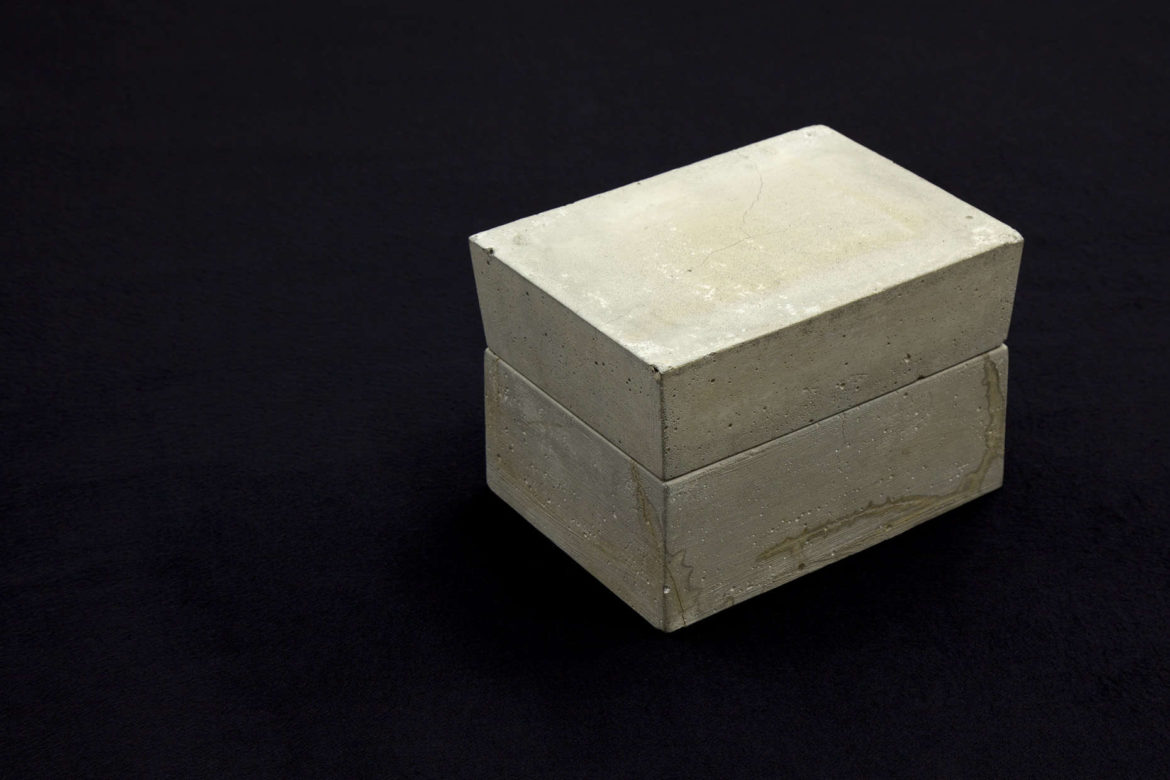 Flickering outdoor candles guide people inside the freshly renovated Kultuurikatel, the creative hub situated in the historical Tallinn Power Plant building. The door at the foot of the 90 meter red-brick chimney leads through a labyrinth of corridors to a windowless concrete hall, where everyone is given a reflective mask and the occasional nibble of cotton candy. This is the presentation of the second issue of an art-project/magazine with a shifting name, identity and editorial board.

The people behind the project are young art writers and graphic designers with a common Estonian Academy of Arts background. For this year’s issue, the co-editors of the magazine are, in alphabetical order: Madli Ehasalu, Marten Esko, Viktor Gurov, Eva-Erle Lilleaed, Evelyn Raudsepp, Brigita Reinert and Eda Tuulberg. “We try to maintain a non-hierarchical work environment. Everyone brings new ideas to the table and weighs in on making decisions.” the team explained, in a group interview.

The goal of the project is to address the question of experimental art writing, as not much is to be found in Estonia. “We try to encourage writers to be more experimental and playful with the format and visual appearance of texts. If one takes one’s own writing as an art form in itself, that might act as a catalyst for changes in art writing. So in that sense we could say that we are interested in authors’ texts, compared to say cultural journalists texts’ or critics’ texts or just texts.” And they have done exactly that by experimenting with ways of writing and presenting texts.[1]

The first Estonian language only issue called Uus Materjal (New Material), was an impressive custom-made six-kilo concrete box containing texts and art objects tackling the topic of new materialism and the return of materiality, with contributions from art writers, philosophers, engineers, designers and artists. It was a phenomenon when it came out in 2014. Not only was it a collector’s item, but it also managed to conceptually link its form and content into a seamless whole. “Both of our issues fall between being a magazine and an art object. Instead of being a publishing house or an art collective (or alternating between the two), we could describe ourselves as a project-based creative editorial team” said the editors.

After the very successful first issue, they have come out with a new English-Estonian bilingual instalment, appropriately entitled Uus Number! / New Number!, continuing the project with the topic of communication, hype and populism in contemporary art and culture. Again, more than just an art magazine it’s also a carefully conceptualized object with a design that is in dialogue with the previous issue. In stark contrast to the heavy concrete box issue of New Material, the new issue New Number looks like a half metal foil half translucent bubble of air – a publication heat-sealed in a plastic bag filled with air.

The topic of materialism is brought home and works off of the Marxist perspective of creating added value by communication and hype, and focusing – in a figurative manner – on the air surrounding the product. The air is just a symbol and should not be read in a judgemental way. It’s there; it’s the core of the thing. Commerce is everywhere and the field of art and culture is no exception. The measures taken to succeed, to achieve goals, to reach an audience, can all be described in terms of branding, marketing, communication and pubic relations work. Art is made to be communicated.

In an interview with Tallinn Television, Evelyn Raudsepp, one of the editors of the magazine, wearing a mask, talked about a short story written by the Dutch art critic and gallerist Kitty van Leeuwen that is included in the current issue. The story is about an important exhibition opening, with the entire international art scene present. After wine, gossip and professional networking, the audience is given masks with reflecting surfaces and finally shown into the exhibition space. To their amazement, all of the rooms are empty except for the last one, where they find a sculpture covered with the same kind of reflective material as their masks. The fable-like story polemicizes the tendency of the professional art world for constant navel-gazing. Repeated in real life at the New Number! launch, it was a joke on everyone present, with masked people from the local art community inadvertently fulfilling the prophecy.

Aside from the overall concept, New Number! is an interesting piece of critique and analysis of the local art world, reflecting on the rapid professionalization of art and culture management in Estonia. Interviews with some of the key players in the Estonian art scene reveal questions they are dealing with in order to build up a support network for developing artists’ careers in the international art world.

In our pragmatic world, only art that has visibility is appreciated. Art management and communication have become central parts of the contemporary art world, as most of the writers have emphasized in their writings. In helping artists gain international recognition, it takes a group effort to spread the word and create leverage. With a country the size of Estonia, it has always been a question of how to become part of the larger art scene and art market, how to gain visibility and credibility. This can be achieved only through professional contacts and a long-term strategy. A few cases emerge from interviews and articles that embody the recent success stories of “breaking through”.

One of the most notable cases is the Temnikova & Kasela Gallery, which has had an unparalleled impact on the presence of Estonian artists in the international art market. For the gallerist Olga Temnikova, last year was particularly successful, with the unprecedented amount of international media coverage Kris Lemsalu and her installation/performance Whole Alone 2 received following the Frieze Art Fair 2015 in New York.

Another PR success story involves the giant megaphones installed in a forest in southern Estonia, also in 2015. It was a school project carried out by the students of the Interior Architecture Department of the Estonian Academy of Arts under the supervision of Hannes Praks. In New Number!, Triin Männik shares her experience of doing PR for the project, which went viral and ended up receiving unprecedented publicity, from specialised blogs to big international media outlets.

“We have started the research process for the theme of the next issue,” said the editors of the magazine when I inquired about the next issue. With just two issues under its belt, the project is still taking baby steps, but by generating fresh ideas and presenting them in unconventional ways, New Material and New Number! have proved to be a promising start in pushing the limits of art writing in Estonia. 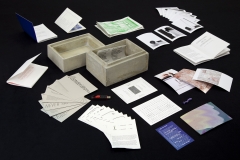 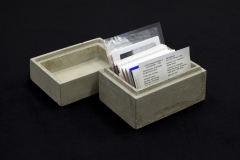 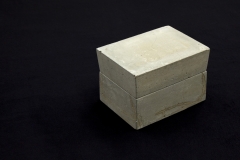 [1] This approach to art publication is inspired by the legendary US multimedia magazine Aspen published by Phyllis Johnson between 1965–1971, with a total of eight issues. Aspen was a conceptual publication delivered in a box containing booklets, sound recordings, posters and postcards. Each issue had a new designer and editor – among them Andy Warhol, Dan Graham and George Maciunas. The digitalized content is available on UbuWeb at www.ubu.com/aspen.

Martin Rünk (b. 1982) is an art critic and PhD student at the Estonian Academy of Arts.

Sensibility of Space in the Studio Practicalities of Estonian Millennials

Post-Internet and Its Animals