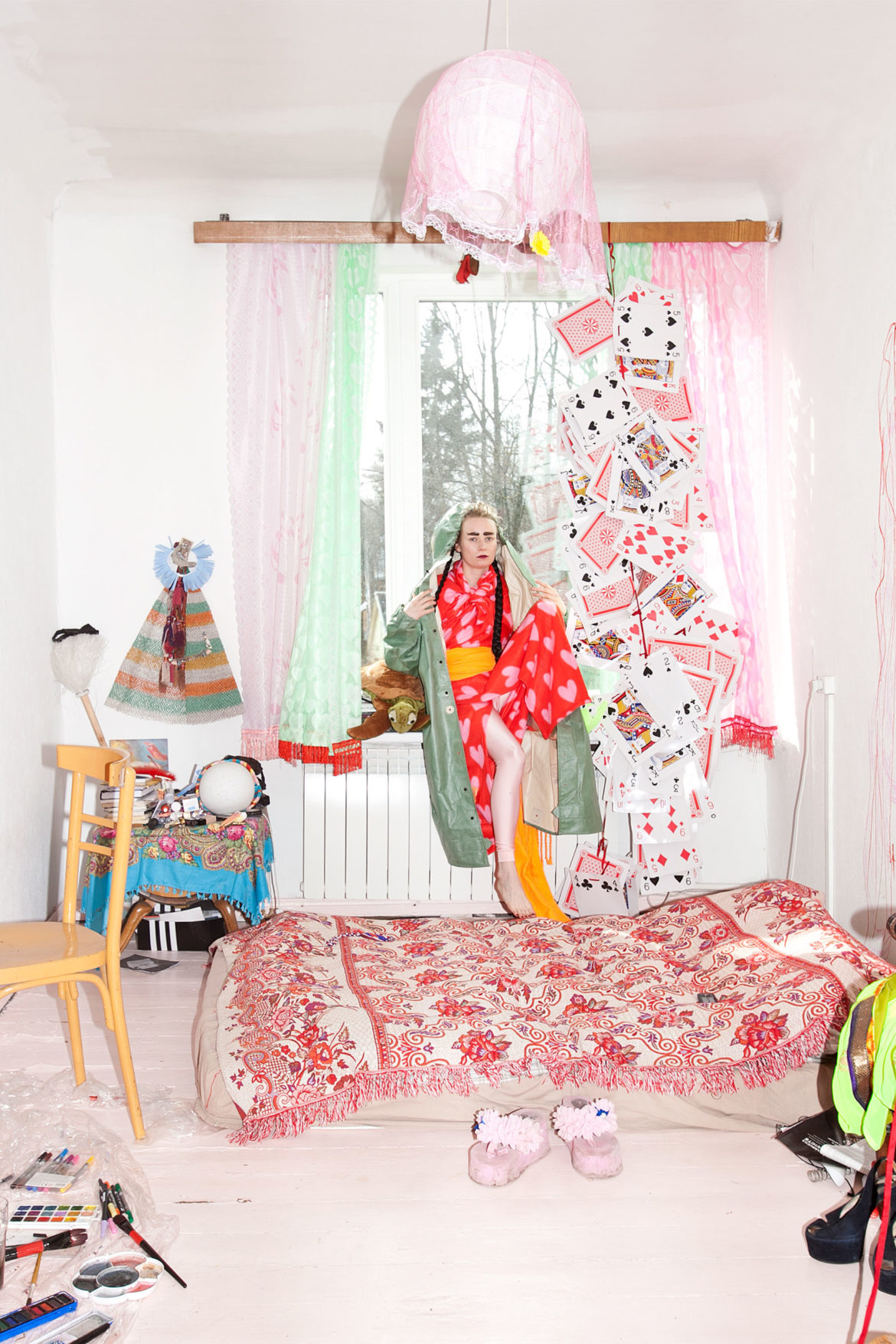 Sensibility of Space in the Studio Practicalities of Estonian Millennials

“And yet we do not want to create empty hype or package a ‘hot young scene.’”[1]

Since the mid-1960s, the studio has been demythologized and “associated with a variety of out-dated or suspect ideas – painting, handcraft, genius, expression, autonomy and commercialism – as opposed to ostensibly more serious values: public life, concept, criticality, sociality and refusal”[2]. It resulted in  a new attitude, which includes alienation from the studio as a traditional entity and artists often moving to exhibition locations to create site-specific projects. The authors’ foreword gives a thorough overview of the changes in studio practices. The reader is guided from a lonely and romantic spatial approach to salon culture to a controlled creation of self-presentation.

There has also been a semantic change in what artists’ working spaces are called, and it is more widely accepted to use the term “studio” instead of “atelier”. The concept of a studio is connected with the intertwining of living and working spaces, and the emergence of studio apartments, which are working places in which you can live. In the 20th century, studio apartments became more common in the US, first in New York, and in the 1930s illegal loft types of studio apartments in factories emerged, which gradually became legal. The advantage of a permanent working environment is that it is a “social stage within art circles and on the broader societal level, connecting different social groups to each other”[3]. This kind of communication work has been done by the Estonian Contemporary Art Development Center, which has organized public studio visits, popularizing the presence – if not the consumption – of contemporary art in the cultural sphere.

Looking at the pretext on which the authors rely, there has been a notable emergence of a discursive tradition in Estonia on the subject of creative work conditions. The book consists of “Ateljee-etüüde” (Etudes in an Atelier, 1983) and “Ateljee-etüüde 2” (Etudes in an Atelier 2, 1990) by Martti Soosaar and the “22+ Young Estonian Artists” compiled by Karin Laansoo. When comparing”Etudes in an Atelier” to “Artists’ Spaces” the stylistic difference seems to lie in the fictional and somewhat romantic and poetic content of Soviet era art-writing. Soosaar’s writing is descriptive and interpretative. The “22+ Young Estonian Artists” is based on informal artist-talk kind of conversations. However, “Artists’ Spaces” presents interview questions skillfully, directing the reader to recall existing knowledge about particular artists, while unraveling various aspects of life.

Airi Triisberg comments on the changes arising from the professionalisation of the art field that “the more the local art world is institutionalized, professionalized, normalized and commercialized, the more dominant the depoliticization of the art life [….] the shifting of focus to exhibitions has restricted the discursive spaces that associate art practice with social context”[4]. The point of view of present-day young artists is not mixed with feelings of anguish or anarchy anymore, as can be perceived in the undertones of previous books, but is rather pragmatic and self-organized. “Artists’ Spaces” reminds the reader of the mundane in the process of art creation that precedes the purified and readily presented object at an exhibition. Interviewers’ questions drift further from artists’ work routines and deal with wider aspects of international art world buzz, such as residencies, the circulation of artworks and the project-based lifestyle. It is a commonly held belief that the work culture of millennials has been influenced by the social changes that took place during their childhood. Jobs emerging from that era allowed for flex-time and freelancing. This generation is also tech savvy, but the conversations show that when it comes to working on a computer, a balance is sought with physical activity. The interviewed artist is autonomous, often works collaboratively and has a project manager’s mindset.

Resulting from developments in Western thought, the meaning of the studio has changed dramatically in different stages of history. The idea that a studio is like a Wunderkammer, a symbolic space with layers that enables the viewer to experience the mindset of the resident of the space, is an outdated understanding. What becomes apparent from the authors’ preface is that the current studio should be mainly explored as a practical work space, rather than as the instrument of self-mythology and self-presentation I hoped it would be. Thankfully, Kristina Õllek’s praiseworthy photographs of spatial observations provide the opposite view, showing us the personalized experience of the spaces. These photographs bind the book together quite well. When interpreted through the French philosopher Gaston Bachelard’s concept of the poetics of space, the case studies by Õllek can be seen as a way to search for the poetic image. Bachelard claims that when looking for a poetic image, it is not possible to proceed from previous cultural knowledge; instead, one has to remain open to receive “the image as it appears”[5], describing the gaze of a photographer.

What can be seen in these photographs is a certain Stimmung that forms the basic tonality of being an artist today. Atmosphere and mood are converted into white walls, sound systems, storage shelves, doorways, rooms with views, with gadgets scattered on tables and kitchen counters. Õllek’s photos analyze the content and context of spatial strategies. Between full page images are twelve thematically divided collections of small format photo collages, these images have been categorized according to layers that have emerged in given spaces. The visual typology that depicts artists with their backs facing the camera, operating in their usual setting, anonymously and turned away, is particularly worth mentioning. The photographer has not violated their privacy and the attitude towards the residents is respectful. The found poetic figure is fresh,unique and highlights the user experience.

The interviewers and the artists are of the same generation, and a mutual understanding is obvious. I hope that the book will reach a wider audience than the local artistic community and that the English version will give an additional boost to introducing young artists’ works to international professionals, thus functioning as a means of professional communication. I’m already anticipating a publication about artists born in the 1990s, as they just might be the rule benders needed to guide the current generation.

Madli Ehasalu (b. 1988) is a curator and a creative worker. She is currently working on the apartment gallery project Gallery Mihhail, and is the editor of an art project-magazine “New Material”.