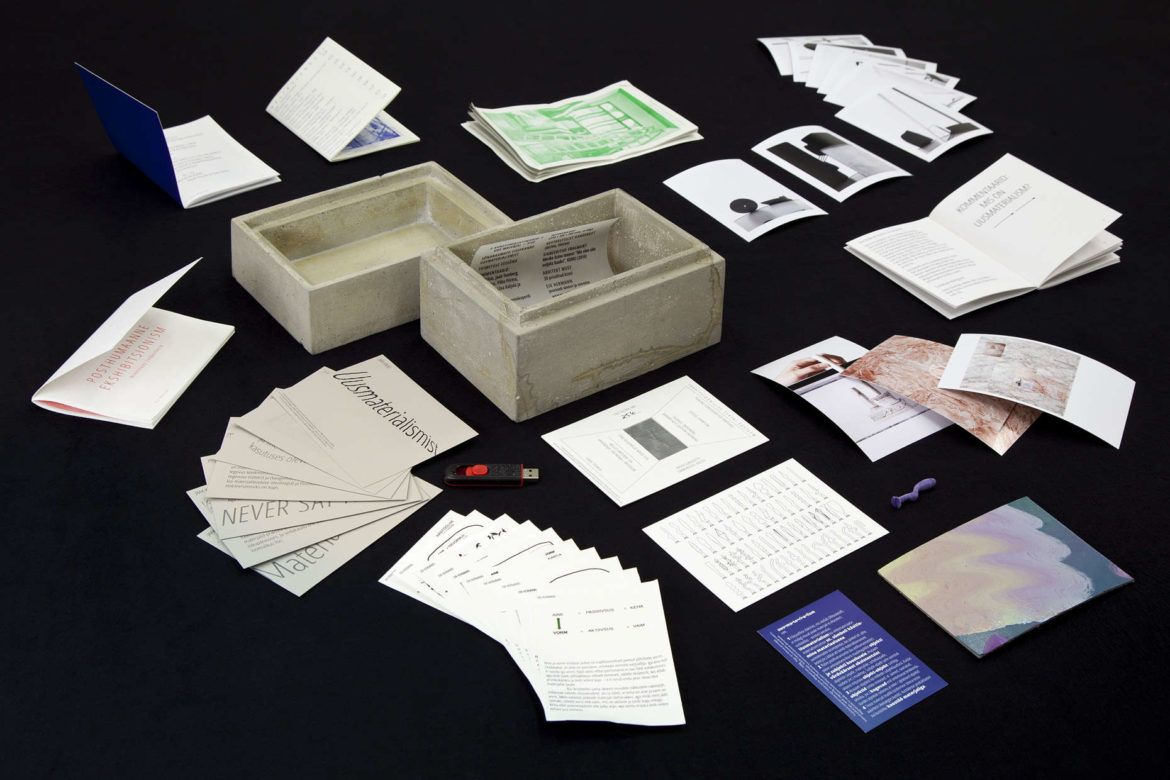 What is the concept behind this project?

The whole project grew out of the need for a more diverse and experimental way of writing about art and culture. The main idea behind the project is that the theme of the art project/magazine should determine everything: form, content, working methods, title, team etc. We basically re-invent the format of the magazine with each issue. But we have set ourselves a few rules:

1) The print run must grow with each issue, starting at 111 for the first issue and increasing to 999 for the 9th issue.

2) The publication is offline only.

3) The form and content have to complement each other and be intertwined.

How was your team compiled and what is your work process like?

It came to life with a group of Masters degree students studying Art Theory at the Estonian Academy of Arts. With the second edition, New Number!, the creative team changed slightly by adding people who were genuinely interested in working with us. Furthermore, a new graphic designer joined the team. We would like the compiling of the team to be adaptive to the art project/magazine we are working on. New people interested in the current topic will join in, while others might become less involved or leave the team.

We are trying to maintain a non-hierarchical work environment. Everyone puts new ideas on the table and weighs in on making decisions. While the graphic designer has a specific task throughout the work process, designated duties are dispensed later on during the production period.

The first issue was in Estonian, but the second issue was also in English. Is your ambition to reach an international audience and what has the international feedback been so far?

There were many reasons to go bilingual with the second issue. Firstly, we had gained international attention with the first issue New Material, but as it was only in Estonian some of our international readers and collaborators only had the chance to enjoy the physical form. Secondly, the theme of the second issue – art communication, populism and hype – is a key topic for contemporary art institutions, as well as independent artists dealing with communication issues on a daily basis everywhere, so sharing know-how and experiences and getting broader feedback is useful. We also invited collaborators from Poland, Finland and the UK. And of course the increasing print run means we are in search of wider audiences.

What role does branding and corporate image play in this project?

If there is a role, it involves being something to play with. Our concept does not support a functioning brand: the title, team, format, design, almost all of the characteristics that could be recognized as belonging to one brand, change every time. There is no agenda of fighting against corporate tactics and management. It works out that way organically – which we very much enjoy – but it is not a focus point of our concept.

Although we use the word ‘new’ (uus) as a continuous element throughout the publications and we are also registered as NGO New Material (MTÜ Uus Materjal), the ‘new’ is actually a search for innovative ways to present the material gathered as a magazine.

How would you describe the current state of art writing in Estonia? How do you see your position in the local scene?

There is not much experimental art writing to be found in Estonia, which is mainly due to the lack of experimental publications. Furthermore, the system of commissioning and executing texts for the mainstream, as well as cultural newspapers and magazines, hinders creativity. Writers often stay within the limits of the traditional discourse of art criticism and of the ‘standards’ of given publications. As it’s extremely difficult to create sufficient critical discourse with a short text in a short time frame (give feedback, analyse, be critical, make generalisations and be enjoyable to read), texts are mainly descriptive and superficial. Hence we try to encourage writers to be more experimental and playful with the format and visual appearance of the text. If one considers one’s own writing as an art form in itself, that might act as a catalyst for changes in art writing. So in that sense we could say that we are interested in ‘authors’ texts’, compared to say ‘cultural journalists’ texts’ or ‘critics’ texts’ or just ‘texts’.

Both of our issues hang between being a magazine and an art object. But instead of being a publishing house or an art collective (or commuting between the two), we could describe ourselves as a ‘project-based creative editorial team’.

Why have you chosen to publish the magazine only offline?

The actual physical form is a strong part of the whole identity of the project. Our first issue, New Material, was a 6kg concrete box containing various artefacts and multiple booklets printed on 16 different kinds of papers. The reader gets the chance to experience the magazine as a physical object before reading it: touching it, smelling it and playing with it. The second edition looks more like a conventional magazine but it’s packaged in an ‘art hype’ bubble: the reader has to break the hype bubble to access the content. We have heard that some of our readers haven’t broken it yet, wanting to preserve the original form. Without experiencing the physical form, it would be an incomplete experience and we did not want that. In addition, it also diminishes the verbal dominance of sharing the information and artistic experience, which is very important to us.

What are your future plans and do you have a next issue in the making?

We have started the research process for the theme of the next issue. We are still bringing in new editors who support our concept and idea of working. To test ideas or decide which direction to go in, we have set ourselves a 14-week series of tasks, and after every two weeks we complete a task related to the proposed theme. Each task was assigned by one member of the editorial team. We are not sure where it will lead us: will we find inspiration or more concrete ideas to move forward, or will we abandon the overall theme? As we have given ourselves the freedom to be a non-periodical magazine, we will certainly take the time to sort out the best idea for the next issue.

Martin Rünk (b. 1982) is an art critic and PhD student at the Estonian Academy of Arts.