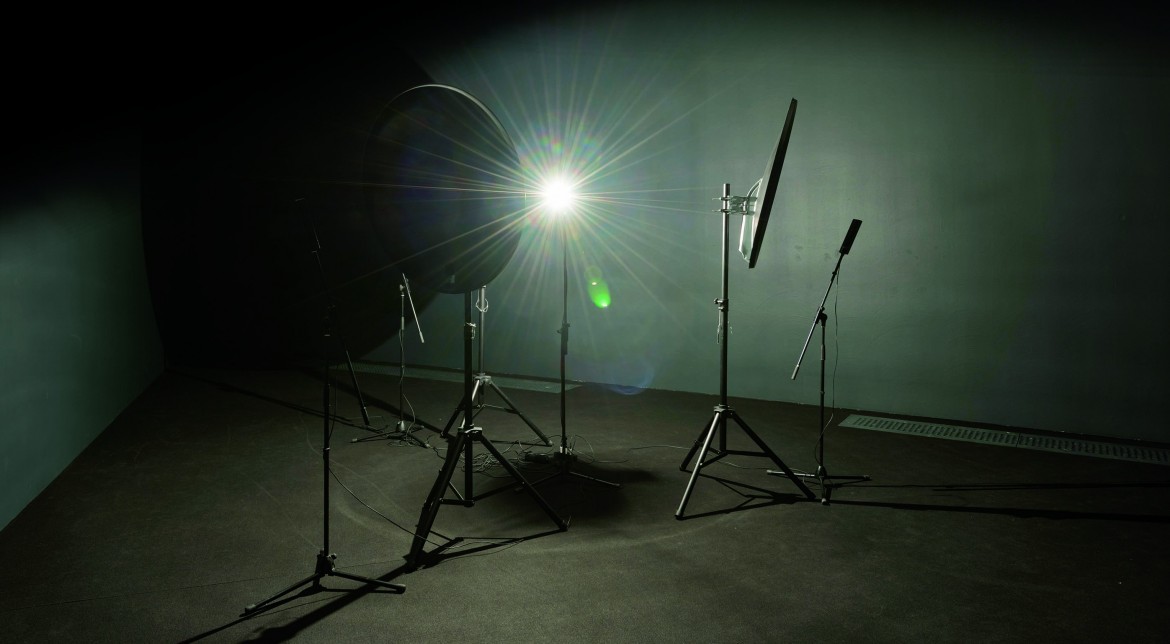 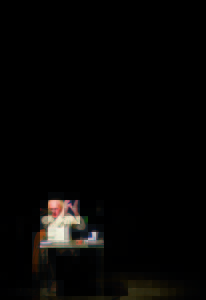 Performance-lecture by Vladimir Tarasov on 27 September 2013 at the Kumu auditorium, Tallinn.

1.You were born and raised in Archangelsk, a city in the north of Russia near the White Sea. There you started to play drums and take an interest in jazz. What was Archangelsk like back in those days and what brought you to jazz and the drums? Why the drums, instead of some other instrument, such as piano or violin.

I was five or six when I first heard Louis Armstrong’s orchestra and his voice. It was impossible for me not to fall in love with that music, and for some reason I decided straight away that I wanted to be a drummer. At that time Archangelsk was probably the biggest commercial port in the country, so there were a lot of foreigners in town, who brought us records and written material on jazz. There was actually a similar situation in Tallinn. Plus we listened regularly to the jazz hour on the Voice of America radio station, every night at 2315. All of us jazz lovers were able to meet the host of that programme, Willis Conovor, at the 1967 Tallinn Jazz Festival. To this day it remains a mystery to us how Heinrich Schultz managed to organise such a top rate festival, for which of course he was never forgiven by the Soviet bosses.

St Petersburg was considered the city of Dixieland, and there were a lot of good bands playing that music, maybe because the authorities in the city forbade any manifestations of more modern styles of music. At the conservatory one couldn’t even mention Arnold Schoenberg’s name, although by that time he was already recognised throughout the world.

3. You moved to Vilnius, Lithuania in 1968. Was the attitude toward sound culture there different from what you experienced in Russia (St Petersburg)? What made you to stay in Vilnius and not go back to Russia or escape abroad?

I was invited to play with the jazz orchestra of the Vilnius Philharmonic, and it was not difficult to become part of the team, and part of the cultural community of the city, since all the musicians, writers and artists, I mean those who didn’t want to serve the authorities, lived their own lives, completely independent of Party life. It was a small intellectual underground, in which everyone was closely linked and knew similar people in all the large cities and republics of the Soviet Union. From the Philharmonic I transferred to the Radio and Television orchestra, and then to the Vilnius Symphonic Philharmonic. So in Lithuania I ‘grew up’, and it became my home. Ganelin and I met in Vilnius, and we formed the Ganelin-Tarasov-Chekasin Trio. We performed in many countries, all over the world, with that trio, and released a lot of records and CDs in the West.

4. You visited the other Baltic States several times during the Soviet period. Compared to Russia and Lithuania, what was the music/jazz scene here in Estonia like? Whom did you meet and collaborate with while playing here? Which events did you participate in?

In the Soviet period, they watched television from Helsinki in every kitchen in Tallinn, and it was of course a Western outpost for non-official artists and musicians. Of course there were wonderful friends and acquaintances, such as Tõnu Naissoo, with whom I have often played, Rein Ranap, Raivo Tammik, Valter Ojakäär, Tiit Paulus, Jaak Sooäär and the indefatigable, endlessly energetic Anne Erm, not to mention Tõnis Vint, Jüri Arrak, Sirje Runge and Raul Meel. All of these artists are the pride and identity of Estonia. I have given many concerts in Estonia, mostly in Tallinn, but also in Tartu and Pärnu…The last concert was several years ago on a tour with the Joseph Nadj Theatre from France.

It was of course the influence of many friends, most of whom are artists, and in particular Ilya Kabakov, whom I worked with in the 1990s. Then I began to work independently. I define my works to myself as ‘Sound Games’. After all, I came into this area from music, specifically from jazz, so in my works I leave space for improvisation within the bounds of the given idea. 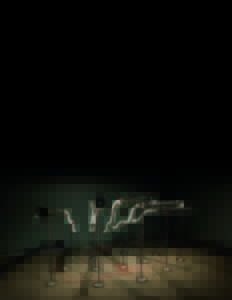 Raul Keller. Torpedos in. 2011. Sound installation. Courtesy of the artist. Exhibition Out of Sync – Looking back at the History of Sound Art at the Kumu Art Museum, 2013.

6. Sound art, as we understand this (still complex) term today, developed from different roots in visual and sound culture. ‘Sound Games’ installations can be linked to the sound art phenomenon. What are your feelings about this label (‘sound art’)?

I know that a lot of art historians and critics try to divide this art form into musical and sound dimensions, but my view is that if there is a visual element, then these two components should fully complement one another. I think that the German musicologist Helga Motte-Haber is completely right when she says that ‘Sound art is intended in equal measure for the senses of hearing and sight.’ Sound is of course a kind of magic, and if it interacts properly with the visual element, you enter the field of the Total Installation, and you become a participant, not just a spectator, according to Ilja Kabakov. And despite the fact that art historians and musicologists still can’t completely define what Sound Art is exactly, its roots go far back into the past to Ancient Chinese sound sculptures and Aeolian music in Ancient Greece.

(7. optional question:)  In ‘Sound Games’, Western philosophy meets Eastern. You’ve also touched on religious matters. Drums, in this sense, are more physical and bodily instruments. Maybe you can comment or reflect on this idea? Maybe I have got it completely wrong?

Of course the fact that I am a drummer, a percussionist, helps a lot. Percussion instruments are probably the only ones not invented by man: they started out as stick against stick, stone against stone, and stayed that way. There is something truly shamanistic in these instruments: a sound which comes from somewhere deep down, and the performer often becomes a part of the sound. In some senses, this is meditation…

8. Interest in sound-related art practices can also be mapped through the number of sound art exhibitions across the world. Some of them show the current trends in (sound) art, while others analyze the development of the phenomenon. When visiting the Out of Sync. Looking Back at the History of Sound Art exhibition at Kumu in Tallinn, what did you see?

A unique exhibition, I must say. An exhibition which analysed the history of the development of Sound Art from the trailblazers of the first half of the 20th Century to the current day. From Ilmar Laaban to Kiwa. I have to commend the outstanding curatorial work and understanding of the fundamental idea.

Translated from Russian to English by Matthew Hyde

Vladimir Tarasov (1947), legendary drummer and sound artist was born in Archangelsk, Russia. Since 1968 he has lived and worked in Vilnius, Lithuania. For many years he performed with the Lithuanian Symphony Orchestra and other symphonic, chamber, and jazz orchestras in Lithuania, Europe and the USA. From 1971 to 1986, Tarasov was a member of the well-known contemporary jazz music trio – GTC (Viatcheslav Ganelin, Vladimir Tarasov, Vladimir Chekasin). Since 1991 he has been working in the visual arts, both solo, and collaborating with artists such as Ilya Kabakov, Sarah Flohr, and others. He gave a lecture about his work at Kumu Art Museum during the exhibition Out of Sync. Looking Back at the History of Sound Art. See more at: www.vladimirtarasov.com

Kati ilves (1984), art historian, curator of contemporary art at Kumu Art Museum. Together with Ragne Nukk, curated the exhibition Out of Sync. Looking Back at the History of Sound Art (27.09.13–12.01.14) at Kumu, displaying works by twelve Estonian and foreign artists, which provide a survey of sound art as a diverse art medium.