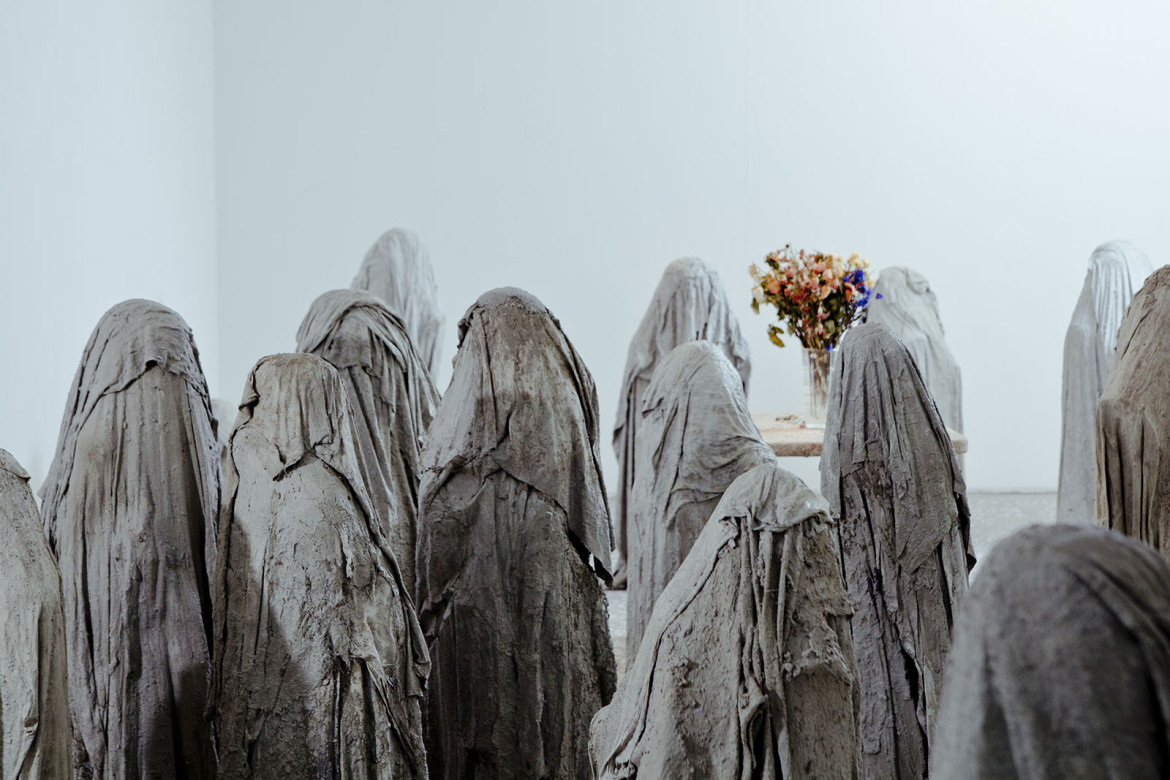 Generation of young sculptors as a distinct phenomenon

During the past year, an active group of sculptors with somewhat similar artistic language has stood out in the local art field, and their frequent participation in exhibitions could perhaps be compared with the success of the younger generation of photographers. A number of sculptors and installation artists in their early thirties, for example Edith Karlson, Jass Kaselaan and Art Allmägi, presented one or more personal exhibitions in 2013.

This particular generation can no longer be considered sculpture’s ‘newcomers’, as a younger generation of sculptors and installation artists, born in the second half of the  1980s, are already active. They are currently finishing their studies at the Estonian Academy of Arts and have managed to cause a stir at several exhibitions, e.g at the Young Sculptor Award presentation in 2013. These past two generations have rather different starting points, which has turned the work of the sculptors in their thirties into a strangely isolated phenomenon at the moment.

Talking about the younger generation installation artists, we could use such keywords as interdisciplinarity, conceptualism and abstract spatial experience. Examining two of the group displays of this generation – the above-mentioned Young Sculptor exhibition and Cumulation at Kumu Art Museum in 2012 – what strikes the eye is the frequent usage of sound and video in creating conceptual spatial experience. The general creative tendencies of their not too much older colleagues are, however, totally different, focusing instead on more traditional forms. 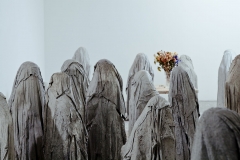 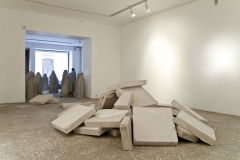 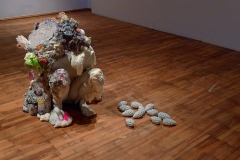 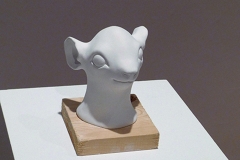 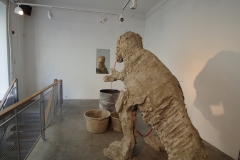 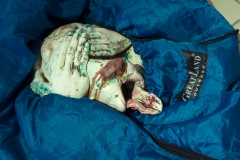 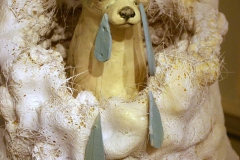 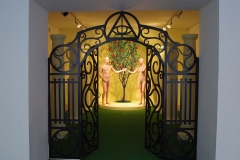 In the work of these artists, form is not similarly defined. The handwriting of Jass Kaselaan and Edith Karlson seems to have more in common; the work of both is characterised by a robust and unpolished treatment of surface. However, the repeated images in Karlson’s work are, unlike Kaselaan’s, figurative characters. The different versions of her exhibition series Drama is in your head repeatedly present ghostly shrouded figures, who seem to invade the entire gallery space, thus forcing the public to walk among them, or they appear in front of the viewer as a single apparition. The protagonist of the last exhibition of the series is a different type of ‘monster’: a huge dinosaur, spouting blood from its mouth. Karlson’s characters seem to represent fears: either those known to the young artist trying to live up to the expectations of the art world, or those felt by every member of society, imagining a drama that may exist only in his or her head. The bouquet of withered flowers at the second exhibition of the series celebrating the artist’s 30th birthday is also meaningful. Preserving it works as a symbolic act, referring to the fear of passing time: getting older and the resulting social obligations.

The existentiality evident in Karlson’s works is also an essential component in Jass Kaselaan’s works. His works at the 2013 exhibitions Objects in the Field and The Sound of God were remarkable for their creation of powerful spatial experiences. Both exhibitions displayed a certain dualism, which united poetic existentialism with industrial aesthetics. At the first exhibition, the visitor encountered huge black objects in the gallery, which seemed ill-suited to the small space, as they determined movement through the gallery and the way in which viewers related to photographs of an empty snow-covered field on the wall. A contrast emerged between the expanse of the field and the nature in the photographs, on the one hand, and the narrow gallery space dominated by an intense artificial searchlight and a buzzing sound, on the other. At the exhibition The Sound of God, Kaselaan produced a similar contrast, uniting the idea of a higher power with an antennae receiver and the artificial sound produced by it. The huge black objects, typical of Kaselaan’s recent exhibitions , seemed fearsome and alienating, creating an impression of ‘industrial poetry’, where machines that had abandoned human proportions emphasised existential solitude.

Art Allmägi works with a totally different language of form. His work is characterised by a hyperrealist treatment. His exhibition in 2013, Back to Paradise, played with themes of neo-pop, the aesthetics of kitsch and postmodernist eclectics. The artist offered the viewer references to various art-historical stages and their clichés, and thus seemed to tackle broader social processes than his above-mentioned contemporaries, whose work focuses on the topic of the personal perception of the world. The recent works of Allmägi also contain references to general art-world processes and institutionalism. In the press release for the exhibition, the artist himself mentioned contradictions taking place on the institutional level of the art world, where nostalgia-flavoured art yearning for the past and contemporary innovative art exist in different camps. The relationship between the artist and institutions, on different levels, was the topic of Allmägi’s works displayed at Artishok Biennale in 2012.

Eike Eplik and Kris Lemsalu have attracted attention during the last year at group exhibitions. Both favour the topics of animals or relations between nature and human activity, and combining unexpected objects and materials. At the exhibition Lade (A Pile), Eike Eplik continued the fairy-tale themes typical of her earlier work, amassing trees with heaps of cones, various insects and other strange strata made out of different materials. At the exhibition PRADA PRAVDA, a part of the festival ART IST KUKU NU UT 2013, Lemsalu presented a roomful of ceramic dogs in sleeping bags, whose eyes were covered by human hands, thus encouraging the viewer to reflect on subjectivity and submission.

The sculptors and installation artists examined above frequently participate in exhibitions, successfully diversifying the art scene. However, we might wonder whether presenting displays with such themes and motifs in mainstream galleries, thus becoming increasingly established, will not one day turn out to be too safe a choice. Success achieved in only one genre often contains the danger of eventually repeating yourself.

The Loneliness of Lemsalu's Breasts