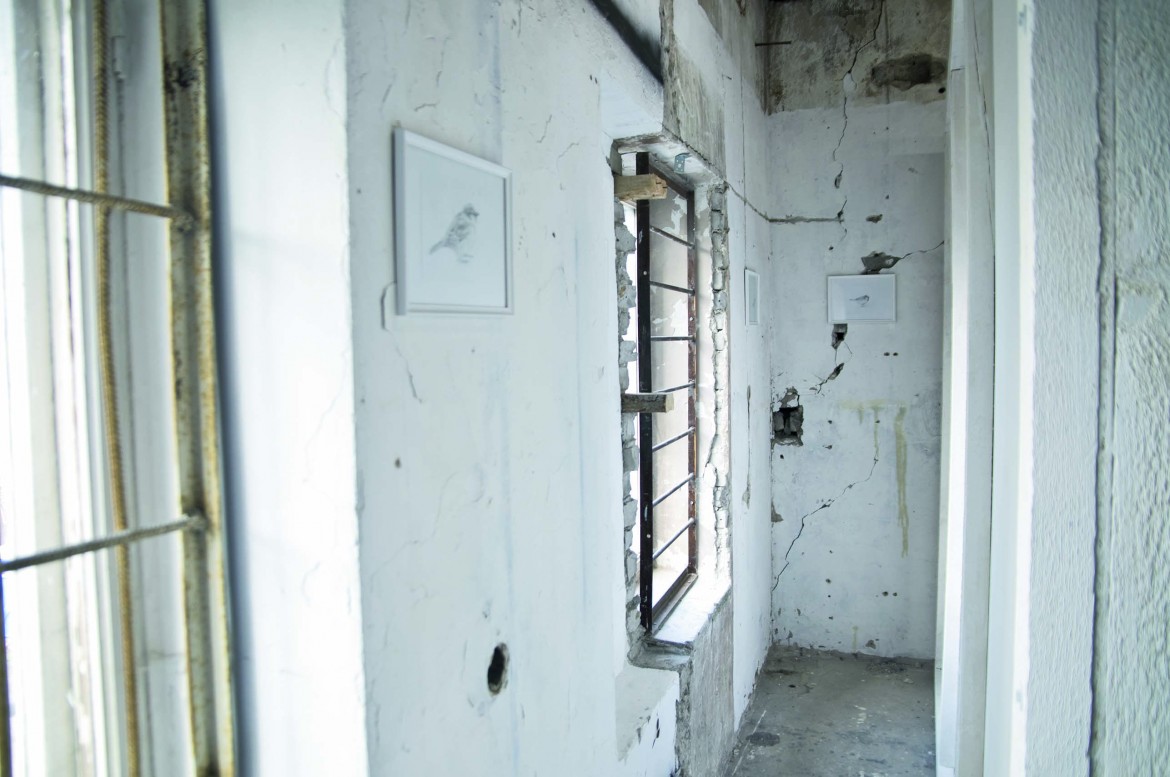 It was late autumn 2006 when the artists Marco Laimre and Neeme Külm set about cleaning up the former administrative building of a Tallinn heating company at Põhja 35. It was meant to be a new exhibition venue. The first exhibition took place in June 2007, under the name the Contemporary Art Museum Estonia (hereafter CAME), which initially seemed rather pretentious. Who would have thought at the time that this grass-roots alternative institution, at first mainly following the DIY principle and organising student exhibitions, would in five years’ time become the organiser of one of the essential events in contemporary art in Estonia: the Köler Prize exhibition, which pursues the international mainstream of contemporary art?

The gala of the last Köler Prize: the stage is taken by Anders Härm, the curator of CAME, the organiser of the nominees’ exhibition and the poster boy of the Köler Prize, who told a true-life story. He had recently been walking along a street when a lad of about eighteen, clutching a folder with pictures, stopped him and asked how to participate in the Köler Prize exhibition. At first a bit pensive, Anders then became increasingly excited and said: “you have to make art….. for years and years, the kind of art that pleases Marco Laimre… and Elin Kard… and Neeme Külm and in fact all of us in the CAME team, and at the same time it shouldn’t be complete farce, you know, and you shouldn’t be a village idiot either and, well, not too naïve, but there should be a point to it and also some sort of continuity or something along those lines. A kind of practice with a purpose, with duration, a development, exhibitions, you see, culminations and growth, and in any case….” The more fervent the curator became, the more embarrassed the young man seemed, pushing the folder behind his back, finally thanking Härm shyly and vanishing. Who could have imagined that in late autumn 2006… 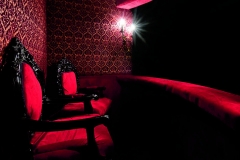 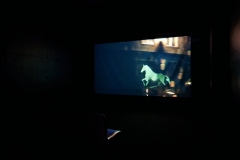 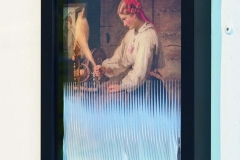 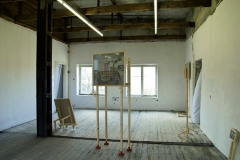 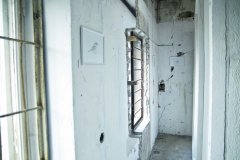 What then is the difference between the Köler Prize and other art awards in Estonia? First, it is the most significant prize in contemporary art in Estonia based on private capital. The real difference, however, lies in its unique approach. All the other awards in Estonian art, from the one named after Kristjan Raud to the annual awards of the Cultural Endowment, are essentially passive. The awards are given on the basis of completed projects: a closed process, rather boring for the press and the public. Nobody bothers to discuss whether one or another nominee is more worthy of the prize and why. In the case of the Köler Prize, however, we lay our cards on the table: the nominees, who are introduced to the public via video ‘screen tests’, a catalogue and works chosen for the exhibition, spend over a month in the public eye before the international jury makes a decision. This is of course not a totally new model: the same logic is followed by the British Turner Prize, as well as Ars Fennica, which is closer to us. Still, it is not a question of originality, but what actually works, what generates the biggest chance of public participation and visibility for the artist. A few cosmetic adjustments aside, I wrote these lines on the occasion of the first exhibition of the Köler Prize nominees in 2011. This still holds true for me today. The model has been worked out, it works, and there is no reason to change it.

I will briefly run through the main rules. Köler Prize nominees are chosen on the basis of work during the last three years. The individual artist or group should be of Estonian origin or working in Estonia. Each time, the nominees each present one characteristic work completed during the three last years and also produce one new work for the exhibition. An international jury decides on the main award, so far provided by Smarten Logistics (it used to be 5000 euros and reached 6000 euros last time). The jury considers the presented works, the artists’ portfolios, ‘screen tests’ and chats with the artists. There is also an audience prize of 1000 euros, initially funded by Temnikova and the Kasela gallery, together with the law firm Lawin, and in recent years by Salto Architects.

As the Köler Prize nominees’ exhibitions are not curated with the goal of coherence, but constitute displays that emphasise individual authors’ positions, there is no point trying to find a common denominator amongst the participating artists. However, it is still possible to distinguish between some trends on the basis of how the prizes have been awarded. In 2011, the first audience award went to Tõnis Saadoja. The reason might have been the realistic aspect of his drawings in the Tallinn series, but this has not been confirmed by the following audience prizes. Such artists as Marko Mäetamm (2012), Kristina Norman (2013) and Kiwa (2014) certainly have a larger number of fans because of their earlier activities, but they have not won the audience award. It therefore seems that the public tends to vote on the basis of what they see at the exhibition, rather than relying on their earlier preferences. In 2012 and 2013 the audience and the jury decisions coincided (Flo Kasearu and Jaanus Samma). I am glad that the latest Köler Prize’s audience award was won by Johannes Säre and his rather demanding installations that questioned the validity of neo-conceptualism. This could indicate that the Köler Prize is attracting its own rather specific public. Despite the fact that the jury prize is given every year by different people, mainly an international group of curators and critics, they tend to favour large-scale spatial (Jevgeni Zolotko, 2011, Jaanus Samma, 2013 and Jass Kaselaan, 2014) or video installations (Flo Kasearu, 2012), which are able to fully engage viewers.

Four years is enough for the local art public to get used to a new art prize and take it seriously. Today’s graduates of the Estonian Academy of Arts already have the Köler Prize nominees’ exhibitions and awards firmly included among the expectations regarding their future activities as artists. The prize has also become established in the media. There is, however, another aspect, so far not much discussed in the Estonian media, although the EKKM team has been aware of it all along. I mean the relatively successful introduction of contemporary Estonian art to quite ambitious foreign curators, who have visited Estonia due to their work in the international juries of the Köler Prize: Iara Boubnova, Elena Sorokina, Johan Lundt, Anda Rottenberg, Louis Silva, Virginia Januskeviciute, Mara Traumane, Marita Muukkonen, Eugenio Viola, Réne Block, Magda Kardasz and Taru Elfving are names that speak for themselves.

I can’t offer specific numbers, but it seems that taking part in this exhibition has given a number of artists a kind of new start. A good example here is Dénes Farkas, who after the Köler Prize exhibition went through changes in his authorial position and has successfully represented Estonia at the Venice Biennale. The next artist to represent Estonia at the Venice Biennale was a laureate of the Köler Prize in 2013, Jaanus Samma. Marge Monko, whose work was specially noted in 2012 by the Köler jury, has exhibited abroad on several occasions. Kristina Norman is representing Estonia at the current Manifesta in St Petersburg. The Köler Prize seems to make the nominees take stock of their previous work, and through the ‘screen tests’ encourages them to reflect and further develop their authorial positions.

Luis Silva, director of the Kunsthalle Lisbon; Virginija Januskeviciute, curator at the CAC, Vilnius; Marita Muukkonen, curator at the HIAP in Helsinki; Eugenio Viola, curator of the LARGE Madre, Museum of Contemporary Art of Donnaregina in Naples; Maria-Kristiina Soomre, adviser of art at the Ministry of Culture of Estonia and former curator at the Kumu Art Museum in Tallinn.

Jaanus Samma, Estonian artist and the winner of Köler Prize 2013; René Block, German gallerist and curator, currently the director of Kunsthal 44 Møen in Denmark; Magda Kardasz, Polish curator working at the Zacheta gallery in Warsaw; Taru Elvfing, director of the FRAME Foundation in Helsinki and the curator of Finnish Pavillion at the Venice biennale in 2015; Mari Laanemets, Estonian art historian and curator.

Hanno Soans (1974), freelance art critic based in Tallinn. Has worked as a contemporary art curator at the Art Museum of Estonia from 1997–2008 and has run independent projects with various artistic collectives. He was the curator of Estonian pavilion at the Venice Biennale in 2005 representing Mark Raidpere.