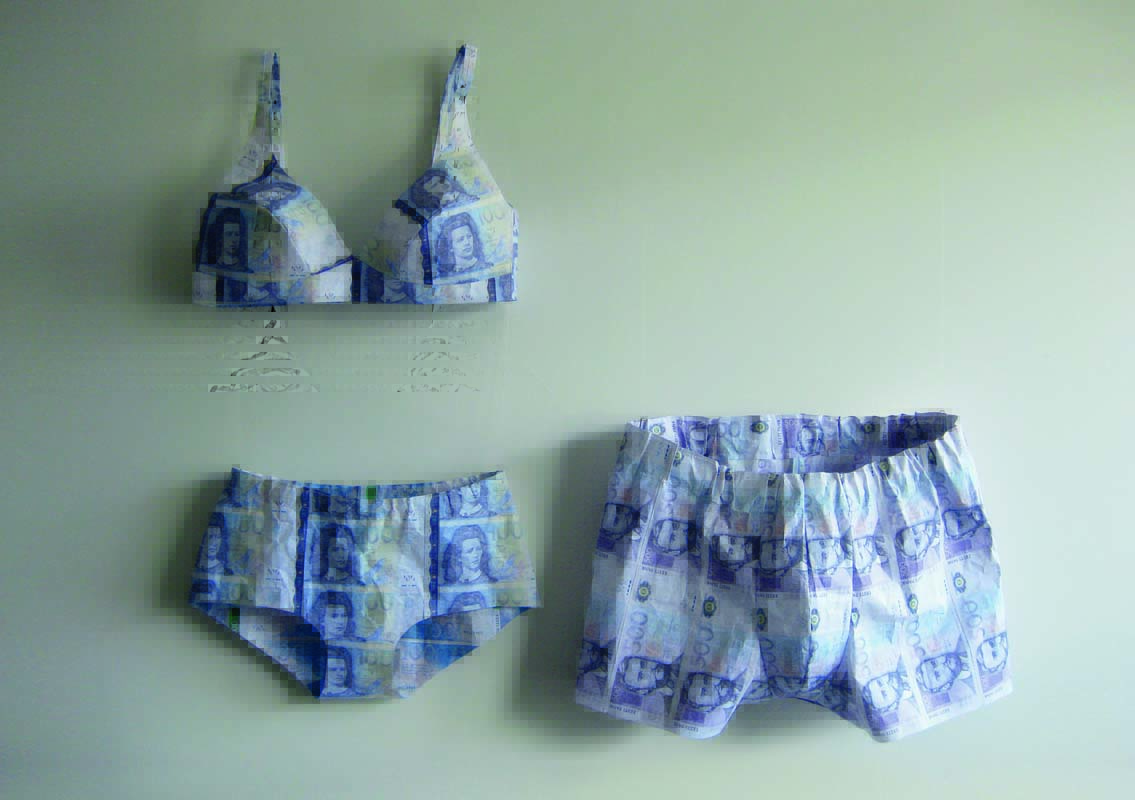 A)     The exhibition was inspiring and had an air of liberal art; the borders of applied art were playfully fuzzy. Depending on the material, of course, always sets some limits, but it is also possible to find inspiration from this. The display in fact presented a rich variety of different visions of making art and occasional contradictory authorial positions in choosing materials/objects and techniques. The primary meaning of these choices should also appeal to a liberal artist, from Jaanus Samma’s jumpers made on the basis of graffiti to Michael Strand’s action of freeing the world of ugly cups. The exhibition design was a huge plus, as it afforded personal space to an enormous number of works.

B)      We gather everything from impressions to occasional adverts. Textile material is mainly gathered by my mother (Lylian Meister). I gather opportunities and materials that can be put together in future: motifs and people. The current exhibition is largely composed of gathered/accumulated emotions and handkerchiefs. 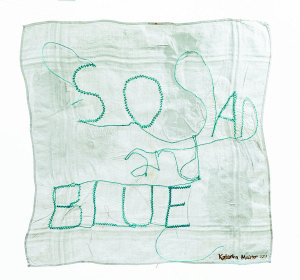 A) The exhibition was fascinating and as pretty as a dense shadow garden. The theme offered by the curator initially seemed a bit too logical and lacking in intrigue. In a sense, collecting is a very ordinary activity. Gathering food supplies and knowledge in our climate has always been essential.

However, the diversity of the theme and the wealth of different viewpoints were only revealed in the joint impact of the exhibition and the catalogue. Most of all, I enjoyed the presentation day of the artists. It was amazing how passionately something was collected and how organically collecting belonged to the world of quite a few authors. On the basis of individual works at the huge display, this was occasionally not that clear.

Most of all, I liked the works where collecting was an inevitable part of a process and the result was one aspect of the essence of a particular man of a particular era, made valuable by showing and sharing (e.g Steihaug, Abe, Blank, Isupov, Patuszynska or Karinson Nilsson).

B) I have actually tried to avoid collecting. I collected stamps and pocket diaries at school. In that sense, I followed the lead of my desk-mate, who had an impressive collection of pocket diaries, acquired thanks to pen-friends abroad. One impetus at the time to start this kind of collection was fascination about everything outside the state borders, or a desire for the unattainable.

I have kept the sketches for my works. There are many completed works as well, but they live a life of their own: participating in exhibitions, or standing around doing nothing; something is occasionally sold. A sketch, however, is defenceless and fully relies on my decision to either keep a heap of papers or throw it away.

From time to time, I have been overwhelmed by a wish to live lightly and freely, renouncing everything that is not essential, e.g accumulated works or sketches for unrealised works. At some point, however, I realised that life on Earth is, after all, connected with the material and every single thing has its own time and right to exist, even if it is doing nothing. Giving things up by force and in haste does not seem right either. Collecting/accumulating can have its reason or aim, but it does not necessarily have to have it. The meaning of the phenomenon could become clear later.

A) I really liked the triennial exhibition. In the context of exhibitions, it was something fresh (for me) after a long time, something bright and pleasantly surprising that made me smile. The environment created by 3+1 Architects under the medieval vaults was a dense, but light and cosy space where it was nice to be and observe. It was also exciting that quite a few works, including the grand prix, could easily have come from a collection of a prominent mass fashion brand or from a shop.

B)  I am an avid collector, a person who jealously hangs on to everything. Besides things, I also collect memories, emotions and ideas. On the one hand, it is quite exhausting but, on the other, it creatively propels you forward and is the starting point of new ideas. In my childhood, I collected paper handkerchief wrappers and now fabrics tend to quietly accumulate, which are often so rare and fascinating that I am not bold enough to cut them. 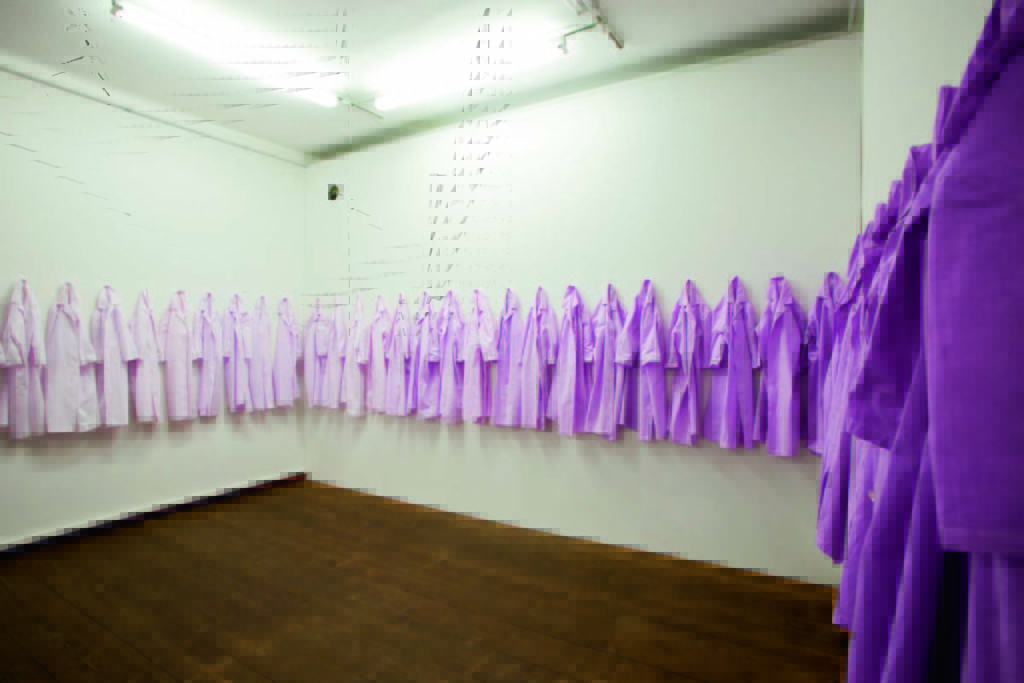 A) My impression of the triennial was that it was excellent. Shortly before, I had come from an exhibition of ‘real art’, with heaps of existential dash and pretension, which is common with this kind of art (because what else should it, poor thing, ‘talk about’). To me, however, pretension often smothers impression and can even look ridiculous. Being ridiculous is not altogether bad and frequently saves the whole exhibition, although in most cases you realise that the comic side was only in your own head, and not planned by the artists. It cannot be simply explained that the art was not good enough to justify the big pretension. That is sometimes the case, but often it is a matter of examples from the very top and even then it feels really strange. At least I find it strange.

In that respect, I like it that design is still connected to the practical side of the Earth’s surface by a kind of root or its remains, and even when the head rises to the clouds, I often prefer this ‘plant’ to achieve contact and reflection.
I probably never looked at the triennial works with the idea of how it would be possible to use them, even when they were recognisably ‘practical’ items. I walked around quite arrogantly, rested my eyes on everything I saw, and waited for what would happen in my head and soul. A lot happened, in fact, and I left in a superb, energetic mood.

B) I am a passionate collector, not for philosophical reasons, but just out of greed. I have always enjoyed the feeling of owning something: the better the quality and the greater the quantity, the nicer. I have an enormous need to possess, and for me there is an unfortunately distinct border between what is mine and what is not. That sounds quite unpleasant, and this sort of quirk entails a lot that is deplorable. Over the years, I have tried to employ my passion to achieve as positive results as possible. The best aspect is perhaps that if something belongs to me, or I wish it did, I am very sensitive and attentive to it (an item, phenomenon, impression, principle etc). I notice and derive much more from this type of item. Plus I can make a much bigger effort. It is precisely the key of greed that opens doors to at least part of the world, and this is not bad.

The above is one of the main reasons why I prefer, when making art, more lasting forms. Then I have an object to keep, which I can always look at later and reflect on. Then the fact of ownership is absolutely certain. Unlike with the act of possessing, my memory is rather poor and without specific ‘bookmarks’ I initially lose track, then interest and finally, I’m afraid, the meaning (of life).

Pure classical collecting of course means that people want to get a complete or near-complete collection of something of which a finite number exists (all moths, all stamps with Hitler on them etc.). In this narrower sense, I probably do not collect anything. OK, I recently started up again, very carefully, with numismatics, because I had done this a long time ago at school, passionately but rather helplessly, and this failure left a thorn in my side. Still, of all my ‘collections’, this was realised with the least passion, and it is biding its time at the moment. 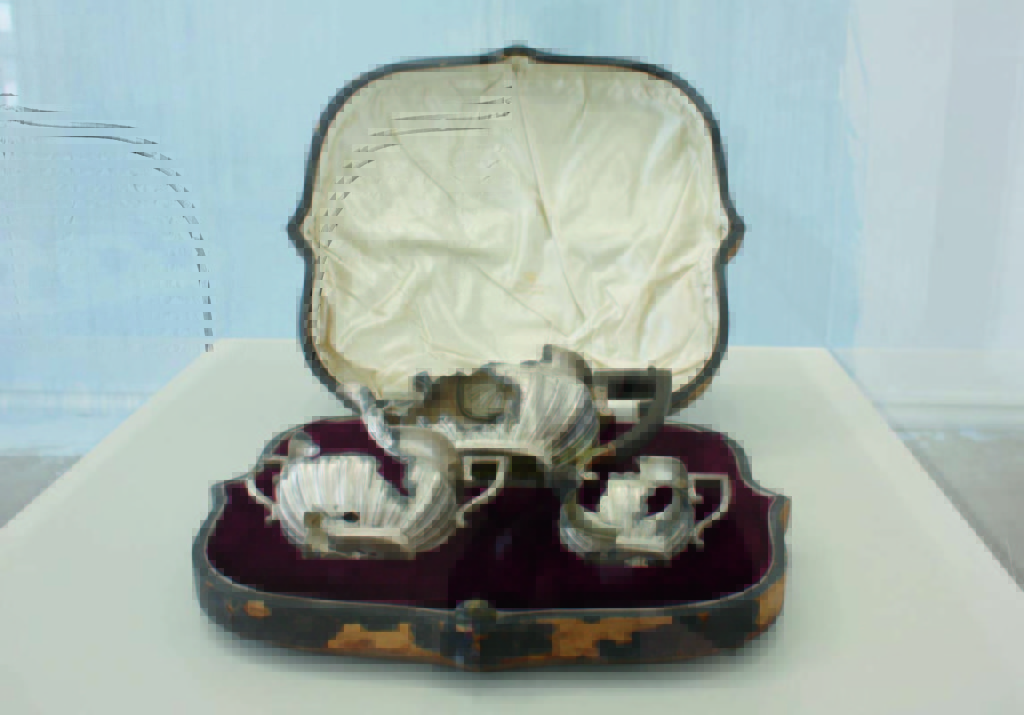 A) If you have won a lottery or made it through a tight competition to an exhibition, objectivity is perhaps questionable, but my impressions of The Art of Collecting and the relevant events were very positive.

It is especially positive that, besides the displayed works, the triennial design itself is definitely worth mentioning. At the last triennial, the cardboard box-labyrinth that filled the entire space perhaps left an even more powerful impression than the artworks themselves. This time, the mystical wooden strip-construction between the museum’s medieval vaults allowed the works to speak for themselves. The solution by 3+1 Architects was admirable, as were the superb skills and talent of the entire triennial work group. I very much hope that the triennial tradition continues: accommodating such a project is certainly an honour for the museum.

B) My personal experience with collecting is contradictory … because there is always too little space!

I have thus decided to mainly collect memorable moments, especially from hot summer cultural tours, recorded in photographs. In fact, I am still engaged in a relevant long-term project. I include only things that can be used later… some are gathered, for example, in a certain chandelier that quietly fills with important and less important small items in suitable colours. 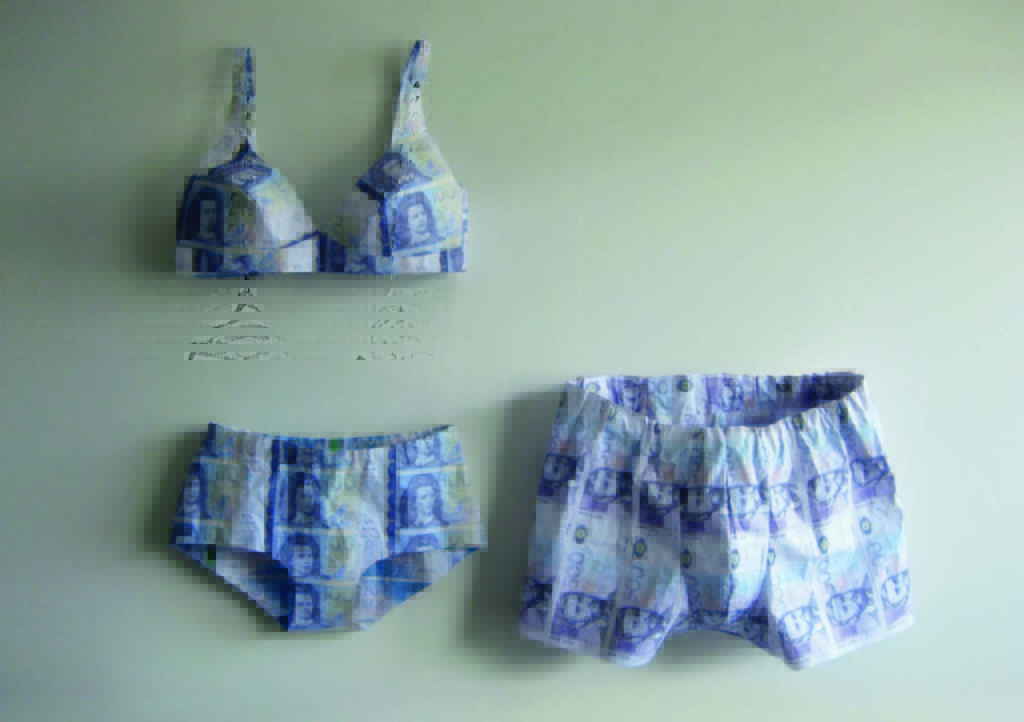 A) This time, the triennial had an exciting theme which fit with the working methods of many artists. At first, I was afraid that the theme was too wide, but the exhibition had the feeling of an integral whole, and at the same time allowed the exhibits to stand out individually.
B) Collecting in a narrow sense of the term, gathering things, I must say that this hobby is not entirely unfamiliar to me, although I try to restrain myself and gather only very special objects.
There are an increasing number of things around us and collecting partly fulfils the function of recycling, working against excessive production. On the other hand, the passion for collecting requires more and more things, and collecting old things is after all just another form of consumption.
Compared to this, collecting graffiti, for example, is quite an innocent pastime and additionally makes you notice the surrounding environment. With my queer-themed graffiti jumpers, I try to emphasise fragments of urban space, the meaning of which changes in this context and might even work against the author’s initial intention. Paying attention to a provocative scribbling on a bench can take you closer to the social unconscious of society. 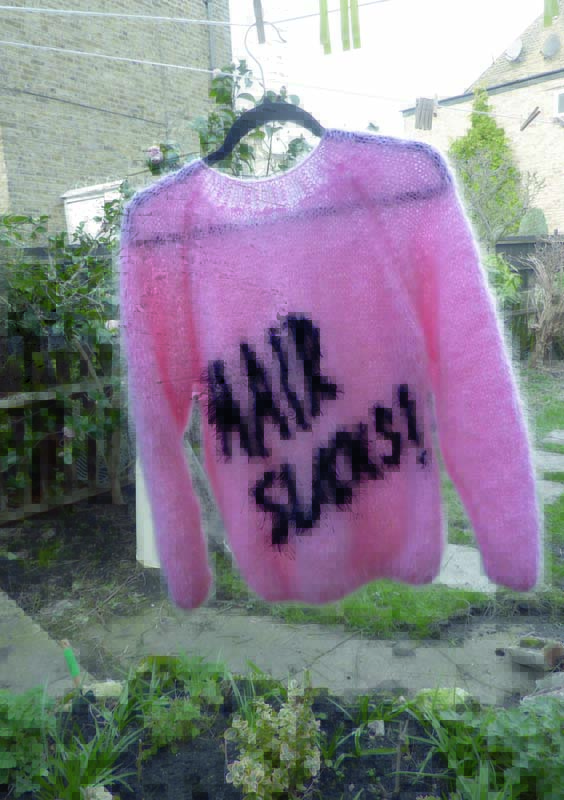