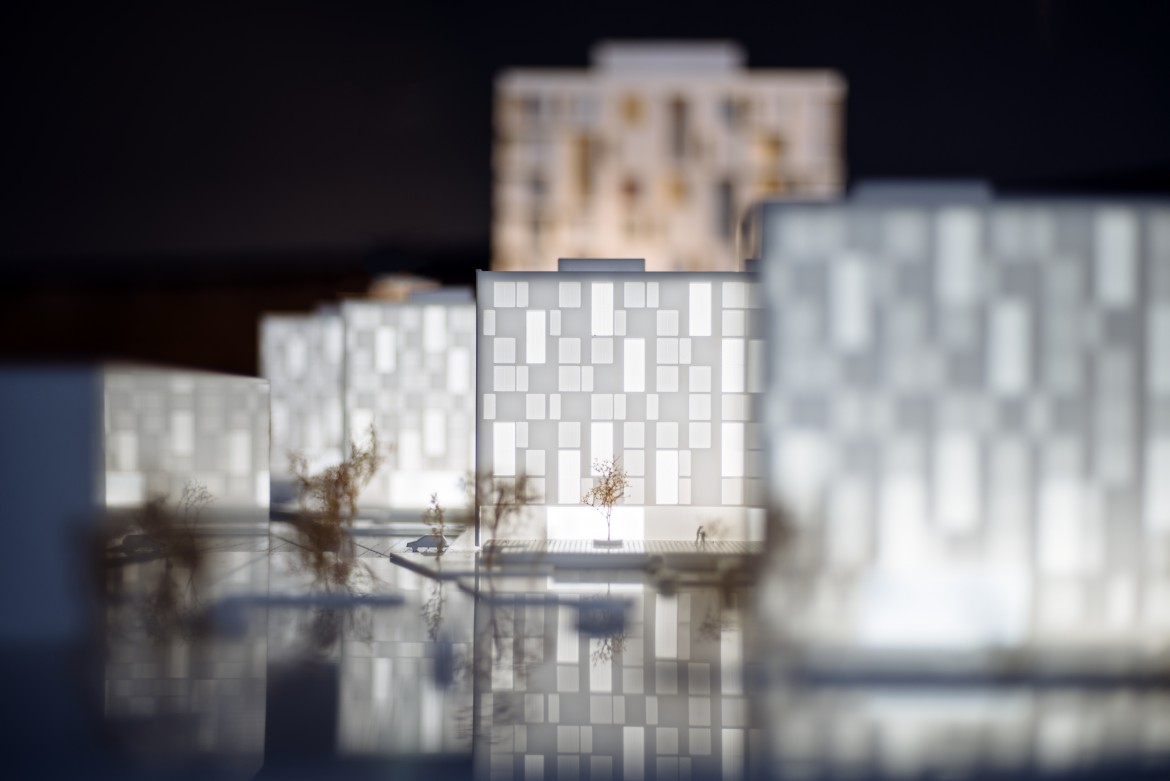 During September 2013, the second Tallinn Architecture Biennale took place in different venues around town, curated by Aet Ader, Kadri Klementi, Karin Tõugu and Kaidi Õis of the local architecture office b210. Sprat-Tin Hall, part of the building now housing the Ministry of Foreign Affairs, was the setting for the Curators’ Exhibition of commissioned works by invited authors. Student projects from local and international architecture schools were exhibited in the foyer of the Linnahall (Tallinn City Concert Hall). An unused school building in the district of Väike-Õismäe was the stage for presenting the results of the vision competition for that district. The cinema Kosmos saw an enthusiastic audience for a two-day symposium. A city centre gallery (Lastemaailma galerii) was transformed into a temporary meeting location, a site of presentation, meeting and discussion. A number of satellite events accompanied and rounded out the programme.

When setting out to discuss the heritage of Estonian modernist architecture under the banner of revisiting ideas and reusing material – as the title Recycling Socialism suggests –  one soon finds oneself in a minefield of ideologies, emotions and aesthetics: a classic conflict between first-hand experience and retold experience. The monuments, buildings and concrete slab districts remaining after the great changes of over 20 years ago are still inherently political, the material of the politics of memory. The ideas materialised by the buildings are not new; they have been discussed in the theories of modernist architecture for a long time, but are now buried under a history yet to be historicised. 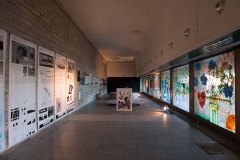 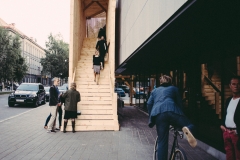 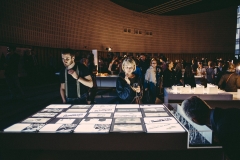 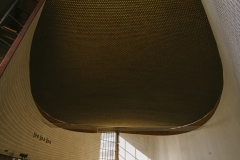 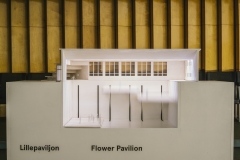 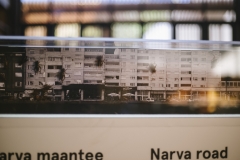 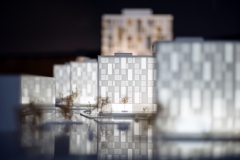 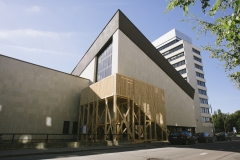 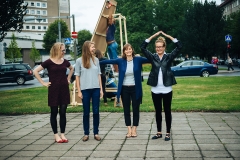 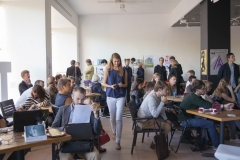 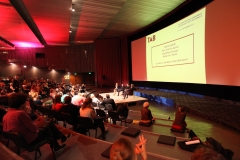 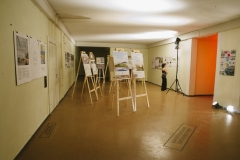 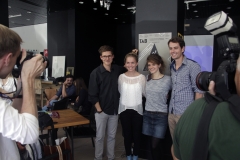 As Andres Kurg has stated, the profession of the architect suffered dissolution from mass construction during the Soviet times, but today’s architecture is also suffering dissolution from market construction.  In that sense, we find ourselves in a similar situation of feeling the need to relate architecture to a strong, dictating outside force. But a constructive discussion cannot be based on opposition to times or contexts. It will prosper not by negating (parts of) what exists, thus being a simple derivation of the condition at hand, but by questioning the underlying values of the material and our own position regarding them. A utopian vision for our cities should not be a singular boring daily-marketed dream, but a challenge that is continuously tried out, monitored, adjusted and questioned: a process rather than an aim. A process of approaching again and again the fundamental ideas of equality and striving for a better life; these words have become hollow projectiles in today’s Estonia, which worships profitability.

Architecture is a utopian practice realised, according to Petra Čeferin. It is not a servant to the continuation and reproduction of the material world but – through thinking and critical reconstruction – its master. The definition of an architect, Čeferin continued, lies in the ability to see the minimal difference that distinguishes a good creation from a bad one. Thus, everyone is an architect, not as an author, but in relation to the material world. Everyone is capable of and responsible for judging the course an environment is taking.  While a tremendous effort to reconstruct our living spaces, our workplaces and our monuments is still necessary, we face pressures in which a certain kind of thinking (as distinguished from calculation) might not be forbidden, but is still becoming increasingly impossible. Today, thinking, creating and producing are required to be profitable and measurable, and should reveal a tangible value. Reducing thinking to numerical calculation cannot be interpreted as an advancement: this is not what creates a knowledge society, or any society for that matter.

At the centre of the process of opening up reflection on the buildings of the past are the questions of which ideas are worth saving and which ones should be abandoned. But who has the authority to decide that? Probably not the anonymous general public. Should it be politicians? The technocrats in the city planning department? Should it be the city architect or a future state architect? An investor?

Merely having an opinion doesn’t produce any life, though. Do we actually need to talk about the Linnahall, or should we just peel it layer by layer and see how practical, day-to-day use can be a realistic scale of evaluating the needs and necessities of these huge structures? Have we ever looked at the details of how people have appropriated blank concrete over the decades, and how the not so obvious ways of variation through use have poked holes of good solutions into the imposed salvation of mass residencies? We need to rethink the materiality of our work and living spaces not in terms of being interesting and exciting, but in terms of being social, stimulating and reconstructed.

This is also a reminder of how we view our lives and how we organize them around production: both material and intellectual. The idea of the social – of how we create alliances – is defined based on how we produce, how we transform our environment and our intellectual world. Except today we work and live more and more on our own. Do you know what your freelancing writer colleague earns? In what conditions does the designer who sketches illustrations in your favourite café live? When do you yourself stop working during the day and start living? We should think about the factories of the past, not the conveyor belts, but the fact that we knew those things about our colleagues. Production is not a single-sided activity, but involves the entire spectrum of our personality. Pier Vittorio Aureli has reminded us of the concepts of the monastery or the phalanstery, and suddenly the cubes-of-the-dogma-factory concept might be worth a try, especially considering the ever-decreasing availability of public spaces. Gregor Taul’s idea of placing these cubes in guerilla fashion around the temples of capitalism would add to creating a diverse city. And we should include Robert K. Huber’s treatment of the material heritage in the information age: that is, how we can incorporate knowledge about material, about reusing, about cataloguing and data-mining this existing treasure; that would establish common ground for the topic of recycling.

The public space architecture of modernism is clearly brutal at times, and the continuous talk about our idea of public space is indeed sometimes exasperating. While we slide into discussing all and everything under this term, it obscures and avoids the true question of the public. Today, there is no public space left. Everything proceeds by means of an ideology controlled in one way or another. Under the prerogative of an illusion of security and a fear of losing material goods, we give up the value of accessibility for all. Again, this includes material and intellectual space. They are entwined. When the actions of elites resemble a competition for control of opinion through propaganda and politicized media, and when the idea of politics resembles only the infinite reproduction of the status quo, then the discussion transcends the field of architecture.

When we are asked to review ideas of the past, we find ourselves in a common dilemma. In retrospect, thoughts stand out as monolithic, unique, unprecedented and untouchable. But we cannot approach them. In our rationale of multifaceted subjectivity, we are constantly forced to map ourselves and our opinions in a web of influences, relationships and reciprocities. The TAB events provided the necessary space for everyone – the  architect of the era, the contemporary urban dweller and the naive outsider – to approach material in its broad complexity and maybe reconnect and reconsider some engraved ideas.

If you are looking for more inspiration, check out these remarkable people and their activities: KÉK from Budapest, Horizonte from Weimar, VROA from Wrocław, Dogma from Brussels, and Petra Čeferin, Andres Kurg, raumlaborberlin and zukunftsgeräusche from Berlin.

Andreas Wagner is an urbanist and IT freelancer. Currently he lives and works in Tallinn, where he is running a co-working space (www.coworking.ee). He holds a BA in Area Studies Africa/Asia (Humboldt University, Berlin) and an MA in European Urban Cultures (POLIS).

Andreas Wagner is an urbanist and IT freelancer. Currently he lives and works in Tallinn, where he is running a co-working space (www.coworking.ee). He holds a BA in Area Studies Africa/Asia (Humboldt University, Berlin) and an MA in European Urban Cultures (POLIS).