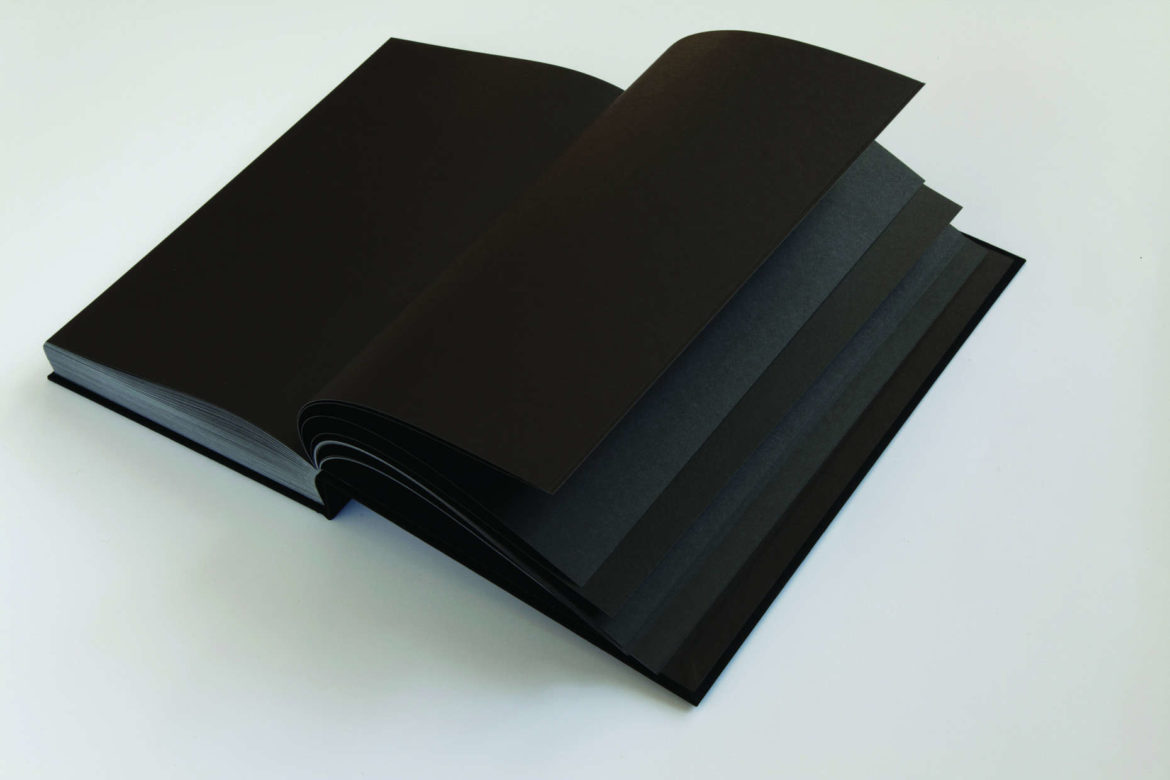 What does it mean to publish a book? This question is both the most childish and the most serious of questions. The childish part is asking questions about the obvious. Publishing a book means designing it, binding it, printing and selling it. What more is there to ask!? But one can see this question as childish only when one’s relation to publishing is trivial. The seriousness comes in when one actually meditates on the question. In this case, the question is as perplexing as the meaning of life itself.

I now offer you a small challenge. Step into a nearest bookshop, grab the first book and try to figure out if the relationship of the publisher towards the act of publishing is trivial or serious. The nearest bookshop for me is the Lugemik Bookshop in Tallinn, which is open during the summer on the premises of the Contemporary Art Museum of Estonia (EKKM). I step in and the first book that I reach for, Anu Vahtra’s Untitled, published by the Lugemik publishing initiative, is perplexing. The dust jacket of the book is a huge folded black and white photograph. Some of the pages are not cut open and they make the reader struggle or play (depending on the person) with the pages a little to see the pictures and information fully. The book is 95% percent photos. Many of them are shown only partially and lack explanations. Nevertheless, the book is fascinating. It speaks in code and it invites the reader to decipher. Most importantly, it was made with care, precision and the utmost attention to detail.

We might think that such an approach is common among publishing houses, but Lugemik is in the minority internationally and a rarity in Estonia. It was founded by two friends: Indrek Sirkel, a graphic designer and Anu Vahtra, an artist and a photographer, who had studied together in the Gerrit Rietveld Academie in the Netherlands. After graduating in 2007, they set out to work as freelancers, while teaching in the Estonian Academy of Arts graphic design department. They had worked together on various projects and publications, but the initiative to start publishing grew out of frustration. They had collaborated with various museums and galleries and were surprised by how little most of these institutions paid attention to the process of publishing an exhibition catalogue. Most saw it as a tradition, something that had always accompanied an exhibition, and thus never asked the question “why publish?” or “what should/could the role of a publication be in the context of an art exhibition?” The process of publishing a catalogue was mostly isolating, many people working on it, but doing their work separately. The initiative to start Lugemik was exactly the opposite: to bring all the people involved in publishing a book (writer, designer, artist, photograph etc.) into close collaboration and instead of just doing it, thinking through why to do it in the first place and what would be the perfect means of execution. For them the question “why publish a book?” was of utmost importance.

Thus in 2010 the Lugemik publishing initiative was established and ever since they have published an outstanding collection of books and other printed matter. In the autumn of 2015 a third member, Laura Toots, joined the gang and through her initiative Lugemik has moved beyond publishing only printed matter. For instance in the spring of 2016 they represented Marge Monko in the alternative art fair Popposition in Brussels and produced her new performance.

In six years, close to 50 items have been published. These are publications that do not function as mere documentations of artists’ work, but stand out as art objects themselves. Some might consider this approach pretentious, because it puts too much emphasize on the form of the book: “A good book should be neutral in form, so that the content of the book stands out!” But this is too narrow a philosophy for Lugemik. For them the form of a book can never be truly neutral and so, instead of trying to make the form of the book invisible, they use it to emphasize their motives. The book by Anu Vahtra (mentioned above) looks like a puzzle to a bystander, but this approach is most suitable for her art. Another good example is the book “Shimmer on the Surface”, published in 2012 and made in collaboration with the artist Neeme Külm. The book is a thick, hardcover book with pitch-black pages and nothing else. This book can be seen as a “traditional” artist’s book, but also as a work of art, as it was exhibited as such in Neeme Külm’s exhibition.

These are only two examples of the whole corpus of Lugemik, which is driven by a conceptual agenda: to publish books with all participants in close collaboration This statement is simple enough, but it has far-reaching consequences. The process of publishing becomes egalitarian and the final product, the actual book, is egalitarian as well. It shows us that the form and the content of the book are equally important and that the form of the book can be and quite often is as communicative as the content itself. Quite often these books are not just anonymous bystanders. They constantly talk about themselves through small but utterly important design decisions. They speak through carefully chosen papers, binding and printing techniques, fonts and presentation of imagery. The books remind us of what they are – printed matter – and through this tender, but constant reminder, we come to appreciate the format of the book.

While actively publishing books by Estonian artists, they also promote them abroad through various book fairs: the New York Art Book Fair, Friends With Books (Berlin), Offprint (Paris and London), the Bergen Art Book Fair (Norway) and One Thousand Books (Kopenhagen). But promotion is a two-way street, at least for Lugemik, and while promoting Estonian art abroad, they also introduce foreign art and various printed matter from other small publishing houses to Estonian audiences through the Lugemik Bookshop.

The bookshop was opened in 2013 and has since functioned as an important venue in the Estonian graphic design scene, hosting various events and book launches. Nobody knows how Sirkel, Toots and Vahtra manage to keep this initiative going, while at the same time pursuing individual careers as a designer (Sirkel) and artists (Toots and Vahtra), but the important thing is that Lugemik exists and keeps on producing exciting work. 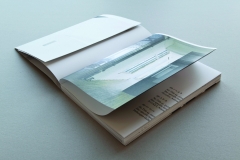 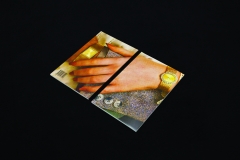 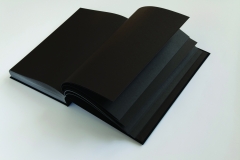 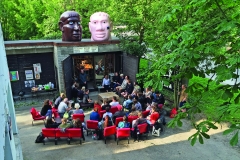 Ott Kagovere is a freelance graphic designer and design critic. Has studied philosophy at Tallinn University and graphic design at the Estonian Academy of Arts.