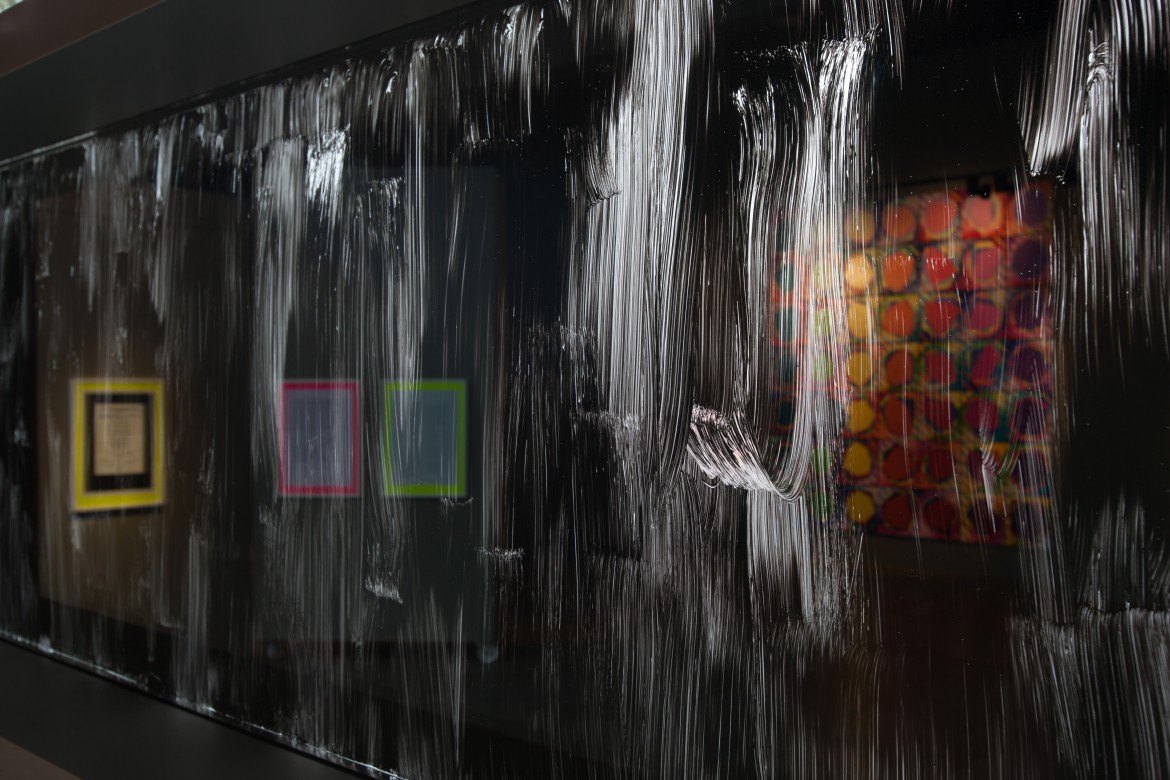 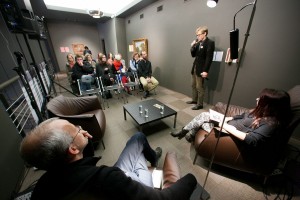 Critic talk with Pauls Bankovskis at the opening of Untitled by Jass Kaselaan.

In 2014, thanks to the duet of art critics and curators Šelda Puķīte and Indrek Grigor, the Artishok Biennale for the first time took place outside its land of origin, namely in Latvia. Since its foundation in 2008 the Biennale has been marked by a peculiar magic of numbers – 10 artists, 10 critics and 100 texts – which inevitably necessitates explaining its format to a newcomer. However, this time the structure was even more advanced, since the novelty introduced by its organizers involved supplementing the ten newly made artworks with the same number of counterparts from the private collection of Janis Zuzāns, in whose art space – the Mūkusala art salon in Riga – the event took place.

Obviously, this involved an agreement between the organizers of the Biennale and the host, who could not resist the temptation to show off his own stuff. We should perhaps rejoice, since this made the event possible and no other independent space for an innovative art initiative could be found in Riga. This shift of the programme in the interest of the art salon is, of course, an easy target for institutional criticism, which, by the way, had already been offered by at least one of the invited authors. The actual impact of this change was an unexpectedly acquired balance between the visual and text. I believe that this was not how it was meant to be, that the main point of the Biennale was to stress the critical discourse, revealing its diverse multiplicity and artistic stance. The obviously unfair proportion ‘ten to one’ (morally unacceptable, critically challenging!) guaranteed this outcome. So it seems that at this year’s show the Biennale’s conceptual purity was somehow compromised.

However it seems that there is no reason for regret since, even packed in the fashionable glamour of the Mūkusala art salon (look at those guards at the entrance and the leather armchairs, the polished door handles and modern tubes of hanging lamps!), the Biennale was in a way marginalized. Of course, its very structure dooms it to fragmentation, since apart from the organizers I doubt there were many visitors who made their way to all of the openings during the ten evenings. The event received some attention, but was not honoured with any critical reviews or any reflections in the Latvian art media and, needless to say, there were no long rows of enthusiasts outside the building. Typical? Abnormal? Dear friends, this is the situation we are facing now: we do not receive much feedback and we don’t have many platforms to talk from; the whole situation can be seen as an emergency that we have gotten used to. Therefore, incorporating some ‘vegetables’ in our everyday diet seemed valuable in order to both promote digestion and discover new taste sensations.

The critical reflections provided by the ten authors are what makes this Biennale so exceptional, revealing a wide range of writing possibilities and revealing the scope of answers to the eternal question “What to say about art?”. The choice of the authors was remarkable as well – the organizers apparently were interested in the ones whose visions might differ from the highly predictable slang of academic writing, which – at least in Latvia – often happens to oscillate from stating that the artist is between ‘promising’ and ‘un/convincing’, including a short or extended biography and a formal description of the work on display. And although in some cases the texts worked in a rather traditional manner – attempting to approach the artwork in a certain historical and aesthetic perspective, thus fulfilling their time-honoured duty as art’s servant – mostly the written contributions related to their objects in a sort of detached manner, thus calling into question their referential function.

I tend to see these critical reflections as more likely to be artistic gestures: expressions of various styles and forms of particular textuality within the context of given circumstances (let me guess): little time, little money and – in some cases – also little clarity about what the artwork was eventually going to be. With notable wit and efficiency, each author demonstrated a particular way to deal with the assignment: a chart (as in the case of Pauls Bankovskis), a fictional story about a person “standing on the edge of an early mid-life crisis” (Elena Šmakova), a laconic and somehow puzzled utterance (Maija Rudovska), a dialogue with someone whose existence was doubtful (Jānis Taurens), an ironic self-reflection (Peeter Talvistu), a collage of juxtapositions (Valts Miķelsons), or opinions expressed by others (Anna Salmane). By the way, the list suggests – and I am risking approbation from the Estonian audience – that the authors from Latvia demonstrated a higher degree of creativity and unconventionality.

I can imagine that the artworks presented at the show prompted the desire to experiment: the dark-coloured window aisle by Martiini, the howling of the wolves by Krišs Salmanis, a hanging spade by Margus Tamm or a piece of written text by Ivars Grāvlejs. In addition, every artist at the Biennale was presented in a rather miniature way (each one had only one work on display), and even though this abstinent and minimal style gave little idea of whether a particular artwork illuminated or obscured the creative history of the artist, it stimulated the imagination and provided room for a lot of critical independence. (I must confess that the diachronic aspect of an artwork is not my primary interest.) Of course, the modern era provides instruments to cast away all mystery, using an iPad and other devices, but when it comes to equipment I prefer the old-fashioned wooden frame, as in the work of Jana Briķe, whose use of this anachronism was nicely discussed by Paul Kerey-Kent, an art writer invited by Anna Salmane.

The selected ‘dream team’ of artists (as one of the organizers, Šelda Puķīte, called it in a private message), and the critics too, worked very well, yet I was surprised by one thing: no matter how much experimentation the critics were willing to accept, their critiques were presented in a rather customary way; each text was put into a solid frame resembling a traditional painting, as if attempting to turn it into an adorable object. This was well-suited to the style of the Mūkusala salon, but contradicted the open and flexible structure of textuality that the Biennale offered. I don’t know why such a decision was made. I also noticed that the authors clung to the well-known forms of graphic expressions, i.e none of them offered criticism, for example, as a dance performance, audible text, accumulation of three dimensional objects or a prepared meal. This, I hope, will be further developed by the critics invited to take part in the next Artishok, because I think while the Estonian Art magazine would not appreciate greatly if instead of this review I sent them a box of Latvian Selga biscuits (too complicated to distribute them among the readers), I believe the Artishok Biennale – since there the criticism takes place in real time – is a rare chance for the critic to go wildly into the unknown. 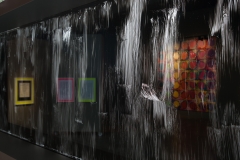 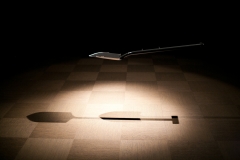 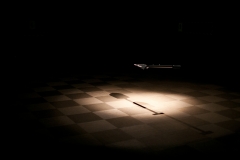 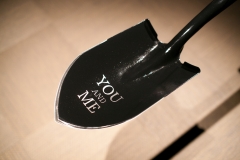 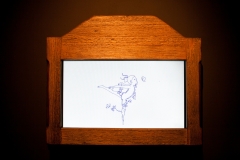 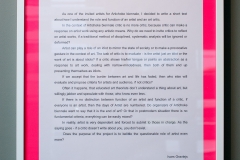 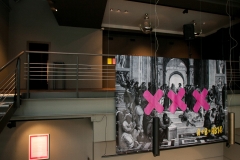 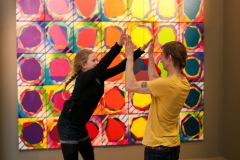