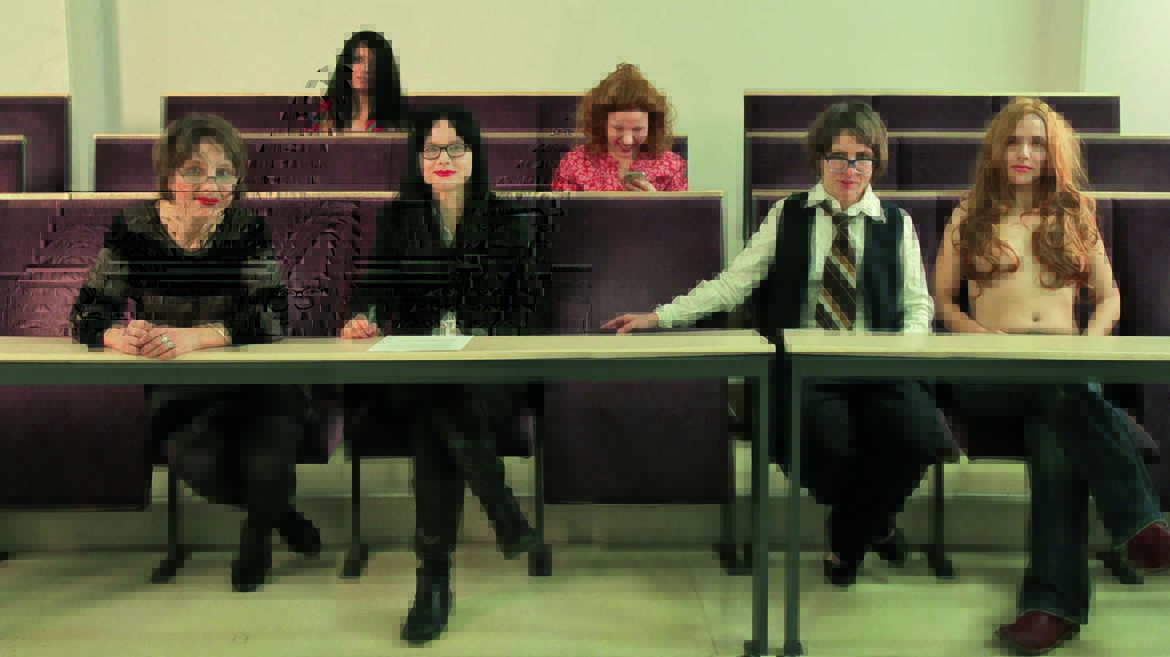 Participating in public displays of nationalism, shamelessly: Eva Sepping and her trilogy on nationalism

The distinction between the study and practice of nationalism can be a fine one. This is particularly true for places like Estonia, where writers, artists and other members of the educated elite have long positioned themselves as guardians and servants of the national culture, and where cultural nationalism prevails over other forms of nationalism. Criticizing nationalism in Estonia and elsewhere in the post-Soviet realm is an easy task, thanks to sophisticated theories imported from the West. However, it is more difficult to explore conundrums of belonging in daily life and to strive for empathy.

Eva Sepping (b 1978) is one of the few, if not the only, contemporary Estonian artist who has had the guts to engage in systematic research on nationalism in Estonia from an Estonian perspective. Her Estonianness matters because she creates art out of her encounters with Russians, Russian-speakers, Siberian Estonians and their descendants in contexts where ethnic and national belonging matter. Sepping began to collect visual data on nationalism in the late 2000s and has produced three solo exhibitions so far, all in Tallinn’s major art galleries. ‘Research’ is an apt description of her activities because she is close to completing her doctoral studies at the Estonian Academy of Arts. Academia has provided the artist with fluency in contemporary theories of nationalism, ethnicity and citizenship, as well as with a site for (self-)reflection on the workings of ideology and group identity. Looked at from this perspective, nationalism is for Sepping only a model that enables her to examine human psychology and the logic of subjugation. 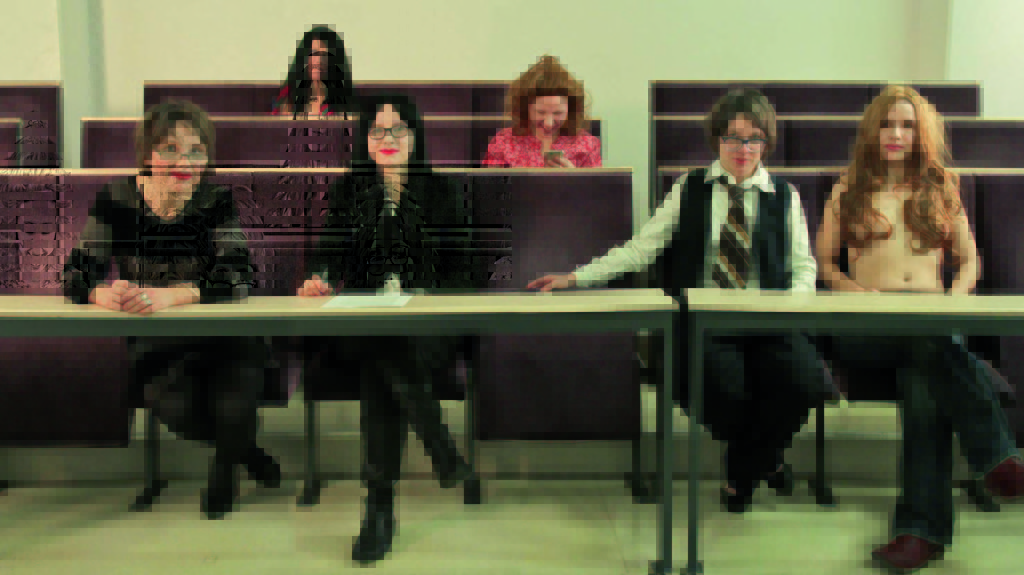 Sepping works mainly in video, photography and installation. Though she is not out to shock or provoke, her works challenge the mainstream to broaden its horizons, and they do so by treating, in a nonjudgmental manner, people and phenomena whose positions and meanings are always overdetermined. Sepping’s neutrality is not that of an uninvolved bystander. Rather, she achieves it by means of empathy and by turning herself into a research instrument. Her approach is ethnographic in that she observes, participates, documents, conducts interviews and reflects on these encounters as well as on her own emotions and her position. She cannot cast aside her Estonianness as she seeks to see and show the world through the eyes of others, showing sincere respect to her ‘informants’. Yet unlike an anthropologist writing on the basis of fieldwork notes, Sepping is free to edit her visual data and amplify selected symbols in producing appealing images and drama. 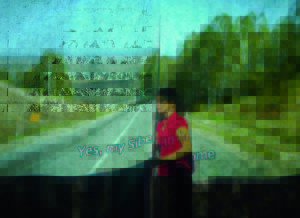 Eva Sepping. I Am Here. Exhibition view at the Tallinn City Gallery, 2012.

Fieldwork on nationalism has taken Sepping to Estonian song festivals, Independence Day military parades and various other commemorative ceremonies and public performances in which the Estonian state and nation are defined and recreated. She is not afraid to get carried away by such events’ sententious spirit and conservative aesthetics. On the contrary, participating in patriotic mass rituals earns her the moral right and sensuous expertise needed to discuss the allure of nationalist practices. At the same time, Sepping willingly takes her Estonian habitus and accent to situations and places that are considered Russian and where she is likely to be taken as a spokesperson for the whole Estonian nation and state. For example, Sepping has frequented Victory Day celebrations both in Estonia and in the Russian Federation. Depending on the point of view, Victory Day, observed on May 9, can mark the capitulation of Nazi Germany to the Soviet Union and the end of World War II, or it can be condemned as a practice that glorifies Soviet occupation and Russia’s supremacy. 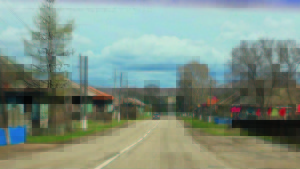 Eva Sepping. I Am Here. Exhibition view at the Tallinn City Gallery, 2012.

Sepping deconstructs such polarizations and breaks down monoliths by zooming in on individuals. Her first solo exhibition, Us (2011), at the Draakon Gallery (with Tanja Muravskaja) displayed several videos about families and individuals in the never-ending process of building coherent selves in sociohistorical conditions not of their own making. The Place of Dreams (12:16), for example, follows a young man’s journey, over a period of several years, from his place of birth in Russia to his grandmother’s homeland, Estonia. Sepping masterfully captures how Sergei’s enthusiasm wanes and his self-image of himself as an Estonian is shattered as the imagined idealized homeland is gradually replaced by first-hand experiences of local realities. The Last Estonian (3:20), on the other hand, portrays a lonely elderly man in what used to be an Estonian village in rural Russia. The video juxtaposes Sepping’s high expectations for their meeting with the old man’s reluctance and inability to play the role of the last living Estonian in the village. Several other shorter videos (e.g. Long live! (3:27) and Alyosha (1:17)) document Russian-speakers’ participation in Estonian Independence Day parades. Their mere presence at these events continues to be counterintuitive to many inhabitants of Estonia. 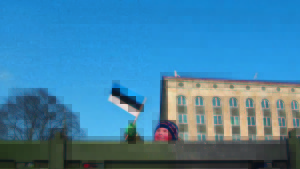 Sepping’s second solo exhibition, I Am Here (2012), at the City Gallery continued the pattern of short videos that bring to viewers perceptive snippets. For example, The Travellers (5:15) pulls viewers into a small car packed with passengers travelling the muddy spring roads of Siberia. Led by the middle-aged woman driver, the travellers, the artist included, sing popular songs in Estonian and Russian. The driver explains, in a mixture of Estonian and Russian, her feelings towards Estonia, her ‘historical homeland’, and her actual place of birth in Russia. We Were Born in the USSR (5:40) was likewise filmed in Russia. An elderly woman sits in a summery garden and recounts her life under different regimes. Memories of Stalinist repression and reminiscences on the absurdities of Soviet propaganda do not stop her from talking about the Soviet time approvingly as a time when people knew their place and not everybody had the cheek to speak up. Born in 1991 (3:30), on the contrary, captures a spontaneous performance of national togetherness in Tallinn’s main square in August 2009, after a patriotic sing-along concert dedicated to the restoration of Estonian independence in 1991: dozens of young people born in independent Estonia run hand-in-hand, singing and drawing the masses along with them.

There were altogether four videos displayed at Sepping’s I Am Here exhibition. While the works emphasized individuals’ abilities and right to adapt to given ideological circumstances and the existence of freedom of choice, however limited, viewers were forced to move through the gallery space according to a trajectory determined by the artist and could see only one video at a time.

The organization of space also played a crucial role at Sepping’s most recent exhibition, 15 Minutes of Shame, at the Hobusepea Gallery at the beginning of 2014. The title of the show paraphrased Warhol but also referred to the feeling of ‘sinking through the floor’ due to extreme embarrassment. The two-part video Public Displays of Nationalism where I was Present was displayed on two floors of the gallery, with screens placed directly above each other. In the first part on the ground floor (10:00), we see a nervous young woman presenting to an academic committee a video entitled Public Displays of Nationalism where I was Present. The video within the video contains scenes from the same ceremonies and mass events that Sepping has documented and analysed over the past several years: Estonian song and dance festivals, Independence Day parades and Victory Day celebrations. We see and hear members of the dissertation committee – artists, art critics and historians – chastise the young artist for picking such an unoriginal topic, for propagating nationalism and inciting hatred. The artist leaves the room quietly – by sinking through the floor – only to reappear in the second part of the video (2:00), showed in the basement hall of the gallery. After some hesitation, the artist in the video decides to (re-)enter the examination room in order to observe her work and its reception from a distance.

Eva Sepping plays all of the parts in the video. The video is accompanied by a series of six postcards entitled I do not know it, but I am doing it, which feature Sepping in various ‘public displays of nationalism’ in Estonia and the Russian Federation. Messages scribbled on the postcards reveal that the sender has a soft spot for ‘public displays of nationalism’ and takes part in them for the sake of participation and the feeling of effervescence they produce. 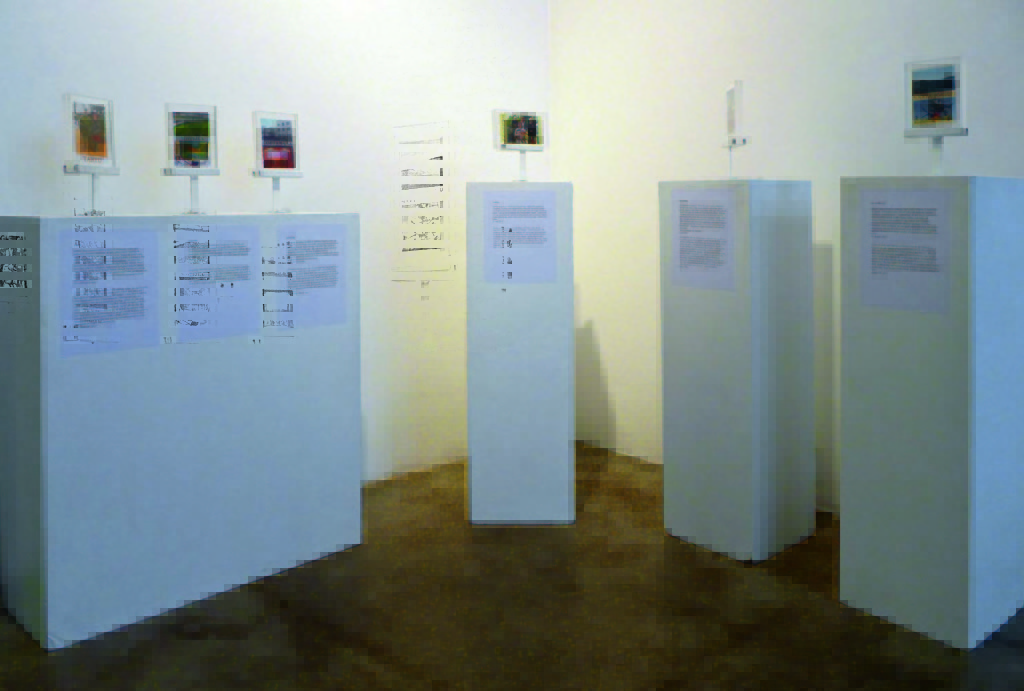 Eva Sepping. I do not know it, but I am doing it. Exhibition 15 Minutes of Shame. Hobusepea Gallery, 2014

Taken together, and by means of juxtaposing Estonian and Russian ‘public displays of nationalism’, Sepping’s two newest works lay bare the universality and corporeality of techniques of incorporation deployed by states, political parties, ethnic groups and various other movements seeking to engage masses. Body and mind are inseparably tied together and those in control of the form can manipulate the content. Even those of us who are well read in critical theory are not immune to bodily practices and sensory experiences designed to hold people together. A keen perception of an underlying conflict between participation and research, body and mind, is a major driving force in works created for the 15 Minutes of Shame exhibition. By openly discussing her own susceptibility to nationalist mass rites, Sepping empowers herself to share her observations of her colleagues in academia and the art world. She confronts us with intriguing and somewhat scary questions. For instance, what should we think of a person who goes in for nationalist ceremonies for fun and aesthetic pleasure rather than loyalty to a particular national group? Should this person be ashamed of herself, or is Sepping stating the obvious?

Home and Away - Raymond Pettibon and Marko Mäetamm