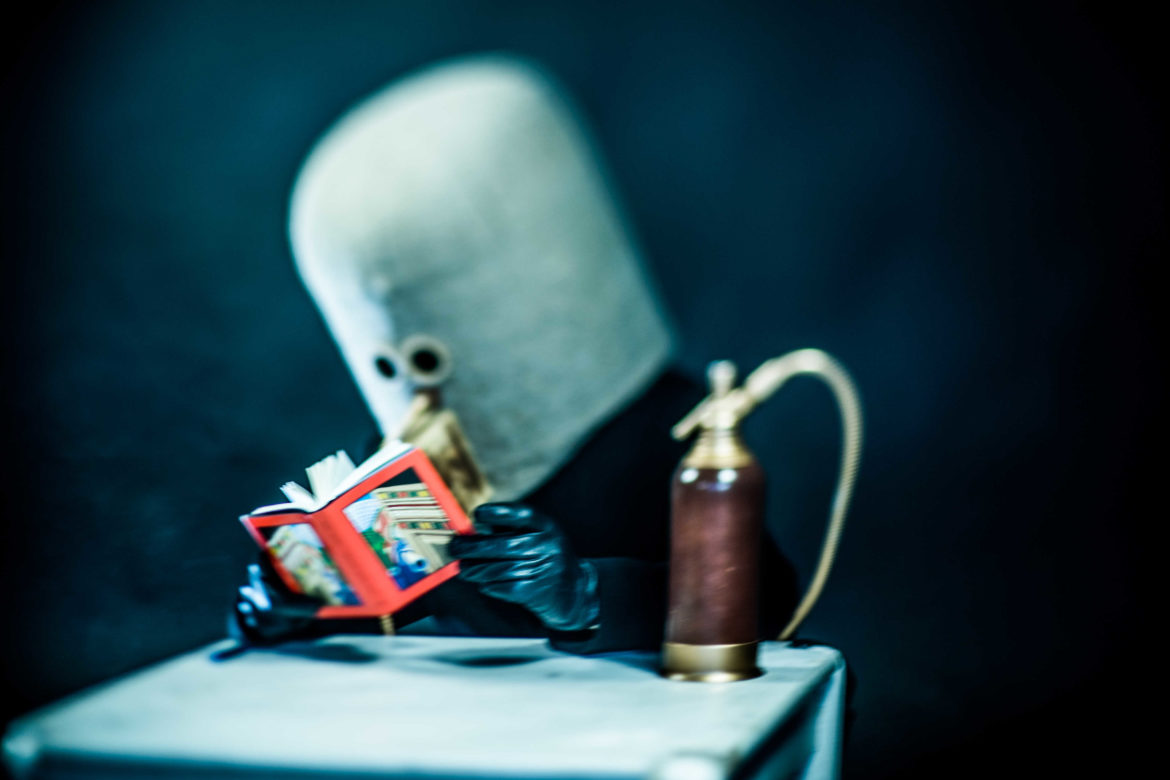 The heyday of institutionally promoting creative industries has passed in Estonia, and among its effects we can find interesting outcomes at the intersection of visual arts and publishing. Contemporary artists have been compelled to acquire market vocabulary, tools and reasoning, and ;paranoia publishing group is an example, although an ironic one.
;paranoia publishing group was founded by the multimedia artist Kiwa in 2014. Its brand reproduces the aesthetic of a global corporation, creating the impression of an elitist cultural product. Indeed, its logo seems to have spread all over the world – Hong Kong, London, Los Angeles, Kolõvan (an ancient name for Tallinn), Paris and Tokyo – with its head-office apparently in Tallinn. ;paranoia insists on providing the literary market with the most abnormal texts, intending “to achieve consumer satisfaction and destruction of reality”.

;paranoia focuses on experimental literature. One of its goals is to produce a sense of estrangement in language and to deliberately challenge what is familiar. Starting with their name: instead of referring to the psychological condition “paranoia”, it derives from the Fenno-Ugric words para (absolute) and noid (shaman/stalker). Aside from producing intriguing works of literature, the publishing house positions itself as part of the performance art scene, creating impressive shows for each book launch.

;paranoia is seemingly run by a number of high-ranking directors (managing, general, creative, art and a director of the board of directors), as well as several heads of departments (n0rmc0re, columnists, translation, AV solutions, personnel, photo and manuscripts). At the top sits the president of the corporation: Dr. M. Valdemar. To the general public, he’s known as Paavo Matsin, a member of the experimental literature group 14 NÜ, which was active in the mid-1990s in Estonia.

In the same vein as 14 NÜ, ;paranoia publishing group’s product presentations are spectacular events, with emphasis on attractive performances instead of just reading texts to audiences. At the inauguration of ;paranoia and the presentation of their “Anthology of Non-Existent Books”, Dr. M. Valdemar conducted an alchemical ritual. On many occasions, ;paranoia hijacks some bigger event, for example the opening of the 16th Tallinn Print Triennial at KUMU. This strategy guaranteed a large audience, including the Minister of Culture, which would otherwise require huge communication and advertising efforts.
The launch of Neon Black (Neoonmust), a magazine of fictional tabloid articles, represents the other end of their agenda. The event was promoted through yellow journalism and was attended by local socialites, which is an exceptional achievement for a publishing house of experimental literature. In its press release, Neon Black was described as a new international trend magazine, which “is now accessible also to the Estonian reader”. Actually, the magazine had never been published abroad though ;paranoia’s website refers to the non-existent product through fictional cover designs. But, who cares? What’s important here seems to be the desire to play with the norms of capitalist consumer society and induce desire through appearance. Creating a glitzy image for oneself is common nowadays; people are famous for being famous, for no apparent reason.

It is not possible to find the edition number or the year of publishing on Neon Black’s cover, so its sustainability is not guaranteed. The idea of a tabloid rag is created, producing everything around it, except for the magazine itself. The texts inside are fictional, although inspired by real-life events. For example the article “Mel Kaldalu osutus SNOWDENIKS” [Mel Kaldalu turned out to be SNOWDEN] refers to the media-trickster and political activist Meelis Kaldalu, who stole a computer from the parliament building in 2013.

One shouldn’t judge a book by its cover, but it is evident that the majority of ;paranoia products (27 works released so far) are distinctive because of their clinically clean layout and occasionally toxic neon colours. The laconic style attracts with its lack of pretentiousness. The products are designed by the noted graphic designer Tuuli Aule, with whom Kiwa started co-operation back in 2004, when he published his first book Roboti tee on nihe / Salatühik. (The way of the Robot is the Shift / Secret Void).

Aule has managed to create a signature style for a large variety of products. To illustrate the scope, there is a colouring book (TKUN ORHA PNUL by M. Kleis and R. Jakapi), post-cards (by H. Hütt and E. Müürsepp), a music album (“Memorial”, by Cubus Larvik), a magazine (Neoonmust), a reference book (the 1st volume of A List of Every Band Ever, by Celer Tambre), a book of verse with accompanying CD (“Sulgunud ruum”, by Joanna Ellmann and Kiwa), along with rather normal textbooks, although there’s nothing normal about their content. ;paranoia is interested in authors who are not attractive to mainstream publishers and whose manuscripts have been rejected (e.g. Valegiid by T. Novek), or who don’t intend to publish their texts in the first place (e.g. “Psaiko” by Psaiko). The latest issue of the so-called Beloved Classics series is by R. Velbaum, a notorious situationist, whose aphorisms wouldn’t have come to the surface from the underground club scene of Tallinn without the initiative of ;paranoia publishing.

In this regard, Kiwa works as the PR manager for experimental art and literature, bringing readers to unknown phenomena. The large network of people whom he has gathered in the functioning of ;paranoia publishing guarantees its unpredictability. Even though the publishing house has a seat for a president, this is rather symbolic. In reality ;paranoia publishing is lead by incidentalism: every member of the so-called corporation may shape market relations. Indeed, ;paranoia’s slogan, “see where it takes you”, delivers on its promise: all that one has to have is curiosity and a sense of irony. 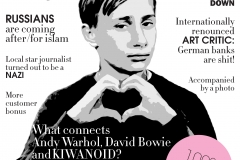 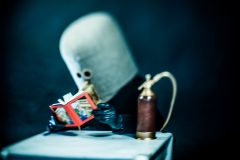 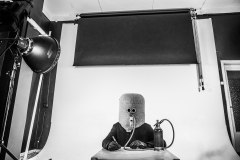 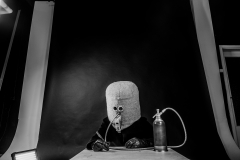 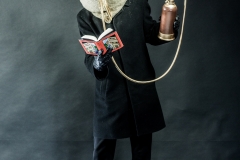 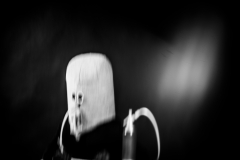 Marika Agu (b. 1989) is a curator and art critic; in 2015 she curated Kiwa’s retrospective “Autoportait with the Unknown” at Tartu Art Museum.