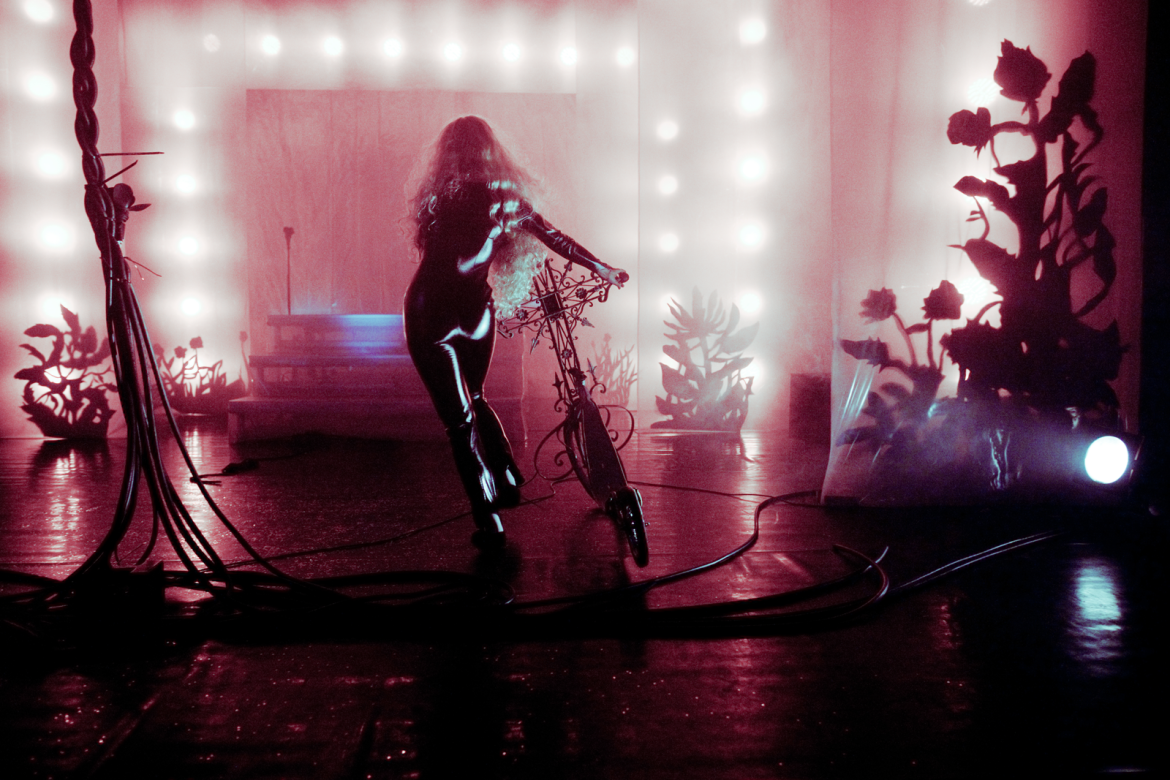 Laura Pählapuu (LP): I remember how as a child I was fascinated with the visual, formal side of things: colourful pictures in books, printed dress patterns, ice-cream and sweets wrappers, painted pictures on the bottom of my soup plate, etc. In primary school Russian lessons, we often had to prepare dialogues. They were rather simple two-sentence studies (Kto tam? Eta ja, sabaka – Who’s there? It’s me, the dog.), but I liked to illustrate them with a relevant ‘stage decoration’ (e.g a samovar painted on a piece of cardboard, churches with onion domes etc.). In a sense, scenography is a kind of extension of childhood: constructing different environments to play in, creating wondrous atmospheres and magic worlds. On the other hand, it is a rather technical field: each new production offers you a new challenge and a test.

Eero Epner (EE): What is the role of scenography in today’s theatre?

LP: Even productions without artists have their own style and design. The actor who comes on stage in his own clothes is no less costumed than a character in a traditional 18th century opera. I think everything on stage is amplified, and each object acquires a symbolic and intentional meaning: just as you display something in an exhibition hall.

A tastefully and stylishly matching solution is generally viewed positively. I think it is a bit more complicated. Scenography cannot be reduced to mere decorative concepts. It has a higher artistic value, as it works in close symbiosis with actors and the entire production. It is even strange that the director and the artist are two different people. I would compare a good production with good food: you cannot, after all, separate the taste from the appearance – they function together, and do not use different components. It is therefore quite common that directors prefer to work with the same artist, as it is essential to be on the same wavelength and understand each other. What captivates me most in my work as a stage artist is the immense creative freedom: I can exercise my whole imagination, and create a totally new visual world and all the details in it.

EE: Theatre is a symbiosis of the arts and in new theatre this includes scenography: it’s no longer just decorations, but a complex of videos, pictures, environments and costumes. What could make your heart beat faster?

LP: I think all those new media have been adopted in theatre in order to get closer to the audience, to create a concentration of artistic ‘real life’. To produce ‘reality’, theatres used to show cardboard decorations and ‘genuine’ birch trunks, whereas in the modern theatre these elements have become the epitome of artificiality.

In several productions, I have used photography and video. Video should by no means be the easy way out, used to merely enlarge an actor’s face or show scenes that are difficult to reproduce on stage. The material of video (consisting of the projection of light particles) is much more lightweight than real flesh-and-blood acting. Video can, nevertheless, augment some events on the stage and seem to take the viewer into another environment.

In my opinion, the usage of video on stage in newer theatres will soon decrease and more closer-to-life measures will increase. I am quite keen, for example, on place-specific theatre: productions for real, existing spaces, environments. Joining reality and the stage-created has fascinated me for a long time, both in my works and in scenography. In a forthcoming production, for example, we plan to observe an actor first in his home, in his room, and later construct the same room on stage, where the actor will play a character, not himself.

Depending on the production, the artist’s handwriting and preferences often change. In my case, it may be because I am not yet an established artist. This may seem strange, but scenographers, too, largely work by relying on themselves. After a highly decorative and grandiose design, I often long for something more minimalist, and subconsciously this dictates the look of the next job.

EE: Do you think it is important in art to ‘express yourself’? If yes, then is it easier (more organic) in some fields of art than in others?

LP: The artist’s personality is indeed greatly involved in art. I don’t think I want to stay faithful to just one field of art; the means probably come from an idea or a theme I want to convey. One idea or ‘inner sense’ is most vividly expressed in a simple sketchy drawing, while another is expressed in a long video series.

EE: Can art be collective?

LP: I prefer to work alone, as it is often difficult to clearly express your idea at the beginning and it takes several attempts and pauses until the work is properly born. As a scenographer, too, I mainly enjoy smaller theatre groups, as there are fewer different ‘departments’ involved in producing stage sets. I just hope that the idea will be realised as precisely as possible and that I can help in technical aspects as well.

EE: You are also active as a drawing and video artist. Is the logic different in visual arts and scenography and, if so, to what extent? Do you think about the two as being in different categories?

LP: I’d like to think that there is no great difference between scenography and visual arts. One, of course, has a more practical nature, but the artistic value is the same. I mentioned before that scenography can be a concentration of reality or a strange shift from it, and both in art and in theatre I am fascinated by all kinds of installation methods. To convey thoughts and feelings by simple and clever means. I remember when I saw Marina Abramović’s video, which consisted of a green field of grain in the wind and gentle gusts of wind that occasionally riffled the viewer’s hair, in an exhibition hall. I would like to convey something like that in my works and in my stage designs. 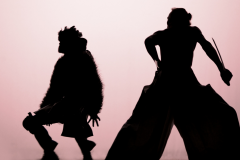 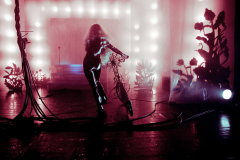 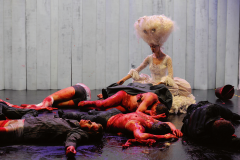 Laura Pählapuu (1984), studied scenography and drawing at the Estonian Academy of Arts, MA in 2009. Has lectured at the Academy and worked as an artist at theatres, e.g Theatrum, NO99, Von Krahl, Estonian Drama Theatre, National Opera Estonia, Ugala, Rakvere Theatre, Helsinki City Theatre.