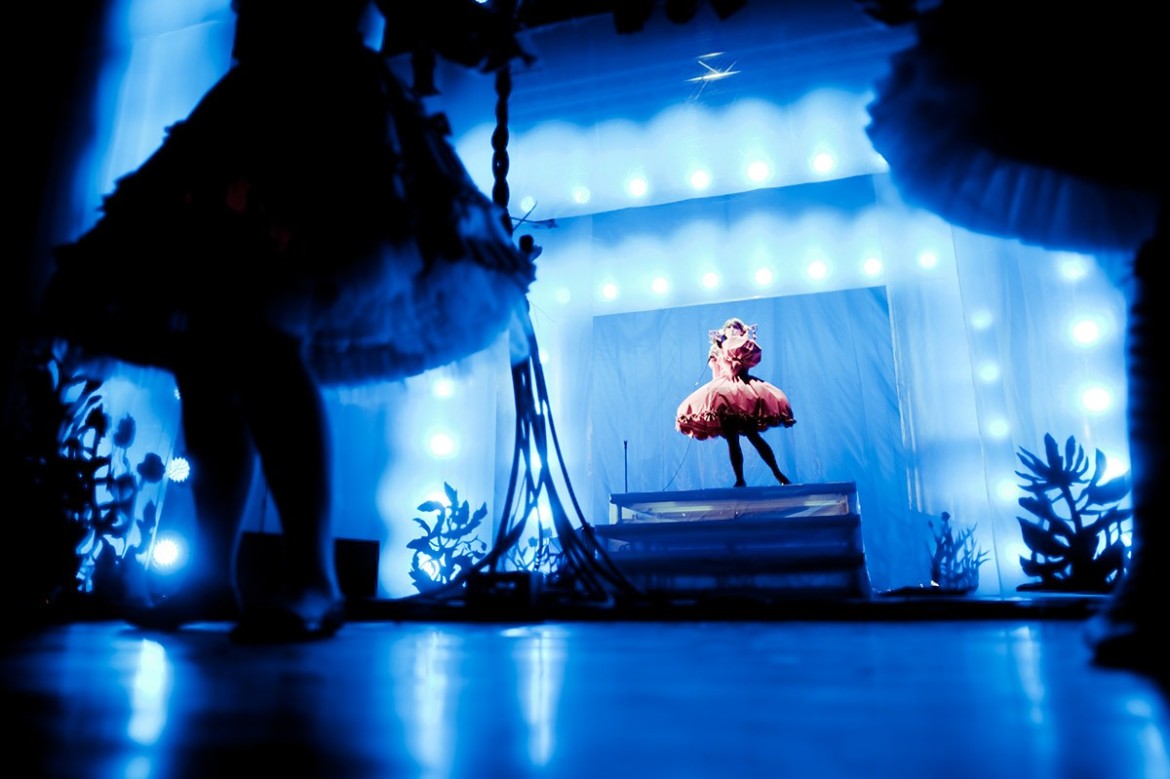 Twentieth century theatre has seen various avant-garde trends, which have tried to rid it of the reputation of theatre being a ‘bourgeois field of art’ and have stretched the borders in different directions, mainly towards abandoning narrative and the yoke of language, which has brought about a more abstract language of images, as well as attempts to integrate with music, film, dance and visual arts. In the second half of the century, theatre increasingly sought opportunities to reject theatre lies, and thus moved via various methods towards realism. Today, this has become one of the dominant trends in theatre. Not only independent groups, but also big state theatres are moving out of classic theatre buildings and performing in storehouses and marketplaces. This is no longer just searching for new venues, i.e. aesthetic nomadism; rather, the ideological aim is to find ‘real’ spaces and environments, in order to proceed concurrently with ‘real life’ and bring theatre to the social classes that cannot afford to go to the theatre. The cloakrooms of big German theatres mainly contain fur coats, whereas the new venues welcome immigrants, workers, washerwomen and other humiliated and abused people. 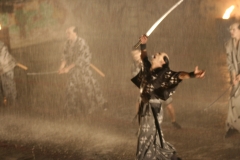 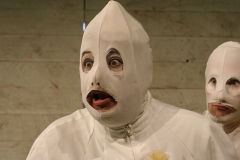 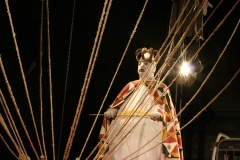 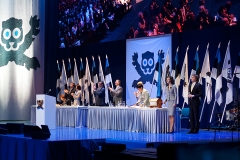 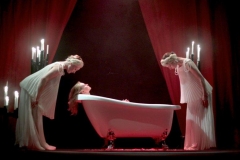 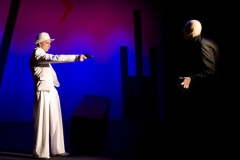 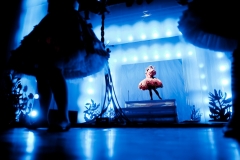 However, despite theatre’s aspirations for the avant-garde, it is often regarded as conservative, populist and stuck in traditions. This contempt is excellently summarised by Roland Barthes: “I consider myself as a friend of theatre, but I have not been for ages.” Something similar happened in Estonia: visual artists of the 1990s radicalised the whole art scene, whereas theatre remained a place for presenting national narratives and bourgeois entertainment; only very rarely could one see artists settling into velvet chairs at seven in the evening. They would have been bored. The experience was too embarrassing and painful.

Recent years have witnessed theatres across the world trying to adopt more impulses from visual arts. On the one hand, this operates at the personal level: theatres have attracted such artists as Olafur Eliasson, Chiharu Shiota, Hermann Nitsch, Jonathan Meese and Daniel Richter. On the other hand, links are also sought at a more abstract level; the best example is perhaps the winner of the last Venice Biennale, the German pavilion. This constituted a total Germanic church by Christoph Schlingensief: a Dadaist myriad of avant-garde films, excerpts of his autobiography and political-surreal slogans on the walls.

Looking back, it is interesting to see that the borders between visual arts and theatre have always been fuzzy when avant-garde tendencies increase in culture: from the late 19th century to the 1920s, again in the late 1960s and seemingly now as well. The same is true in Estonia: the cubist-futurist Group of Estonian Artists of the 1920s worked comfortably with painting, book design and scenography; in the 1960s several avant-garde painters (e.g. Andres Tolts and Leonhard Lapin) participated in the theatre innovation movement in the Vanemuine Theatre in Tartu. But what is the situation like today?

On the whole, the situation is so-so. On the one hand, we have no reason to talk about the avant-garde or the triumph of radicalised aesthetics because, together with the market logic, conservatism has also been imported into the cultural field. However, there are various signs that theatre is seeking interactions with contemporary visual arts. Such tendencies are primarily linked with three artists: Ene-Liis Semper, Liisi Eelmaa and Laura Pählapuu. Although all three graduated from the scenography department of the Estonian Academy of Arts, they have also consistently worked in other areas of art: Semper is an internationally acclaimed video and performance artist, Eelmaa has displayed her work at exhibitions and made documentaries, and Pählapuu is involved in video and drawing. This kind of parallelism has an impact on their scenography work, as the visual environment in theatre is for them always contextual and does not exist apart from the production, which is not a separate autonomous artwork – something that Semper has repeatedly stressed. However, people working in theatre are now thinking along the same lines as those working in contemporary art. “Things coming from theatre can, at their best, be placed in an art hall. I personally would like to be an artist. And never be embarrassed by the things I show in a gallery,” said Eelmaa in an interview. The changed attitude of scenographers to their work is perhaps even better described by the legendary German scenographer Bert Neumann, whose novel aesthetics significantly altered the entire understanding of the essence of space in theatre in the 2000s: “For me – and I see myself first of all as a visual artist – theatre primarily offers good working conditions: relatively generous budgets, highly skilled artisans and partners (directors and actors) who are able to proceed with my suggestions. And I am glad to operate outside the art market rules.”

This somewhat new attitude towards scenography and theatre is obvious also on stage. Firstly, the way space is dealt with has changed. ‘Space’ in theatre has gone through various interpretations, from decoration to zero decoration, from illusory space to meta-theatrical gestures, where the theatre hall itself is presented as a stage set. Contemporary theatre has spaces which are theatrical, i.e. they create an illusion of another space, although they also do not produce realist ‘playing backgrounds’, but instead abstract environments. These grant sufficient freedom of creation, and also offer conceptual interpretation opportunities as well. This is an essential difference in Estonian theatres too, and also different from the long-prevailing symbolist approach, which demanded that theatre and the environment on stage symbolise something external. Contemporary space no longer wants to ‘symbolise’, does not aim to show the ‘tragic difference gap’ regarded as typical of theatre, or show something that does not exist (marking illusory rooms, characters and events). The opposite is true: the purpose is to move closer to real abstract moments, when whatever is happening right under our noses is the ‘thing’. Thus Semper did not design a fake home of intellectuals for her production of Who’s Afraid of Virginia Woolf?, but constructed a revolving stage as a small black box, with a few chairs and a tape recorder. This was an abstract conceptual room, which was not zero decoration, because the scenographer offered means to stimulate the viewers’ imagination.

There are many such means in theatre. It is no wonder then that Semper, Eelmaa and Pählapuu are highly visual artists. Against the background of the general, rather minimalist taste, their works of art created in theatre are baroque, lavish, colourful, intense and emotional. Emphasising the visual aspect also means escaping the language of description: it used to be possible to tackle illustrative scenography pragmatically or via sentimental symbolism, whereas today’s non-commenting scenography is affective; intellectual construction is replaced by stressing visually effective pictures and spaces that unroll one after the other and are increasingly amplified. The result is theatre which, like good contemporary art, is abstract enough to not focus on the meaning offered by the artist. Instead, various signs aspire to ignite the viewers’ interpretation, and it is sufficiently ‘artistic-theatrical’, i.e. instead of a minimalist void, the aim is a number of visual layers, so that the images emerging in the minds of the viewers are emotional and as contradictory as possible. This, after all, is the only way to guarantee that theatres are full of people, and not the bourgeoisie.

Contemporary art encompasses all the rest