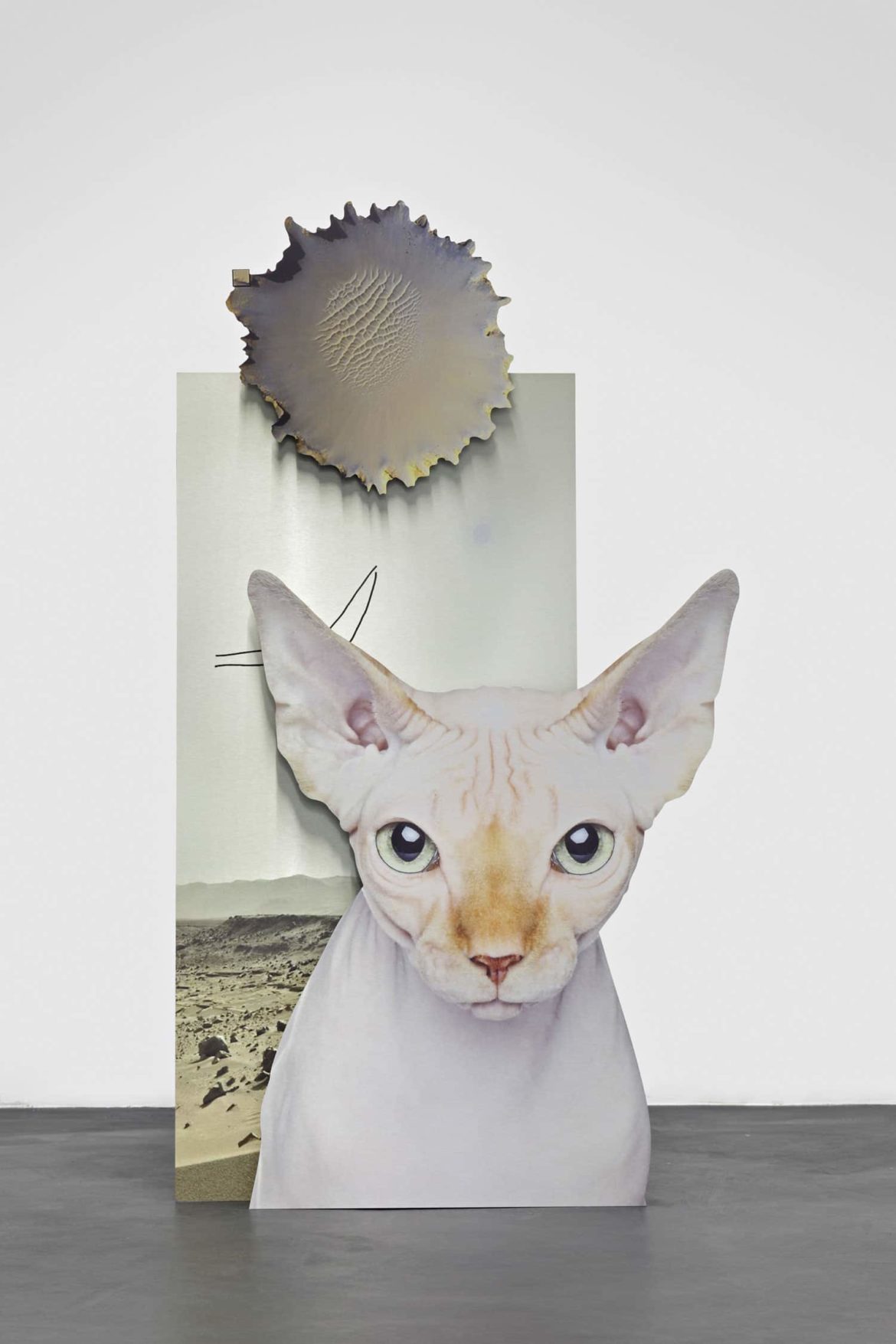 From the very start of her path as an artist, around 2010, Katja Novitskova’s work has been concerned with the ecology of digital images: how images are created, recycled and recontextualised. She also extensively uses “found images”, often from outside the art sphere, from the fields of technology and science. But rather than framing those images as feats of human progress, she gives priority to non-human agents and draws attention to the process of looking. By detaching the images from their original context and placing them in new settings, Novitskova makes us re-evaluate the way we as humans look at other entities. Furthermore, as she also uses images as they are produced by various machines, such as satellites, scanners and cameras, she gives priority to the process of seeing or witnessing. The images she uses are not “seen” in a conventional (human) sense but are witnessed by other entities. Do they look back at us? Who are we under their gaze?

Many of the images Novitskova uses – especially those of animals – are familiar to us, or at least this is what we would like to believe. We claim the depicted organisms belong to our, the human sphere; we think we are connected to them and they to us, that they are our familiars. Yet, they are familiar only to the degree we liken them to ourselves. To remain empathic, we need to place the non-human in narratives we can understand; we need to view them as we do ourselves, placed in cinematic settings for our viewing pleasure. By using isolated and enlarged high-quality images, Novitskova makes viewers balance between feeling a connection to the images, and having an uneasy sense of not being sure what they are looking at. In “All the wild animals” Sam Kriss writes: “Faces don’t just appear in closeup; the closeup is a part of facialization. Flat and abstract, invading the terrain of the living being, the face is never human, never even animal, a strange and inorganic malignancy.” (1) As soon as the the human gaze is disrupted, as soon as we cannot recognize their faces, or feel them looking back at us with a little too much self-awareness, they become foreign, strange and impenetrable.

A database of acceptable cinematic gestures to reassure us the non-human is still spectacular and worthy of our gaze, yet tame enough not to pose a bigger threat than we need for moderate stimulation.

The Gaze of the Other

Novitskova often imagines alternative scenarios for the non-human: what is their potential as independent entities with their own agendas, having their own agency? It is not so much a question of if there is a present and future without humans for the non-human, but rather what it is like. What is it like to exist without the human gaze, without being constantly framed as our familiars?

By using images collected by mechanical eyes, Novitskova makes visible alternative ways of seeing the world, ways that do not rely on human vision.

Imagine their eyes. They do not have eyes.

It is somewhat difficult for humans to imagine what and how the non-human see; the scale is often incomprehensible to us, ranging from satellite images of other planets to microscopic portraits of bacteria. It is even more difficult, as this type of seeing is done by other means that have little to do with human vision. But is putting together a database really equivalent to seeing? What is this gaze about that is able to see and record everything? Is it an inquisitive gaze? A disengaged gaze? A probing gaze? If it is probing, to what end?

The entities that look at the world in Katja Novitskova’s works, are not exactly probing for research, as this would suggest intent with a purpose. Perhaps they really are just disengaged witnesses, scanning what they encounter and fulfilling their purpose as evolutionary links to an unknown future.

Possibilities for the future: they will be looking at us looking at them in the past. How helpless and lost will we seem?

There is an uneasiness in not knowing how to make sense of being recorded and looked at. Since we are unable to access data in its raw form, further interpretation is needed; we add another layer to it, and cinematic images are what we crave. In her work, Novitskova takes a step back and arranges these images into fictional compositions: fictional in the sense that, to the “original” agents or sources the images come from, these narratives are probably quite foreign. She tries to place her actors in situations where new contact points and potentials can be discovered.

This is also expressed in the settings Novitskova creates for her work. Using found images and objects detached from their initial context, mostly originating from fields outside of art, she creates scenes where unexpected encounters happen. These encounters feel like points where something is about to gain momentum. As the natural and the artificial touch, often quite literally, they create slight imprints on one another: possibly for future reference and return encounters. If this is the initial contact, perhaps somewhat robust, how long before the critical mass accumulates and the potential of the non-human is really activated?

Keiu Krikmann (b.1988) is a freelance writer and translator. She is one of the co-ordinators of the project space Konstanet and works as the gallerist of the Estonian Academy of Arts Gallery.

Post-internet art in the time of e-residency in Estonia