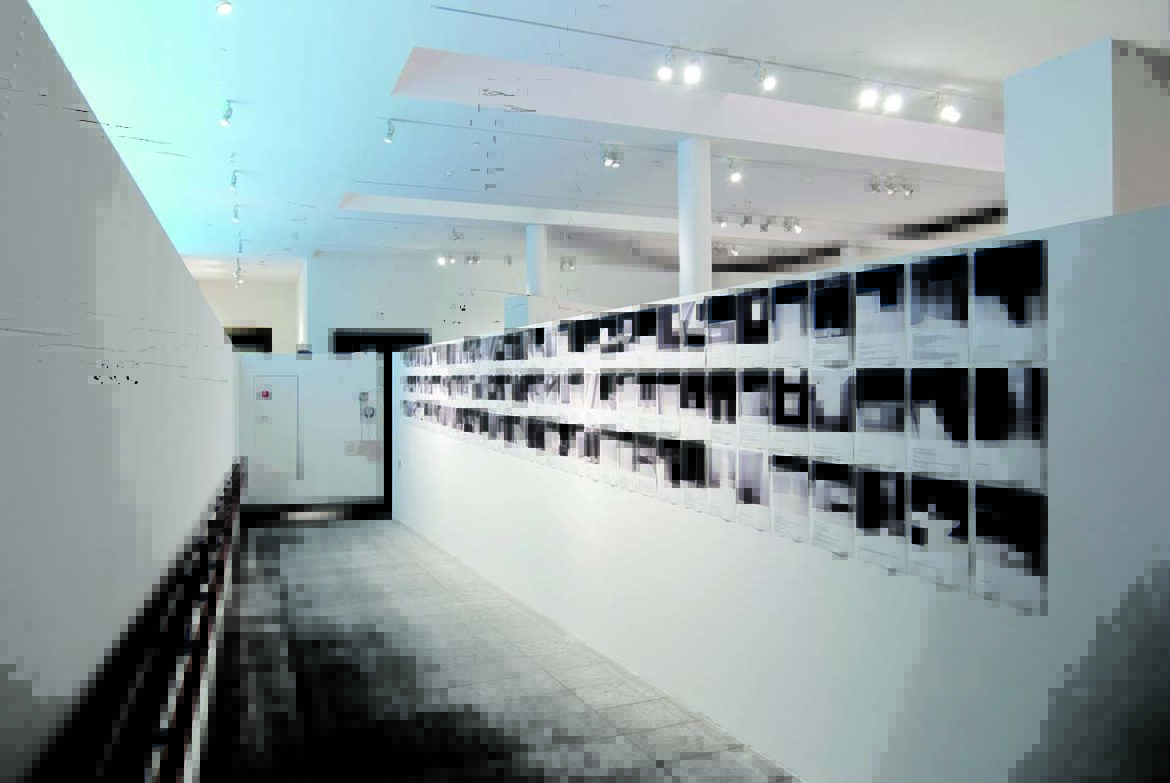 Beyond with Agamben and without Agamben

The Italian philosopher Giorgio Agamben’s short essay The Last Judgement (2005) served as the ideological viewpoint to the international exhibition Beyond [curated by Adam Budak – Ed] at the Tallinn Month of Photography at Kumu Art Museum. Agamben has a very particular take on photography, that does not necessarily embrace the whole exhibition, but analysing his ideas with a few other theorists might help to broaden his scale. 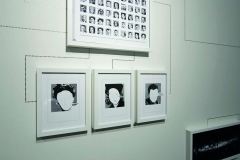 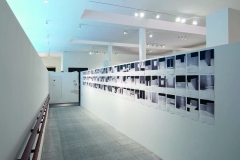 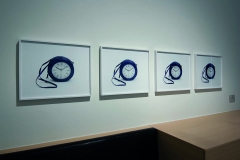 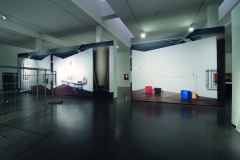 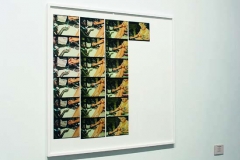 ‘Look at my face: my name is Might Have Been; I am also called No More, Too Late, Farewell’. This is how the introductory text to the contemporary photography exhibition Beyond begins. It is poetic and a bit sentimental. This was the dedication that Edgar Auber allegedly wrote on his photo portrait that he gave to Marcel Proust in 1891. Photography was Proust’s idée fixe. When the press asked for Proust’s portrait photo, he always sent a few or had new ones taken. When he received visitors, the famous writer always found a reason to show them his photography collection.

There are probably few people who knew Auber’s name well. Marcel Proust, who enthusiastically collected portrait pictures of his nearest and dearest, with dedications, met the young Swiss diplomat in the early 1890s. Proust became very fond of Auber and, when the latter died after they had known each other for one year, Proust mourned him for a long time. He repeated Auber’s dedication in several of his letters and it remained one of his guiding principles for life. Proust thought dedications had great power to influence reality and he saw a shocking power in Auber’s dedication, which seemed to foretell the young man’s death.

It is important to remember here that Proust’s keenness for photography occurred at the end of the 19th century and in the early 20th century, an era that witnessed turbulent developments in photography: from widespread photographic studios to the first mass-produced hand-held cameras. As a relatively new medium, photography still evoked great respect and even a sense of mystery at the beginning of the new century.
Giorgio Agamben’s interpretation

One hundred years later, in his essay The Last Judgement, Giorgio Agamben replaced the mysticism of photographs with religiosity. Like Proust, who thought photographs and their dedications were extremely important, almost like omens, Agamben too writes in his essay that through the lens the most banal gestures in human life become essential on Judgement Day. A movement captured by the camera contains the whole meaning of human existence. This could easily be Agamben’s way of demonstrating the power of Image over Word: on Judgement Day, the angels in the heavenly court do not open a man’s register of sins in written form; rather, judgement is passed on the basis of pictures.

Agamben talks about photographs that document and claim to depict the real world. However, the majority of displayed works in Beyond manipulate through photography as a medium or through the viewers’ senses. Interpretive photography is no longer a two-dimensional surface, but escapes the classical boundaries, to the other side, beyond: surprising and startling, enchanting and disturbing, moving away from facts and spilling into physical space. The works, which surpass the borders of photography, do not have any pretentions to a truth outside themselves, only claiming their own truth. They are linked to the material world only by a narrow umbilical cord and the cord is the bridge, according to Agamben, the ‘supreme abyss’, which provides today’s photography with its ambivalence, its amphibian state – existing between the two worlds with a chance to take an occasional look at the ‘other side’.
Nancy and the sacred nature of images

Agamben’s collection of essays which contains The Last Judgement appeared first in Italian in 2005. Besides his short essay, it makes sense to read the texts by the French philosopher Jean-Luc Nancy on how images function in our world. Nancy is not quite as religion-based as Agamben, but a parallel reading of these authors makes it possible to interpret Agamben’s brief ideas about photography without a mystical-religious background. With Nancy, we should bear in mind that his theory of pictorial culture is strongly influenced by Maurice Blanchot. According to Nancy, image not only belongs to visual culture, but it can also be musical, poetic, tactile, kinesthetic etc. He does not talk specifically about photography, although his theory can easily be employed in analysing photography.

Nancy begins his essay L’image—le distinct (1999) with the words ‘Image is sacred…’, but hastens to explain that his ‘sacred’ is not religious. An image is sacred, i.e. standing apart, distanced, not belonging to this world. Something sacred is something that cannot be touched and it is not possible to establish connections with it. Moving away from the term’s religious connotation, Nancy calls the ‘sacred’ ‘distinct’ (le distinct). What is ‘distinct’ is distant, the opposite of closeness. Nancy continues that the distant can be divided into two parts: it is either separated from contact, not tactile, or it is separated from identity, which means that it is different. An image is an object that is no longer the same object. An image distinguishes itself from the object.

Agamben explains how photography gives an individual gesture the weight of a whole life. Maurice Blanchot asks whether reflection was not in fact always more spiritual than the reflected object. And Nancy talks about images as something ‘sacred’, i.e. something distinct, far from the world of objects, which is characterised by availability. All three views place photography, or image in its broadest sense, somewhere else, ‘beyond’, although that other side does not have to be transcendental in its religious or mystical sense (Agamben, of course, clearly prefers the religious approach).
Return of the dearly departed and eliminating the marked

The third philosopher tackled here, Maurice Blanchot, writes that the image usually comes after the object. ‘After’ means that the object must move aside in order to become graspable again. The object reappears as something that is lost. An object that will never truly come back returns as an image. Similarly, Agamben also talks about photography as something that makes the lost reality possible again.

Works that make use of various found objects and photographs can be viewed as the return of the dearly departed. The American artist Marlo Pascual, for example, gathers her material from second-hand shops and flea-markets. The Turkish artist Banu Cennetoglu uses newspaper cuttings of rebus sections. The slides of the Cyprus-born Christodoulos Panayiotou come from the archive of his native town. Haris Epaminonda, also from Cyprus, frames yellowing reproductions from old magazines.

Blanchot removes from the image its most characteristic feature: the image signifies something and has a meaning. According to the artist, an image does not in the least help us to understand the object itself, but instead distances the object from its meaning, keeping it in a state of immobile similarity, which has nothing to be similar with, as it marks something that is no more. On the one hand, this idea is also valid for found photographs, but it can equally well be employed in a procedure where the artist has hijacked the object and removed all indexicality from it.

An excellent example here is the work of the German artist Annette Kelm. She depicts the most mundane objects, providing them with an alienating aspect. According to Nancy, we could replace the notion ‘alienating’, often used to describe Kelm’s work, with ‘distinct’. Following the logic of commercial photographs, Kelm lifts objects to ‘sacred’ status, preventing the viewer from establishing emotional links with the objects, as they are separated from the context and functionality, and all traces of a reference system are removed as well.

The photographs are decorative until the moment the viewer’s logic receives a blow: the lamp-series (Anonymous, Lilac Clock Bag Buffalo Exchange, 2007) depicts a lamp falling sideways, but the process of falling is disrupted at various stages, causing a subconscious confusion with the general logic of our world. Kelm also repeats this ‘something-is-wrong’ feeling in her flower vase work (Untitled, 2011). The initially faultlessly formulated photograph gradually begins to reveal an intentionally unfinished formulation: the flowers in the vase are withered and the water has turned yellowish, the background is a fabric with traces of folding and torn edges.
Blanchot and image as a dead body

Becky Beasley from Great Britain has been working with Blanchot’s theory for some time. According to Blanchot, what marks something that is no more is a cadaver – a dead body seems to mark a human being that once was, but at the same time was not. He has compared images with dead bodies and reveals the relevant paradox: a dead body is not a living person, nor is it the same person who was alive, or anyone else. A dead body is simultaneously here and nowhere. Paraphrasing Agamben, a photograph constitutes a supreme abyss between this world and ‘beyond’, although it does not fully belong there or here, but combines something of both.

Beasley’s work is characterised by its links to literature. Literary Green (2009), an installation of two photographs and a glass table on steel legs, is derived from Herman Melville’s 1853 short story Bartleby, the Scrivener. In the story, Bartleby works at a solicitor’s office where he has to copy legal documents, but gradually he refuses to do any work, or even make a single movement, until starving to death.

Beasley examines Blanchot’s notion of the cadaver as a lack of something, as the dead body marks something that no longer exists. The artist tries to re-perform ‘lacking’ – Bartleby’s boss wants to conceal the employee with a wall, move him away, and Bartleby himself degenerates into a state of deep idleness, losing all typical features of life. He becomes a black hole, which seemingly exists here and now, but is no longer the same person or in fact any person.

Finally, leaving aside both Nancy and Blanchot, we should take a look at an artist whose work, among others presented at the exhibition, probably best suits the ideas in Agamben’s essay. Tatiana Lecomte, a French artist residing in Vienna, has two works displayed: Leni (2010) and Cadaver Obedience 1 (2010). The first shows the German propaganda-film director, and Adolf Hitler’s close friend, Leni Riefenstahl feeding African children. In the other, a Wehrmacht soldier demonstrates to his subordinate how to salute properly. Both of Lecomte’s works are similar in form and imitate the sequence of film shots. She has enlarged various details on found photographs and arranged the results in a film-like sequence. The work tries to create a sense of movement on an essentially static surface.

An image imprisons a gesture’s dynamics, as Agamben wrote. Inspired by Gilles Deleuze, Agamben developed a theory of ‘gestural cinema’, where the element of film is gesture, not image. Agamben reduces the image to a set of gestures. Film is able to make the static image move again and turn it back into a gesture. Lecomte seems to attempt to liberate the gesture recorded in a photo by means of photography itself, thus creating an illusory dynamics. Lecomte’s photographs refer to specific historical eras or people, and make them again forgotten, albeit for a brief time. These works, almost in the purest way, embody Agamben’s idea of the importance and weight of a gesture recorded by photography on the ‘Last Day of Judgement’ – the master of Hitler’s propaganda films is then evaluated on the basis of her kindness to the starving African children, and the Wehrmacht soldier is redeemed thanks to his obedient behaviour.

*This article was written for the Kunst.ee magazine.

Ragne Nukk (1984), art historian and critic, curator of contemporary art and project manager at Kumu Art Museum. She has studied art history, semiotics and philosophy at Tartu University and art theory at the Estonian Academy of Arts. Her main research topic is media art in Eastern Europe.

A Month of Photography, without going Beyond