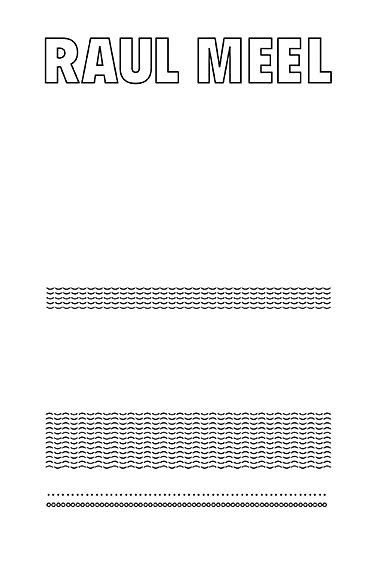 The book accompanying the exhibition Raul Meel. Dialogues with Infinity at the Kumu Art Museum (09.05.–12.10.2014) provides the first comprehensive survey of the oeuvre of Raul Meel, an avant-garde classic.

Raul Meel is one of the most significant representatives of conceptual art and concrete poetry in Eastern Europe, and he is known as Estonia’s most renowned autodidact and outsider. In the West, Meel’s experimental work was recognised with many awards as early as the 1970s, and the artist received invitations to many distinguished exhibitions. In the 80s and 90s, Meel’s talent and large-scale work also started to be recognised at home. Raul Meel has participated in numerous exhibitions at home and abroad and has received many important awards. The authors of the articles examine Raul Meel’s various creative outputs, and a large section with reproductions and biographical photos provides a thorough survey of the artist’s work.