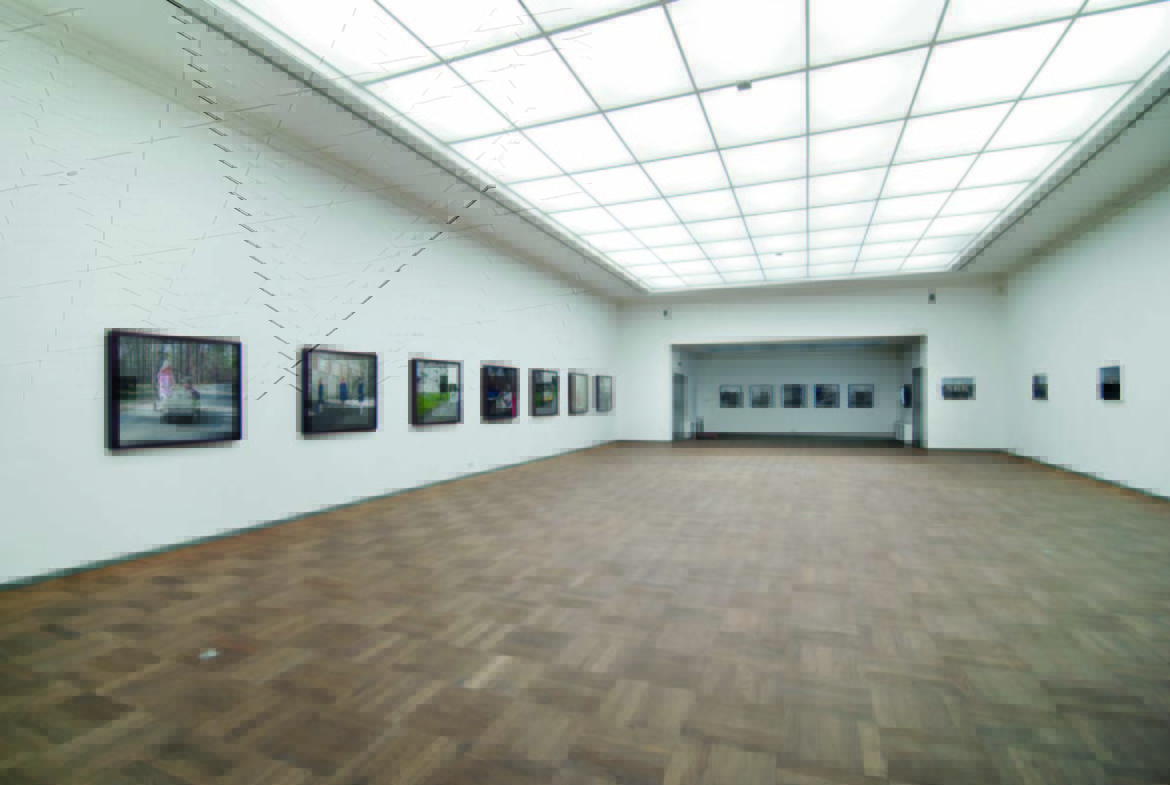 A Month of Photography, without going Beyond

The symbol of the Tallinn Month of Pho-to-graphy presents a photographic studio where, unusually, lighting equipment lights itself. As the flashes are also directed at the camera, the shaft of light from the studio illuminates both the photographer and the viewer. Light thus brings all parties into the same room and the forum can start. It should be kept in mind here that the movement of light, i.e. information, is controlled – no shared bit of information is random. Despite the seemingly burdensome task, linked with debuting, of gathering in one room the history of photography and the new world order, the Tallinn Month of Photography as festival of lens-based art Natural Magic, headed by Marge Monko, aspired to much more than just an introduction.

The month was organized because of a wish and need to enliven local camera art. The background to such aspirations includes the founding of the Estonian Union of Photographers, the Union of Photography Artists and the Estonian Association of Press Photographers, and Tõnis Liibek’s PhD thesis on 19th century Estonian photography culture. The exhibition of Baltic photography, curated by Vytautas Michelkevičius, attempted to map the world-views of artists born in the 1970s–1980s. The exhibition was a psychoanalysis of a generation and emphasised, besides the heightened sensitivity towards the surrounding space, the artists’ incredibly even aesthetic vision of photography. The fine art prints in decent frames and under glass on the white walls of the Art Hall seemed to surrender to the time and context into which they had been introduced, thus making the present problematic, as well as dissecting the past. The shared vision of a ‘correct’ or ‘neutral’ manner of display, where the suitability of a work’s essence is regarded as second-rate, speaks primarily of the artists’ insecurities in today’s art landscape. 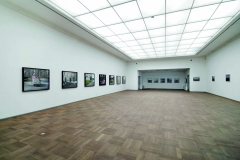 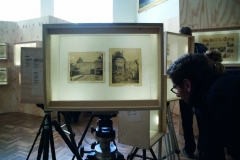 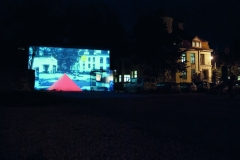 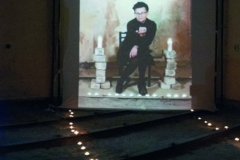 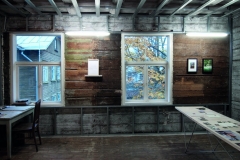 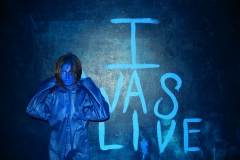 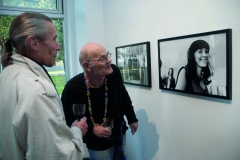 Despite the news that even Tate Modern is still trying to justify photography as art, we can claim that all stages tackled by photography’s cultural history have indeed taken place. Certain truths naturally need time to settle, but this cannot be at the expense of new questions raised daily by photography. Due to constantly shifting horizons, the topics of contemporary photography exhibitions, festivals and biennials often deal with crossing boundaries (Crossing Boundaries, 5th Triennial of Photography. Hamburg, 2011) or abolishing them altogether (Out of Life / Out of Mind / Out of Space, Fotofestiwal, Lodz, 2011). Thus the Photography Month’s Natural Magic, borrowed from G. B. della Porta, looks at this pulsating and shimmering landscape with a self-assured, but admiring glance.

Many events in the festival programme formulated their aims in the title.  The installations of the Experimental Gallery in the Freedom Square tunnel focused on the mechanisms of how images emerge. Reimo Võsa-Tangsoo’s photo kiosk described the structural links between photo and sound, requiring the viewer to follow instructions. On the other hand, Alis Mäesalu and Anu Lilp’s installation Surveillance on the tunnel wall paradoxically ignited when you quickly walked past it. This was the festival’s only work that criticised the controlled urban space, which can be explained by its perception of collective inevitability. The developments of the surveillance society, which today culminate in voluntarily publicising the private, have directed artists who have been dealing with the cctv-terror into the back rooms of social media and other phenomena seemingly only constituting the personal space.

Helen Melesk and Hello Upan also tackled the public-private issue. They curated a series of apartment-exhibitions which provided Tõnu Tunnel, Krõõt Tarkmeel, Laura Toots, Reio Aare and the group Tiit Sokk with abandoned spaces in central Tallinn and on its borders. The exhibitions were born within a week and brought the previously unseen spaces to viewers and to new life, being memorable merely by differentiating from the cold mist of white cubes. Krõõt Tarkmeel’s portraits of friends and Laura Toots’s dissection of the family album examined the importance of photographic images and their ambivalent nature in creating our memories. The entire apartment-exhibition project, however, raised the issue of how many unfinished thoughts brought away from the gallery never culminate because they began in a space and form which lacked any contact with the mundane.

The last deconstructivist move regarding the camera art’s usual presentation was made by Epp Kubu. A series of photo-projections by the multi-disciplinary artist introduced immensely different artists to the Tallinn public space. Arne Maasik, Reginleif Trubetsky, Jaan Klõšeiko, Ly Lestberg and Anu Vahtra had the opportunity to perform anywhere in the urban space. As a result, the projections turned up in places the specifics of which made it easy to guess the names of the artists. The most impressive transition of public space into a manifestation of personal (mental) space took place in the one-hundred

year-old house in Tatari Street designed by Burman. Reginleif Trubetsky invited viewers to her flat, drowned in blue, where the artist’s fantasies came into contact with reality through the camera. After the first successful attempts at recording memory pictures, you have to view such surrealist spatial experiences as albums of the Milky Way galaxy despatched from aboard the Hubble. As all kinds of spaces of the physical world have been discovered by means of photography, art and science increasingly spend more resources to record the invisible.

In order to determine the ability and inability of contemporary photography, it is often researched via other media, using typically photographic concepts, such as ‘stops’, ‘repetition’ and ‘illumination’. Switching them into other practices, however, it must be noted how much the end result actually refers to photography, and how much to the media or means which try to explain it. Projection can be seen as separating the image from paper and losing the photo’s status as an object. Although the image of a picture carried by a shaft of light first appears in a cinema hall, we cannot say that the projection essentially belongs to a static or a moving picture. The festival of photofilm invented by Anna Hints and Alis Mäesalu, and the fact that it was brought to cinema screen, raised more questions about the differences between moving and still shots. The gaps between the images actually turned out to be more significant than the shots and the frequency of shots.

As the experiments are always in danger of losing touch with the starting point, references to history are not just advisable, but crucial. The exhibition of Estonian photography curated by Tõnis Liibek and Merilis Roosalu, from the first photos to the birth of film art, recalled the initial tasks of the medium and took the viewer back to the studio, to ask for the mirror image fixed by himself. The main programme’s small but strong link between the ‘new’ and ‘old’ photography, and – perhaps more importantly – between the previous and the current generations, was embodied by Jaan Klõšeiko. His projection in Hirve Park, which functioned as a time portal and photographic exhibition in the Vabaduse Gallery, influenced viewers on both sides of photographic art. It is clear that Klõšeiko uses his grey hair only as camouflage in order to access exhibition spaces that need to be turned upside down.

Although, since photography’s birth, the developments of photography have preserved a tension in the social and art fields, we can say that the first Month of Photography took place at a very interesting time. The precise mechanism of ordinary cameras (or everybody’s potential in recording a quality image) and the process of pictures getting bigger than the album photograph are dispelling the magic aura that used to surround photographic images. On the other hand, various research projects involved in memory pictures cause another type of anxiety. Drawing comprehensive conclusions in the history of photography is still far away. Instead of regretting the developments disrupted by occupations, the slim history book of local photography can be seen as an anchor which is easy to haul aboard in order to move on. The experimentalism and courage that the Month of Photography reached at the first stage rehearsal may one day lead to a performance which people come to see from different corners of the world, especially from where the most energy is still spent on justifying photography as art.

Ats Parve (1987), graduated from the Photography Department of the Tallinn Polytechnic School and is currently studying photography at the Estonian Academy of Arts. His first public performances include camera obscura brought into public spaces (2010, 2011) and exhibitions of Estonian contemporary cultural posters in Tallinn and Helsinki.

Beyond with Agamben and without Agamben