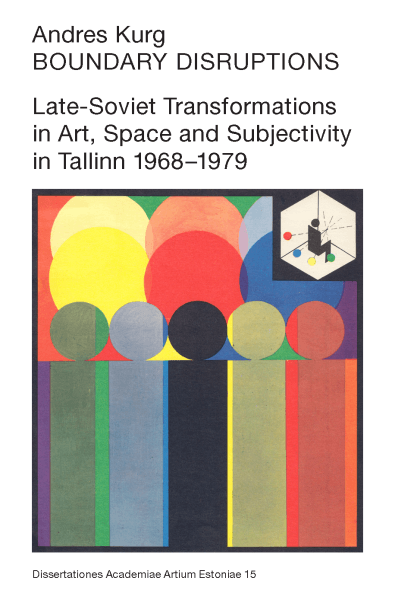 Andres Kurg’s PhD thesis examines a group of artists, designers and architects who operated at the end of the 1960s in Tallinn. Their work was based on the new discourses and institutions of the Khrushchev’s thaw era and the subsequent period – technical aesthetics, information theory and cybernetics – although they became quite critical of these discourses in the second half of the 1970s.

The central issue of the thesis is how alternative art in the Soviet Union associated with the changes in spatial environment and in subject-creation, and whether it thus makes sense to call this art ‘unofficial’. The opposition of unofficial and official art, typical of late Soviet art, is studied here as part of a broader dichotomy of the public and the private, which has structured several treatments of socialist societies.

It becomes evident that several changes that are today in full swing have their history in the works of artists in Tallinn in the 1970s and in discussions resonating in them. Tackling the notion of unofficial art and examining works of art and architecture in connection with spatial context and changes of subjectivity are presented in articles that constitute the PhD thesis. The articles were published between 2009 and 2012 and each concentrates on one case in the work of architects and artists in Tallinn from the late 1960s onwards.

Three Buildings in the Passenger Port

“Art so dear that keeps me young and clear”? Impressions from Manifesta 10