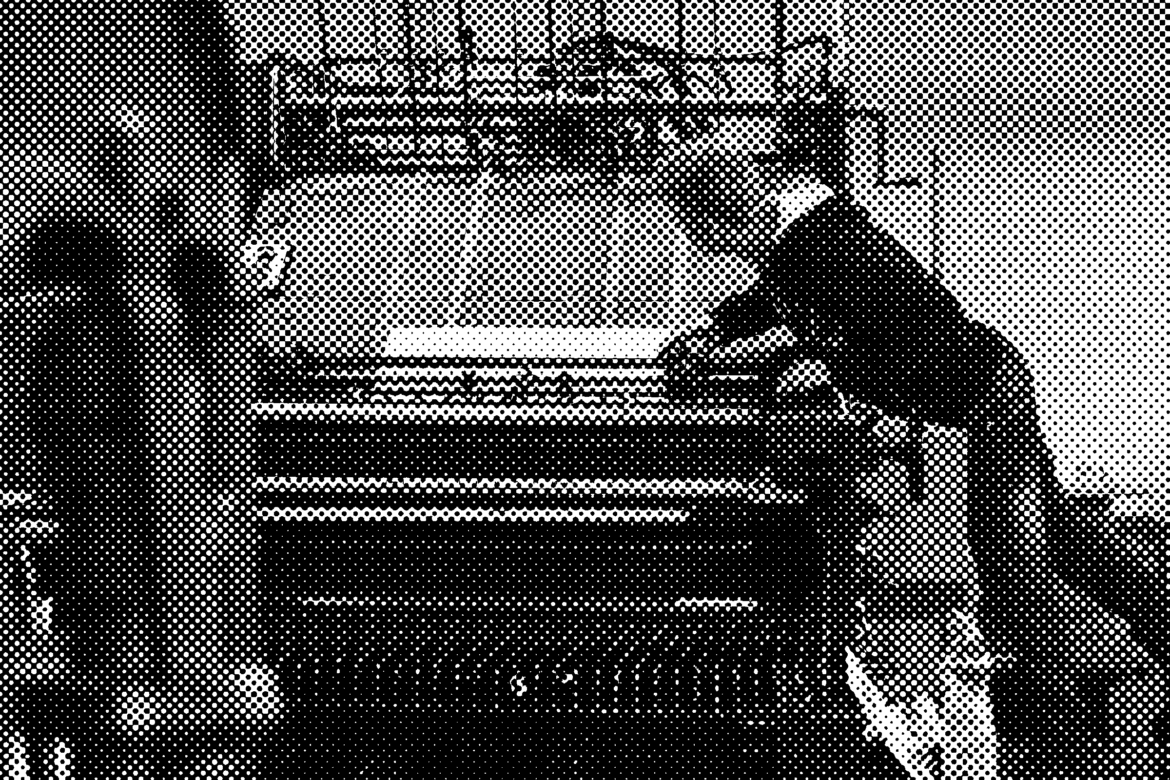 Preserving the Tactility of Printing Practices

In recent years, Tartu has received a lot of attention for its museums. The newly opened Estonian National Museum and new additions to the Tartu University Museum, as well as the rebirth of the Tartu Art Museum, have been the subjects of many headlines in local and international media. However, in the shadows of these eminent institutions one can find initiatives that may be smaller in scale, but are just as fascinating in their approaches and practices. As separate institutions, the Printing Museum and Paper Museum had been active in Tartu since 2010. In 2016, the museums merged and reopened in a new location, the Aparaaditehas Creative City.

Unlike some of the other printing museums, for example the Plantin-Moretus Museum in Antwerp, the printing presses in Tartu are not simply visual objects displayed for their appearance and significance. The purpose of the museum is not only to safeguard objects related to printing, but to preserve traditions. The establishment also works with experienced printmakers to document their skills, knowledge and experience, as well as acting as an educator of students, from kindergarten to university. A lot of the equipment is in regular use, either for organising workshops or for fulfilling different commissions.

The museum produces the Tartuensis series of notebooks, and also fills orders, from wedding invitations to artist books and posters, thus maintaining the tradition and possibility of traditional printing methods. Fahrenheit 451, a curious space filled with books, functions both as a collection of printed matter and as a shop. Workshops are another method of preserving knowledge and disseminating it amongst visitors. Additionally, the museum staff are present to offer tours to visitors, whether they come in groups or alone, which presents an opportunity for more direct exchange of knowledge and ideas than mediating information through text.

In a way, the collections existed long before the museum. As several publishing houses and other establishments were closing in the new market environment of the 1990s, numerous interesting pieces of equipment became redundant. Luckily many of these were salvaged to be used for printing posters. The oldest exhibit is a hand-operated iron printing press from Dingler’sche Maschinenfabrik, a “Zweibrücken press”, which dates from the mid-19th century. The museum collection includes not only different printing presses, but also various other equipment related to the printing industry, from paper guillotines to typewriters. One of the most fascinating objects is a Braille typewriter, manufactured in the 1980s by Mechanische Werkstatt für Blindenhilfsmittel in Leipzig and donated by the South Estonian Association of the Blind. Additionally, the museum can boast the largest collection of type pieces in Estonia.

Not only do the collections demonstrate the types of printing equipment used in Estonian printing establishments, but also the geography of the Estonian printing trade. The majority of exhibits hail from Germany, especially larger machinery. The United States of America is also represented by a number of pieces of equipment, mostly typewriters. A folding machine was manufactured locally, in 1953, by the printing house Ühiselu in Tallinn. Here, the scarce conditions and outdated technology common throughout the Soviet Union proved to be beneficial: machines that would have been simply discarded elsewhere with the arrival of better alternatives survived here along with the skills of using them. Many items were in use for extremely long periods of time: for example, the Original Rapid printing press arrived in Tartu in 1927 from Schnellpressenfabrik Frankenthal Albert & Cie in Germany and was in continuous use in various printing houses until 1996. This is also the explanation for the conservation of many other objects from the late 19th or early 20th century.

Fascinatingly, the museum also allows people to rent typewriters. This service clearly illustrates the post-internet fascination with traditional material practices. In August 2014, the best selling app in the Apple App Store was Hanx Writer. Marketed by the actor Tom Hanks, the app offered the user a chance to turn their mobile phone or tablet into a typewriter, complete with sound. As technological opportunities are increasing faster and faster, it is interesting to see a practice that just a few decades ago was a mundane daily activity become a historical experience. By renting out actual typewriters, with all of their flaws, the Printing and Paper Museum guarantees the continuation of typewriting as a practice instead of treating it as a hyperrealist spectacle.

The importance of the museum lies in its conservation of history, not just in its aesthetic and visual sense, but also in its tactility and practices. Instead of reducing the machines in the exhibits to their appearance and description, they are allowed to continue their working lives, even if this continuation takes place in a framework of conservation. The museum interior contributes to the nature of the establishment. The old factory space has been left almost in its original form. Thus the exhibits acquire a sense of authenticity, as the industrial settings prevent the over-aesthetization of exhibited objects, whose visual appearance was never their raison d’etre.

Triin Jerlei (b.1986) is a design researcher and critic. Currently she is lecturing at the Estonian Academy of Arts; previously she worked at the Estonian Museum of Applied Arts and Design.