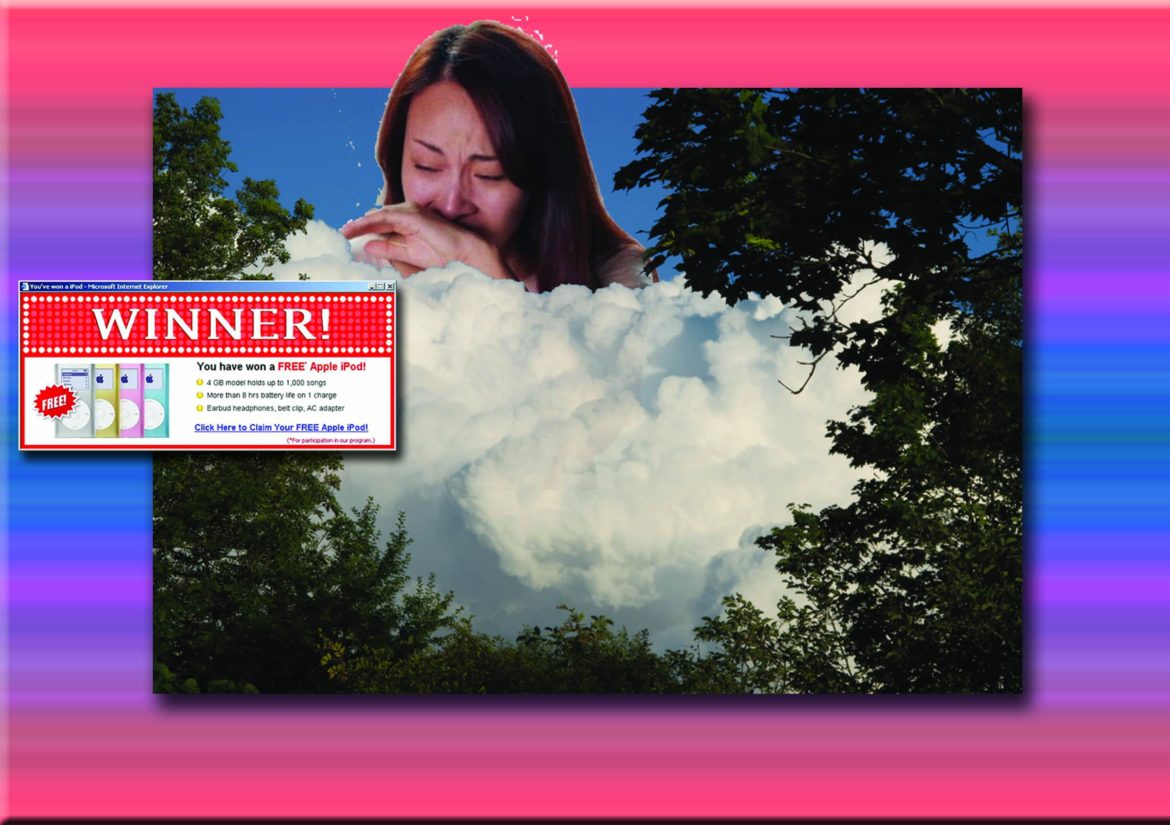 I am feeling numb. I am staring at a blank screen illuminating my face in a dark room. A Facebook wall is falling like a waterfall of useless information in front of my eyes and I am unable to differentiate one post from another, one ‘friend’ from another, one ad from another. I am numb and I am aware of it. I am looking for something to wake me up. Something to catch my attention (hence the term attention media) and from time to time I do stop the scroll, focus for a second on a video, whether music or news, or a picture of an old acquaintance, and then carry on. Some of my Facebook friends post mercilessly; hence I call them post-friends, or poster boys, but in reality they are nothing but imposters. They share bits of trivial information, they try to be funny, they try to catch our attention and often do, but we all know what is going on here. No matter what letters they use, it always spells a cry for help. Notice me! Approve of me! For otherwise my being is meaningless. But no matter how many “likes” a post gets, salvation is always postponed, and one’s being is still untouched. We recognize this, because our being is untouched as well. So in a numb millisecond of affection, like a pat on the back, we sacrifice a “like” to a like-minded human being and in this act of empathy share a bond of numbness. 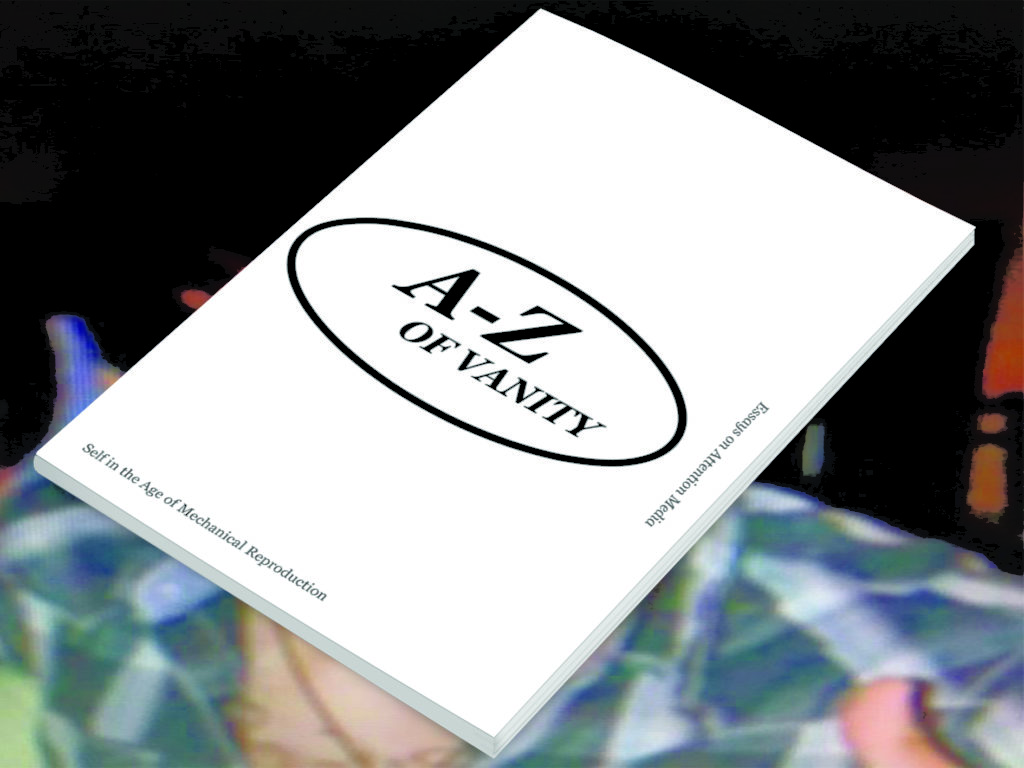 Random strings of thought start forming in my mind. They form a pattern. A maze. All of this is an artifact. Somebody designed it. This almost random texture of the web. This net of information. This accumulation of waste. We are wallowing in it. Surf: how ironic to call it that, since in reality we are drowning in this man-made swamp. It sparks a feeble flame of paranoia with a hint of conspiracy sprinkled on top. If this is man-made, is there a man behind it? Is there a web master? A giant spider? My attention is so fleeting that I cannot ‘allow’ myself to ‘enjoy’ this thought any longer. Instead, like an idiot, I Google “a giant spider”. How ironic and at the same time accurate: all of the acts of my conscious being crash into triviality. They stumble upon a meme: the highest currency in attention economies.

If one pays attention to this fact, a myriad of interesting questions emerge. A web of connotations shedding light on the politics of the vernacular, the mundane, the meaningless. In the center of it all sits the meme. The perfect representative of useless information and at the same time the most vital messenger. The ever-present companion of attention economies. The fruit, the flower and the cancer of information decomposition. And, taking a personal approach, I am interested in what memes and attention media have to say about graphic design. I am bored to death with good taste and traditional graphic design, so I go sniffing in the trash. It smells good. It draws my attention. 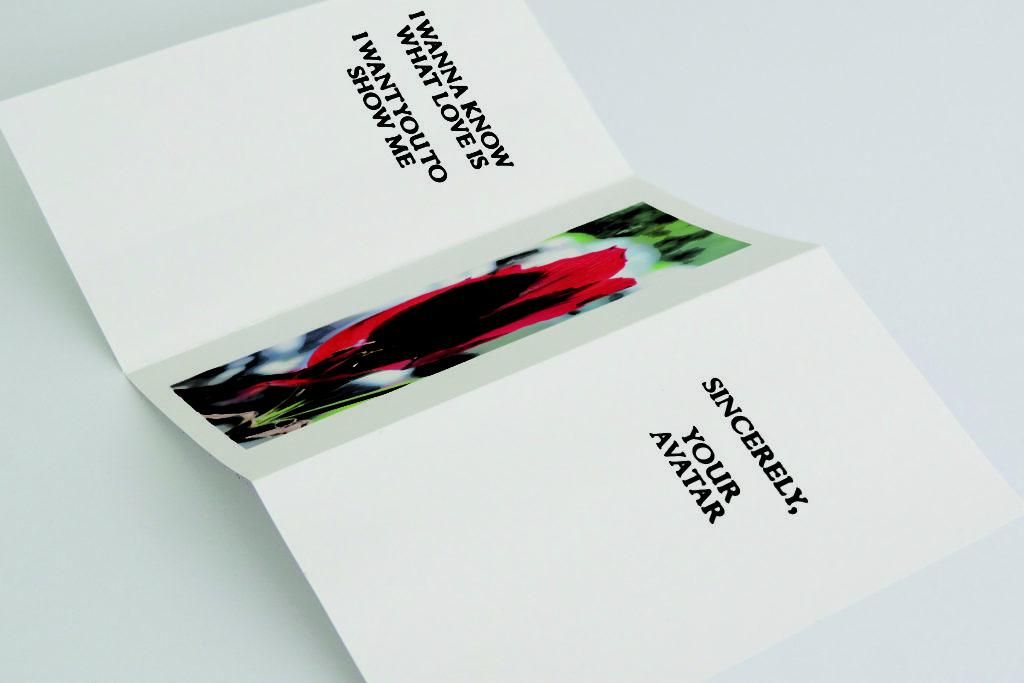 It only takes a glimpse to realize that memes say much more about contemporary graphic design then any design picture-book published by Taschen. The most common definition of graphic design is visual communication, and memes are nothing but visual communicators. They consist of classic graphic design elements: typography, images, colors and, perhaps most importantly, composition, the glue that holds them all together. The only difference between a meme and a “well-”designed web page is that nobody cares about a well-designed web page. It is invisible (hence, if we are interested in “good” design, we should redefine graphic design as invisible communication), while memes concern us quite a lot. They are visible in the most straightforward sense: they constantly push themselves into our attention, into our vision.

They also have a lot to say about communication. A classic model of communication is a transfer of meaning or information from a sender to a receiver. Memes have an interesting status in this model. While being relatively meaningless and poor in information, they are nevertheless the highest form of currency on the web. While the communication model is solid, the value of information transferred gets deflated. It seems that the less meaning and proper information we have to transfer, the faster the communication process. In that sense, one might define good graphic design as that which is fast (fast food coming to mind is no coincidence). As that which has the lowest resolution. Has the least meaning (a cute cat!) and is the most visible (catches our attention). And, through no coincidence, we have, simultaneously reached the definition of a meme. 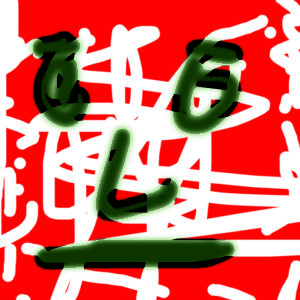 Some might say that memes are not graphic design because they are not designed by designers. They are mostly generated through various online generators and the person making the meme is only inserting the text, i.e. the pun, of the meme. So, adds my imaginary opponent, we might think of this anonymous lot of meme makers as amateur copywriters, but never as graphic designers! Here again I am not satisfied. I am dragged from the hopeless attempt to define graphic design into an even more hopeless endeavor: the definition of a graphic designer. The question is utterly boring, but the fact that it is being asked in a serious manner is interesting for its political connotations. By trying to define a designer, quite often one is not interested in a thorough meditation on the question, but in drawing a line between him/herself and the unwanted other. A classic example is the division between amateur, vernacular designers and serious professionals. The last are the true masters. They know their craft. While the former are copycats, Sunday designers and in many ways a useless, if not dangerous, lot, who should be avoided and discouraged. Designer as troll is of most value here. A digital trickster uncovering the void behind those pompous borderlines. Opening a backdoor for design refugees! The designer as engineer and the designer as hipster look for inspiration in Behance, while a repulsive dude with ADD is contaminating the web like a virus. 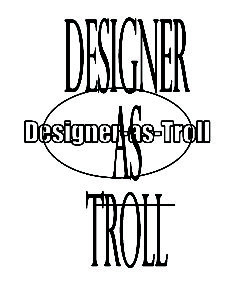 In a way, the interest in the vernacular is nothing new. The whole post-modern movement in the “practical arts” (starting with architecture) was sparked by such interests. Before that the vernacular had always played an important role in the history of graphic design, but never as a hero, always as the villain. William Morris and the Bauhaus school were all directed actively against the vernacular and, in that sense, re-evaluating the vernacular was one of the biggest innovations of post-modernism in graphic design.

In their 2012 book Can Jokes Bring Down Governments, the prolific design duo Metahaven analyzed memes and jokes as a new, or rather contemporary, form of political activism. Through this analysis, the status of a meme is raised from a mere joke to the “serious” level of politics. It has power. It has far-reaching socio-political consequences.

In many ways, this small text has similar ambitions, but instead of delving into the general political connotations of a meme, it deals with memes (as the representative of the vernacular), specifically in a graphic design context. It can be read in many ways: as a thought experiment, as a “what if …?” proposition, as semi-theoretical pulp fiction, or as a serious argumentation. But, at the same time, all of this would be in vain without the possibility of it being a big joke. Because, quoting Metahaven, “Jokes are a continuation of politics by other memes.”