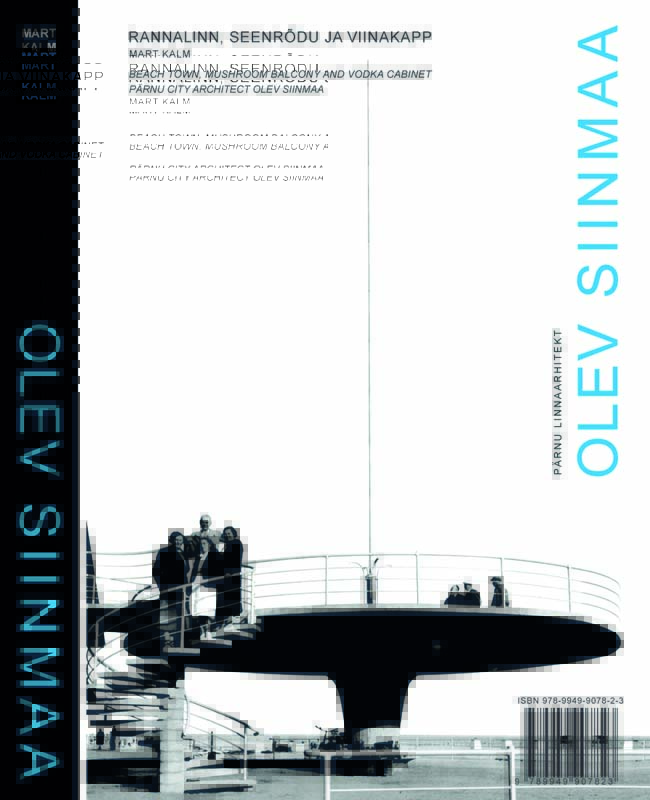 Author: Mart Kalm
Design and layout by Aleksandr Zverev and Emil Urbel
In Estonian and English
300 pages
Published by the Estonian Academy of Arts, 2012

Pärnu city architect Olev Siinmaa (1881–1948) was one of the most distinguished Estonian Functionalists of the 1930s. Both his white villas and Pärnu’s beach architecture became the symbols of the pre-war modernity. But in addition to the bright beach developments the responsibilities of the city architect also entailed the more mundane task of designing municipal building projects. Siinmaa was already a successful cabinetmaker, whose achievements included art nouveau furniture for the Pärnu City Hall, when he decided to study architecture in Germany; thus furniture design remained an important occupation throughout his life. Siinmaa was one of the chief designers of the state furniture of nationalist style for President Päts. He furnished Estonian rooms in both the presidential residence in the Kadriorg Palace and in the villa of Oru, the President’s summer residence. This volume is richly illustrated with old and contemporary photos, as well as original drawings. The catalogue accompanied the exhibition of the same name that was displayed in Pärnu Museum and in the Museum of Estonian Architecture in Tallinn.