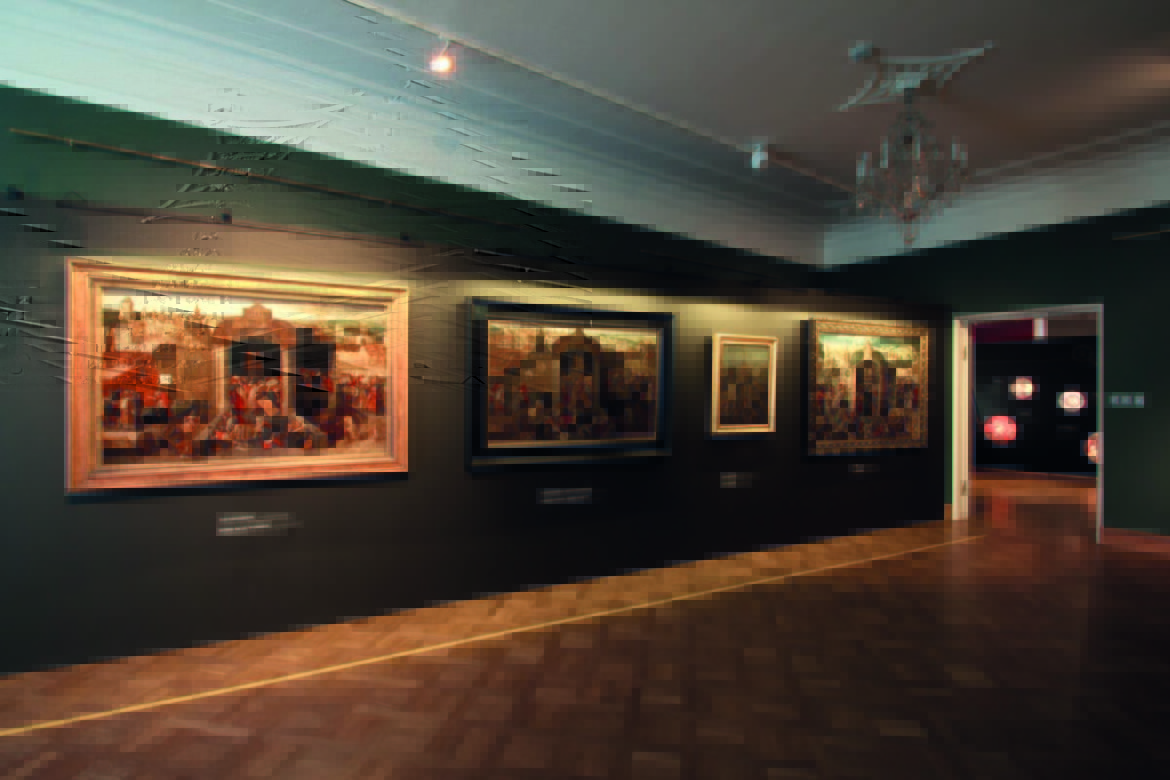 One of the major art events in Estonia in 2011 was the exhibition at the Kadriorg Art Museum, Bosch&Bruegel – Four Paintings Magnified, which opened in October. The display originated in an international research project and focused on four 16th century Netherlandish paintings from different European art collections. They all tackle the same topic in a similar composition: a scene from the New Testament showing Christ chasing the moneylenders from the temple. Besides sharing the same topic, another common factor in the four paintings, in the National Gallery of Denmark in Copenhagen, in the Glasgow Museums, in the Art Museum of Estonia and in a Swiss private collection, is that 20th century art history has associated them with two great names of Netherlandish art, Hieronymus Bosch (1450–1516) and Pieter Bruegel the Elder (1526/30–1569). The display reveals provenance and authorship issues of the four paintings, which rely on an unknown phantom work, as well as explaining the complicated iconography and presenting the anatomy of these artworks, layer by layer. 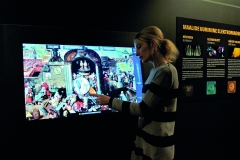 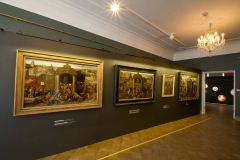 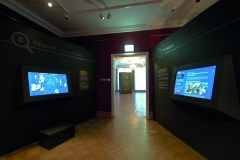 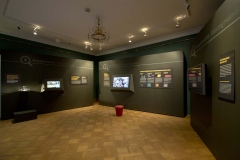 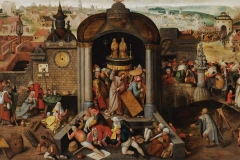 Why, however, is an exhibition associated with the two biggest names in Netherlandish art taking place here on the edge of Europe, and not for example at the Prado Museum in Madrid or at the Art History Museum in Vienna, which boast the largest Bosch and Bruegel collections? And how did it happen that the Kadriorg Art Museum was the initiator of such an exciting research project of technical art history, instead of being initiated by a Dutch or Belgian university or research centre? Answers to these questions lie in the questions concerning the painting at Kadriorg Art Museum: who, where and when was it painted? The four strikingly similar paintings encouraged local art historians to seek answers with the help of an international research group.

Perhaps the fact that Estonian art collections contain very few works attributed to the great masters of world art provided enough impetus and courage to approach the issue differently. At a time when museums are expected to organise huge blockbuster exhibitions and visitors undertake pilgrimages to well-promoted masterpieces, it certainly takes courage to put together an exhibition that raises questions about the legitimacy of these great masters. When the names of Bosch or Bruegel disappear from the labels of these works, their value in the eyes of viewers decreases. However, the current exhibition shows that raising such questions helps researchers and viewers find different, maybe more intriguing, answers, which open up new understandings of 16th century art and its practices.

Hieronymus Bosch and Pieter Bruegel the Elder are stars of Netherlandish art, and their works are coveted by art collections
around the world. The paintings in the collections of the Glasgow Museums, the National Gallery of Denmark and the private collection have been known to art historians since the beginning of the 20th century. The Copenhagen painting, previously attributed to Bosch, was in 1931 instead attributed to Pieter Brueghel the Elder by Max Friedländer, one of the leading connoisseurs of Netherlandish art. The painting in Glasgow and the one in the private collection have both been considered works or copies of someone imitating Bosch. The Tallinn painting is the least known amongst researchers.

Information about its existence reached wider audiences in 2001, when the picture was displayed at the major Hieronymus Bosch exhibition at the Museum Boijmans Van Beuningen in Rotterdam. The Kadriorg painting has belonged to the collections of the Art Museum of Estonia since 1955, when it was handed over to the museum by the permanent representation of the Estonian SSR in Moscow. Information on how the picture came to Tallinn is, unfortunately, fragmentary. In 1920 the painting was acquired by an Estonian former state official Albert Org in Petrograd, and it was held by the Estonian Consulate General in Leningrad until 1930. From there, the painting travelled to the Embassy of the Republic of Estonia in Moscow. How the picture ended up in Russia and which collection sold it to Albert Org are not known. However, during the restoration of the painting in the late 1990s, a small fragment of an Italian newspaper was found on the back of the picture. It was thus thought that at some point during the second half of the 19th century the painting might have been in Italy. The other three paintings also appeared on the world art scene at the beginning of the 20th century, when they were in private collections. The research project examined all four paintings on the basis of the same parameters. The research yielded surprising new results, at the same time leaving some questions unanswered. It turned out that the earliest of the four paintings was the one in the private collection, which was previously thought to be a later copy. Dendrochronological analysis showed that its completion time was the first half or middle of the 16th century. The Tallinn and Copenhagen paintings probably date from the 1560s and 1570s. The latest of all was the Glasgow painting, completed at the turn of the 16th and 17th centuries, probably as a fake Bosch. The issue of the authorship of the paintings, completed in different workshops, is still awaiting answers.

One of the most exciting parts of the exhibition is the presentation of the results of the technical research. Interactive multimedia solutions demonstrate the anatomy of the artworks. The four paintings have been completely taken apart. The big screen allows the visitor 28 Tracing Bosch and Bruegel: Four Paintings Magnified to unpeel the paintings, layer by layer, and compare them. Analysis of infrared imaging, X-radiography and macro-photos reveal the creation process of the artworks. Information previously only accessible to professionals is now presented to the viewer playfully and comprehensibly. This is a totally new method of presentation in Estonian exhibition history, and for people well-versed in today’s virtual visuality, it makes an artwork’s archaeology much easier to grasp.

The material on the four paintings’ creation context, inspiring artistic examples and pictorial programme are also presented through multimedia solutions. The viewer learns what a 16th century artwork consisted of and how it was produced. Layer by layer, a world unfolds, and we see how a painting emerges out of wooden planks and colour pigments, and from what various parts of the world these materials were gathered. In today’s world of the artist as an individual creator, it may be difficult to understand the process in the 16th century, where a whole team was involved in creating an artwork. Observing the workshops, we see how works of well-known masters were copied and repeated, and learn why this was done so extensively. The 16th century Netherlandish art market and middle-class art buyers set their own requirements on art. Popular themes emerged, which the wealthier bourgeoisie wished to see in their homes. The topic of the four paintings – Christ chasing the moneylenders from the temple – was one of them. However, the New Testament scene has not been presented true to the text, but through an ironic angle. The Christian pictorial theme is interwoven with scenes from folklore, where proverbs and word play have been transformed into pictorial language, thus providing the work with new meanings that are not so easy to interpret today. Decoding the iconography of 16th century artworks is complicated, as people today find it difficult to understand the context, and many original shades of meaning may have been lost in the course of centuries of interpretation. The exhibition skilfully opens various fields of meaning of that time, while leaving the viewers room for interpretation as well.

Bosch&Bruegel – Four Paintings Magnified is simultaneously an exhibition and a research project. Besides presenting the four paintings and telling their stories, visitors are also offered the materials of technological research. The display is set up as an art thriller, where every new page promises an unexpected solution. However, just as a reader has to wait for the very last page, the final solution here has not yet been reached. Research on the four paintings continues. The international technical art history conference in 2011 in Tallinn will be followed up by a conference in May 2012 in Copenhagen. A catalogue on the research results will come out shortly. In 2012 the exhibition travels to Copenhagen and Glasgow. In these towns, however, the four paintings will not be displayed together: the multimedia solutions will be presented together with paintings belonging to the specific collections.

The exhibition was supplemented by various
programmes for the public, workshops and a
film programme for secondary school children.
Conferences related
to the exhibition:
13–14 May 2011 Techniques of Art History: Technical
Art History, Kadriorg Art Museum, Tallinn, Estonia
21–22 May 2012 Copying, Replicating & Emulating
Paintings in the 15th–18th Centuries, National
Gallery of Denmark, Copenhagen, Denmark

Merike Kurisoo is a curator of the Niguliste collection at the Art Museumof Estonia. Her main research field is medieval and early modern sacral art. She studied at the Estonian Academy of Arts and at the University of Tartu. Kurisoo is currently working on her PhD at Tallinn University, focusing on use and re-use of medieval church interior and furnishing in post-Reformation Estonia and Livonia.

Ars moriendi – the Art of Dying