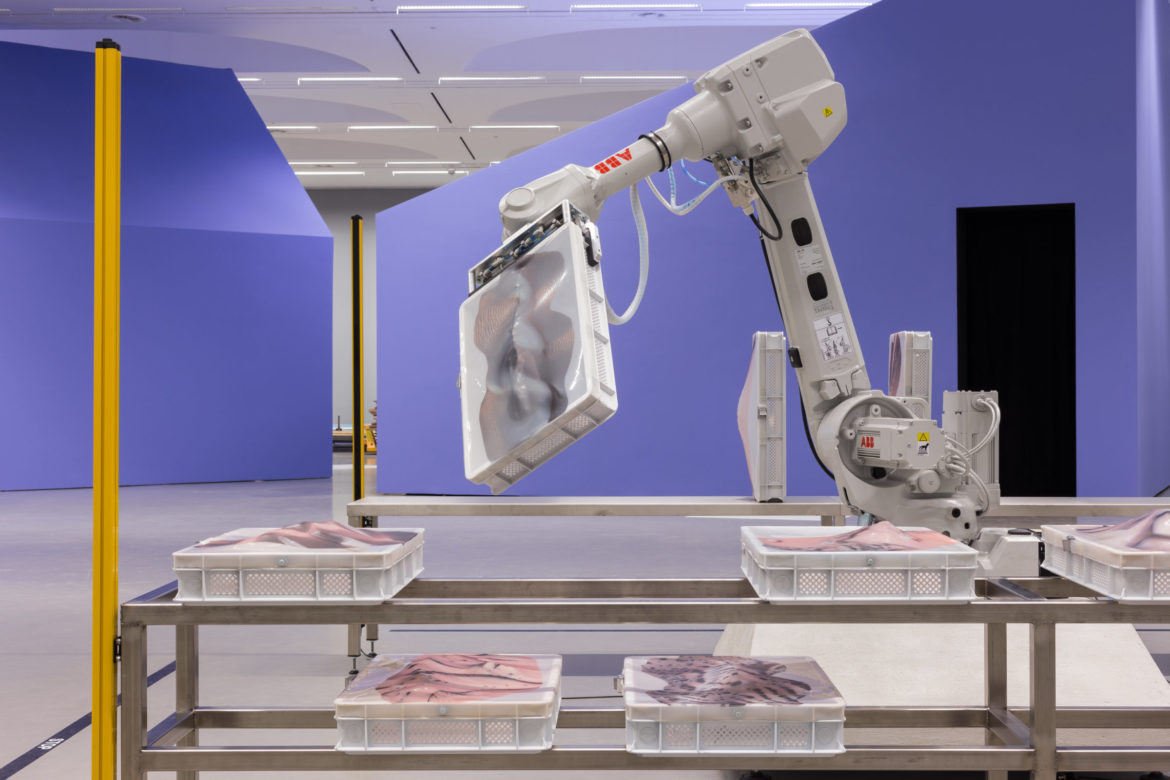 The Importance of Envisioning Hybrid Ecologies

Probing into the speculative world of hybrids and alternate ecologies, the Lithuanian artist duo Pakui Hardware create their artworks through meticulous research and a strong focus on visual imagery.

The artist duo Pakui Hardware was formed in 2014 when Ugnius Gelguda and Neringa Cerniauskaite decided to start working together as a collective. The same year they had their first exhibitions, “The Metaphysics of the Runner”, at 321 Gallery in New York and later that year in the Contemporary Art Centre, Vilnius, and “Shapeshifter, Heartbreaker” at Jenifer Nails in Frankfurt. Both of these shows established the landscape Pakui Hardware has been navigating since. “The Metaphysics of the Runner” presented a transhumanist fiction, where high-performing bodies merge with objects, materials and technology, while “Shapeshifter, Heartbreaker” created a poetic amalgam of references to high frequency trading, non-human ecologies and digital materiality.

These tendencies and themes are also evident in their name. Pakui Hardware, a name or a brand conceived by the curator Alex Ross, conflates ideas about virtual mythologies and materiality. While “Pakui” refers to the special attendant to a Hawaiian Goddess who can circle the island of Oahu six times a day, “hardware” evokes more material connotations: “Semio-Capital meets materiality”, as the artists themselves have expressed it. 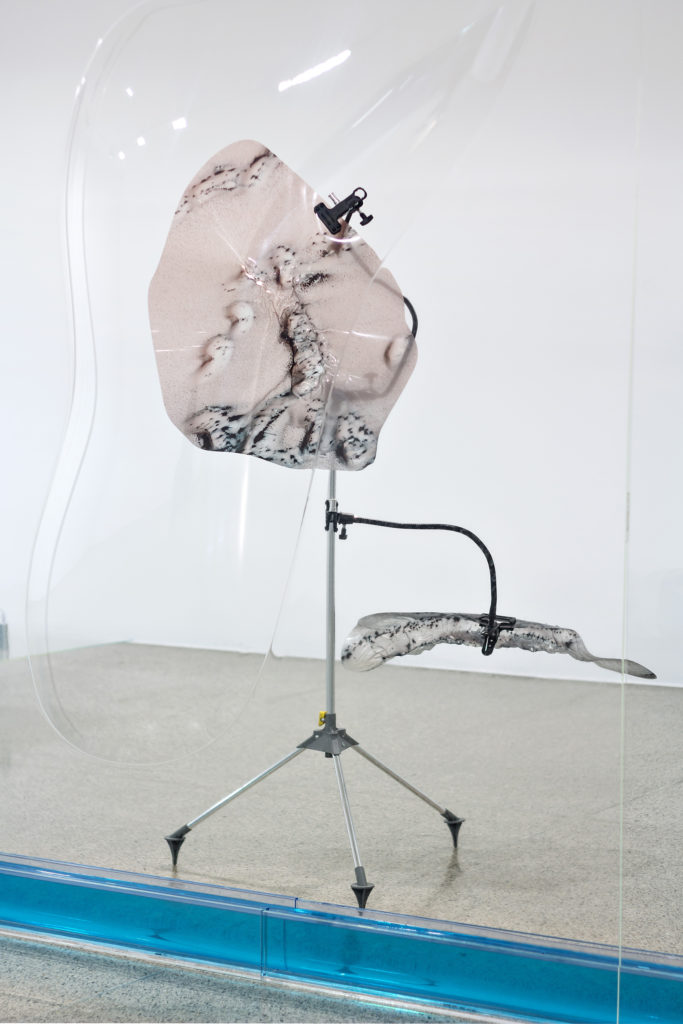 Emerging at a time when posthumanist ideas and interest in materiality were gaining ground again in the art world, Pakui Hardware has also made use of the philosophical apparatus that came with them. The duo creates research-based projects with sound theoretical underpinnings, their works citing such influences as Ray Kurzweil, Ray Brassier and Bernard Stiegler, as well as 1970s sci-fi films. Even though Pakui Hardware features objects and materials that at first glance seem to function independently, forming and showcasing different kinds of ecologies, the human sphere has not vanquished entirely. Rather than handing their imagination over to techno-positivism and techno-utopianism, the duo is interested in different forms of hybridity that combine notions of nature, the human (mind and body) and technologies to various degrees.

They create intricate speculative worlds, using a wide array of substances, materials and liquids, as well as technologies, which, having been seemingly left to fend for themselves, take on agency. In their 2015 show “Dawning”, created in collaboration with another artist duo, Fenêtreproject, for the Parisian gallery Exo Exo, bacteria collected from the city’s metro system was cultivated in small pools in the exhibition space as a reminder of the ever-present external biological presence in our lives, which, from time to time, can induce an intense sense of danger and paranoia.

In their latest work, Pakui Hardware created the installation “Hesitant Hand” for the “Citynature” group exhibition at the National Gallery of Art in Vilnius (2017). In this work, they created a robotic hand that, over the course of the show, arranged new compositions of images from NASA’s digital archive that had been made into sculptural objects, convenient for the automated limb to handle. With “Vanilla Eyes”, a solo exhibition in Vienna’s mumok in 2016, Pakui Hardware looked into the world of hybrids through ideas connected with prosthetics and modifications, only to find that the concepts of “natural” and “synthetic” are hopelessly enmeshed. Even though viewers and their specifically human points of view may not be directly addressed, the installations do establish an indirect dialogue with human activity on a broader scale.

Another notable characteristic of Pakui Hardware’s work is their attention to visual detail. They are smart about it and, as any artist today would, they know the significance of good presentation, both online and offline. They exhibit objects and materials, often stripped of their original function, in a highly aestheticised way, so that viewers are presented with almost familiar constructions, ones that are simultaneously known and unknown to them. With visual cues drawing heavily from such areas as science, technology and the commercial sphere, the installations make us question our relationship to and knowledge of objects we encounter in our everyday lives, as we often know little of the things we use daily, i.e. not much beyond their perceived and limited, directly experienced functionality. Without expert knowledge it’s not easy to recognise the possible biographies of things and see how they might extend to future scenarios.

Pakui Hardware intentionally create ambiguous environments, where the viewer may not be able to distinguish between the visual and the “functional” and is left to wonder about the proposed themes and scenarios, and their plausibility in the present and future. This feeling of uncertainty is exacerbated as the temporal reach of speculations about the future seems to have contracted: science fiction looks much less into the distant future and is more concerned with near future predictions. And, as we know from the words of William Gibson, the future is already here, just not evenly distributed, it is vital that art still provide an imaginary to examine the borderline between what is and what might be, and whether the latter can be envisioned differently from its predicted course.

Keiu Krikmann (b.1988) is a writer, translator and gallerist. She is one of the co-ordinators of the project space Konstanet and works as the gallerist of the Estonian Academy of Arts Gallery.