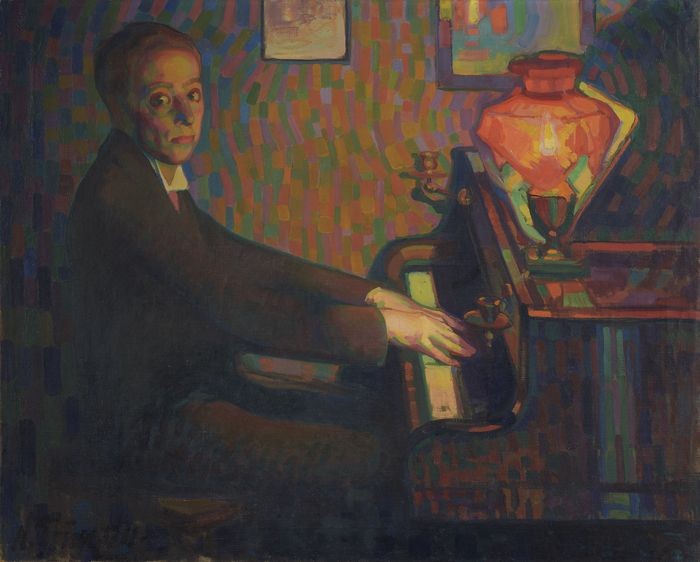 Nikolai Triik was among the first generation of Estonian artists, whose task was to carry out the historic mission of modernising Estonian art culture. More thoroughly than other Estonian modernists he was able to make the most of the freedom which local painters enjoyed as the pressure of academic teaching system weakened. There was no academy of arts in Estonia, and thus the modernists had no need to directly fight against local fossilised art institutions, but faith in systematic art teaching as a guarantee of professionalism still influenced the conservative art public. From the start, Triik’s self-development seems like an intense mapping of modernism. Having begun his studies (as did almost all Estonian modernists) at the Stieglitz School of Arts and Crafts in St Petersburg, he was expelled because of his participation in the unrest at the school linked to the 1905 revolution. He returned to Tallinn and briefly continued his studies at Ants Laikmaa’s studio school, but then travelled back to St Petersburg and enrolled at J. Brasz’s studio.

In summer 1906 Triik worked in the picturesque Aland Islands and in the autumn he reached the ultimate destination of all young artists: Paris. Between 1907 and 1909 Triik managed to study and work at the École des Beaux-Arts, in Paris free academies, in Norway and at the art school of the Society for the Advancement of Arts in St Petersburg under the prominent Russian national romantic Nikolai Roerich. The artist seems to have experimented with basically all of the topical creative strategies of the time, except perhaps for the emerging cubism. The early work of Triik contains pure national romanticism, Art Nouveau-like play with lines, expressive painting à la van Gogh, and anxious disharmony of unexpected colour combinations, which largely resembled the early compositions of Matisse and his followers.

Triik’s work thus especially vividly reveals the hybrid nature of early Estonian modernism. It includes impulses acquired during his studies, as well as the parallel and coinciding usage of artistic means of expression. The only thing that could have provided this continuing creative hedonism with an additional shade of would have been converting personal life drama into art. Everyday life sharply interfered with the artist’s life twice: before WW I and during the first comprehensive overview exhibition of Estonian art in 1919 in the young Republic of Estonia, born directly after the war. Putting it somewhat theatrically, the Berlin years tested the artist’s will and emotions, whereas the brutal and totally unjustified criticism connected with the overview exhibition destroyed his self-confidence as a creator. 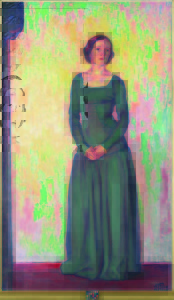 Triik arrived in Berlin in early 1911 at the latest. This was the last big European art centre he ever got to know. Although the time spent there turned out to be very difficult for Triik, it could also be seen as the final stage in the artist’s self-advancement. Before WW I, conquering the European art scene was a serious personal test for Estonian artists in every sense. There was no system in Estonia at that time to support artists (although it gradually emerged after the independent Republic of Estonia was proclaimed in 1918). It’s no wonder that the myth of the ‘freezing artist’, which still survives in Estonian art history, was born then. The hardships of everyday life (shortage of money, starvation, adapting to a new cultural environment without knowing the local language, isolation etc) certainly offered a solid foundation to the stereotype. Triik’s everyday life in Berlin was also darkened by constant financial worries, memories of disappointments and misunderstandings about his creative aspirations experienced back home.

In Berlin, the artist who was at the summit of his creative powers, accepted any kind of design job that required only basic professional skills in order to survive, e.g designing postcards to be sold in Russia. The artist who had so far fulfilled lofty tasks initiated by the modern breakthrough in art, now felt like a teller of cheap tales, and a cornered animal. There is very little documentary material about the experiences of Estonian artists in big European art capitals. Triik’s letter from Berlin to Juhan Luiga asking for a loan thus seems both an outburst of a personal tragedy and a paradigmatic generalisation of an Estonian artist finding himself in a foreign country: “I cannot, my common sense, my whole being are unable to accept that I destroy myself day after day, destroy, suppress, kill everything I have cultivated in myself over the years with great effort and serious aspirations as something right, as something useful.”2

Knowing languages and being more intelligent in many ways than some other artists, Triik seemed to perceive more acutely the conflict between artists’ constant need to survive and their intellectual aspirations. However, there was the additional culture conflict. The scope of cultural life in Paris and Berlin evoked culture shock in those coming from the provinces, and it took a long time to recover, often expressed in a creative pause, a momentary halt. Triik produced only one remarkable work during his Berlin period: Portrait of Ants Laikmaa (1913). His expressionist drawings Martyr and Hunt, essential works of Estonian art, were produced a bit later in Estonia primarily as an eruption of the described anxiety.

The Estonian modernists of the first generation fought for their personal creative breakthrough, tried to catch up with the international art scene, and to create the necessary intellectual space at home for their work. In practice this meant that Triik had to work as a civil servant; he organised exhibitions, and taught painting at Pallas, the only higher art school in the country. Such self-destructive labouring on several fronts did not end well for any of the first-generation modernists: Konrad Mägi succumbed to illness in 1925, Nikolai Triik was hit by a serious creative crisis and alcoholism after the 1919 overview exhibition, Aleksander Tassa gave up art entirely and worked in heritage protection and museums, and in the 1920s the sculptor Jaan Koort criticised the national art policy and in 1934 left Estonia altogether, accepting the job of artistic head at the Gžel ceramics factory in Russia.

The existential crisis in Triik’s life was made more acute by the common aspirations for the ‘juste milieu’ art, open apologia for closeness to nature. After WW I in Europe the avant-garde was suddenly accused of destroying traditional cultural textures. The artist who had made contact with quite a few pre-war radical art trends and who was severely criticised for this in 1919, suddenly found himself in the 1920s face to face with the conservative tastes spreading throughout the international arena, which well suited the pathos of building up the Estonian nation-state. Triik had no choice but to cling to what he had mastered so brilliantly – the skill of capturing the form and character of the depicted. This enabled him to paint some later works that revealed his creative survival. 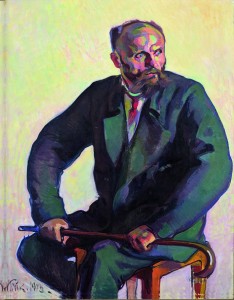 Nikolai Triik (1884–1940), among most significant Estonian artists in the 20th century, painter, graphic artist and art teacher. In 1933 became professor at the Pallas Art School in Tartu. An exhibition Nikolai Triik. Classics of the Modernist Era took place in Kumu Art Museum from 30 May to 28 September 2014, curated by Liis Pählapuu.

1 The departure of the Estonian artist Ants Laikmaa from the Düsseldorf Art Academy after a brief period of studying there had been among the most significant gestures in Estonian art – the first manifestation of clear creative independence. In 1903 Laikmaa opened his studio school in Tallinn, where hundreds of future professional and amateur artists studied in the course of twenty years or so.

Tiina Abel (1951) is an art historian, curator and lecturer at the Estonian Academy of Arts.