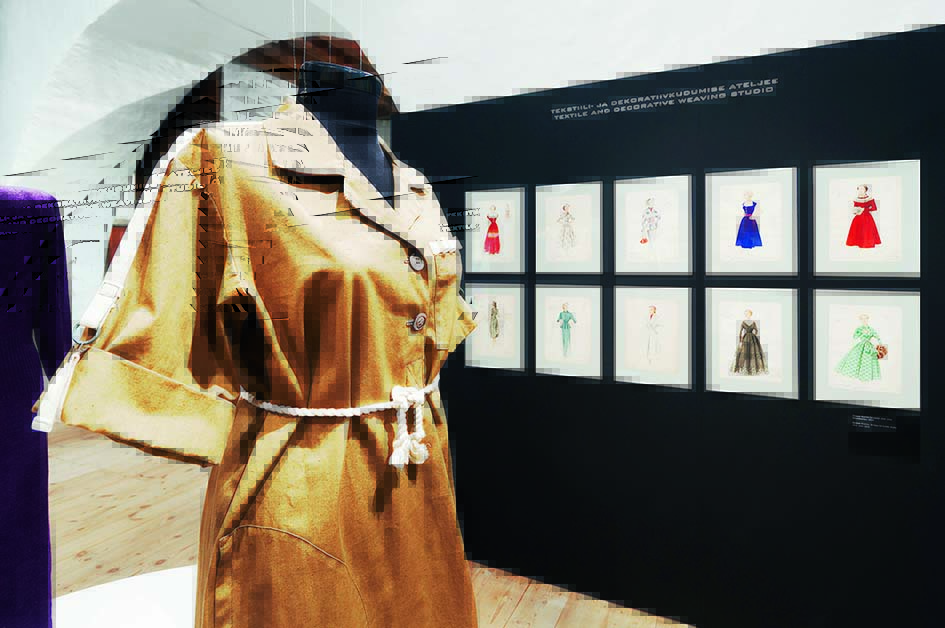 Between art and industry. The Art Workshops

The Art Products’ Factory, or better known as the Art Workshops, was founded soon after World War II and became a diverse and significant phenomenon in the Estonian art landscape, from various points of view: the interesting way in which they were established, what was expected of them and how they were positioned and fit between two different worlds, art and industry. The Workshops created items in series, produced everyday items and fulfilled commissions. The Art Workshops operated in Tallinn and Tartu, although similar units worked in various places across the Soviet Union, the closest in Latvia and Lithuania. The exhibition at the Estonian Museum of Applied Art and Design focused on the Workshop in Tallinn, as the unit which had the broadest reach and attracted the most attention.

In the context of Estonian applied and industrial art, the Art Workshops enjoyed an influential position among both artists and consumers. The most prominent artists of the time contributed to the Workshop studios; work was carried out by both artists and experienced masters. Studios fulfilled commissions, the products were profitably sold, artists were respected and both artists and consumers appreciated the system. The Art Workshops were initially seen as flexible and quick, with a high artistic standard which would initiate, support and innovate whatever was needed in industry. However, they then became a phenomenon which could not quite cope with all that, but which as a unit occupied quite an independent position in the local field of art, consumption and commissions.

The Tallinn Art Workshops were founded by uniting several applied art workshops of the 1920s and 1930s that had been nationalised after the war. These were relatively small enterprises where most work was done manually, but technology made it possible to create high-quality products, which were also successful in foreign markets. The workshops became the basis for a new production model that often used the same locations, skills, equipment and people. 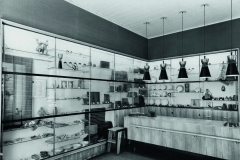 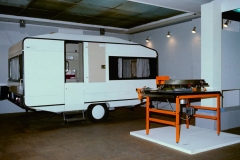 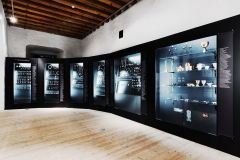 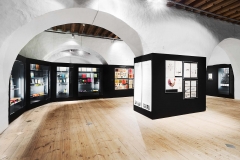 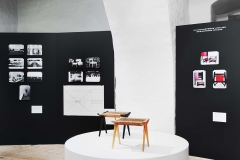 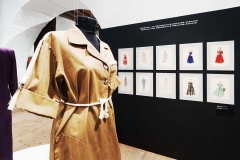 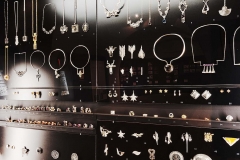 According to a statute from 1958, the Art Workshops constituted an ambitious undertaking with an extensive range of activities gathered under one umbrella organisation. The Workshops were supposed to provide artists with suitable conditions, popularise the results of their work and introduce samples to industry. The production of the Art Workshops was sold in special shops, which were called ‘salons’.

The Art Workshops were divided into studios based on art medium and material. With some rearrangements and changes in names, six studios had been established by 1968, all working on the principle of self-sufficiency: textiles, decorative knitting, metalwork, ceramics, leather and design. On the basis of the glass factory Tarbeklaas, glass art in limited amounts was produced for a short period of time. The ceramics studio also included a porcelain painting department and sculpture department, focusing on monumental works. The design studio differed from the others because it did not initiate products itself, but fulfilled commissions from the state and the whole Soviet Union. It designed theatres, museums and sanatoriums, and worked for a large range of organisations and institutions, mainly creating compact interior design solutions and exhibition designs. Smaller undertakings were tackled as well, such as bases for news panels attached to walls and graphic design solutions: sweet wrappers, posters, labels for various cupboards, etc. In 1972 the studio was expanded to include a design department that dealt with urban issues and more specific solutions for objects. The department mainly fulfilled commissions.

Although the products changed all the time to guarantee diversity, the Art Workshops managed to operate with amazing efficiency. It was possible to constantly alter the objects because they were handmade, making them much easier to adapt than machine-made products. Both artists working at the Workshops and outside were allowed to present their draft designs. The drafts were assessed by the artistic board at the Workshops, which consisted of the chief artist and artistic heads of the studios. The authors of the accepted design drafts were paid fees and the council also determined the number of products to be made. In 1969, for example, the council had to assess 5521 drafts from different fields, 4421 of which were accepted.

It is interesting to consider the Art Workshops in the context of discussions during the ‘thaw era’ about raising living standards, and hence in the process of the changing status of applied art and applied artists. One central topic of discussions in Soviet society from the mid-1950s on was the need to raise the standard of living via a better choice of consumer goods, and thus improve the everyday environment. The disputes starting in the 1950s saw the high-level example of applied art as a foundation for shaping people’s tastes. The Art Workshops, with their different studios, remained at the centre of such discussions for some time.

The Art Workshops were regarded as an example of a model where a well-designed applied art object could become a product. The often emphasised balance between artistic quality and product choice, which was seen as the task of an applied artist, seemed to function excellently there. The Art Workshops was thus expected to offer samples for industrial production.

Compared with art, industry was seen as something clumsy and slow, seldom managing to achieve the Workshops’ standards and flexibility. For a period of time, the Art Workshops operated as a kind of compromise area between industry and unique works of art, being both handicraft-based and producing series of products. They were regarded as a firm foundation for future well-designed industrial products.

In the 1950s, the Art Workshops were considered to be the technological and ideological basis for the changing everyday life and material environment, as they combined art and production by producing applied art in series. By the 1960s, however, they had become places where objects were generally produced in small series. These were popular among consumers, who appreciated their artistic uniqueness.

Interest in the ideological role of the applied art of the Art Workshops diminished considerably in 1966 due to the establishing of the industrial art speciality within the architecture department at the State Art Institute. This brought about a clear change in the local design discourse. At the third industrial art exhibition in 1969, where student work was also displayed, the output of the Art Workshops was regarded as representing traditional popular applied art. Their decorative approach allowed them to be seen as applied art that did not fit well into the industrial art framework.

One of the initial aims – to prepare product samples for industry – soon lost its importance, until only a few samples were presented at the end of the 1960s. The number of artists working in industry constantly increased and they gradually took over the tasks of the Art Workshops. Creating industrial samples did not suit the Workshops’ profile very well, as they considerably differed from institutions dealing with mass production. Discussions on art and industry at that time had already largely ceased to examine applied art in connection with industrial art.

The activities of the Art Workshops continued in several directions, including offering series of products, and fulfilling commissions by organisations or artists. Their products always enjoyed excellent reputations and there was never a shortage of buyers. High fees and big and important commissions, as well as technologically well-equipped studios, made the Workshops very popular amongst artists: the number of Estonian artists who were in some way linked with the Workshops production is quite remarkable.

The Art Workshops operated as one organisation until 1992, when the public limited company ARS was established and the studios became separate independent units.

Kai Lobjakas (1975), art historian, Director and Curator of Design collection of the Estonian Museum of Applied Art and Design.