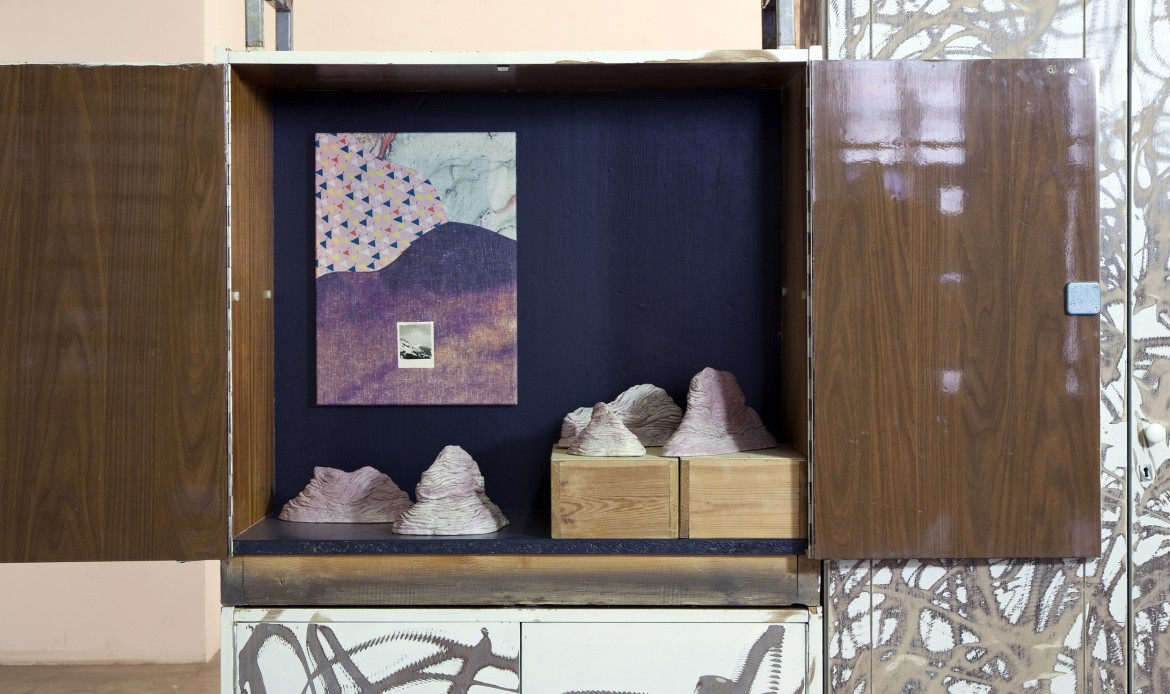 As I try to reflect on the topic of (art) education, I actually end up stressing the importance of what one does when the academy is breaking up with you and it is time to move out to the first bachelor pad and begin dealing with reality.

It is no secret that I never officially studied in Vienna. I went there after graduating from the University of Tartu and my studies at the Estonian Academy of Arts were also behind me. Things often fall into my hands when somebody has to cancel and this is how I ended up being invited to Vienna. Ten days after hearing the news I was in my private apartment and sharing a studio, almost in the woods on the edge of Vienna, with a Polish guy and a totally lovable Montenegrian girl.

From then on it didn’t matter much if it was Tallinn or Tartu, ceramics or painting. When no one around you knows or cares about any of that, sooner or later you rethink, question or reinvent your everyday rhythm, your practice and standpoints. I couldn’t take myself too seriously anyhow as most people couldn’t tell Estonia from Lithuania.

I think this empty stage is pretty much the scariest thing about moving to a new city with just two hands in your pocket because it is so easy to cool out and go into this fake Zen-state for months and never leave the house. But if you are bored with the old labels attached to artists in your home country – ‘painter’, ‘applied arts’, ‘periphery’ etc – then this lonely and out-of-sight status can be rather liberating.

What artists sometimes list as a part of ‘education’ in their CVs is residency experience. My stays in Vienna, Linz, Salzburg etc. have allowed me to witness how my peers from Hamburg, Berlin, Podgorica, Vienna etc materialize their ideas in a given period of time. I depend very much on my environment and the first thing I started working on after relocating to a new country and culture was my living conditions and the concept of home. No matter how much of human communication is said to be visual, I must admit being unable to speak German put me in a totally unexpected locked-out situation in Austria and I believe this has influenced my work. Especially in Vienna, where you see so many immigrants, being suddenly counted as one of them puts things into a different perspective. Long story short, this alien status has provided roots for my works, such as A Made-up Family History (2014) – part of the exhibition Castle – where I used found family photos with people hiking in the mountains, and a series of objects resembling stage maquettes or community buildings titled A Study of Homes (2011–2013).

Of course I never really cut my ties and still most of my bigger shows have taken place in Estonia, but the works were often partly seeded and realized in Vienna. That leads to the next characteristic aspect of my work. Although I painted museum-sized canvases in the painting dept. in Tartu, the reality is that while working independently on several shows with tight finances the works have to be easily (i.e cheaply) transportable. I have been pleasantly surprised to see how young painters in Vienna work with very small formats but have the ability to execute shows in big spaces with the help of flexible and ephemeral media. I totally fell in love with this approach and abandoned my six-meter wide paintings for a while. Even if I make such large works again, they will be dismountable.

Since reality and my surroundings have directed me towards different topics and accessible materials that I integrate into my installations, some critics seem to be confused when they look too closely at my CV. For a painter, I clearly don’t work in the medium often enough for them and it irritates me when what I do is labelled as innovative painting (and that label becomes too important) and not as something mainly guided by a situation, problem or story. But clearly material objects speak to me and I like ‘making’. I have to touch, especially when I see something intriguing (a beautiful colour, objects well-situated in space etc). Maybe a quote that is almost 100 years old (nothing ‘innovative’ here) would explain how I see things and what the different media can do. Vladimir Tatlin: ‘Let us place the eye under the control of touch.’ 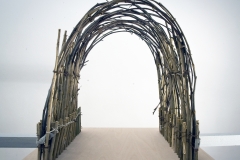 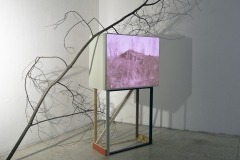 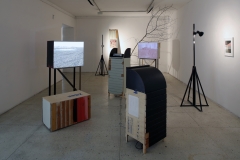 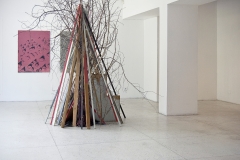 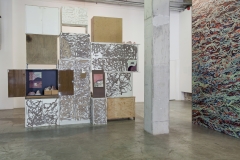 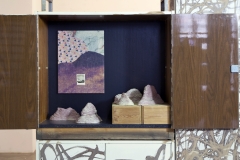 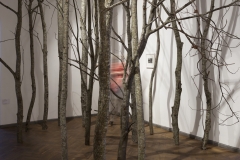 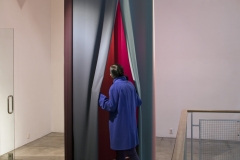 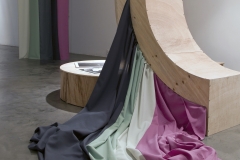 Laura Põld (1984), born in Tallinn. She received her BA in Ceramics from Estonian Academy of Arts (2007) and her MA in Painting from the University of Tartu (2010). Her recent solo exhibitions were held at Showroom Gallery Ulrike Hrobsky in Vienna, Kunstkabinett Altes Rathaus in Bayreuth and Hobusepea Gallery in Tallinn. Over the last five years she has been included in numerous group exhibitions in Vienna, Moscow, Berlin, Carcassonne, Frankfurt, Warsaw etc. She is currently living and working in Vienna and Tallinn.