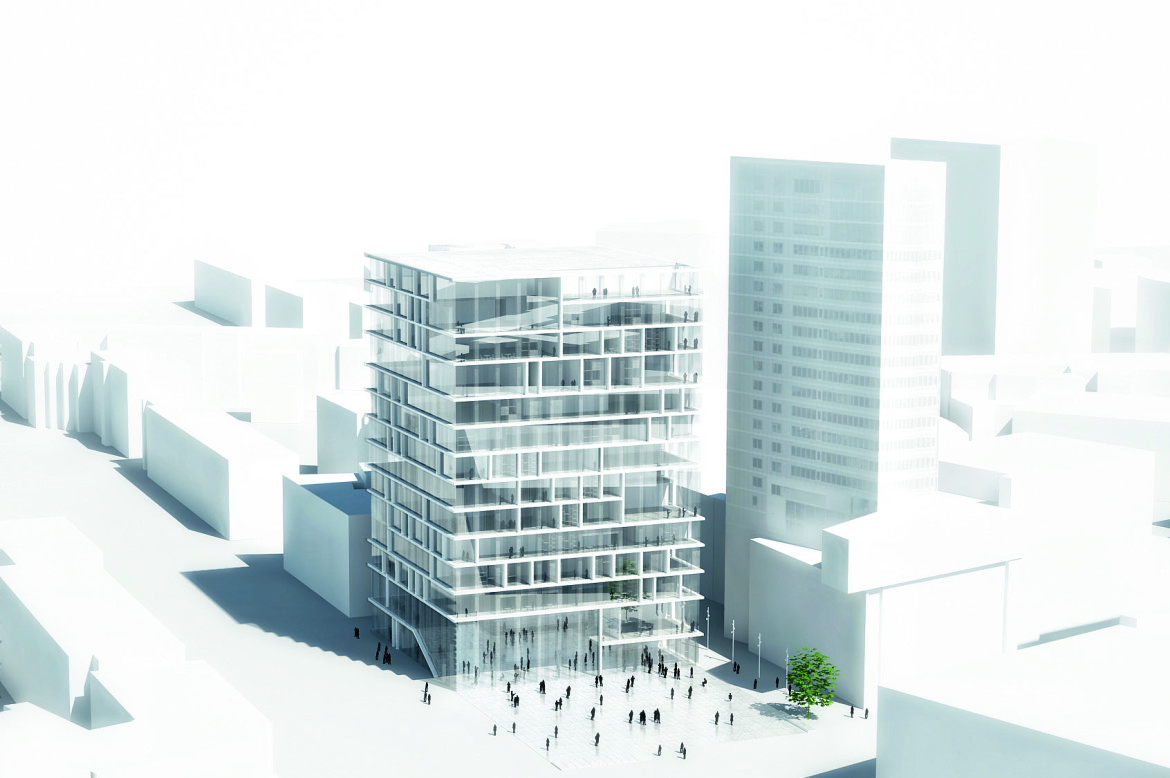 When EU grants are distributed the muses are silent

Supported by EU grants, the Estonian state has kept building, feverishly and with pleasure. It has built so much that suspicions occasionally emerge as to what exactly is going on under the cover of all this construction, and how the cash is actually flowing. It also sometimes transpires that the decisions of money-distributing committees do not rely on analyses and the significance of objects, but on agreements between political parties and construction companies. Yes, Estonia is one of the most successful EU countries in using EU grants, even when the grants fund ridiculously grand projects or those with doubtful profit factors. 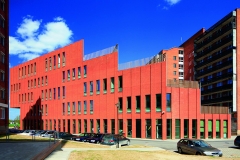 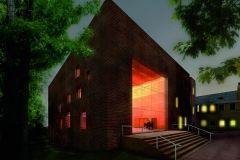 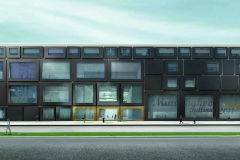 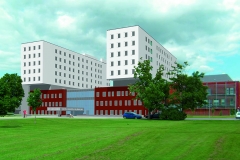 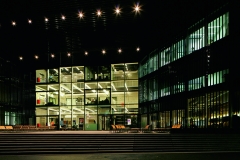 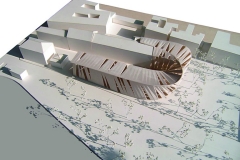 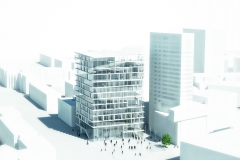 Urban centres have been allowed to spread, and essential new buildings are increasingly moved to the outskirts, where construction can be started more quickly and money can move more swiftly. Building big roads and multilevel intersections in random places has particularly thrived: even in the depths of the recession, the state guaranteed its participation in EU-funded projects. When EU projects disappear, Estonian road construction goes with it. Rumour has it that all this is only aimless squandering, and cash flows are firmly directed to certain people and not others.

The most expensive and most outstanding building built by the state during Estonian independence has been the Kumu Art Museum. Its completion in 2006 was a real miracle. The museum was built at absolutely the right time: a few years later it would not have been undertaken. Just a few years later, the word ‘art’ and talking about it became incomprehensible and unnecessary for market liberals.
In the era of EU grants, many pretty museums have of course been built; unlike budget-contrained public buildings, these are architecturally valuable and result from international contests. Preparations for the Estonian National Museum, more expensive than Kumu by at least a quarter, have relied on the fact that construction depended on whether the EU would support the application for 32 million euros or not. Even with the EU money included, it was still unclear where the Estonian funds would come from. The government actually knew three or four years ago that the European Commission was not going to back such an impractical building in Tartu. However, promises had been made, agreements were in place and the decision to build the museum at the expense of the state came quickly: the museum foundation will borrow money and the loan will gradually be covered out of the gambling tax. Future generations may or may not be grateful.

In the flood of EU money, educational infrastructure has grown by leaps and bounds. In the course of the past 10 years, the University of Tartu has acquired a new chemistry building accommodating several institutes, the Tartu Health Care College has a new building, new buildings for physics and a modern centre of oncology are underway, and the University of Life Sciences has renovated its main building and got a new sport centre, all in the name of ‘increasing the universities’ international competitiveness’. A few years ago a scandal erupted when it was discovered that the hideously expensive veterinary laboratories were standing empty and unused, as money was lacking to complete the interiors and hire staff. The obvious question arose of where to get resources to buy equipment to keep the tens of thousands of square metres functioning, plus to place doctors in the clinics (and finally patients).

All this shows the benefits that have arrived in our front yard thanks to European structural funds. However, there is a field that does share these benefits and there does not seem to be a simple situation when there is not enough for everybody. The editor-in-chief of a cultural paper says: “We have heard for 21 years how we first must get the economy going, and then we can lift education and culture to dizzying heights. I am now wondering whether our economy constitutes only of Estonian Energy, Estonian Air and building motorway junctions on village roads with EU grants.” Karli Luik has written in this magazine: “Architecture is therefore dangerous and suspicious, dubious and expensive. Architecture resembles the humanities: it cannot really be measured or pigeon-holed; it is subjective and thus relatively uncontrollable, something to be avoided rather than desired.” The same emotional reaction could be expanded to the relations between politicians and cultural people. It is too easy to believe that purposefully maneuvering EU funds past the infrastructure of the arts is not merely linked with priorities of entrepreneurship and hard sciences, but is also the politicians’ revenge on stubborn and arrogant creative people. The simplest way to keep artists under your thumb is to deny them something they very much want, for example art educational institutions.

Who then has been deprived of EU funding and budgetary money? Promises have been made to many; in the humanities, the only promise that has come true is the new building of the Baltic Film and Media School, which managed to prove its worth in the creative economy.

The Estonian Academy of Music and Theatre has been waiting to complete their building since 1999. The concert hall seating 500 and the black box– basic performing venues at a university focusing on the performing arts – are still unfinished. A promise to finance this from the Cultural Endowment’s funding of cultural monuments was delayed and delayed until the money was redirected to the National Museum in spring 2012. Finishing the academy’s concert hall complex would make it possible to optimise the spatial programme of the planned Tallinn Music College, the Tallinn Georg Ots Music School and the new study building of the Tallinn Ballet School. The latter has been especially unlucky. Ten years ago everybody was convinced that the new music and ballet school would be erected on the plot right in front of the academy, and the concert hall would have been shared. However, skilful property development managed to grab the land for a business and apartment block instead. The new location assigned for the joint building of the music school, music college and ballet school would produce an uncomfortable half kilometre of heavy traffic between the two music institutions. The construction of this building has been indefinitely postponed, and the Ministry of Education has pruned the project ‘according to existing possibilities’ so much that, in the opinion of musicians, the building in such a form would be pointless.
An extension will be built for the Tartu Music School next year, as well as a sound studio and new study classes; it will have the same sized choir and orchestra hall as in the Vanemuine concert house nearby. “We were supposed to make the building much smaller and at some point there did not seem to be any hope at all, but then the parliament allocated more money and we will be able to complete it fully,” said the director happily. Young musicians are happy too, although it must be noted that not every school has such a well-placed graduate: a choral conductor who is also the deputy chairman of the parliament.
The case of the Tartu Art Museum inspires cynicism: the previous Minister of Culture, who is from Tartu, organised (before the elections) an architectural contest for the new museum building, although it was not at all certain whether and when it would be built. The successor, before any analyses had been conducted, calmly declared that a town like Tartu did not need an art museum in the first place, and the collections could be taken over by Tallinn.

There is really no point in recalling the saga around the Estonian Academy of Arts [in 2008, an international competition was organised in order to select the winning entry for a new study building; several steps were taken that changed the academy’s organisational life: in 2009 and 2010 the departments moved from the old building at 1 Tartu Road into seven different locations in Tallinn and in spring-summer 2010 the old building was demolished. The new building was supposed to be constructed between 2011 and 2014, but in January 2012 the Archimedes Foundation decided to back out of funding the project and now its realisation has been postponed to 2014–2020. See also Estonian Art 1/2 –2008 – Ed]. It is a true miracle that the academy is still functioning. A representative of the Ministry of Education claims that the political will exists to erect a new building for the art academy and the problem simply lies in the clash between wishes, needs and possibilities, whereas the Minister of Culture has officially distanced himself from interfering in the affairs of another ministry. The plot of land of the former academy is now a car park, the money for a new building has been scattered among other research institutions, there has been litigation, and alternative venues have been analysed. The key factor, however, is the unwillingness to think about the academy in the first place. The chief architect of Tallinn merely says: “The reason for the non-birth of the new building of the Academy of Arts was the absence of state support or, in other words, the unwillingness of the owner to erect this building”.
The time will come when people wake up from the ‘hangover’ of EU grants. Maybe that will occur during the next EU budgetary period, and various bitter truths will be revealed, for example that the backlog in road construction has led to a situation where smaller and side roads are useless. Or it will become clear that the result of constantly ignoring art education is that no more young musicians and artists will graduate from Estonian universities, whether or not, and to what extent, the current decision-makers actually care.

Piret Lindpere, (1963), art historian. Has worked mainly in art and architecture as a manager, in the Union of Estonian Architects, Center for Contemporary Arts in Estonia, Ministry of Culture and from 2011 at the Kumu Art Museum. Her main research field is Estonian 20th century architecture.

The (un)compromising nature of politics and art, or aestheticised human suffering