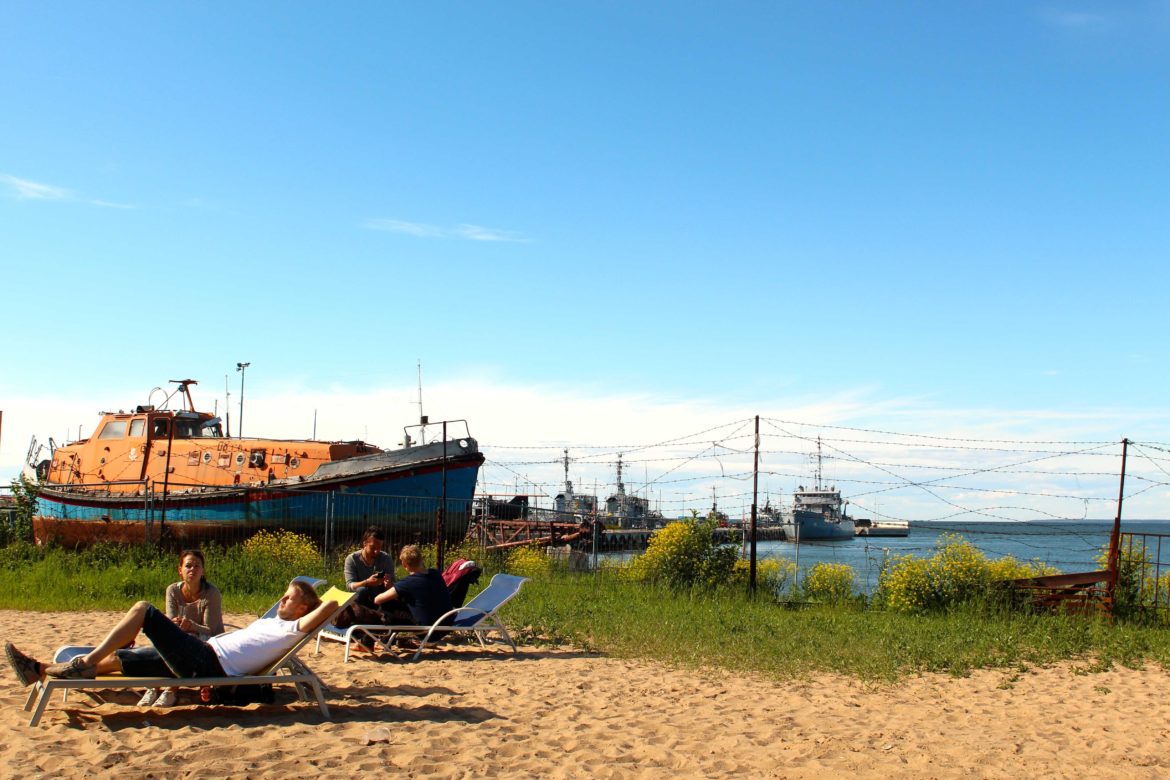 The trigger of this article is Ingrid Ruudi’s exhibition on the architectural projects unrealised in Estonia because they were planned during the liminal period 1986-1994. The sense of radical openness and incompletion in the late 80s and early 90s in Estonia was reflected by Juri Okas’ letter explaining his (unbuilt) project for the 1992 Universal Exposition of Seville, in which he compared the Estonian society at the time to a building “at a stage when it is hard to define whether it is being constructed or demolished”. The exhibition Unbuilt. Visions for a New Society 1986 – 1994 (Museum of Estonian Architecture, 2015) invited the visitor to think beyond dichotomies (of rupture and continuity, urban growth and decline), exploring how the materiality of built forms is directly tied to socio-economic conditions. Ruudi showed the limits of the life-cycle analysis of materiality and reminded us that the urban fabric is also the outcome of socially constituted relations (therefore contingent). Consequently, we can say that architecture not only shapes social lives and provides means of organisation,[1] but it is also the product of the very social relations it shapes (subject not only to destruction and maintenance, but to construction too!).

Reflections on unbuilt projects help us to acknowledge that any clear-cut separation of eras is rather arbitrary as well as to think that it could have been otherwise. In post-socialist countries, the nineties was the decade when the seeds of business and entertainment centres, banks and religious buildings, enclosures and suburbanisation were planted. Yet, as Ruudi illustrates, there were also continuities and alternative attempts to transform the city, to make it both more idealistic and postmodern. Tallinn could have been very different indeed; in a few years many things were decided in an irreversible way. Otherwise, the exhibition also illustrates how the urban space shifted from production to consumption, and from manufacturing to services.

The unbuilt projects were turned by Ruudi into storytelling devices, since the objects chosen for the exhibition acquired an autobiographical patina, with lingering stories around them. This suggests a particular understanding of traces and an aesthetic concern with the relationship between material change and social change, and how it affects our experience in return.[2] We discover, for instance, a condensation of power relations and temporalities.[3] The presence of a series of past durations – recognisable in material elements and amalgamations – makes up the present multi-temporal[4]; further on, its study tells about the negotiation of actual orders through the manipulation of materials, their surfaces, and the addition of new elements to the assemblage, indexing the past through preservation and living efforts.

Here I propose several exercises examining how pastness is perceived in the present through unintended compositions (conglomerates, amalgamations, coral striations, intervals etc.). Materials are not entirely reducible to the contexts in which human activity sets them. They have a mounting quality, revealing transmission and reception, what survives and what is forgotten, turning the cityscape into a sort of stage. The study of amalgamations says something about what has been accumulating and piling up, producing a new perceptual significance and an open-ended assemblage. It reveals a decayed composition and second or third uses of materials, which show successive stages of development, renewal and decadence. The aesthetics of amalgamation portray processes of change and review the meaning of what is residual, of what is left behind by attempts at modernisation: as a remainder, but also as an aesthetic assemblage. In it, different kinds of elements create a particular texture, an unforeseen composition and whole beyond the separated parts that form it. In museums, however, objects are not commonly thrown together but systematically displayed and removed from their original time and space.

Short term adaptations and long term patterns become apparent in the external aestheticised forms of material culture, creating a fragmented, as well as aesthetically and historically diverse, urban landscape. Gaps and interruptions can also be understood as material expressions of the past that remain in the cityscape. From previously existing practices and forms, new ones are generated in a way similar to the process of rewriting: adding and deleting. This process can be partly described as hybrid, since transformations are mediated through local configurations of legacy, institution and power. But, in some cases, the degree of contradiction between the elements forming the cityscape is high enough or the process of reception-translation is parallel enough (instead of mixing) that we have to talk about a Frankenstein formation rather than a hybrid one.

Amalgamations recall what is absent, as a tension between history, memory and decay. They are dense and intense, bringing dissimilar elements into coexistence. They indicate a lack of contextual fit and symbolic saturation, which reveals social inequalities, radical ruptures and systemic failures. The historian Karl Schlögel[5] has tried to explain the hybridity of processes of change by distinguishing between “hot” and “cold” locations in urban spaces. Hot places are those in the making, while cold ones appear already consolidated. Hot locations act as a suture; they connect, alleviate and bridge, providing terrain for inclusiveness and communication. The study of sutures, amalgamation and repair has to therefore be sensitive to the eventfulness and in-betweenness of social transformations. These phenomena remind us that change is rather contingent and multidirectional; it always faces obduracy and alters our relation to the things and ideas of the past as it unfolds. Likewise, the accumulation of changeless elements and unfinished projects in the cityscape conditions any process of adaptation and testifies to failures.

For example, in examining material traces and gaps in Tallinn we recognise a redundant melange of elements and processes that confirm that the Estonian capital is not simply a post-socialist city, but an urban archipelago produced by the cumulative effects of unfinished projects of modernisation. This is manifested in a peculiar abundance of threshold experiences and in a sense of jumping from one island to another when traversing neighbourhoods in the city. The study of amalgamations brings to light diverse temporalities, as well as a lack of contextual fit and saturation, outlined in how materials were entropically brought and held together.[6] Social transformations produce conglomerates, which eventually generate a particular apprehension and a certain type of aesthetic and spatial regime. In post-socialist cities, this is perceived as a lack of contextual fit, a symbolic saturation, and a need for (material and social) sutures.

My last example is from the project “Aesthetics of Repair in Contemporary Georgia”,[7] in which the curator Marika Agu and I proposed to reflect on those arrangements that constituted finality without being finished in Tbilisi (in a constant oscillation between aspiration and the possible). Drawing on this assumption, we put the emphasis on the radical processes of construction and deconstruction in which Georgia has been immersed, expressed in a state of unstable equilibria and low-key engagements. This compelled us to ethnographically explore micro-works of adaptation and a sense of distributed creativity: the way that people make use of what is around them in order to cope with abrupt social changes. Existentially, and relying on material culture studies, our project called attention to the arts of combining and fixing up. We discovered in Georgia a paradoxical interplay between innovation and tradition, which generates a particular indigenous curation and vernacular solutions. There, every person seems to be a master, capable of actively making a world of his own, and at the same time a subject, at the mercy of circumstances beyond individual control. There is a connection between aesthetics and morality, between the way that we perceive the world, how we want to dwell in it, and how we handle losses. Aesthetics, therefore, appear as more than a rhetorical battlefield: a space of struggle to make something visible and make it participate in society – “the distribution of the sensible” as Rancière calls it.[8] 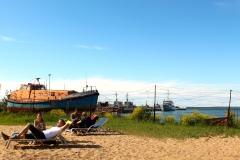 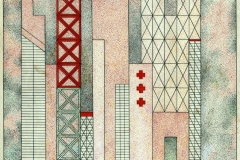 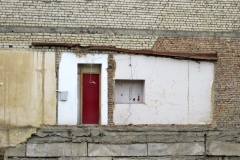 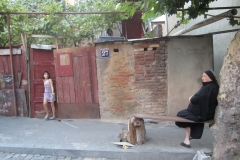 [4] Laurent Olivier. ‘Duration, memory and the nature of the archaeological record’. In H. Karlsson (ed.) It’s About Time: The Concept of Time in Archaeology. Gothenburg: Bricoleur, 2001.

Francisco Martínez (PhD) is an anthropologist based in Estonia. He has edited different books and curated several exhibitions.