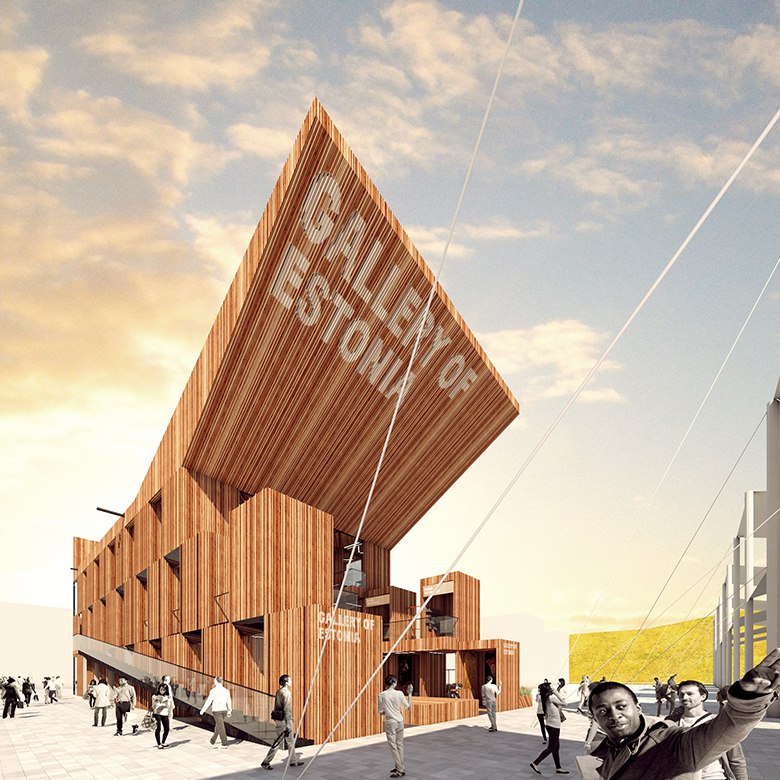 The winner of the interior decoration competition for the Estonian pavilion at EXPO in Milano 2015 was a team who presented a work titled Gallery of _, i.e Kadarik Tüür Arcitects OÜ: Ott Kadarik, Mihkel Tüür; team: Tanel Trepp, Kristi Tuurmann, Kadri Tamme, Uku-Kristjan Küttis, Kaarel Kala, Alari Orav, Karlo Funk, Ants Uustalu and Kerli Kehman. The winning entry wants the Estonian pavilion to be as open as possible, made of wooden boxes where people can swing. The pavilion represents themes that are common to and admirable about Estonia. The visitor is part of a multifunctional and interactive environment, a gallery of positive experiences. The leading motive is harmony with nature and traditions regenerating hand in hand with technology.

The pavilion presents relevant displays, cultural programmes and events in the course of 6 months from May to October 2015.

Estonia has taken part in the event three times: once before the Soviet occupation (in 1933) and twice since it regained its independence (in 2000 and 2010). Participation in the EXPO 2015 will cost Estonia an estimated €3.7 million. The pavilion is built by the Italian company Redaelli Costruzioni S.p.A.