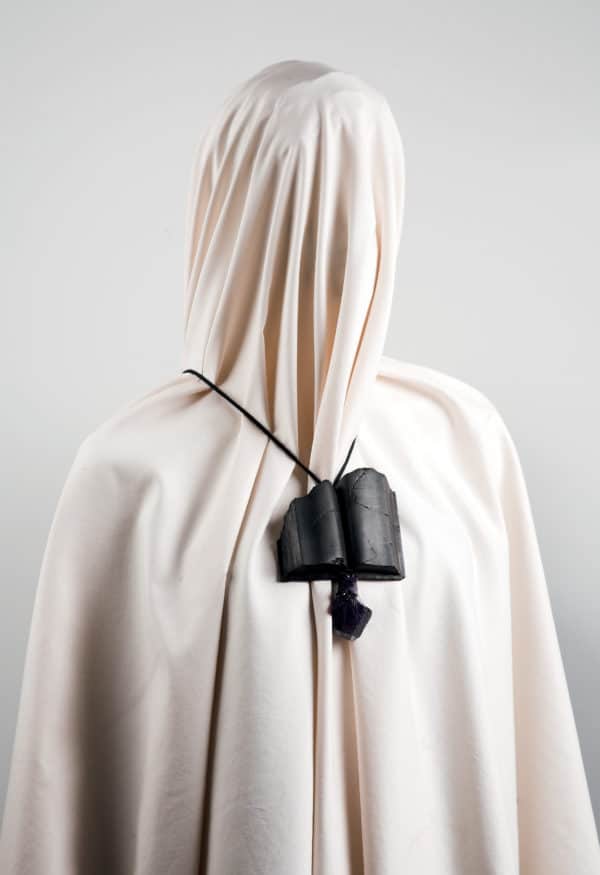 The Universal Addressability of Contrast in Tanel Veenre’s Work

Of all the ways to approach art, lately I feel that only personal ways matter. For me, when I try to understand other artists, one of those ways is to embody myself in their work and to imagine living in that world when everything looked like (their) art. As a painter, it’s mainly a visual trip, but the same approach can help to sift cohesive understanding out of conceptual art or presence in the performing arts. To think about art as political activism in that way usually goes to the extreme in milliseconds, and in music, well, everything goes ‘way beyond’ just as quickly. I guess this sort of embodiment mainly works for fine arts but, thinking about jewelry, it is even more intriguing, as the sensation of touch is added. 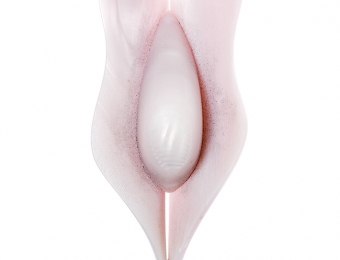 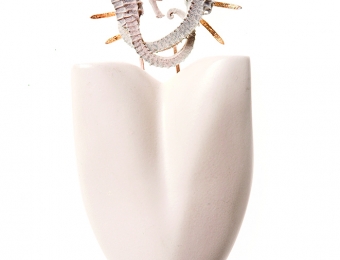 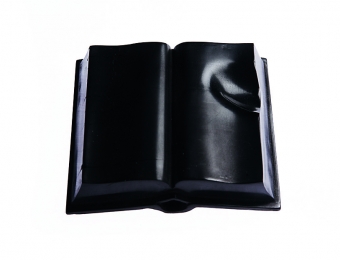 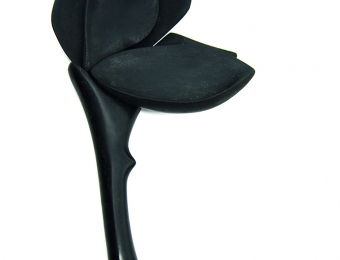 In living inside Tanel Veenre’s work like this, I find myself in a vast field of pulsating organisms, where the gloomy depths of oceans and lightness of summer breezes are connected. All of the details of those creatures, their instincts and things connected with them become interwoven. There is a constant circulation, like life itself. Sure it’s a romantic world, but with the delicate interest of matter’s inner anatomy and with the realization of what dreams are made of. To balance this romance there’s always some imminent perishability. This other plane of existence in his work consists of myths and lost worlds, but also of things to come, because some things, hopefully, will always remain the same, for example physicality.

One notion that runs through all of Veenre’s work like a silver lining is contrast, perhaps even polarity. For every approach, there is an opposite waiting. In terms of bodily physicality, it lies in wearability. On one hand, his work always compliments the body and human figure in general but, on the other hand, it is not always easy to wear it. Many of the pieces demand a sort of sophistication, excessive confidence, and even majesty. One can’t just wear his more complicated pieces; one has to grow with and into them. I tend to appreciate this type of exacting quality, because it gives an undertone or constant metallic drone of awareness to his work. And, on the contrary, a large part of the work is easygoing and weightless. This side of his work is pure color and joy. It reminds me of an interview I heard in childhood. When a reporter asked the band Daft Punk if they agreed with the term “happy house” to describe their sound, their answer was: “We don’t make some happy house music. We just do music that makes people happy.” That helps to remind people not to take everything too seriously and for a large part of Veenre’s work this directness fits well. So there’s a polarity of calculated discipline and first-hand sincerity that always balance each other in his work. Maybe it could also be called a contrast of intelligence and intuition. Both are needed and to play these characteristics against each other adds a lot of playfulness to his portfolio.

There are some things in the work of Tanel Veenre that remain a mystery to me. Mainly, how does he do it? I don’t mean the charming technicality of it, but the social side. Behind this voluminous production there have to be many time-consuming phases of planning, composing and craftsmanship, all necessary stages for cohesive work. That means a proper solitude in the studio, which tends to require strong willpower to maintain focus. I sense it almost like falling out of time. The moment of creation tends to overwrite everyday reality. So work that is meant to be worn and is dedicated to people actually grows out of studio exile. From alone to together, with all the people wearing his work. The paradox is the communicativity, as the reach and the demand for his work is acclaimed locally in Estonia and internationally. It seems to me that communication is one of the main values of an artwork and Veenre’s work can address people’s fantasies and storytelling to emphasize their charisma. I guess I exaggerated the solitude aspect a bit. It just needs to be stressed that delicate work takes time. And again, there’s an opposite side, as he has time to lead the Department of Jewelry at the Estonian Academy of Arts, finding a balance between academic and individual work. Also, not to miss, that his trademark series – TVJ –  mainly comes from factories. Then he has to work strategically as a project manager, where no studio contemplation of timelessness can manage. All together forming cohesive structures from controversial approaches to work.

To sum up, Veenre’s work has the ability to unite individual and collective timelines. To address finding a balance in contrasts is directly connected to the human condition. Veenre gives it a refined dimension, both as an author and as a person.

Right now, while I write this, it is winter. Nature is asleep and all is buried in snow. The snow covers the Bacchanals of summer and fully matured autumn ideas, creating a bit of sorrow in the soul. I wonder what the world would look like, when it consisted of Tanel’s pieces, but under snow? How will his creatures of desire survive that quiet time? Even though there will always be another spring, right now it’s hard to believe that it will happen and in this mindset there’s some beauty and comfort in contemplating oblivion. I find myself thinking that this is how we follow each other, we are… and later we perish. But meanwhile we live and we can enjoy what life has to offer, such as embodiment in art. A mindset of spring, actually. At its best, art not only represents life, but is alive. I feel the same about Tanel Veenre’s work.Even though his jewelry might seem fragile, it is strong from the inside by willpower and constant search and organic growth and change in life. Like that it is connected to eternity. I acknowledge that through thinking about mortality we can reach the opposite, as Veenre’s work celebrates life.If all the world looked like Veenre’s art, I would definitely want to live there.

Mihkel Ilus (b.1987) is a visual artist working in the expanded field of painting. He mainly works with large scale installations with a focus on the painterly approach. At the moment he is studying carpentry as a part of developing his arts practice.