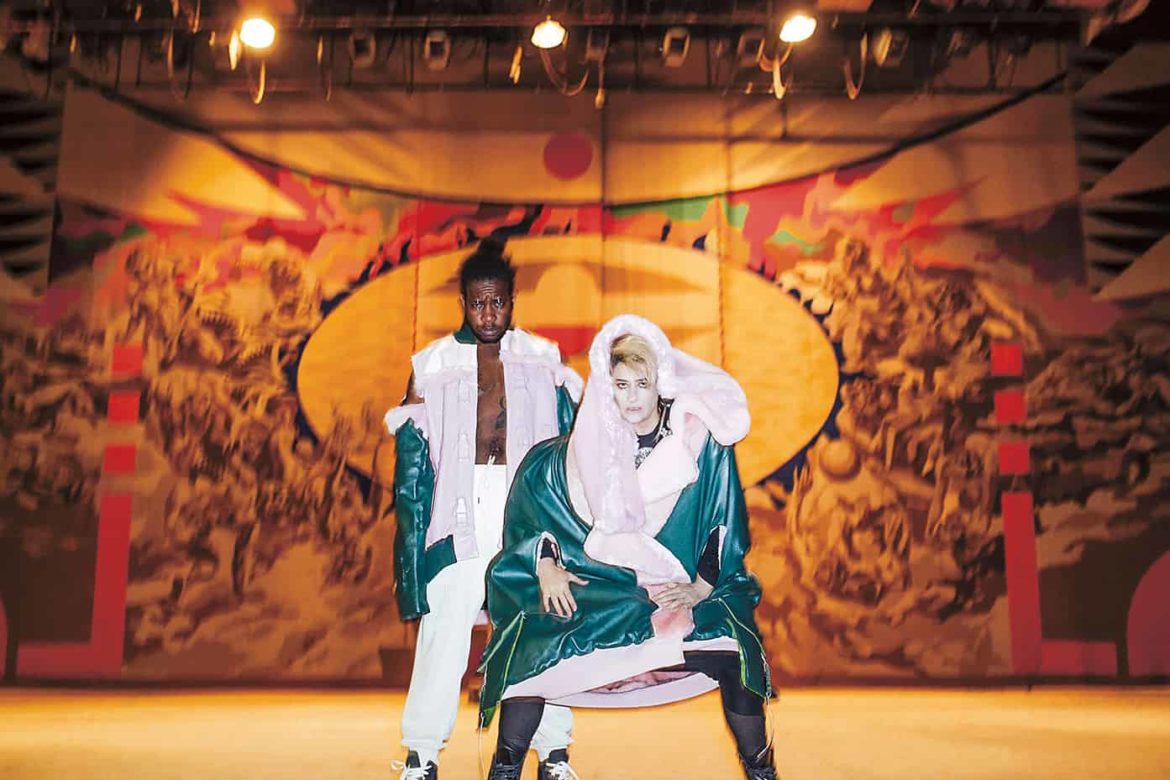 Kristel Kuslapuu: Phantom Thread with a Touch of Neon

How can knitting be made into contemporary, socially inclined art? Kristel Kuslapuu, the freshest – not as in a newbie, but as in a breath of fresh air – figure in the Estonian fashion scene knows the answer.

There are not many ways for people to enter the international fashion scene and make any kind of impact, repeating the tricky route of the likes of Demna Gvasalia, Gosha Rubchinskiy and JW Anderson. One way is to intern at a respectable fashion house, work inhuman hours, seven days a week, and live on coffee, Adderall and dreams of success, and then maybe end up in a position where you really create something; not just forever running errands for the neurotic fashion god at the top of the chain. Another way is to enter one of the top fashion schools, have a remarkable graduation show, find an investor (or even better, your parents are loaded and they support your fantasy), get favorable press and have a totally lit social media strategy. The third way: be genuinely talented, do not compromise to make a fast financial score, fit into the zeitgeist, and work (a lot).

Kuslapuu, who without stretching the truth could be named the most original voice in today’s Estonian fashion design, represents the third group. Her unisex and unique knitwear pose questions about gender, nationalism and society at large: a cardigan can be a true intellectual statement if it’s made by Kuslapuu. Luckily, her ways of seeing queer beauty have prevented Kristel from becoming dry and preachy; those cardigans are not only a commentary on our current liquid culture, they are bright (literally) and use quirky humor to communicate Kuslapuu’s message.

This is the second time I’ve had a long conversation with Kristel about work, leisure and the burden and luck of being a part of the emerging Eastern European fashion movement. Kuslapuu’s resumé is impressive and speaks for itself; she is also one of the rare “fashion folk” who happen to be not only creative but also analytical. So I will not make you suffer through interviewer innuendo, but instead give questions and answers served straight up. As the questions that formed the conversation came mainly from my heart not brain, the interview goes all over and then some; but I promise you it’s fun to read. Almost as fun as wearing Kuslapuu’s designs to your conservative uncle’s birthday.

Anne Vetik (AV): Why knitting and not tailoring? Have you thought of changing your technique?

Kristel Kuslapuu (KK): I actually studied tailoring at the Tallinn Industrial Education Center so I technically know how to construct and sew even more difficult pieces, such as coats. I could do it but I really don’t think it is something that is for me. With knitting I feel like I am creating something that could only come from inside of me, and I could never feel like that while constructing something that was sewn. The difference comes from the intimacy of hand-knitting something. Every single stitch is a movement and a thought put into action, and sweaters tend to have thousands of stitches. For me, knitting is a deeply meditative process where you get a thought in your head, it travels through your heart and your hands take over and finish the job. I consider hand-knit garments to be living organisms.

KK: I don’t think the experience changed me aesthetically. It changed my point of view, making me see the “kitchen side” of the industry. I became aware that I could work for somebody, but do I really want to?

AV: When did you decide that the binary gender system is not interesting to you as a designer?

KK: As a designer, I understand that most men and women have different bodies. I also understand that ‘most’ does not mean everybody. I am against radicalism. In most cases, people who defend the binary gender system are verbally violent, stuck in the past and don’t see different people around them. For me, this is a problem because if you don’t let a person be who they want to be you will get suppressed individuals in a bubble-like society.

For me, it has never been about putting a skirt on a male model just for the sake of shock but using it as a symbol of how it is just a piece of cloth and how much energy is wasted on something so pointless. I really liked the vibe of Konstfack, a school in Stockholm where I studied for a semester. My friend had his ass bare in all of the performances he did at the school, which culminated with his graduation project, where he walked around the school for five days wearing only a jockstrap. There was another girl who walked around the school with her tits out. Nobody cared. Then again, why should they?

AV: Do you think it is easier to “make it” for an artist or designer from Estonia at this exact moment in history, a moment which is kind of “happening” for Eastern Europe?

KK:  Yes, I do believe so. We are under the eye of the world at the moment. Something that is our reality and norm is somewhat cool and fresh for others. It is funny how the world works in that sense. I predict this trend of Eastern European art, music and fashion will be over soon. The good thing about this is that it makes it easier for an artist to get noticed and maybe have a career, even if the trend ends. 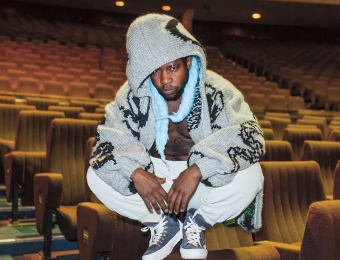 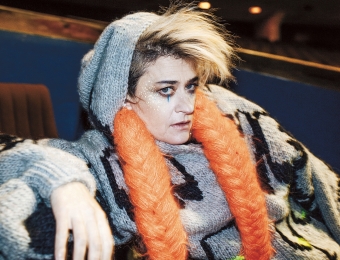 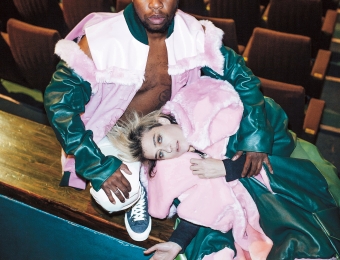 AV: In terms of building a career as an independent fashion designer from Eastern Europe, what are your pro tips?

KK: It is pretty much being poor in a poor country until you are not that poor anymore. I have been making collections for about ten years now, and I can honestly say I am only now starting to make some money out of it. I guess the best tip is to take part in as many shows and competitions as possible and never give up, because that is the only way to achieve success.

AV:  What are the reasons you haven’t moved on to one of the big fashion cities?

KK: Mainly because I wanted to get my Bachelor’s degree from the Estonian Academy of Arts. Now that I have it, let’s see where the Master’s degree will take me. I might be living in some other city as early as this autumn.

AV: Who is your typical customer?

KK: I am very happy to say that I don’t have a typical customer. Every time I meet with a new customer everything starts all over. It is astonishing how many different approaches I have to take with my customers. With some, I don’t even have to meet with them; we can decide on a sweater just by talking online. With others, the designing process can take many days and multiple meetings. This is something that I really enjoy and something that makes life exciting.

AV: Do you have any kind of manifesto?

AV: Why is Estonian fashion so timid? Is something wrong with the design education?

KK: The main thing is that Estonian fashion is influenced by Estonian society. The fashion designers are afraid to be different because they are afraid to be laughed at. Also a big influence is maybe the thought of losing money by thinking out of the box.

That being said, there has indeed been something wrong with Estonian fashion design education. In my opinion, it wasn’t taken seriously for many years. I am happy that there was a long-needed change in the head of the fashion design department. I can’t really say from my own experience as the changes were made when I was in my final year, but from a distance the changes seem to be going in the right directions. It will be interesting to see what will happen in the future.

AV: Your items are one of a kind pieces; they are basically art, not just something to wear. Have you ever thought of crossing over to the art scene?

KK: For me there is a fine line between fashion and art, if there is one at all. I love how in Estonian there is a separate term “fashion artist” in addition to “fashion designer”. I have always considered myself an artist rather than a designer.

In 2017 I started to number some of the sweaters I had knitted, my favorites, to celebrate their uniqueness and make them into collectors items. There are only a limited number of sweaters I will be able to knit in my lifetime and I have accepted this.

I also find the classic catwalk fashion shows quite boring and outdated. Recent exposure to different forms of presentation left me wanting to do more performance or happening types of shows.

AV: The trending places are Tallinn, London, Stockholm, etc. Are they trending in a way that gives you power and recharges your creativity?

KK:  Last year was full of projects and I feel blessed that I have had so many inspirational, recharging moments.

AV: Can fashion be truly empowering or is it always just smoke and mirrors?

KK: I can see right through this intriguing question. To answer it correctly one must understand the difference between fast fashion made for the masses just for money. and fashion that is made in smaller quantities that has more purpose than simply covering your body. This is fashion that can influence or even change lives. In that sense, of course, fashion is empowering.

AV: Is it possible to reclaim fashion, at least on a personal level?

KK: Sure. It is just a matter of people not being lazy, and opting to do the right thing, not whatever is fastest and easiest.

AV: Which moments of your life have defined your creativity?

KK:  I have thought about this a lot recently and I see a pattern of pre-2015 design and post-2015 creations. It has to do with coming out of a long-term relationship and moving to Sweden right after that. There was complete and utter freedom, growing up, getting to know myself and understanding my boundaries. It was also a time when I started to work with cliché and realizing I myself was the biggest cliché. This really helped me to get rid of the fear of being different.

AV: What are your pet peeves when it comes to contemporary mainstream fashion?

KK: My partner and I have a game while traveling in which we figure out what is in and cool at the moment in that part of the world. It’s amazing to see all of these manipulated little robots walking around. Cropped or rolled up jeans in the midst of snow: not cool!

AV:  What do you miss most from your childhood?

KK: I don’t miss my childhood. I have never been happier than I am right now.