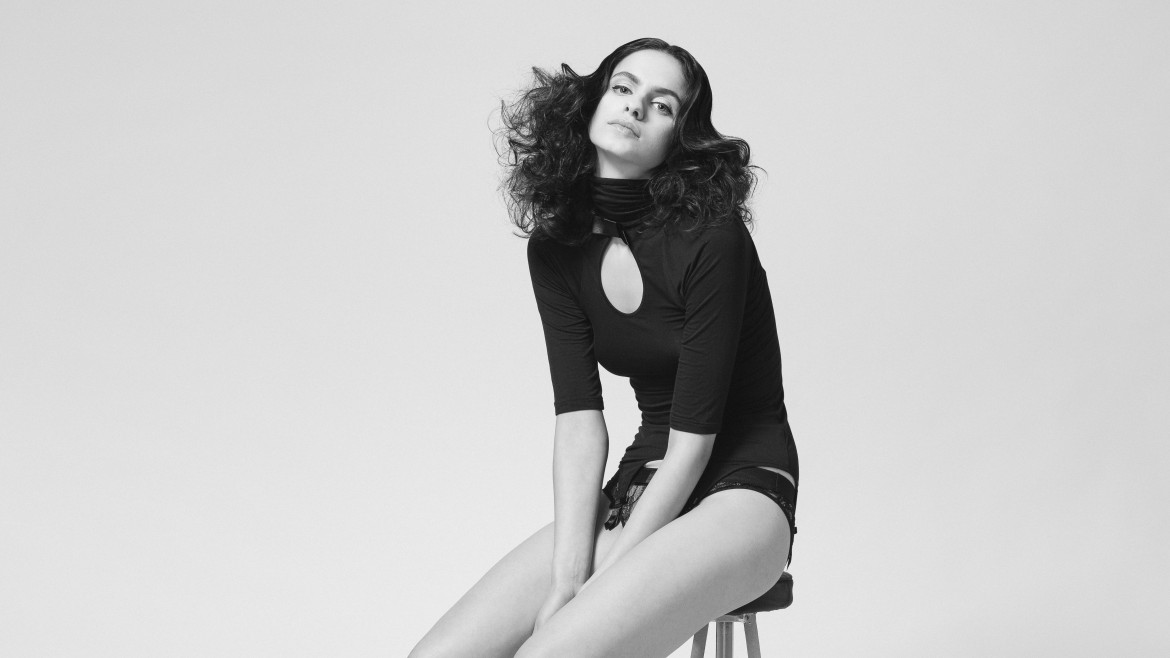 An Estonian designer without black bread?

Looking around, it seems that there are Estonians in every harbour of the world. Or at least in every big fashion house. Unlike many other cultural areas, design generally does not need translation. A young designer of a small East European country can thus rejoice about the opportunities offered in today’s world: you can work anywhere, including at a big fashion house, as quite a few people have demonstrated. The Internet makes it easy to communicate with family and friends and the postal service is quick, so a loaf of black bread from home can be posted every day. Long live the 21st century and the European Union!

The question, however, is what are we supposed to do here in Estonia with the work of these artists scattered around the world. Should we see them as Estonian designers, and in what ways? It is of course naïve to hope that their work reflects granny’s mitten patterns or national handicrafts. What links them, besides their country of origin? I will try to point out some common features in the work and work process of Estonian designers operating abroad on the basis of media coverage, and the designers’ own opinions and work. 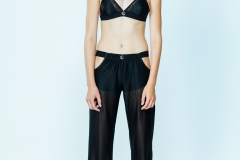 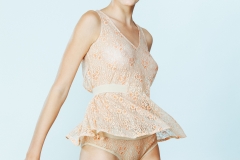 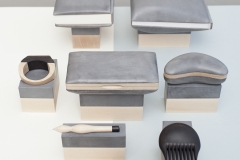 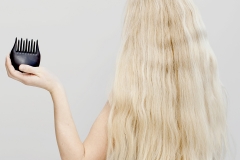 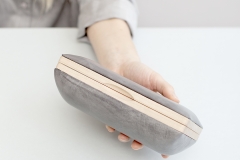 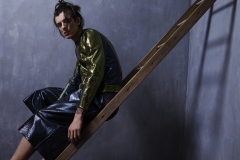 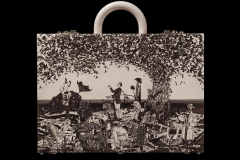 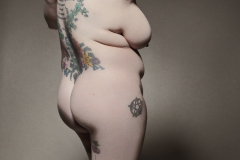 This is a tale of a young and talented East European designer who has been lucky enough to have a career abroad and is now enjoying her dream life, like Cinderella. The Estonian accessory designer Mirja Pitkäärt works at the Louis Vuitton fashion house. “My journey has, in a sense, been rather random; years ago I would never have imagined that I would ever be doing what I am doing now. It has probably been the natural course of events,” says Pitkäärt about her magical job in the most haute couture fashion house1. The fashion designer Kristian Steinberg, who has her own trademark in London, mainly recalls Estonia as a place where “the dominant colourless-grey shades were somewhat oppressive, and more vibrant ideas had to be kept to yourself.”2 London, however, is a city that seems to ooze inspiration and openness to new ideas; for a designer it is a true Cinderella castle. There are no Estonian designers born, as happens in Italian fashion dynasties, in the midst of luxury fabrics and who inherit the job of fashion designer together with the label.

Cinderella, of course, was not only lucky, but she also worked very hard and had a sense of responsibility. These characteristics often crop up when talking about Estonian designers. Hans Henrik Vallimäe Schwarz, Roberta Einer and Äli Kargoja, who have all worked in big Parisian fashion houses, mention in interviews that “Estonians are very conscientious and never rebel.” Äli Kargoja recently introduced her own brand, August. She finds that Estonians take their apprenticeship in famous fashion houses very seriously: “I am grateful every single day to be able to do this. Parisians are more relaxed about it.” Estonians turn up at the start of the working day, whereas the French like to sleep longer and enjoy their coffee at leisure.3 In order to manage in expensive Paris, people often have several jobs and live in cramped flats, but that does not matter: tough Estonians survive.

Tanel Veenre, who organised an exhibition of Estonian fashion called Kaamos, said that the common feature of Estonian fashion designers is their “good handicraft skills, which is no longer that relevant in fashion schools elsewhere.”4 He emphasised this when writing about the work of the accessory designer Oliver Ruuger, who works in London, using words such as ‘quality’ and ‘old-fashioned handicraft skills.’5 Hans Henrik Vallimäe-Schwarz, currently at the Kenzo fashion house, stresses the technical foundation acquired at the Estonian Academy of Arts.6 The fashion journalist Anu Merila claims that an “Estonian designer does not just produce ideas, but is also able to realise ideas: a skill quite rare in the world of fashion.”7

Several Estonian designers operating abroad with their own brands have proved their trust in local handicraft skills by bringing their production back home. For example, there is Kristian Steinberg, who designs men’s clothing, and the lingerie designer Kriss Soonik.  Production in Estonia is a significant factor that keeps our citizens of the world of fashion design in touch with their homeland. “I have often said that if I had transferred the lingerie production out of Estonia, I would be elsewhere as well, and who knows how frequently I would come to Estonia,” says Kriss Soonik.8

A common negative feature of Estonians, according to Kriss Soonik, is diffidence in selling their work. “Promoting and selling their names and products is one of the most difficult things for Estonians. I am not comfortable with this either, as I regard myself as a modest person, not at all pushy,”9 says the lingerie designer. In order to attract attention, you must however sell, be pushy and make an effort. Soonik advises learning from professional salesmen. Indeed, there is a marked difference between Kriss Soonik’s active sales work in social media, where her trademark’s Facebook page has new offers almost every day, and the tranquil and static social media pages of some designers at home.

Dilemma: should clients be offered some black bread?

Some designers operating abroad have turned the above-mentioned Estonian characteristics and Estonia as a whole into a significant part of their brands. The Fashion Innovation Agency in London, for example, writes about Oliver Ruuger’s bags and umbrellas, which, besides experimenting with various techniques and form, aesthetics and functionality, are also characterised by ‘a high level of multidisciplinary craftsmanship’ (translated into Estonian media language: ancient handicraft skills passed on from generation to generation). “Oliver hails from the small island of Hiiumaa (which translates as ‘land of the mischievous spirit’), off the coast of Estonia,” writes FIA. “This background laid an early foundation for appreciation of craftsmanship and a deep affinity for material, growing up in a fishing village and working with his hands daily.”10 Kriss Soonik, on the other hand, warns that being Estonian is not the only thing needed to conquer the world fashion market: “Think about if you remove the word ‘Estonia’, what remains. This is what you can sell abroad. It is perfectly fine if you later, at some PR moment, add a bit of Estonian background, but this cannot be the main thing to use when you want to make a hit and capture the world.” 11

So, how can you be an Estonian designer without black bread? Although the work and ideas of all designers operating abroad are highly different, it is nevertheless possible to find some common features. In a cultural programme on Estonian television12, Kristian Steinberg claimed that being Estonian was, after all, an inner issue. As long as he remains interested in Estonian matters and speaks the language, he hopes to be accepted as an Estonian designer. Why should we argue with that?

Kaarin Kivirähk (1993), graduated from the University of Tartu as a historian in 2014. Her graduation thesis dealt with the topic of fashion; she writes for the journal MOOD. Since autumn 2014 works as a newsletter editor at the Estonian Center for Contemporary Arts and studies culture theory at the Tallinn University.

Mirror, Mirror, on the Wall, Who’s the Coolest of them All?