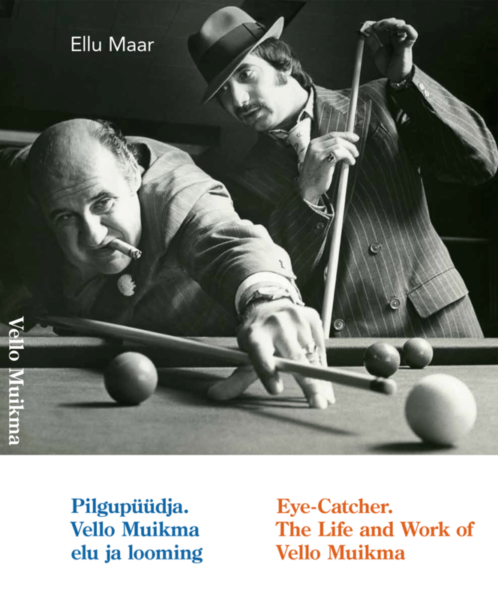 Eye-Catcher. The Life and Work of Vello Muikma

Eye-Catcher. The Life and Work of Vello Muikma, written by the art historian Ellu Maar, follows the Estonian-born photographer Vello Muikma’s (1920–2008) story of emigration to Canada, his finding a place and an occupation in the new society and his subsequent successful career as a commercial photographer and university teacher. The book is richly illustrated with photos from his family albums and his professional portfolio, giving a visual overview of his life and times. The seductive imagery he shot for the booming advertising industry of the Sixties makes it evident how much life in the West differed from that in Soviet Estonia.

The book is a follow-up to the Estonian Museum of Art exhibition Photography from the Estonian Diaspora, which Ellu Maar organized together with Eha Komissarov in 2010, and which was motivated by interest in the photographic legacy of Estonian émigrés in Canada, Sweden and elsewhere in the Estonian diaspora. Another interesting result of this project was Marko Raat’s 2015 documentary Fast Eddy’s Old News, about the life and slow death of the freelance cinematographer Ed Vaar, which gruesomely dwelt on the lingering moments before his death.

Canada was one of the main destinations for those Estonians who decided to emigrate in the face of Soviet occupation after the Second World War. With the current refugee crisis looming over Europe, it’s worth the effort to think back on the past and what it meant to build a life in a new country. The story of Muikma, who was one of the central figures in the Toronto Estonian community, gives us a better understanding of Estonian émigré culture and adds another piece to the visual legacy of the post-war Estonians living in exile.