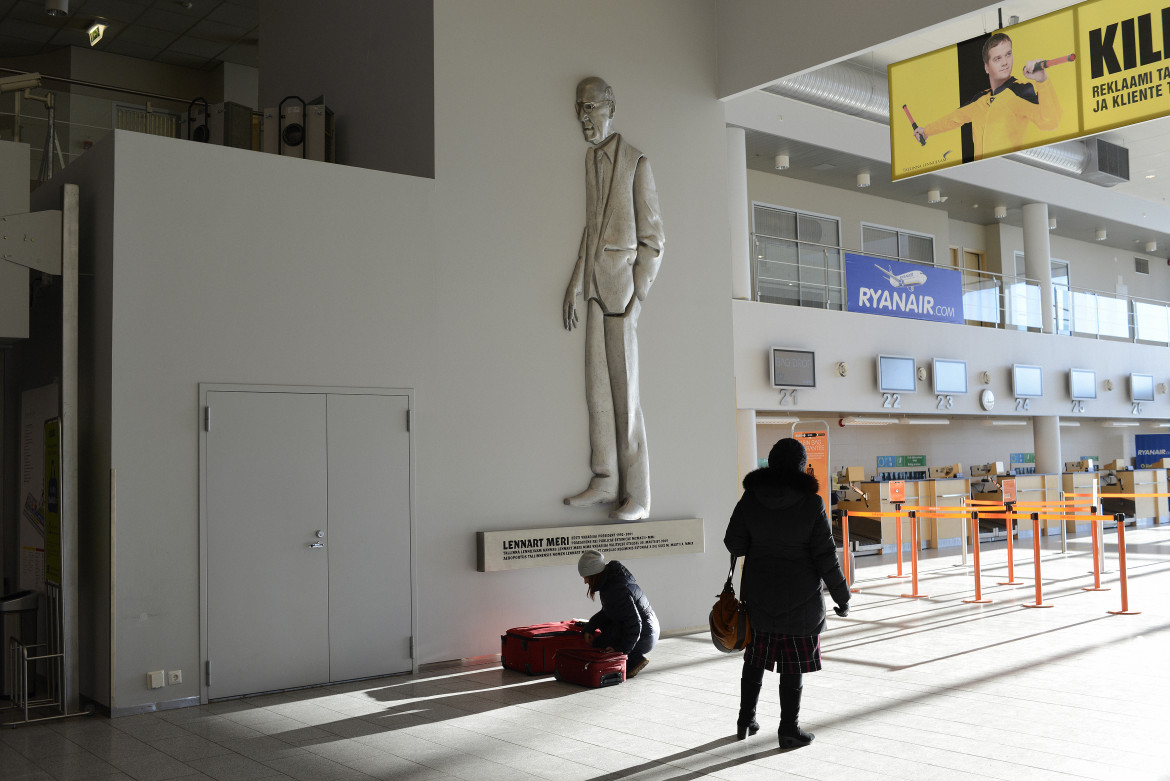 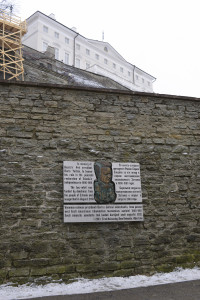 After Estonia regained its independence, the sculpture of public places was involved in politics quite intensely: from the end of the 1980s onwards numerous War of Independence monuments were restored across the country. However, as time passed, the effort diminished. The commissions and initiatives concerning public space in the 21st century mainly deal with generally renowned cultural figures (many from the period of the first republic in the 1920s and 1930s) or objects without any cultural history associations. There are two exceptions: the bas-relief of Boris Yeltsin by Ernst Neizvestnyi and Rene Reinumäe in Tallinn, dedicated in 2013, and Mare Mikof’s bas-relief of Lennart Meri at the Tallinn airport, completed in 2008.

The bas-reliefs of Meri and Yeltsin were both set up to honour them for their contributions to the restoration of Estonian independence. The Yeltsin sculpture was financed from the marketing budget of a company owned by the Estonian state, i.e it is an expression of national memory politics; the second was possible only thanks to private donations, i.e. it constituted the decision of one memory group to match the public space with values shared within the group. The Yeltsin bas-relief evoked much livelier public discussions: nobody directly opposed commemorating Meri, although the family had previously resisted the plans to erect the Meri sculpture at Iceland Square, where a sculpture of Lenin had stood until 1991.

The Meri bas-relief caused various reactions, e.g “looks like a caricature by Gori” and “too hunched; I certainly can’t remember him like this”¹. The overwhelming opinion was that there was no problem with having a monument to Meri, but that the artist had made it too small. One person² complained that the artworks (besides Mikof’s work, the airport also has a Peeter Lauritsa wall panel) had been placed in a remote corner of Tallinn, where many people would miss them, i.e. the commemoration had not been carried out properly. The Meri bas-relief is also a symbolic monument to Estonia’s independence, as he was the first head of state after the restoration of independence. The location at the Lennart Meri Airport is also symbolic: the airport is a gateway to the world, a symbol of opposition to the formerly closed borders, as well as a litmus test of Estonian development. The Western-style naming of the airport after a president was in fact the monumental part of the whole undertaking, whereas the bas-relief is just an element in the process. In addition, it was Meri who gained a firm place in the history of Estonian media by once giving a press conference, on his return from Japan, in a dirty toilet of the Tallinn airport. 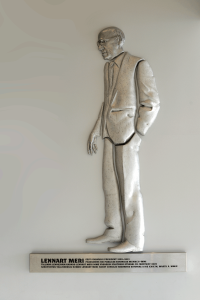 Bas-relief of Lennart Meri by Mare Mikof at the Tallinn Airport, 2008

However, Meri was not the first Estonian head of state to have a monument in a public space, although he will probably be the last for a long time to come. The previous monument was devoted to Konstantin Päts, dedicated in 1939 in Tahkuranna, his birthplace. The sculpture was demolished the following year and it was only restored in 1989, at the start of the ‘post-disruption era’. Latvia, on the other hand, erected a bronze sculpture of their first head of state, Kārlis Ulmanis, in Riga in 2003, an act that would seem unthinkable in Estonia at such a late date. Although the culture of disruption was largely based on idealising the first republic, a process which continued in the early 1990s together with the restoration of sculptures, it quickly subsided in Estonia and, besides being the first president of the republic, Päts also was involved in carrying out an authoritarian coup d’état.

This discourse has now been replaced by the idea of Estonia as a decent little country with low public debt and a balanced budget, goals that Meri had in mind. It is therefore not in the least surprising that Meri and the beginning of the independent republic are still very much appreciated and visible in the current national memory. Besides, in the context of Estonia’s parliamentarian republic, Meri was a remarkable phenomenon; an equivalent figure did not emerge during the regaining of independence in Latvia or Lithuania.

Erecting the Boris Yeltsin bas-relief in the capital of the Estonian Republic, however, is quite another matter. Part of the society saw this as a bow to Russia, but it is one of the very few artworks in public space in the country that shows Russia in a positive light. At the same time, the artwork does not signify approval of all of Yeltsin’s politics, but just the part that helped Estonia to regain independence. It is not a monument to Yeltsin, but something far more narrow.

The thirty-nine businessmen and public figures who initiated the bas-relief called their undertaking a civic initiative. The Estonian ethnologist and memory-researcher Ene Kõresaar defines collective memory as the representation of the past of a certain collective. “A constant dialogue between different times, realities, systems of experience and interpretations takes place in collective memory,” writes Kõresaar³. The Yeltsin bas-relief indeed clearly demonstrates an act of representation of the past of a certain group: the group’s idea of history is harmonised with the public space. As it hovers on the margins of national memory politics, it is allowed, especially since the work was financed through private donations.

Marek Tamm and Saale Halla have written that a memory collective gathers around one or two founding episodes, while other events are forgotten or ignored on purpose or unconsciously4. One such ignored episode in the case of Yeltsin is the invasion of Chechnya in 1994, and for that reason the local Chechen community, more specifically the representative of the Chechen Republic of Ichkeria in Estonia, Imran Ahhajev, protested against the monument.

Jaanur Piirsalu, however, emphasises that Estonia is probably the only country in the world that has memorial plaques to the leaders of both sides of the first Russo-Chechen war: there is a plaque in Tartu honouring the one-time president of Chechnya, General Džohhar Dudajev.5 Piirsalu adds that Yeltsin is not popular in Russia, as for the Russian people his reign calls to mind poverty and misery. In the context of restoring Estonia’s independence, these are marginal phenomena, at least from the Estonian perspective. The Yeltsin memorial plaque reveals a certain shift in attitudes towards public spaces, finding space for more ambivalent phenomena; so far this shift is evident only in the Yeltsin bas-relief.

On the whole, both the Meri and Yeltsin bas-reliefs constitute an hommage to Estonian independence, representing the mainstream of national memory politics, as well as fringe areas.

Kadri Veermäe (1985), studied ethnology and art history at the University of Tartu, finishing her MA. Currently works as editor of foreign news in Postimees paper.