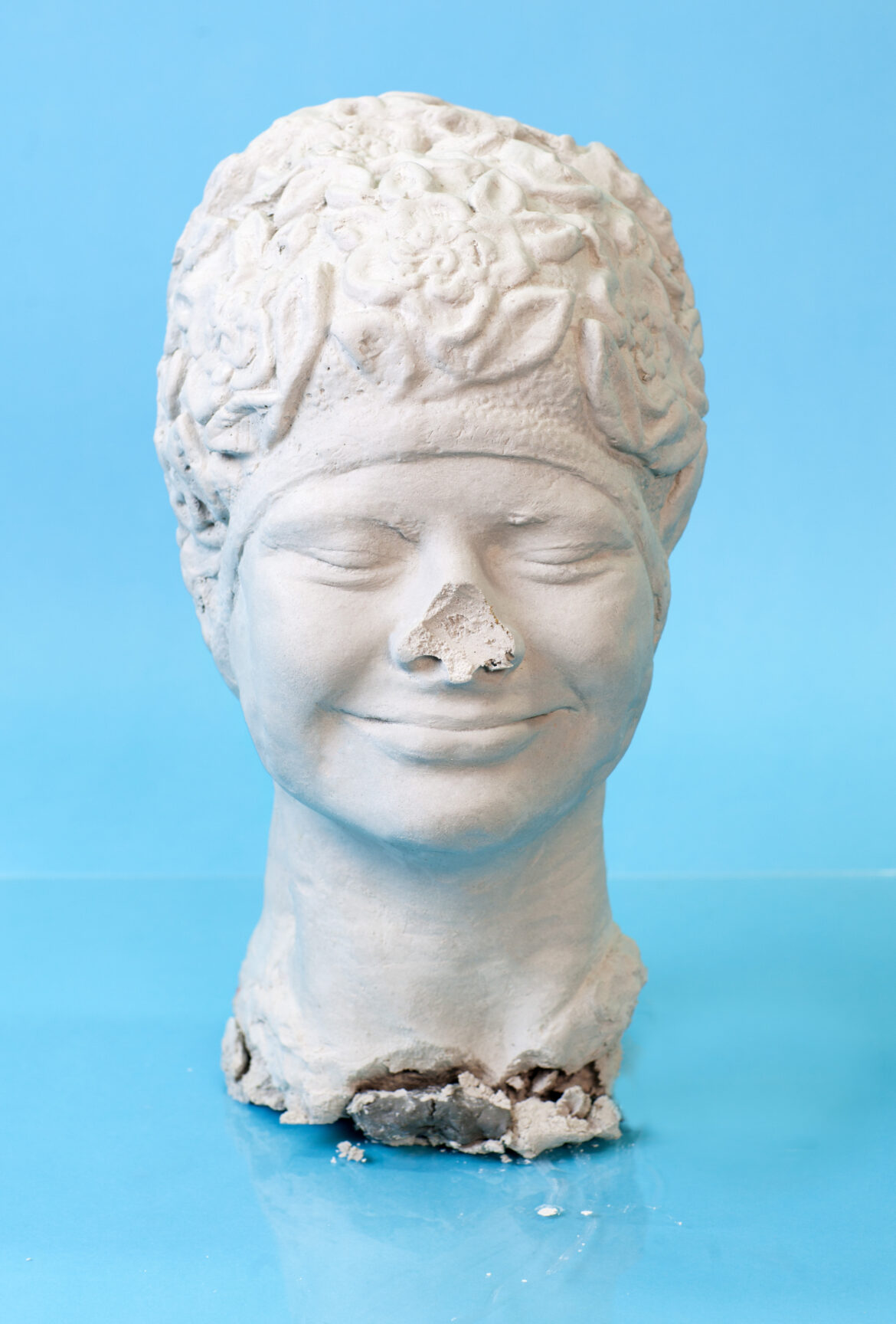 Turning On the Peripheral Vision

In the exhibition Wunderkammer, curator Šelda Puķīte explores the curiosity of contemporary artists, looking into their collections and proposing new affinities between them. We met and talked about the role of the image and collections in shaping and capturing the world for us.

The exhibition Wunderkammer is part of the international contemporary art event Riga Photography Biennial 2020 and is conceptually related to its focus—the archaeology of reality, which studies both the layers of our past to reveal new visions and perspectives of today as well as the legacy of the digital era. Wunderkammer is featuring works by Andrés Galeano, Flo Kasearu, Margit Lõhmus, Visvaldas Morkevičius, Jaanus Samma, Joachim Schmid, Iiu Susiraja, Diāna Tamane and Rvīns Varde.

It’s 2020 and you’re curating an exhibition on collecting as an artistic practice, referencing the tradition of cabinets of curiosities. Why now? Do you feel there is something peculiar happening with curiosity nowadays?

ŠELDA PUĶĪTE (Š.P.): I was triggered both by a sense of the overproduction of images and information that we live in and also that this theme reflects what artists are doing right now, what they are interested in. Although it is nothing new, it still happens more and more often that artists choose to work with vernacular photography, found images, sourcing from flea markets or random family albums. I think with all that digging we are trying to understand how the world looks right now and what can we say or understand about it through our selections. Nowadays, it is no longer museums as cabinets of curiosities, but it’s the image and the collection of images that try to capture what is precious for us or what we are trying to deal with. An image has become the cabinet of curiosity.

Yet, at some point, we slide from the world of images into the world of objects. An exhibition exists in a realm of objects, and an image even if found on the internet becomes an object once brought into the exhibition space. Why is the realm of objects still important for you? Why will your cabinet of curiosities still be exhibited in the museum space, and not let’s say your Instagram stream?

Š.P.: I still like to do exhibitions in the real, physical space. Partly because of inertia—I’ve been interested in exhibitions and thinking about them for such a long time. And for me—I hope artists won’t kill me for saying—it’s a bit like a doll’s house, it’s my Wunderkammer. Every exhibition is my collection, it’s not a collection to keep, but I can play with it, not only showing separate artists’ works but also letting them intermingle with each other, thus changing or even making up the stories I tell through that. Just like in the tradition of the cabinet of curiosities, where how the collector narrated it became an important element.

Do you focus on the collections of images in this exhibition?

Š.P.: For me, it doesn’t matter; for me, everything is an image. One of the artists in the exhibition who represents that very well is Flo Kasearu with her Flo Kasearu House Museum. It has become the concept of a living artist’s museum and it explores what that actually could be, how it could grow, combining both Flo’s works, works by other artists using the house as a residency or just as a place to visit, for collaborative works, mythologies around the house that had existed for years or have been created by Flo, or the dead plant collection, all of it is a constantly growing collection, like a landscape which becomes more and more dense with information.

In the Wunderkammer exhibition, Flo Kasearu’s collection will gently overtake the exhibition, in a way. The building of the Latvian Museum of Photography, which is an old merchant’s house more than four centuries old with beautiful wooden stairs, is reminiscent of some old imagined home. So, I decided to invite Flo to treat it as her house, to act as if the works of other artists also became a part of her collection.

Looking from today’s perspective, we are critical of the tradition of cabinets of curiosities because of its colonial baggage: a privileged class collecting and interpreting the cultures of others. In Flo Kasearu’s case she is mapping and interpreting her own world, how is it with other collections that you show?

Š.P.: Another Estonian artist that we’ll be showing, Jaanus Samma, is also kind of reflecting
on himself but at the same time commenting upon wider, sensitive topics: identity, masculinity, sexuality. He revisits his childhood memories and collects reproductions from art and other books that have at least partly shaped him as an artist. And he reuses them as toilet posters. They will also be exhibited in the museum toilets, both male and female, which are still separated in Latvia.

Having them exhibited in toilets brings in a much wider context, not only because it is a very private space, but it is also very connected to questions of sexuality and especially homosexuality. Toilets have long since been places of communication—where one can leave messages by writing or scratching on the wall, staying anonymous or directing the message to a specific person. And for gays, when it was illegal to be who you are, toilets also became secret meeting places. Therefore, although a personal collection, it brings in wider themes.

But there will also be other works in the Wunderkammer that are looking at the habits
of others and not so much at the self. Both Joachim Schmid and Andrés Galeano are interested in anonymous crowds—in what they are interested in and how they depict the world in their everyday practices. And artists with their selection of images that are created by others, suddenly point at some kind of pattern, almost an archetypical view of the world. We might think that we are so special and different, while through their collections you realize that you’re not that different at all, many things we do are just the same as everyone else; we are unknowingly trained to look at the world in a certain way and when we pick up the camera and photograph something, we do it in a very similar way. Nowadays, Instagram is a good example of this—there are a lot of identical images.

Let’s do a thought experiment! Your Wunderkammer containing all these collections that interpret the lives of artists themselves or the lives of others, is discovered in 1,000 years by a yet unknown civilization and it is their only source for getting to know us, can you try to imagine what the story is that you are telling them with this exhibition?

Š.P.: Although it is only a microworld that I have built, I wouldn’t mind someone rediscovering it, because I think it actually tells a lot. It talks about all kinds of weird habits that we have; for example, collecting. As in Schmid’s case, collecting images of popstars and not only collecting but then afterwards personalizing them. In Schmid’s collection of photographs found in Portugal, there has been someone who not only collected images of celebrities but coloured their lips and nails with a bright red colour. There is this curiosity about a person we don’t know that suddenly electrifies the work.

Another feature I hope will be appreciated is humour. Iiu Susiraja very bravely, I’m actually angry every time I have to say ‘very bravely’, but still, in a sense very bravely uses herself as a model and puts herself in curious positions talking about the stereotypical female world and domestic things in a humorous way with often alarming weirdness.

Or Rvīns Varde, whose photographs will be exhibited for the very first time. He is at the moment more known as a writer. Varde photographs birds in the parks and graveyards of Riga, and that seems to be something exotic, something that is expected to live in forests or maybe even different geographical zones. We are knowledgeable about the pigeons or crows and sparrows that we are used to seeing everywhere, but there are also other beautiful creatures near us.

When we go to exhibitions, we experience the space and the works in a very narrow, I would say, horizontal perspective. Sometimes there are artists who put works in unexpected places and only from the description do you realize that you have to find a little rainbow somewhere in the corner. For Rvīns Varde’s works, we will also be placing photographs of birds somewhere high up or very low down where you might not notice them immediately. This will be done to point out that we actually see the world most of the time through a very small frame, almost like looking through a camera lens. We are not using our peripheral vision.

Is your exhibition also a statement about museums as the official heirs to cabinets of curiosities?

Š.P.: Not necessarily. But there were a lot of influences that led me to the Wunderkammer exhibition. And the very first trigger was when I was still working at the Latvian National Museum of Art, and in the collection there were always those little things that no one knew what to do with—a little sculpture of a mouse or a death mask or many others. Except in grand retrospectives of particular artists, it is very hard to put those objects in any reasonable context. So, while working there I was thinking that I should make an exhibition of curiosities using only those objects. There are objects in collections that are interesting, not because they are precious but because they are not appreciated. I haven’t done it yet, but that idea helped me to develop the Wunderkammer exhibition. Although I do plan to return to the original idea as well. I want to switch on our peripheral vision with respect to museum collections. 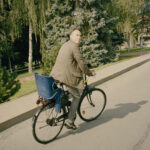 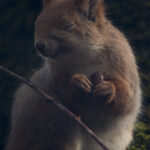 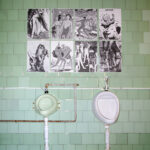 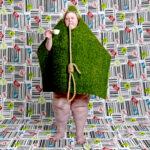 ZANE ZAJANČKAUSKA (1984) is a curator and author who lives and works in Riga. Her recent curatorial work includes the exhibition “Just on Time” (Museum of Decorative Arts and Design, Riga), the public programme for the Riga International Biennial of Contemporary Art, and the exhibition You’ve Got 1243 Unread Messages (Latvian National Museum of Art).