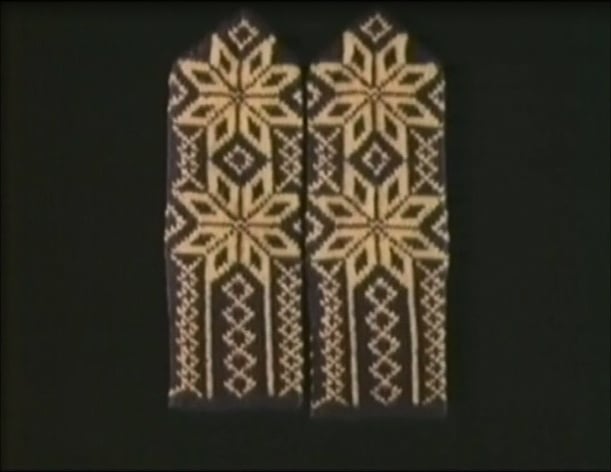 Tõnis Vint (b.1942) is a legendary figure in Estonian art of the second half of the 20th century. From the late 1960s on, the works of Vint, as well as his original concept of art, had an important impact on many generations of Estonian artists, designers and architects. Tõnis Vint is primarily known as a graphic artist and designer: his works, which synthesise contemporary pop art and conceptualism with various old esoteric traditions and oriental symbolism, have renewed the language of local graphic art and graphic design. However, Vint’s aspiration to create harmonious visual structures has also been realised in projects that go beyond the two-dimensional nature of graphic arts. He interior designed two flats he has lived in and once devised a remarkable stage design. After the restoration of Estonian independence in 1991, he suggested visions for the redesign of urban spaces in Tallinn.

Since the late 1960s, relying on his on-going research of artistic and philosophic traditions of various cultures and periods, Tõnis Vint has consistently worked on a theoretical and methodological framework: a conceptual platform for the interpretation and synthesis of all kinds of visual phenomena. This concept deals with visual images and sign systems, from America to Australia and from the past to the present, focusing on “proto-images”, which Vint himself interprets as universal cosmological and cosmogonic symbols.

Starting in the 1970s, Vint introduced his understandings in articles and, indirectly, in graphic design. With the help of carefully chosen visual materials, he has constructed an additional informational layer hidden in the seemingly neutral design of publications. Thus, he created a sort of palimpsest in the design of the collection of articles Teadus ja tänapäev (Science and Today, 1979, Academy of Science of the Estonian SSR), basically hijacking the whole publication. Alongside contemporary scientific photos and illustrations, Vint placed numerous reproductions of ancient artefacts, and of Renaissance, Modernist and contemporary artworks. These were somewhat independent of the text, although they were cunningly fit into the theme of the corresponding chapter of the book. For example, the Universe chapter was illustrated, in addition to astronomical photographs, by numerous images that introduced concepts of the Universe from different periods in history, e.g. the Aztec Sun Stone and the Cartesian model of the Universe. Ignoring the text and focusing on the visual part of the book, the reader was exposed to a consistent visual narrative linked to Vint’s ideas.

Tõnis Vint’s method of demonstrating his theories in graphic design is based on visual analogies and was intended to function even without verbal comments. This attempt to create purely visual, “silent” art history can be compared to Aby Warburg’s iconological study of “migrating images” and his Mnemosyne Atlas (1924–1929) project. Although Vint was not acquainted with Warburg’s writings, there are several common features in their approaches: the ‘anachronism’ in the conceptual juxtaposition of images of different periods, as well as involving not only pieces of fine art but also other objects of visual culture. Vint’s non-hierarchical approach to visual objects was quite ahead of its time, especially in the context of Soviet art. In Western humanitarian disciplines, it became topical by the 1970s, when Warburg’s concept was revisited and broadened by scholars of visual culture studies and Bildwissenschaft (Michael Baxandall, Hans Belting, Georges Didi-Huberman et al.). But what makes Vint’s approach particularly interesting is that he proceeded from his practices as an artist-researcher and not from a traditional academic background.

Vint’s artistic method, which combines contemporary art forms and scientific concepts with older, Western and Eastern, traditions of visual culture and mysticism, strive for an almost transcendental synthesis that is meant to exist beyond time and history. Nevertheless, the artist performs within the system he constructs without any sense of controversy, viewing his activities as parts of an all-embracing knowledge. While proceeding with his artistic research, Vint notably has summarised the outcomes in the form of elaborate theoretical charts. Those have been used as pedagogical tools to introduce, explain and illustrate his ideas. Cast in a primarily visual form, the charts suggest diagrams that in the universalist spirit of modernism strive to embody a total knowledge that embraces art, society and the world. Although Vint started to produce an independent series of theoretical charts in the 1990s, the described “diagrammatic” approach can even be found in his earlier graphic designs and illustrations.

Still, the theoretical charts were merely a series of static images. The remarkable “medial shift” in Vint’s practices took place in the documentary The Belt of Lielvārde (1980, Riga Film Studio). It was made in cooperation with the Latvian film director Ansis Epners, with the concept and visual materials provided by Vint. The documentary highlighted the parallels between the ornaments of Baltic countries and the sign systems of other cultures, stressing the ability of ornaments to express universal processes: for example, the harmonious consistency of the world coded in the image-symbol of the mandala and similar visual structures based on central symmetry. Seemingly neutral, eternal issues were dealt with at the time through Estonian and Baltic ethnographic heritage, which supported the local national identity. Vint’s ideas, expressed throughout his work, covertly counterpoised the cultivation of national self-awareness against the threat of Soviet assimilation, and were a part of the national awakening of the 1980s. The hypothesis introduced in The Belt of Lielvārde was later presented in exhibitions, in the form of theoretical charts, and published in the press. Tracing possible connections between Estonian ethnic patterns and decorative patterns in ancient Celtic and Chinese cultures, it supported the Estonian national identity and alternative self-positioning.

Tõnis Vint interprets images as ideograms, claiming that complicated philosophical concepts can be expressed by means of images. The Belt of Lielvārde is the quintessence of Vint’s concepts: the documentary evokes the history of the images as an all-encompassing totality, where everything is interconnected. Here, the structural resemblance highlights the semantic analogy, proposing that similar ideas can be expressed in certain visual forms for example: a balancing of opposites in the universe, or the void as infinite potential. In this approach, some parallels with Aby Warburg’s Mnemosyne Atlas project can be found. The Belt of Lielvārde acted as a multimedia atlas, as it used cinematic language for the purpose of systematising and juxtaposing different images. In a very dynamic way it demonstrated via formal resemblance the conceptual similarity of various images by allowing them to melt or grow into each other. Theoretical arguments were almost fully replaced by suggestive visual representation, empowered by the technical means of cinematic montage. Philippe-Alain Michaud has described the Mnemosyne Atlas as the notion of “image in motion,” projection and montage.1

In Vint’s documentary we can see all of them in action, similarly to Warburg’s technique as characterised by Michaud: not an interpretation or analysis of the visual facts of the past, but the reactivation of the past through a re-presentation taking place on a stage. On the whole, not only The Belt of Lielvārde, but also other Vint practices can be seen as attempts at re-presentation, the re-enactment of the history of images the author believed to exist.

The text is partly based on the publication Elnara Taidre’s “Synthesis of Visual Art Forms as the Total Work of Art: The Case of Tõnis Vint’s Art Practices in Soviet Estonia,” Jagatud praktikad: kunstiliikide põimumised sotsialistliku Ida-Euroopa kultuuris = Shared Practices: The Intertwinement of the Arts in the Culture of Socialist Eastern Europe. Proceedings of the Art Museum of Estonia, 6 [11] 2016. Ed. Anu Allas. Tallinn: Art Museum of Estonia, 2016, pp. 111–139.

Elnara Taidre (b.1983) is an art historian, working at the collection department at the Art Museum of Estonia. Her research interests include modern and contemporary (Estonian) art and artistic mythologies in the visual arts of the 20th century.