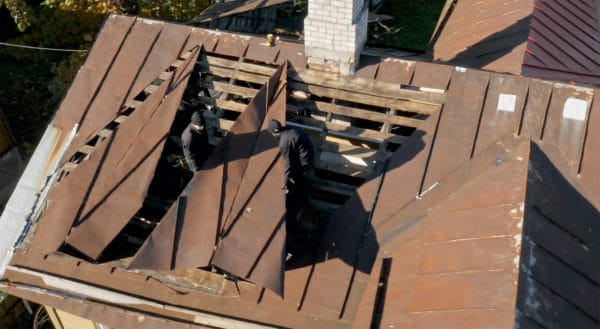 There and Back Again: Building a Collection Exhibition

Traditionally, Kiasma’s collection exhibitions have had thematic framings. In recent years, the starting points for exhibition projects have been, for instance, the contemporary portrait and how the concept of the document is approached by contemporary art. The tendency has been to emphasise new acquisitions, although with the addition of a few older works from the collections. In this vein, the There and Back Again exhibition can be seen as both a continuation and a small variant.

A feature that distinguishes There and Back Again: Contemporary Art from the Baltic Sea Region from its predecessors is the geographical emphasis: the focus was turned to the south and south-west of Finland, to the eastern Baltic Sea coast, where Estonia, Latvia and Lithuania are, like Finland, celebrating the centenaries of their independence. This geographical emphasis resonates with the collection policy set when the Museum of Contemporary Art was established back in 1991. Beside the museum’s focus on Finnish contemporary art, neighbouring countries were also considered important. As the Finnish National Gallery’s archives and library curator Maritta Mellais writes in the exhibition catalogue of There and Back Again, “The expression ‘widening circles’ was used in this respect to describe the weight given to various regions. The epicentre was in Finland and Finnish art, and the next ring was formed by art from the Nordic, Baltic and south-western Russian regions”. 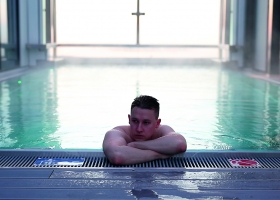 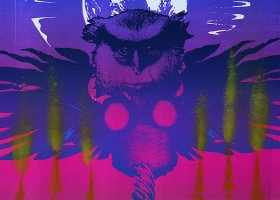 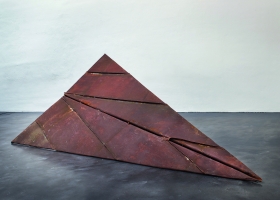 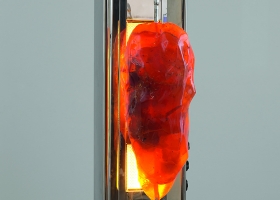 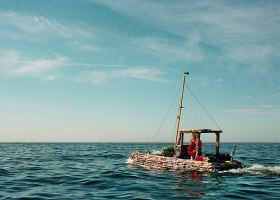 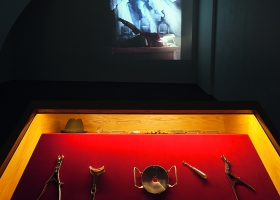 In short, the museum’s aim has been to build a significant collection of works, seen from the vantage point of a specific geographical location. This approach emphasises the importance of space and place in the creation of art, within the contexts of both collecting and exhibiting. It is also a way of re-addressing the imbalance between the world’s major centres of contemporary art and their margins, helping to ensure that art is not just seen vertically, through the lens of specific capitals of the art world and their histories.1The Polish art historian Piotr Piotrowski has proposed a horizontal view of art history as a replacement for the hierarchical Western perspective, which Piotrowski calls vertical. According to Piotrowski, the benefit of the horizontal perspective is that it offers a more context-sensitive frame of reference for art history, which pays more attention to the speaking subject: who is speaking, for whom and to whom? Piotrowski: “Toward a Horizontal History of the European Avant-Garde”, in European Avant-Garde and Modernism Studies. Ed. Sascha Bru & Peter Nicholls, De Gruyter, Berlin, 2009, 54–58.

The idea of widening circles became concrete in 2004, in Kiasma’s exhibition Faster than History: A contemporary perspective on the future of art in the Baltic countries, Finland and Russia.2The exhibition presented 20 artists from Estonia, Latvia, Lithuania, Finland and Russia. It was curated by Jari-Pekka Vanhala. Faster than history: Contemporary perspectives on the future of art in Baltic countries, Finland and Russia. Museum of Contemporary Art publication; 90/2004, Helsinki. In that exhibition, artists commented on their relationships with the recent history of the region, and on its reflections on the present day. The works were marked by the human experience and the similarities derived from it, despite differences in language, culture and history. The same themes are to some extent explored by the current collection exhibition, There and Back Again: Contemporary Art from the Baltic Region. This article analyses the thematic core of the exhibition: the topics of travel and migration, and issues related to identity, attachment and belonging.

As for the curatorial process, the exhibition’s theme started to develop through Jaanus Samma’s (b. 1982) The Chairman’s Tale, 2015. Kiasma acquired Samma’s Venice Biennale project NSFW: The Chairman’s Tale exhibition, the videos made with Marko Raat and Timeline and Showcase, with objects. As is generally known, this piece deals with the history of homosexuality in the Soviet era. From the perspective of the 2010s, the criminalisation of homosexuality appears cruel and absurd, yet at the same time here in Finland the debate about transgender rights is still ongoing.

Through Samma’s piece, identity became the central working theme. For a work that raises questions about identity, the video work Bubble (2017) by the Finnish artist Artor Jesus Inkerö (b. 1989) might at first seem superficial. It shows the artist swimming, hanging out in a hotel room and absorbed in perusing his mobile phone. The young man’s clothes are sporty and he is physically fit. In the video and the related self-portrait, the viewer sees a carefully constructed performance for which the artist spent countless hours sweating at the gym. His Bodily Project, which was originally intended as a brief experiment, has grown into an endeavour spanning several years. The formerly delicate art student has transformed himself into a muscular young man at home fluent in the language of bodybuilders. Inkerö, who is of non-binary gender, has carried out a comprehensive exploration of identity, examining the social construction of gender while also physically shaping it.

The name of the exhibition, There and Back Again, can be interpreted both literally and metaphorically.  An internal journey and a trip through the museum’s own history can be seen in the work of Tea Tammelaan (b. 1964), an artist whose work revisits the history of the Museum of Contemporary Art. In 1996, Maaretta Jaukkuri curated the exhibition Dialogues, whose theme was exploring viewers’ encounters with art. Included in the show, Tammelaan’s Beyond Roles (1992–96) had a strong interactive element: it was composed of diverse hats that museum visitors could try on. The artist hoped that, in doing so, viewers could discover hidden new roles or identities in themselves.3 Maaretta Jaukkuri, Dialogues:. The Museum of Contemporary Art Publications 36, Helsinki, 1996. A selection of these hats was bought for the collections of the museum, but this is the first time they are on display at Kiasma.

The theme of the journey can be approached through the work Uprising (2015) by Flo Kasearu (b. 1985). In Kasearu’s video, the viewer flies over the rooftops of Tallinn towards an old wooden house, whose rusty roof is being folded into aeroplane shapes. The title denotes revolt and rebellion but is also associated with elevation. The paper aeroplane shape recalls military threats, and Kasearu’s work as a whole has strong political undertones. The roof material that is being replaced also brings to mind ruins; it is simultaneously a testament to the past and a reminder of the impermanence of things.4 Brian Dillon, ”Introduction: A Short History of Decay”, in Ruins. Ed. Brian Dillon, Documents of Contemporary Art, Whitechapel Gallery & The MIT Press, London & Cambridge, 2011, 11.  In the work, the realistic and mundane setting and the passage of history intermingle with a surreal atmosphere and dreams of flying and departure.

The art world has changed since the early 1990s. Travelling and studying abroad are more and more common, and many artists divide their time between countries. This makes one think anew of geographical location. In her essay, the curator and critic Maija Rudovska ponders the exhibition catalogue: “Do young artists from the Baltic region consider themselves linked to a concrete space, whether geographical or mental? How important to them is an artistic environment and infrastructure? Is a sense of belonging important in the present day? Has it perhaps become a variable that must be adjusted and adapted according to need?”

The routes and the roots of art are not insignificant. To wrap things up, we would like to turn to one final piece: in the making of this exhibition, one material was particularly intriguing: amber. In Amber Kebab (2016), Maria Toboła (b. 1987) mixes diverse materials and meanings in a postmodern spirit. Here the kebab, a fast food popularised particularly by German Turks, is transformed into amber. For the artist, this work is like a trophy from an imaginary cooking competition: the poor man’s Michelin star. It is also a comment on a Polish debate, particularly addressing the nationalist faction, which has a problem with the great popularity of kebab restaurants. At the same time, it makes the viewer ponder what is actually genuine or pure. Often looking at something in depth will reveal its hybrid nature.

Toboła’s local version of kebab is made of resin dyed to emulate amber. Anyone who has travelled on the Baltic Sea coast will be familiar with various amber jewellery stores and their inviting signs, labelled Amber Queen, Amber Dreams and so on. Today amber is kitsch for many people, but over time it has been the subject of various legends, beliefs (amber has been thought to cure illnesses, for example) and merchants’ passions. An Amber Road similar to the Silk Road used to run south from the Baltic as early as the Bronze Age. These days amber is desired by the Chinese.

For researchers, amber presents a unique time capsule. As it slowly hardened on the sea bed, the material could trap insects, for example. In this way something fragile and ephemeral was preserved in golden amber. Perhaps amber is a bit like a museum. Peeking into the glowing time capsule is an exquisitely precious and – if we want to believe it – a healing experience.