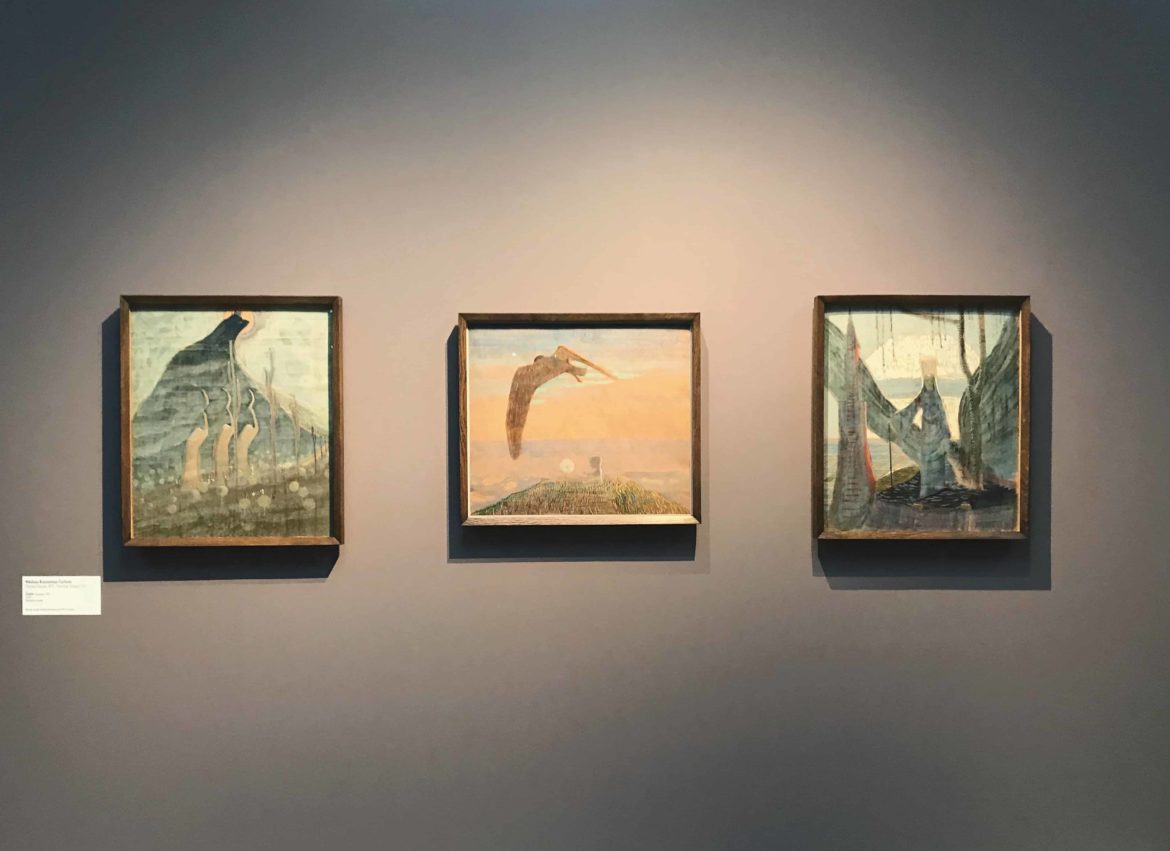 The Value of Wilderness

One hundred years ago, when the independence of the three Baltic States was proclaimed, who would have thought that in 2018 all three of them would come together in an exhibition at the Orsay Museum, in Paris. Not guessing, but affirming, that this must be one of the most expected events during the centenary of Latvia, Lithuania and Estonia, it has to be admitted that the exhibition “Wild Souls. Symbolism in the Baltic States” is indeed grand. It could even be recognized as one of the all-time internationally acclaimed representations of the essence of art in the Baltic States. A statement like this, most certainly, can bring up many questions. First of all – why is this exhibition so impressive and why can it be labelled outstanding, if the subject matter is not contemporary at all? Why is it happening in Paris? What is so symbolic about Baltic art? To find the answers to these questions, first we have to take a short tour of the past.

The castle of Orsay was built at the beginning of the 19th century, but burnt down in the primavera of 1871, when Paris was governed by radical socialists who were called La Commune de Paris. Around 30 years later, a train station, designed by the architect Victor Laloux, was built in the same place. It functioned successfully until the Second World War, and in 1975 the Administration of Museums in France decided that the modern architecture pearl could be perfectly set up as a museum, to host a great exposition, dedicated to the art of the second half of the 19th century. And, indeed, after the reconstruction of the train station, the doors of the Musée d’Orsay were first opened on 9 December 1986. Meanwhile, artists (and art historians, of course) in Lithuania, Latvia and Estonia were discovering new principles of national expressionism. In other words, new visual forms and expressions of national identities were being found. In 1937 the art of the Baltic States met in Paris for a joint exhibition at the International Exposition of Art and Technology in Modern Life (L’Exposition internationale des arts et techniques appliqués à la vie modern). What was the aim of this collaboration? To show the ideas of three independent nations and their self-aware art, as well as the ability to integrate their art into the cultural processes of Europe.

By taking all of this into account, the monumental historical evidence of Baltic art in Paris can be understood. The Orsay Museum is a globally important venue, a home of visual art masterpieces created more than a century ago. It is the perfect place for cultural fans of Paul Cézanne, Pierre Bonnard, Manet, and all the other masters. But what about the Baltics and, in particular, what about symbolism? To tell the truth, I am not an insider regarding the situation in Estonia and Lithuania, but it seems to me that when talking about this period of art in Latvia we don’t generally use the term symbolism. Mostly, the artworks of Janis Rozentāls, Vilhelms Purvītis and other territorial influencers are recognized as national romanticism or a local form of realism. 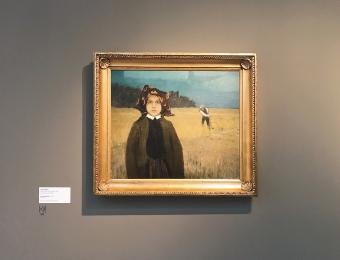 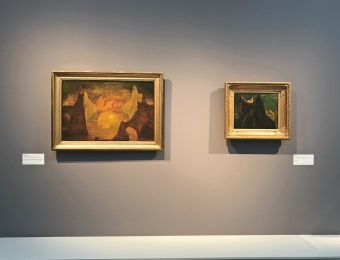 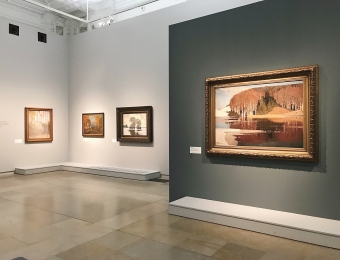 For example, “Young peasant girl” (around 1904) by Johann Walter, the painting chosen for the promotional materials of the exhibition, was not originally considered symbolist. In reality, it was never labelled or adjusted to fit any of the European or international genres. In fact, when I first started studying art history, Latvian art was highlighted as a separate style (influenced, of course, by Russian art, French Impressionism and German Realism), and Estonian or Lithuanian art – except for works by Konrad Mägi or Mikalojus Konstantinas Čiurlionis – was hardly even mentioned. I am not sure that this should be seen as arrogance or an urge to point out the differences between Western and North-Eastern European art. Rather, this peculiarity might be understood as a way of stressing the importance of these particular authors in the history of local art. Purvītis, Rozentāls and Walter, as well as Mägi and Čiurlionis, are where national symbolization begins.

And this is where we get to the use of symbolism as a descriptive term for Baltic art. The lack of usage of this term can not be blamed only on specific art history professors. Even the head of this project and of the Latvian Visual Arts Department, Ginta Gerharde-Upeniece, admitted that symbolism as a new form of interpretation was introduced by the general curator of “Wild Souls”, Rodolphe Rapetti. Rapetti is a French curator who is passionately interested in Baltic art, and is also one the most well-known symbolism researchers of the 21st century and the author of a number of prominent books dedicated to this topic. As an experienced curator, Rapetti decided to use this exhibition as an illustration of the complex history of the Baltics as a whole and of each of the states individually. He emphasized the most obvious differences, such as language, and pointed out hidden similarities, such as myths and legends, souls and nature. These are also the three conceptual parts into which the exhibition is divided. 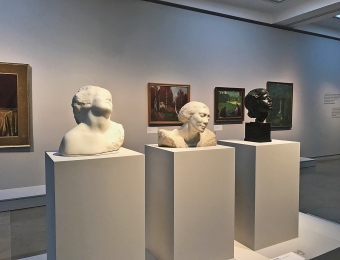 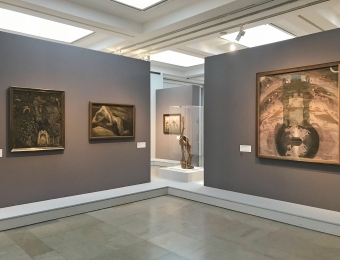 The display of “Wild Souls” was made by the world-renowned Italian museum exposition designer, Flavio Bonuccelli. To make the contextual accents more relevant, he used the colour grey for the partition wall background. Thus the size of each hall is seemingly narrowed and a one-way path to the next room is clearly formed. Although a connoisseur could decide on each artwork belonging to one country or author quite quickly, for someone not familiar with the art of this region it can be problematic. Both the designer and curator have avoided chronological and national division of the exhibits. As a result, the exhibition actually reveals real Baltic symbolism. It is not something that can be associated with Munch or Odilon Redon, but it is our own way of expressing our truth. In the Baltic States nature is preserved through hard work, the soul is healed by accepting the presence of pain, and myths are born out of historical events, whatever they might be. Just like “Whistler’s Mother”, which can be found in the collection of the Orsay Museum, symbolism in the Baltic States has always been a little passive-aggressive: eternally present but not sufficiently valued.

Auguste Petre (b. 1993) is an art historian who researches the traditions of social art. She is an author and editor of art and culture medium Arterritory.com.