Estonian media art can be divided into the following categories: video, video-performance, video-installation, interactive installation (using video, computer or some other electronic device), CD-ROM, net projects (net.art, net.projects). A great deal is occurring in all these fields, but as a rule, the greater the technological effort something requires, e.g. with CD-ROM, net.art or interactive art, the smaller the number of works, as well as the artists experimenting in that particular field.

The fashionability of the phenomena and the trendiness of media art

Without any false modesty, we have good reason to talk of the fashionability of art phenomena and their trendiness. Some might, of course, disagree. It can be said that a certain `direction` has appeared as a result of certain specific technological preconditions. In which case, the originator of that direction is technological development and change.

The invention of lead tubes and filling them with paint in mid 19th century France is claimed to have introduced the fashion of painting outdoors (`en plein air`), and that, in turn, was said to have influenced the Impressionist discovery of light.

Media art is at present dependent on criteria fixed by larger international centres of influence, and on exhibitions that have caused sensation. Although electronic technology is of primary importance in this particular field of art, works of a quite contrary, poor and minimalistic nature, have also emerged. This is partly a token of boredom or protest: while more powerful works need professionals, computer specialists and programmers, the poorer ones form a kind of opposition. Since a peculiar sort of conformism is slowly gaining ground in media art, then creating ironic and, in a sense, less digital works constitutes a fresh and novel approach. This does not necessarily mean a shortage of messages.
This tendency is manifest at international exhibitions. (The impressions of the present author are based on what he saw at the Ars Electronica Festival 1997.) In one corner there is a high-tech interactive installation, in another something comic, electrical, requiring physical effort. The latter has often been reduced to the mechanical activity of switching on and off.

Media art has acquired its tools from technological development, and this development has, in turn, influenced changes and ideas in media art.

Media art has been overwhelmed by a wave of conformism, just as has happened with other art phenomena. It cannot be said that art has no fashions. In art too, people are sometimes seized by a frenzy to work in medium that is available to everybody. When electronic technology and picture technology have become sufficiently wide-spread and easily accessible, it is only natural to expect people to make use of them. Every technological revolution causes a certain mental explosion.

We can talk about what is termed conformism` also in connection with international arena. There are, of course, many who would deny this. But I would not like to load the word `conformism` ­ which should mean imitation and a wish to resemble others ­ with negative connotations. Every major phenomenon entails the usage and re-usage of certain methods and means. The question is whether they can be justified and whether there is a message to be interpreted or not. 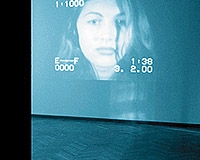 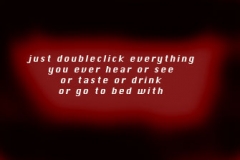 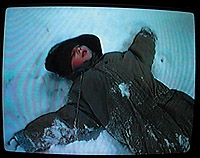 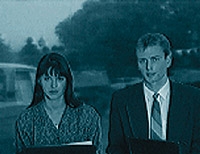 The more influential sponsors and centres of influence of media art

At an institutional level, media art in Estonia has been supported chiefly by the Soros Center of Contemporary Estonian Art. The Estonian Cultural Endowment has also played a significant role. The E-Media centre at the Estonian Academy of Arts, together with the developing study of media art history and hypermedia, is one of the possible sources of the future artists and teachers. In a technological sense, artists could in principle be also discovered in the world of science and film, but at present, only a small community of artists is actually dealing with what is termed media art.

The name of the Academy of Arts can also be associated with the latest “Interstanding 2”, which was held in October 1997. By inviting international theoreticians and practicians to participate, the discussion of media culture has perhaps even been raised to too high a level. We cannot catch up. Our practicians, the artists, mostly work at the level of video. Interactive art can only be achieved by desperate effort, and people have not yet been satiated enough of Internet-surfing in order to produce net-art.

Critics and artists connected with the Soros Center have been those persons to mould and define the situation of contemporary art, undoubtedly acting as apologists not only for their own activity, but also for the whole field of media art. Nevertheless, certain favourites have appeared, largely thanks to their own activities and merits.

The Soros Center has consciously imported the language of modern art, and although some have complained that the Center tries to create an imbalance in the natural state of affairs, we have to confess that the real choice is limited to the satisfactory and the unsatisfactory. While shaping the Estonian art situation, it is not possible, to talk about something which might be termed `natural`. Culture and art are always on the crossroads of influence. Everything which can happen in Estonia, is a reflection of fully developed phenomena elsewhere. This does not mean that they have nothing new to offer in a local situation and that there could be no local variations. Nor does it  mean that the artists are not able to produce anything as valuable as what is done abroad. Peripheral geographical situation and the distance from the metropolis is, however, no longer a problem.

The present author lacks data as to who has exhibited his work where. I am therefore offering only a few impressions.

Jaan Toomik started out as a painter and performance-artist, but has in recent years successfully specialised in video, surprising the public with a few rather `poor` pictures. Poor in the sense that nothing much happens on screen, there is no frenetic and luxuriant vibration of pictures as is customary in video art. What occurs is a concentrated meditation on reality. Jaan Toomik has taken part in the São Paulo Biennial, the Venice Biennial (though he did not present any videos at the latter festival), and a number of other events. He is called in the press, in a manner that brooks no objections, `the most internationally well-known Estonian artist`. As if something could be safe and secure in this world.

Some artists perform locally, whilst others gravitate towards international video events. It is difficult to prefer one mode of expression to the other. Taking part in local exhibitions is no doubt cheaper, there are no transport costs, enabling the artist to express himself more freely. On the other hand, when abroad the artist can compare his work with that of the others, and this kind of experience is perhaps worth even more.

Tiia Johannson presented her video The Book of Names (a video produced for the Soros Center`s 1996 annual exhibition) at the media forum Ostranenie in the autumn of 1997 in Germany. Nelli Rohtvee took part in the same exhibition with her net project NET-POETRY 2 (www.artun.ee/homepages/nelli/nellinet/net1.html).

In 1998 Johannson exhibited her Internet projects at specific `net exhibitions` in Spain The Best of 2 Worlds (www.aleph-arts.org/m2m/eng/txt/rhizome.htm) which deals with the on-line magazine Rhizome projects, and in an exhibition  in Washington Open Spaces/Linked Locations (www.nomadnet.org/nomadnet/spaces.html). It should be added that these exhibitions are real, although they use means which are associated with a virtual environment.

It is impossible to strictly define who are, and the `techniques` used. Be it video, interactive technology, net or something else ­ the criteria is still its effect and such a questionable criterion as artistic significance. In autumn 1997, Ene-Liis Semper proved her merit with her solo exhibition at the Vaal Gallery. She used different video projections and offered the viewer the possibility to watch the movement of a video fish on the skin of her stomach.

Kai Kaljo`s Loser, i.e. the videod artist herself telling about her life with merciless realism, was presented at the Novi Sad video festival Video Medeia. It received one of the awards there. In addition, the video was awarded at the Soros Center 1997 annual exhibition.

In early 1998, Raivo Kelomees participated in the Tokyo 20th Video Festival and received the Silver Award for his video House.

Interactive technology, or an art object or environment which would somehow be related with the viewers, is a technologically challenging area. There are not too many people involved in this field. Video art can already be partly understood as folk art. It is easy to produce, and video equipment is available in almost every household.

Mare Tralla`s hyper-media programme “HerSpace” was still waiting to be transferred to a CD in October 1997, but that project which was started in England was also real on the Macintosh hard disk.The artist looked at her life starting from the exotic pleasures of the time when she belonged to the Pioneers, the Communist children`s organisation, up to her life as a contemporary woman artist.

Ando Keskküla has, apart from trying his hand at interactive installations, dealt actively with propagating media art  and organising events. He has been responsible for the several Interstandings.

He has been familiar with interactive environments ever since the French-Baltic Video Festival in Vilnius in 1995. This was followed by the São Paulo Biennial and  “Manipulations” at the Rotermann Salt Storage in Tallinn, plus other smaller scale experimental exhibitions beyond the boundaries of art.

Anu Juurak`s projects in the field of interactive installations have also attracted the attention of ordinary viewers to what is termed high-technology art. Her Lift at the 1997 Soros annual exhibition attracted every single lay viewer. You could actually enter the lift, push the floor buttons and the opening doors revealed different views of the Estonian landscape. With that work, Juurak continued the project presented at last year`s Soros annual exhibition where she demonstrated a line drawn through Estonia ­ as projections taken from a train.

In conclusion, I would like to say that the purpose of this article has not been to mention all the names of those who deal with media art. This is not a survey, but a series of casual impressions.

As for the situation of Estonia in general, I would call it  `quantitative backwardness`.  This means that we have everything which is also typical of the international environment, only to a lesser extent. This is partly due to the fact that our most active critics, people who exert a good deal of influence, belong to an era of art which has both bulk and real objects. The relation of those who now define the situation in art with virtual media art can be characterised by understanding, at the level of mind, what is happening, but attitudes still remain the same. Non-material art which depicts so little, is something alien and in order to interpret it, one has to read the essential texts. Hence the fact that many artists deal with art produced with analog equipment. Video is primary, and has received the greatest amount of attention of art critics, although it is clear that it actually belongs more to the classics of media art and to days gone by.