When Estonia re-entered open society in the nineties, those in the arts abandoned a number of restraints and taboos, which had applied in Soviet times through a combination of state censorship and self-censorship. Paradoxically, the new freedom has seen new taboos emerge along with new mechanisms of surveillance. These spring into action whenever ethical, aesthetic or religious convictions or particular business interests are concerned. The Estonian branch of Coca-Cola, for instance, issued a protest regarding a mural displayed at the 1996 Speed 1 roadshow: the Coca-Cola logo was distorted.

From time to time, the arts may also unwittingly act as a social barometer on a given issue. A good example here is a series of photos by Ly Lestberg, which provoked a wide response when exhibited in 1997. The photos portrayed Linnar PriimÉgi, a well-known Estonian intellectual, frolicking around in the nude with his boyfriend. This was how, in 1997, the issue of sexual minorities was thrown open to public discussion.

Most striking of all were three cases where an artistic phenomenon became a media event overnight. How these cases were to turn out could not have been foreseen. In sum, it could be said that the arts were used to test the tolerance of Estonian society in other, unrelated, domains: the Internet, religion, and patriotism.

The case of Sven Kivisildnik

When Sven Kivisildnik, a poet from Tartu, published a poem he had written in 1990 on the Internet in summer 1996, all hell broke loose. The poem was based on documentary material and entitled The Writers‰ Union of Soviet Estonia, 1981: important. Kivisildnik had taken the membership list of the Writers‰ Union and turned it into poetry. He was provoked by a real-life incident: as author of several radical collections of poetry, Kivisildnik‰s application for Union membership had been turned down, while the Union accepted several complete unknowns who had demonstrated loyalty to the Soviet state. So Kivisildnik decided to introduce every member of the Union by name, including those who were unknown, and went on to do so rather freely and insultingly. In 1990 the poem won a number of positive reviews in the press. But in 1996, when the poem became available on the Internet, the storm suddenly broke.

Two writers of the older generation took offence and promptly took Kivisildnik to court. Criminal proceedings were started on 6 June 1996, whereupon the police turned over Kivisildnik‰s house. Unable to find anything of a subversive nature, they detained only the author‰s computer, printer, modem and manuscripts. 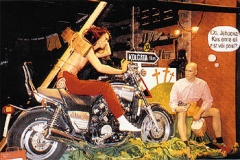 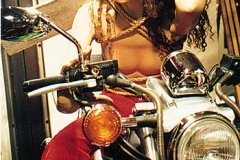 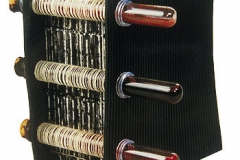 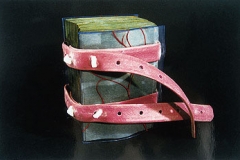 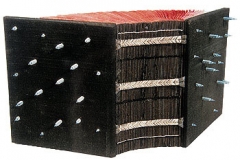 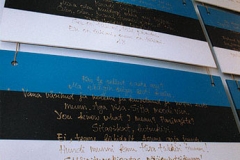 The moral is this: in a society which had only been using modern information technology for a few years, the police had attained a technical mastery of computers but had entirely failed to adopt corresponding models of thought and action. The police acted in accordance still with the rules of a closed society, overlooking the fact that confiscating one computer will not eliminate a poem from the Internet. The case moreover highlighted deficiencies in legislation and police training.

Poets of the elder generation considered the Internet some kind of all-powerful mythic force, failing to appreciate that that a poem in Estonian would be incomprehensible to foreign readers. They accused Kivisildnik of a breach of ethics, though it was really rather the case that the code had changed with the paradigm shift: postmodern art can no longer be interpreted with the criteria of modernism.

A large proportion of nineties art particularly in photography-based techniques bases itself on documentary material. Kivisildnik‰s poetry likewise exploited a documentary source. Had it instead been an ėartistic‰ fantasy, it would have upset no-one.

It was easier for the police to pursue a writer than criminals posing a real danger. Society had forced the poet into the dual role of sacrificial lamb and public enemy. The press had a field day: after all, the media thrives on scandal.

The case of Inessa Josing

Problems however arose when the artist, herself a Christian, worked church festivals like Easter and Christmas ironically into her commercially-oriented window displays. One design in 1995, for example, portrayed a contemporary youth on a motorbike, speeding to Golgotha with a cross on his shoulder, beset by signposts pointing to the numerous religious sects that have mushroomed in nineties Estonia (Mormons, Jehovah‰s witnesses and so forth). The scandal culminated in shock among the faithful. To appease them, the shop offered copies of New Testament at the checkout. Josing evidently proved too radical for believers: and not only for them.

In 1998, the tobacco company Barclay launched an advertising campaign in Estonia under the slogan ėArt is Everywhere‰, seeking to conceal its interests with the aid of art following a national ban on cigarette advertising. Their agent approached Josing to make Barclay some window designs. The artist presented a sketch bearing the two lines: ėArt is Everywhere. Jesus do you allow this?‰ Once more the design proved too radical: religion was one of the three taboos that the company refused to address in its commercial activities.

The irony here though is that Josing made use of the same two lines at Manifesta 2, a new European art biennial held in Luxembourg, which was mainly sponsored by Barclay‰s rival Philip Morris. Believers in Luxembourg didn‰t much care for Josing‰s work either, however, and protested against lumping together religion, sex and business. But all Josing does is expose the inner mechanisms that set business in motion.