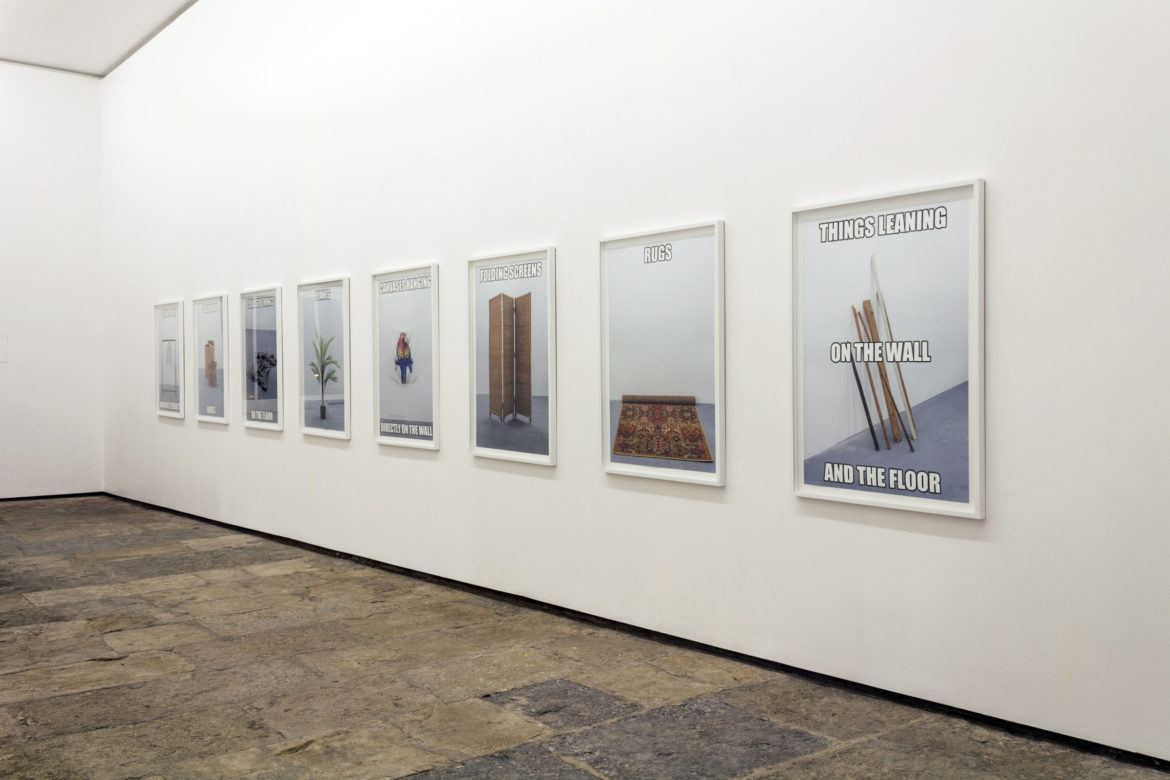 Networked or Unmonumental: Spanish Contemporary Art after the Internet

Between December 2007 and March 2008, the New Museum in New York hosted Unmonumental: The Object in the 21st Century, an ambitious group show curated by Richard Flood, Massimiliano Gioni and Laura Hoptman that was presented as “a ground-breaking survey of contemporary sculpture.” The main concept of the show revolved around the idea that sculpture had moved away from monumentality to embrace everyday objects and present itself as somewhat fragmented and fragile. “If the term ‘monumental’ connotes massiveness, timelessness and public significance,” states Hoptman, “the neologism ‘unmonumental’ is meant to describe a kind of sculpture that is not against these values (as in ‘anti-monumental’) but intentionally lacks them.”(1)  The curators stressed that the fragmentation of sculpture into an assembly of diverse objects is a reflection of a time in which information overflow and the loss of certainty leads to perceiving reality as “a collage composed of whatever grabs our attention, and the competition is limitless.”(2)

In the context of this survey, the parallel exhibition Montage: Unmonumental Online took place on the website of the art community Rhizome. Curated by Lauren Cornell and Marisa Olson, the show focused on the work of artists who appropriate content from the Web to create “Internet-based montages,” by mixing images, sounds, texts, video or code and posting their compositions online. Whereas Unmonumental explored a trend in contemporary sculpture that sees the art object as fragmented, provisional and unfinished (echoing the ideas expressed by Seth Price in his influential essay Dispersion from 2002), Montage applied this idea to online art, introducing some of the main concepts of what was starting to be described as Post-Internet art.(3)

The artist Marisa Olson is usually credited as coining the term around 2007 by referring to her work as “art ‘after’ the Internet.”(4) Elaborating on this idea, the New York-based art critic Gene McHugh described “Post Internet” as “Art from the Internet world that mutates to the conventions of the art world”(5) In the years following the New Museum exhibition, and particularly since 2013-2014, Post-Internet art has increasingly caught the attention of the contemporary art world and the art market, while it has also been regularly criticized and proclaimed finished. Currently, this label is mainly applied to the work of a group of artists born in the early to mid-eighties whose sculptures and installations manifest the complex influence of Internet culture. As expressed by McHugh’s definition, Post-Internet art is particularly suited to the conditions of the art gallery: it usually consists of prints, found objects and videos, blithely displayed in the exhibition space, which present a similar aesthetic to that of most contemporary sculptures (particularly those of John Bock and Isa Genzken, whose work was featured in Unmonumental). Post-Internet art paradoxically takes the culture generated in online platforms and social media into the white cube by avoiding its technological framework, the network of servers that makes it possible to publish and share content in real time. It is about the Internet but not online. In this sense, it becomes a reflection on the condition of the artwork as an object at a time when the Internet pervades every aspect of our culture, while also prompting the question of whether art must adapt to the conventions of the gallery space in order to be integrated into the mainstream contemporary art world. 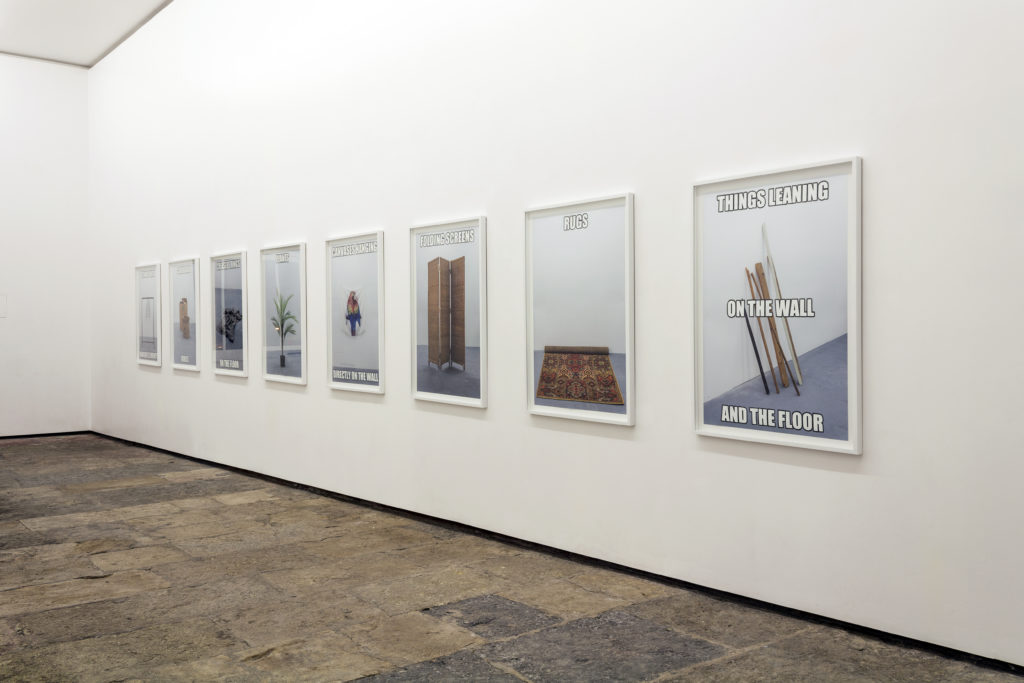 Looking for Post-Internet art in the work of Spanish artists born in the early to mid-eighties leads to considering how these artists address the materiality of their practice and also what role the Internet (or its main attribute: connectivity) plays in their projects. Among those who are particularly active in the art market and whose work is featured regularly in exhibitions in contemporary art centres and museums, I will focus on a dozen of them who are mostly based in Madrid but have also studied or currently live in other European cities. All of them are represented by a handful of Spanish art galleries. They are Fran Meana (*1982), Álvaro Gil (*1986), Cristina Garrido (*1986), Karlos Gil (*1984), Belén Zahera (*1985), Teresa Solar Abboud (*1985), Diego Delas (*1983), June Crespo (*1982), Christian García Bello (*1986), Leonor Serrano (*1986), Eva Fábregas (*1988) and Carlos Fernández Pello (*1985).

The appropriation and manipulation of found objects, sometimes combined with carefully hand-crafted pieces, and their arrangement in the gallery space are distinctive traits of their work, which could at times be associated with the playful but precise attention to the object common in most Post-Internet art. However, their approach to these objects and the subjects that fuel their artistic research are more closely associated with Conceptual Art and the current trends in contemporary sculpture identified by the curators of Unmonumental. In general terms, they are more interested in the effects of mass-produced objects than in online popular culture, and use these objects as the output of their research on a myriad of subjects, including nature, labour, memory, the architectural space and the body. Álvaro Gil’s colourful sculptures, for example, may be seen as three-dimensional renderings of a collage of web elements, 3D objects and textures, but they originate from the artist’s exploration of DIY and customization, questioning the role of the art object and the separation between high and low culture.

In summary, the works of these artists could hardly be grouped into a single category if not for their formal aspects, which tend to coincide with those of most Post-Internet installations. This superficial resemblance can be explained by the fact that artists present their work in formats that are usually accepted in the contemporary art world, which leads to similar displays and recurring elements. Cristina Garrido criticized this systematization in her work #JWIITMTESDSA? (Just what is it that makes today´s exhibitions so different, so appealing?) (2015), an installation created with some of the elements most commonly found in contemporary art shows, based on information collected from art magazine blogs, gallery websites and social media. Garrido grouped these elements into 21 categories, which according to her constitute “a kind of canon of the contemporary international exhibition business.” Additionally, she produced staged photographs of the elements in each category in the series They Are These or They May Be Others (2014-2015). Each photograph included a caption in the popular Impact font, resembling a meme, and was distributed by the artist in several online art forums and social media profiles as viral content. This project could be related to Post-Internet art, but in fact it heads in the opposite direction: while Post-Internet brings online popular culture into the gallery, Garrido dissects the contents of the white cube and distributes them online, in order to generate a discussion on the standardization of art. 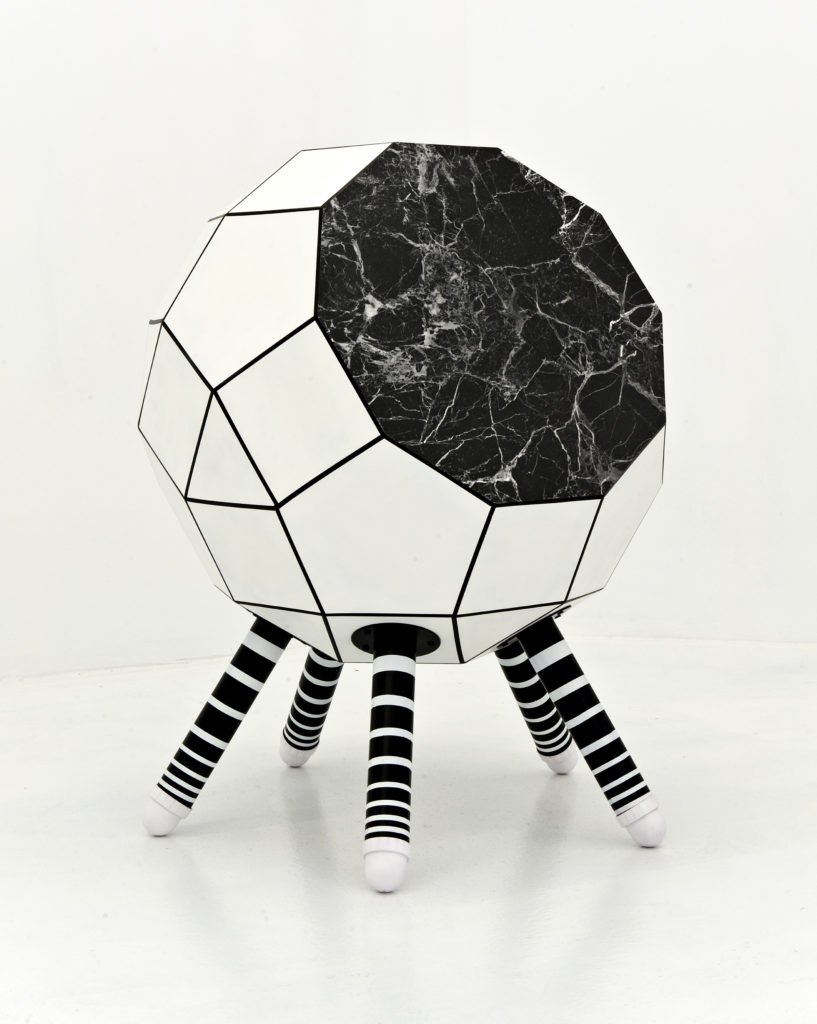 Paradoxically, the Spanish artists whose works more directly address Internet culture in online projects are less interested in the art object and staging carefully conceived installations. They also constitute a different profile: very active in new media art festivals and participating in museum exhibitions, they are less interested in the art market and seldom participate in gallery shows. Such artists as Joana Moll (*1982), Mario Santamaría (*1985), César Escudero Andaluz (*1983), Jaime de los Ríos (*1982) and Mar Canet (*1981) have strong backgrounds in technology and create artworks in which the process is usually more important than the object. For instance, Moll’s artistic research on the materiality of the net consists mainly of websites and digital files, lacking any physical form. An interesting exception can be found in Thero (2016), a project by the artists Román Torre (*1978) and Ángeles Angulo (*1972) consisting of a device that allows the user to determine the privacy of her network. The artists have consciously created a sculpture “reminiscent of an idol or talisman” that conveys a sense of sacrality to digital privacy. Therefore, the artwork combines the conception of the artwork as a sculpture and the manipulation of an ongoing networked activity. Nevertheless, it can be said that the aesthetic concerns and forms of presentation usually found in Post-Internet art are almost absent in the work of these artists.

In conclusion, the work of this young generation of Spanish artists draws a line between exploring the object as art and reflecting on Internet culture. It is not, as McHugh described it, “Art from the Internet world that mutates to the conventions of the art world,” but either “art from the Internet world” or “contemporary art adapted to the conventions of the art world.” Although this does not mean that no influence of Post-Internet art is to be found in contemporary Spanish art, it is telling that the artists born in Spain around the same time as Oliver Laric, Jon Rafman, Katja Novitskova and Petra Cortright are carrying out different approaches to similar concerns.

The author would like to thank Ian Waelder for suggesting some of the artists mentioned in this article.

Pau Waelder (b. 1974) is an art critic, curator and researcher. He is the Editor of Media Art in art-es contemporary art magazine in Spain.