In March 1993, the Soros Center for Contemporary Arts, Estonia, officially opened its doors. The conference hall which used to belong to the Artists‰ Association became a place for information exchange between Estonian art and international art life. The main purpose of the Center was to help Estonian art and artists communicate with international art life, and to promote an open approach. Besides the information centre divided into several sub-programmes, each year an event took place which became a visible model for the Center‰s activities and ideology ­  the Center‰s annual exhibition.

There have been five such exhibitions, reflecting the art life in Estonia over the last five years. During that period, the background has changed quite rapidly and considerably. Art life, with all its aspects and problems, is further developing and time has come for the SCCA to change its exhibition policy. There is little point repeating events which take place in the Art Hall, in galleries, at the Rotermann Salt Storage. 1998 is the first year when the Center is not organising an annual exhibition; instead there will be one in 1999. One stage of the history of the Center has passed, initial tasks have been fulfilled, and we are now having a year for the Center to examine its future plans and thematic framework.

Most important was probably our first annual exhibition where the curator was Ando Keskküla and which was held under the title Subject ­ unsubject. This first exhibition set the thematic framework for future exhibitions and at the same time coded a great number of reproaches and bitterness by the so-called current mainline of Estonian art. The exhibition was organised at a time when the word ëcurator exhibition‰ meant practically nothing, when firm principles of choice were replaced by a vague collective decision, and total confusion reigned in the whole of art life ­  no positive alternatives were yet to be seen behind the changes occurring. At the same time, international art life kept offering mega-events with their pre-established images, although many considered (and still do) their practicality rather doubtful. It would naturally have been easiest to simply copy the principles on the basis of which huge international exhibitions are being staged, to create what might be termed as ëminor‰ biennial art. This is what has actually happened in Estonia. It was not our original purpose, but with our annual exhibitions we unwittingly helped it along. In his exhibition catalogue the curator writes: ‹á it would be sensible to let the idea rest on a sufficiently broad basis, asking fundamental questions and abandoning the use of an anonymous international vocabulary (i.e. minorities, sex, violence, feminism, AIDS, homosexuality etc.)á Socio-cultural stereotypes do not bring about change in art paradigms.Š 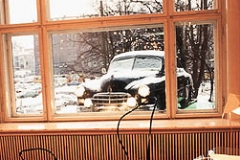 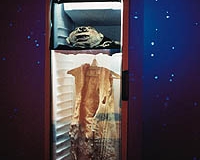 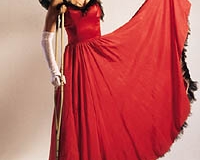 Paradoxically, this quotation foresaw one of the most complicated and painful aspects of communication with the open and integrated art world of today. The problem lies in the actual communication with reality and in an artform‰s ability of reflection. The distance between local and global problems turned out to be depressingly huge and what suffered was the local context. In relation to this, the local perception of reality turned out much weaker as opposed to the usage of the above-mentioned anonymous vocabulary. The second exhibition already raised the question of linking the concerns of local context to those of the global village. Estonian art which has been extremely introverted disregarding society around it, could not possibly change its nature in a few years time and suddenly claim to be interested in the real world. I would not dare to claim that such an interest is there even now. With his exhibition Non-existent Art, Urmas Muru, the curator of the second exhibition chose a very difficult and risky way to unite the two mentalities ­  he proceeded from the image of Deleuze‰s rhizome. While the main field of interest of the previous exhibition was the substance of an artist, then the second posed a clear question ­ how will art behave when it sets off for the so far untouched areas with the aim of also finding possibilities for art in future society, and when it loses its object, its matter in those fields? While the postmodern world has forced an artist to be a nomad in time, will the future then force him to become a nomad in an indefinable and nonexistent space?

From the second exhibition onwards, the subject matter began to concentrate, raising questions about the relationship between visual art and the world of the other media in a future society. In such a society, the victories and defeats of art no longer depend solely on an artist‰s personal talent and his wish to come out a winner from various situations. As has happened before in history, the information society has by now developed (and keeps rapidly developing) its own technological basis, instruments etc., but the philosophical foundation backing what is often mere promotional ideology is still being created. This is a border space and time where the art which relates to a new type of society has innumerable chances of both winning and losing.

At times like this, manipulation as a concept becomes especially significant, since society does not really know what is actually occurring. The artist to whom the new set of instruments should offer one chance after another may often find himself a victim of the same manipulation, especially in a society where there are so many changes and where the everyday economic situation could do without the extra burden of worry stemming from the global village. The third annual exhibition Biotopia. Biology. Technology. Utopia tackled namely these questions and the results were not very comforting. Many artists were, it is true, interested in using the new technology, but only when deriving it from the aesthetics of a previous period, not the new one, and making little use of the tools of the multimedia. Manipulations associated with science were dealt with disbelief typical of the Nordic rationalism, and there was no trace of any utopia. Biotopia was connected with the International Interdisciplinary Conference on Computer Mediated Communication and Interactivity Interstanding. Understanding Interactivity, organised by the Soros Center together with the Estonian Academy of Arts and the Interdisciplinary Expertise Centre for Computer Graphics, Animation and Multimedia, an educational institution located in Groningen. The curators were Ando Keskküla and Eric Kluitenberg.

Interstanding was an attempt and a challenge with an additional aim to invite people from abroad to Estonia, to create and furnish an intellectual environment necessary for becoming aware of such topical matters. Interstanding 2, which took place in October 1997 and consisted of several associated events, continued in the same direction, focusing once again on the formation of interactive media space and on the possible strategies of art and artists in it. This time, the subject matter was the question about the openness of media space (the topic of the conference was Freedom) and the possibilities of social self-regulation. Interstanding 2 (chief curator Ando Keskküla) was also the first annual exhibition where Estonian artists exhibited their work together with artists from abroad. Interstanding 2 was a truly international complex event. For the next Interstanding 2, ever more specific features and meaning has to be worked out besides other similar events.

It thus happened that the 1996 grand-scale exhibition Estonia as a Sign (curator Ants Juske) remained the last of what have been termed ësummary exhibitions‰ and which met all the requirements of a topical exhibition.

The Soros Center has been accused of importing into decent Estonian art life an aggressiveness, mostly American, which is alien to local taste and nature. This is by no means true. There is no point in moralising on the subject of preferring the local soul. Every expert knows how valuable the local and original material is. The Center‰s aim is not to help close the eyes, but just the opposite. I am convinced that considering those five exhibitions, namely those projects which brought the problems of the global village to the Estonian parish pump and which were solved with the help of local models, were particularly successful. We shall carry on doing that, whatever form our beloved annual exhibition might take.