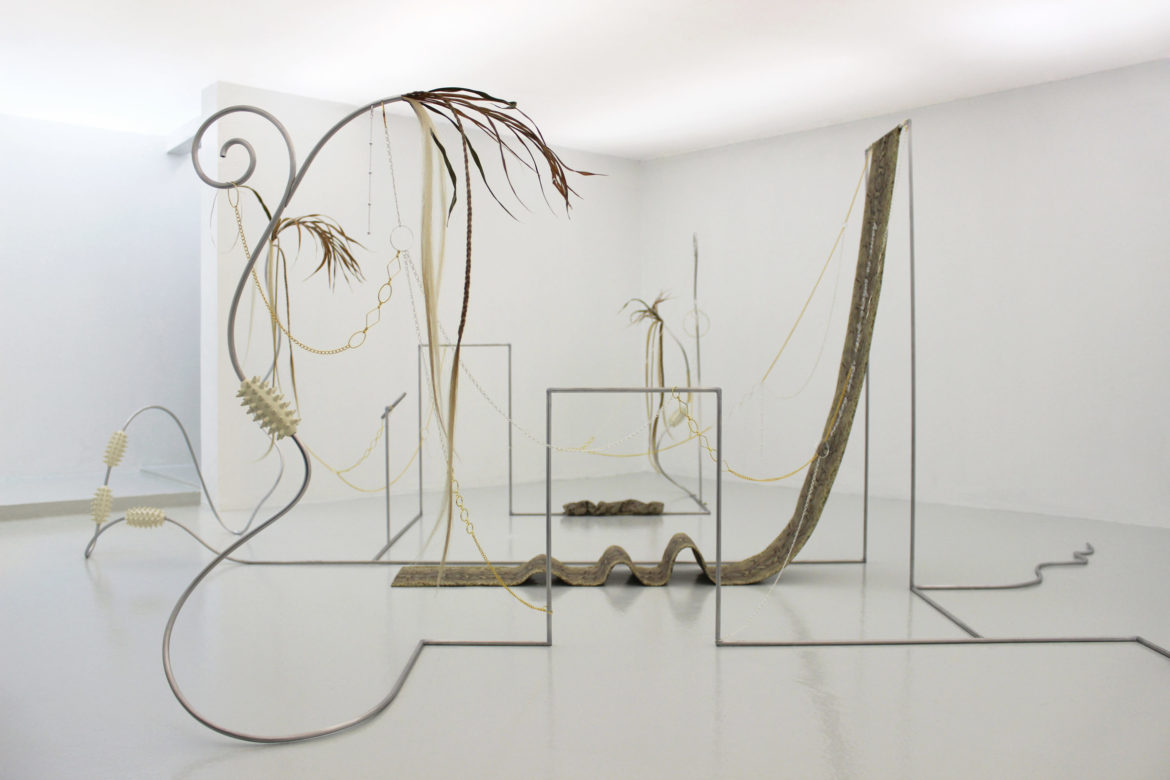 In July 2013 the non-profit gallery Konstanet was founded in Estonia. In the same year and same month, the American art critic Michael Sanzhez published his article “Art in Transmission” in Artforum magazine. In it, he accurately described the shifting paradigm which was provoked by the rapid proliferation of smartphones. The ubiquitous screens and accessible 24/7 internet altered the way we experience exhibitions. “An image of an exhibition can be posted the moment it opens, or even before. An artist, curator, or dealer receives an update containing images of the show on her phone, which she then forwards to colleagues, in a chain of events perhaps leading to another exhibition. <…> What had been a process of legitimation, attributable to particular institutions or critical bodies, now becomes a process of simple visibility, attributable to the media apparatus itself, largely outside the channels of print media and cumbersome zeitgeist-encapsulating exhibitions. ”[1] Documentation comes first.

With images of installations travelling faster than visitors’ bodies, the exhibition becomes outdated as soon as its documentation is released online, shared, reached and taken in by thousands of anonymous eyes and fingertips. Another show immediately takes its place. It is a new paradigm that (of course) Hito Steyerl called Circulationism. “Circulationism is not about the art of making an image, but of postproducing, launching, and accelerating it.”[2] What is more important in this new paradigm is not merely its focus on images, but its ability to blend physical and virtual realities and thus transform physical reality itself. “The tools of postproduction: editing, color correction, filtering, cutting, and so on are not aimed at achieving representation. They have become means of creation, not only of images but also of the world in their wake.”[3] The art world was not an exception here but more of a pioneer: with the sterile, luminescent-light-bright, painfully high-res installation shots, and the wiping away of visitors’ bodies and any traces of these bodies, they have gradually transformed exhibition spaces themselves, making them more and more uniform with every new documentation released into circulation. The White Cube has returned. With a vengeance.

A disembodied eye roaming around empty gallery space inhabited only by lifeless works of art was the ideal scenario for the White Cube. The modern gallery space described by Brian O’Doherty back in the late 70’s as “constructed along laws as rigorous as those for building a medieval church.” In which “The outside world must not come in, so windows are usually sealed off. Walls are painted white. The ceiling becomes the source of light. … The art is free, as the saying used to go, ‘to take on its own life’.”[4]  And although recent attempts by the artist duo New Scenario to drag art outside of its comfort zone and put it into a limousine, Dino park and all possible body holes, or to bring human flesh with all of its sensuality back into the exhibition space through a series of exhibitions’ documentations made by DIS collective brought some fresh air into the stuffy enclosed White Cube, the prevalence of the hermetic gallery space remained.

The founders of Konstanet – Epp Õlekõrs & Keiu Krikmann – saw this new paradigm not as a danger but as a new field of opportunities. It was no longer necessary to have a proper life-size gallery space in order to produce exhibitions: one could simply simulate it with some camera angles and digital tools, similar to what Thomas Demand did with his precise mini-replicas, models of mundane interiors. Thus Konstanet blended the two realities – the digital (the circulatory, the edited, the bodiless) and the physical – into an indivisible one. Made up of two spaces – the online space at konstanet.com and a scaled (1:5) physical space located in the centre of Tallinn, Estonia – Konstanet invited emerging local and international artists to explore the opportunities offered by these specific spaces.

It was curious that the majority of the invited artists decided to play according to the rules of the White Cube: to accurately simulate a conventional exhibition setting, and to display artworks among white walls for the bodiless viewer’s eye. Since the inaugural exhibition – Xenotica. Excavation, Exegesis, Exopolitics – made by the digital artist Norman Orro and the social theorist Rene Mäe, there have been over 24 solo or duo shows that have perfectly simulated contemporary art exhibitions “experienced” on the screen of a mobile device. Yet, looking closer, one could detect a common thread among the disparate projects, a thread that kept pointing to the very conditions of making, sharing and viewing these projects. This thread was hybridity.

The hybridity of digital and physical realms were the main topics in exhibitions such as: Take It From Here by Ott Metusala and Erki Närep; A Pastiche So Hardcore by Sandra Kosorotova and Keiu Krikmann; Striving for Perfection; POP (free trial) & Relics from a Netscape by Kamiel Porseleijn; When You Have The Object Itself In Front Of Your Eyes /konstanet.com by Kristina Õllek; Sustainability & Opportunities by Ella Goerner and Stay In The Physical Space For As Long As Possible by Dieuwertje Hehewerth. 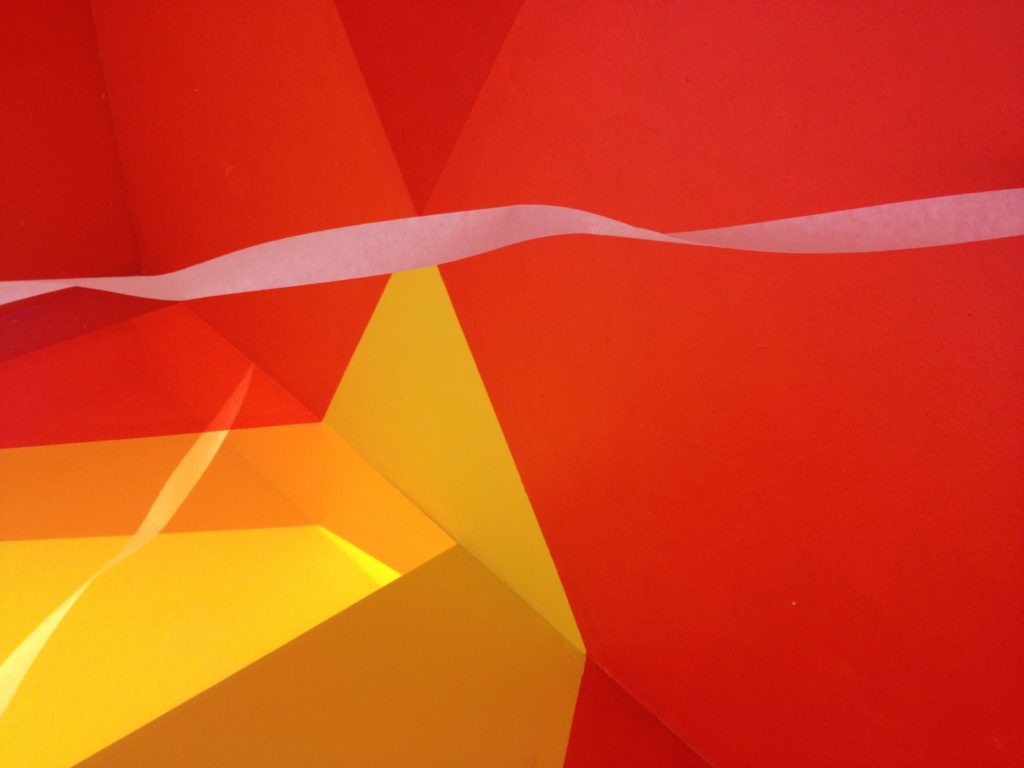 Other exhibitions explored the hybridity of the natural and artificial such as Xenotica. Excavation, Exegesis, Exopolitics by Music For Your Plants; They are standing there, under the weather, totally waterproof or completely wet by Michele Gabriele; A Rare Bird in Estonia by Maximilian Schmoetzer and The Archive from A Place to Disappear by Pablo Lerma.

Exhibitions such as El Konstalytics by Jaak Kaevats, places for things to grow and die by Katherine Botten, techskin by Anna Slama, EX-UVIA by Daria Melnikova, Body Extended, Self-Construal by Nuno Patricio and Fuchsia version 3 rebooted by Maria Metsalu + Nikola Knezevic focused on the hybridity of the body and its technological extensions that cause altered perception and a sense of constant placelessness, both mental and physical.

These broad categories outlined here are open and fluid: the projects could move from one to another without much friction. It is because they all deal with the contemporary state of things, a state in which we cannot distinguish the two realities – the physical and the digital – any longer and this merging has touched and altered almost all possible levels of our being, from intimacy to work, from friendships to art viewing. And viewing has become scrolling. And fast. The eye becomes the ultimate device for “experiencing” documented shows from around the globe, from Mexico City to Tallinn. The viewer’s body once again has been eliminated from the gallery space and it makes me wonder why no artist has taken the opportunity to bring the physical body, with all of its clumsiness and physicality, back into the miniature Konstanet space.

Returning to art viewing: while the physical Konstanet space for some reason provoked the artists to play along with the laws of the White Cube, the digital platform of the project was used in a much more prolific way. It held online performances, included sounds and music in the documentations of the shows at the Konstanet gallery space, offered open online documents for an update from artists from time to time, had videos as/or in place of documentations and used background images to create multilayered and hyperlinked viewing experiences. Perhaps this playful approach to the online “space” of the gallery is a symptom of a certain new (?) kind of subject, a subject which feels more comfortable and at home online than in any physical space. There’s no place like the screen. And that’s OK if one knows how to use this paradigm productively. And Konstanet seems to know.

[4] Brian O’Doherty, Inside the White Cube. The Ideology of the Gallery Space. Santa Monica San Francisco: The Lapis Press, 1999, p. 7

Neringa Černiauskaitė (b.1984) is a writer, curator and editor-in-chief of an online contemporary Lithuanian art magazine www.artnews.lt. She is also part of a collaborative duo Pakui Hardware together with Ugnius Gelguda.