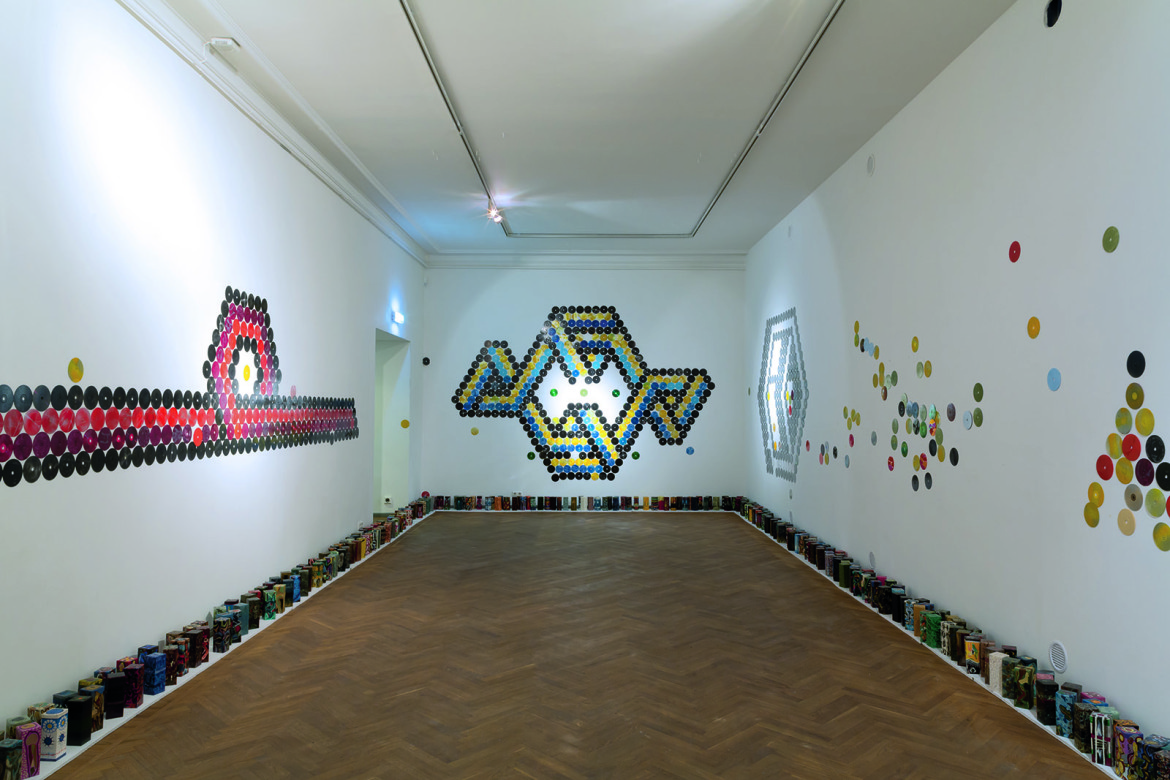 Erki Kasemets is an encyclopaedic artist. Like with Marcel Duchamp, Robert Rauschenberg and the members of Fluxus before him, it is difficult to define what his art practice actually excludes, what does it not include. In other words, the question of what Kasemets’s work really focuses on could also have a rather simple and short answer: everything. This Encyclopaedia of Erki Kasemets, a mental category, includes more or less everything, every topic: time, space, memory, information, structures, systems etc. All projected through Erki Kasemets’s personal prism, of course. However, at the level of topics, the art of Kasemets is paradoxically… nothing personal. Again: time, space, memory etc. The artist, who practically deals with everything – himself, his own personal chronology, as well as things around him – while constructing expansively growing and infinitely changing systems. 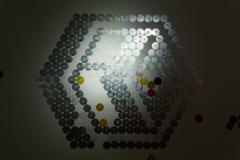 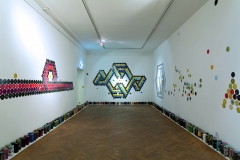 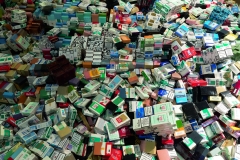 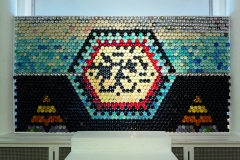 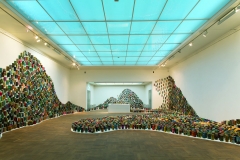 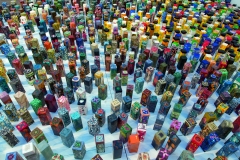 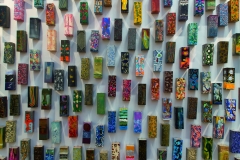 Knowing this is alas not much help to anyone experiencing Kasemets’s body of works for the first time. The word ‘everything’ is not the key. The viewer stands, say, in the big hall of the Tallinn Art Hall in January-February 2013, at the most extensive Kasemets retrospective so far, Spooky Days. The viewer sees hundreds of colourful painted cardboard milk cartons, beverage cans, CDR-type compact discs, cigarette packets, cash receipts etc. Is it a painting or a sculptural installation? The viewer can’t quite decide. An art historian marches in, for example the current writer, stares intently at the viewer and announces hypnotically that Erki Kasemets deals with ‘practically everything’, but even that is not all: in this (creative) process based on do-it-yourself aesthetics there’s also room for the viewer to participate. The art historian then half-heartedly produces some art historical parallels (à la Duchamp, Rauschenberg and Fluxus) to make it all sound legitimate, and leaves, as if the whole art historical mission was just to direct the viewer from the exhibition hall to the library – from an exhibition of a specific contemporary artist to the conspectuses of 20th century art in general. Revolution against mimesis-based aesthetics starts with the revolt of painters. At the beginning of the century, Duchamp invents the ready-made, i.e introduces the ordinary industrially produced occasional object, the urinal, into high art. In mid-century Rauschenberg develops his combines in the similar vein, mixing various found objects and domestic trash and presenting art works as the end result, which were no longer paintings, but not yet sculptures either. Members of Fluxus, in turn, take this line to its logical extreme, promoting total democratic ‘trash art’ that flows like river water, a kind of art that could, in principle, be made by anyone, out of anything, any idea, any event. The art market and art history nevertheless painlessly swallow all provocations: at the beginning of the 21st century all of the past scandalous ready-mades, combines and fluxus boxes have become cornerstones of the permanent collections of modern art museums. Once again, revolution has eaten its own children – but at least we never had to suffer a dull moment.

Still, this art-history-centred method of explanation does not quite work, because in today’s world nobody is prepared to listen to a waffling art historian for more than two minutes. Another way must be found. Thus – from the library back to the exhibition hall. Again: painted milk cartons, beverage cans, data discs etc. Everything seems nicely systematised, everything in its place. However, against the background of all this gathered and processed matter, hovers a scary premonition: this cannot possibly be all. All this must surely be stored somewhere else, and in greater quantity; all this will surely materialise in future as well. Quite honestly, this entropy seems scary. It is too massive, too close to chaos. Erki Kasemets’s best known project so far is LIFE-FILE. It began in the 1980s in Estonia, USSR, continued in 1991 when Estonia regained its independence and will most likely go on until the artist’s physical death (whatever social formation forms the background). It is essentially an increasing collection. Each milk carton, painted over by the artist and bearing the date of completion, marks one day in the life of Erki Kasemets. It is quite simply a ‘diary’, i.e a ‘time machine’, which makes it possible to endlessly ‘travel’ on a personal time-scale backwards and forwards. These objects, strangely enough, do not seem personal, largely because they don’t form an articulate recording of specific events or emotions. Instead, the viewer probably wonders: “What did I do on 9 September 1989?” An impressive collection of dates and times, most certainly.

However, as everyone knows who collects coins, stamps, books, LPs, CDs, exotic insects etc, no collection is perfect. Something is always missing, something ‘essential’ must be added, without which the collection is deficient. According to pessimists, collecting is an endless source of frustration. Optimists say that collecting is a passion, but passion is just a polite euphemism for a classic addiction that restricts other life choices. If you are addicted, you have no other choice. Let’s just make this clear: no choice.

Perhaps the works of Erki Kasemets should in fact best be seen on the basis of this quantitative and not some kind of qualitative principle? The artist should be ‘read’ as a series of encyclopaedias that are constantly supplemented: a page here and a page there, but without any hope that all this will one day be properly examined (assuming, of course, that it will ever be ‘complete’). This is not just a question of individual keywords (time, space, memory etc), although these matter too, if for nothing else than from the point of view of narrative logic and the order of transmitting information. It is mostly a matter of mapping, tracking down, knowing. This is the mechanism which makes the artist Erki Kasemets ‘tick’. It is his ‘thirst’ that gets him up in the morning and does not let him fall asleep peacefully at night. He is restless, like an encyclopaedist, and so he cannot ever consider the big project finished. There are too many intervening developments, adjustments, and even new keywords. There is so little time, and the notes may seem pathetic, although experience shows that everything can be significant, even maximally significant, although everything may also seem absolutely pointless. Just as no encyclopaedia can ever be complete and ideal, the body of work of Erki Kasemets will never be complete either. One has do not have to be a clairvoyant to predict that Erki Kasemets’s work will simply remain ‘unfinished’ after certain years and decades – when his life can be summarised on one gravestone in the section of the cemetery designated for members of the Estonian Artists’ Association, and with one solemn obituary, which this time will have fixed dates.

Andreas Trossek, an art historian and critic who works as the editor-in-chief of the Estonian contemporary art magazine KUNST.EE.

Art Journals and Magazines after the Digital Turn: the KUNST.EE Example