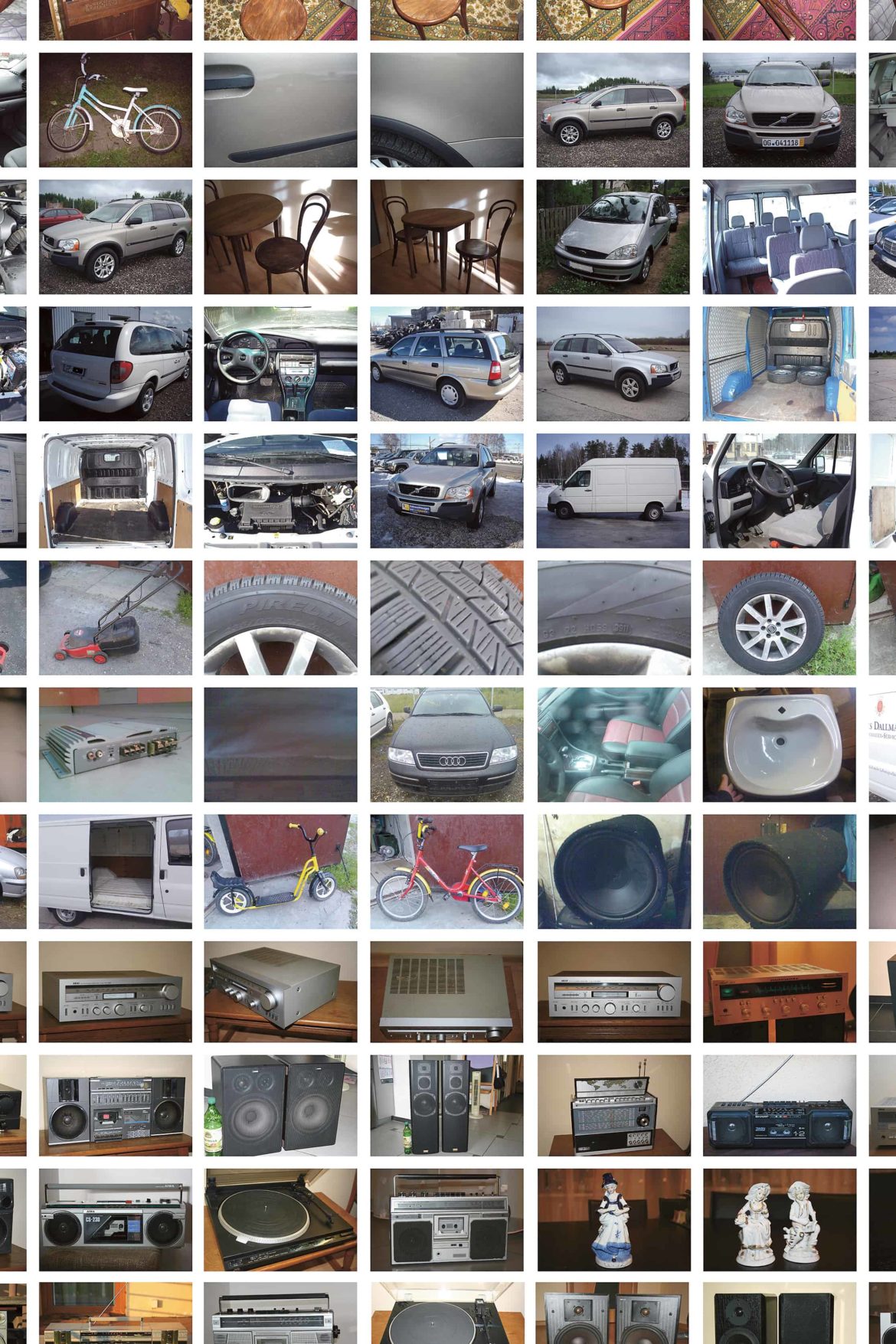 Describing the difference between how we live today and how this lived experience is represented in theoretical terms and discourses, the scholar Rosi Braidotti emphasises that there is a considerable gap between them. While the former takes place in emancipated or post-feminist, multi-ethnic globalized societies, with advanced technologies and high-speed telecommunication, as well as supposedly free borders, but increased border controls and security measures, the latter simply doesn’t fit this reality, but sometimes proves to be much more complex, chaotic and even contradictory. Braidotti then proposes to read this imaginative poverty as the “jet lag” problem of being behind one’s time, or simultaneously inhabiting different time zones.[1]

As a physiological condition, jet lag results from alterations to the body’s circadian rhythms caused by rapid long-distance travel. The term came into use relatively recently since it was not possible to travel far and fast enough to cause desynchronizing in the body before the arrival of passenger jet aircraft. The artist Diana Tamane, born in Riga in 1986, moves around and travels regularly; she relocated from Riga to Tartu for her studies and now is again based in the Estonian city. She has also lived and studied in Ghent, Brussels and Portugal, has done residencies, and travels to take part in exhibitions. Jet lag, sometimes literally, but also metaphorically, is nowadays part of the job of being an artist living a precarious yet extraordinary life.

It is interesting though that Tamane is not the only one in her family who travels, and the daily routines, distinctiveness and reasons behind that travel have become part of her recent practice. Tamane’s work “On the Road” (2015) is about her mother, as much as it is about economic migration, generational differences and the aesthetic sense and understanding of art by the working class. After her business went bankrupt, Tamane’s mother learned to be a truck driver and started to go on long trips all over Europe to transport goods. The video starts with a monotonous view of a grey road and the constantly moving yet unchanging surrounding landscape on the way from northern to southern France, which in its dullness could just as well be the countryside scenery of Latvia. The crackling loud music in the truck is “A Sky Full of Stars” by Coldplay, which repeats its title, as well as such phrases as “Such a heavenly view”, while the road goes on ceaselessly and it rains lightly. Tamane’s mother is filming the road as an assignment from her daughter, whom she calls towards the end of the video. An explicit negotiation happens between the two, ranging from a discussion of practical matters, such as how the batteries lose their charge faster than they charge, making the non-stop documentation process impossible, to whether or not the sound of her speaking right now and discussing those matters will be included in the video and how the filmed material will later be delivered to her daughter. From working with the material that is closest to her, approaching the objects and subjects with deep sincerity but also humour, Tamane expands daily matters to more general problems, revealing symptoms of changing economic systems, the (in)ability of people to adapt to them, and the misunderstandings this creates. After ending the call, her mother mentions in a conversation with her husband who is travelling with her, that her daughter runs around too much and does not fully understand how things work. 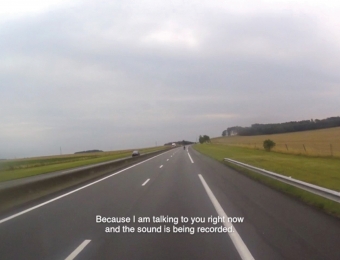 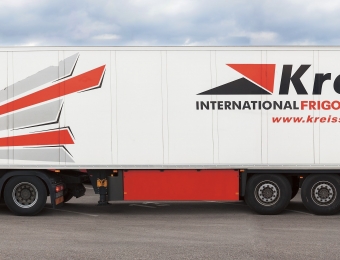 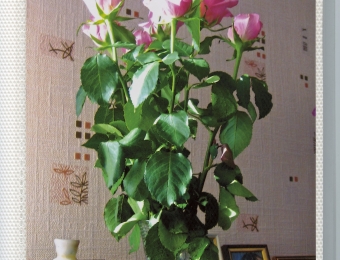 Another work from the same series is a huge picture of Tamane’s mother in a red and white truck. Called “Mom” (2016), the picture is peculiar in its proportions, since to include the whole image of the truck, the picture needs to be extremely long, but however enlarged it is, it still leaves her mother inside it incredibly small. Her mother travels for work, but the picture suggests awkward tourist attempts to take pictures in front of monuments, where the inclusion of the whole monument is so important that it leaves the tourists themselves as tiny figures in the foreground, always striking similar poses, with almost indistinguishable facial expressions.

Diana Tamane’s father has travelled since the mid-1990s, being one of those people who go to Germany to buy cars and different goods to resell in Latvia. He would be considered entrepreneurial, which was an important status in the 1990s when state socialism was exchanged for wild capitalism. I remember that in the 1990s my father would go to Germany, too. Although it was only for himself, the ritual of going to choose a used car in Germany was repeated several times and became important both in terms of the actual acquisition of the family car, as well as the countless stories about Germans that then surrounded my childhood; planting plenty of stereotypes in my head, which I much later could only vaguely remember the origins of.

With the travel, many expectations for other goods and experiences, as well as disillusionments, followed: from foreign yoghurt to Barbie dolls, always too little or too much, or not exactly the right ones. For Tamane, pictures of the objects for resale brought back by her dad are the starting point of the work “Sold Out” (2016), where she has arranged images in countless rows and long columns and printed them as a single print. Both of Tamane’s parents cross the physically non-existent, fluid yet very real boundary between Eastern and Western Europe, taking advantage of the economic opportunities that first, the dissolution of the Soviet Union and later, Latvia’s joining the European Union created. Both of her works also hint at the stark social and economic inequalities that exist within the EU member states.

Another work on crossing borders is “Flower Smuggler”. It portrays Tamane’s grandmother, who was accused of smuggling because of crossing the Latvian-Russian border with two flower pots. She wanted to bring flowers to the grave of her father, who is buried in Abrene, a Latvian territory annexed by the USSR in 1945, which still belongs to Russia and requires a visa to get into. Images of flowers taken by her grandmother, as well as documents that were sent to her from the customs house of the Russian Federation, subtly reveal how a complex political history and presence intertwines with the desires, needs and dreams of ordinary people.

Before involving moving and migration in her work, Tamane in fact focused on quite the opposite, repeatedly taking footage of the women of her family sitting still on a sofa next to each other. “Family Portrait” (2012-ongoing) is updated with a new shot every time the artist comes back to Riga, where all of them – herself, her mother, grandmother and great-grandmother meet. The last image only contains three of them, since the artist’s great-grandmother passed away in 2016. Tamane comes from a Russian-speaking family in Latvia, a community in which the role and status changed significantly after Latvia regained its independence, marginalising the formerly dominant language, and the people speaking it; thus questions of identity and belonging have always been present in Tamane’s work. The difference between generations is also palpable; the artist represents the younger generation, who study abroad and become citizens of the world more than being members of any ethnic group. Seeing the quiet women on the sofa, the question arises as to whether those women inhabit the same time zone. Can one be jet-lagged without even having travelled?

Inga Lāce (b.1986) lives in Riga and is a curator at the Latvian Centre for Contemporary Art (LCCA). She was a curatorial fellow at de Appel Arts Centre, Amsterdam (2015-2016) and has been co-curator of the 7th, 8th and 9th edition of the contemporary art festival SURVIVAL KIT, as well as co-curator of a research project “Portable Landscapes” tracing and contextualizing Latvian artists’ emigration and exile stories throughout 20th century at Villa Vassilieff, Paris and Latvian National Art Museum, 2018.